Islands and Protected Areas of the Gulf of California

The site comprises 244 islands, islets and coastal areas that are located in the Gulf of California in north-eastern Mexico. The Sea of Cortez and its islands have been called a natural laboratory for the investigation of speciation. Moreover, almost all major oceanographic processes occurring in the planet’s oceans are present in the property, giving it extraordinary importance for study. The site is one of striking natural beauty in a dramatic setting formed by rugged islands with high cliffs and sandy beaches, which contrast with the brilliant reflection from the desert and the surrounding turquoise waters. It is home to 695 vascular plant species, more than in any marine and insular property on the World Heritage List. Equally exceptional is the number of fish species: 891, 90 of them endemic. The site, moreover, contains 39% of the world’s total number of species of marine mammals and a third of the world’s marine cetacean species. 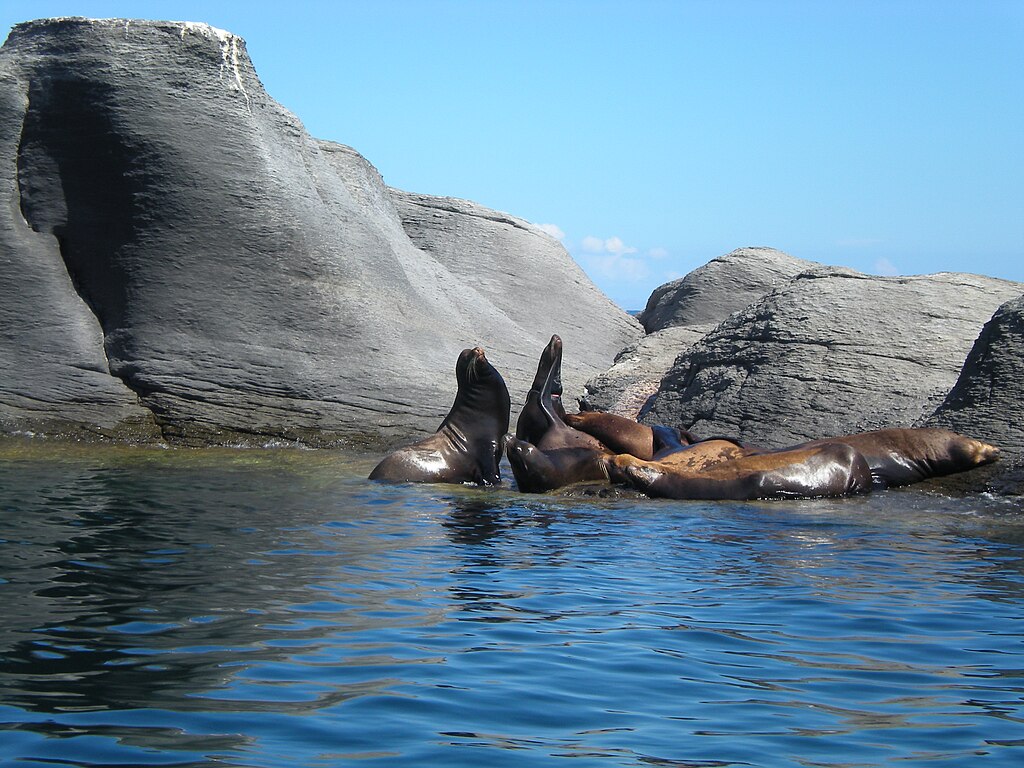 The Gulf of California in Northwestern Mexico, once famously dubbed the “Aquarium of the World”, is recognized as an area of global marine conservation significance. Less known but equally spectacular are the terrestrial conservation values of the islands and coastal areas most of which are part of the Sonoran Desert. As a serial property, Islands and Protected Areas of the Gulf of California includes representative components of all major oceanographic zones of the biogeographically diverse Gulf, thereby capturing a broad spectrum of landscapes and conservation values. Extending from the Colorado River Delta in the north to 270 kilometres southeast of the tip of the Baja California Peninsula, the property includes 244 islands and islets clustered in eight major groups and another nine protected areas with coastal and marine zones. The total area is 1,837,194 hectares, of which about one quarter are terrestrial and the remainder marine.

The rugged islands and coastal desert contrasting with the surrounding turquoise waters are of striking natural beauty. Speciation both on land in the many islands and in the Gulf has resulted in a notable diversity of life forms with a high degree of endemism. The productivity of the Gulf also leads an extraordinary natural abundance of many marine species. There are some 900 species of fish, around 90 of them endemic, and roughly one third of the World’s marine mammals occur within the property. The islands and islets are mostly of volcanic origin. There are numerous species of succulents, including some of the World’s tallest cacti, exceeding 25 meters in height. Overall, some 700 species of vascular plants have been recorded. There are many species and impressive numbers of resident and migratory birds with some small islands hosting major proportions of the global population of Heermann’s Gulls, Blue-footed Booby and Black Storm Petrel.

Criterion (vii): The serial property is of stunning landscape beauty with dramatic contrasts between the rugged and seemingly inhospitable islands, coastal deserts and the brilliant reflection from the surrounding turquoise waters. High rocky cliffs and sandy beaches in countless forms and colours rim the islands and coasts. The beauty of the desert landscape is complemented by the fascinating and highly diverse desert vegetation and the ubiquitous birds. To the south, the islands are covered with deciduous vegetation and stand out from the vast blue sea. The diversity and abundance of marine life associated with spectacular submarine terrain and unusual water transparency turn the underwater seascape into a globally renowned diver’s paradise.

Criterion (ix): A major foundation of the Gulf of California’s phenomenal marine productivity are nutrient-rich upwelling oceanic currents supporting abundant phytoplankton and zooplankton, which in turn provide nurseries for larval reef fish. However, many other oceanographic processes, such as wind-driven currents, tidal mixing and thermohaline circulation, occur in the property, giving it extraordinary importance for conservation and the study of marine and coastal processes. The Gulf of California is notable for containing ecologically distinct bridge islands, populated across past land bridges, and oceanic islands populated by sea and air. The multitude and diversity of islands in terms of origin, size, environmental conditions and distance to the mainland has enabled an ongoing evolutionary speciation and endemism of major significance for conservation and science. The many components of the property are both part of a vast landscape and distinctive in many ways, ranging from a variety of pelagic and benthic environments to coral reefs, as well as mudflats, coastal wetlands and various types of desert and deciduous forest.

Criterion (x): The diversity of terrestrial and marine life in the property is extraordinary and constitutes a global priority for biodiversity conservation. On land, the close to 700 species of vascular plants are notable within a desert environment. There are 115 species of reptiles, almost half of them endemic, in some cases even to individual islands. 154 land bird species have been recorded and the property is of particular importance to migratory species. Almost 900 species of fish have been documented with some 90 species occurring exclusively in the Gulf of California or parts of it. These include the critically endangered species Black Sea Bass and Totoaba, as well as the vulnerable Basking Shark. The serial property provides habitat for roughly one third of the world’s total number of marine mammals, sometimes in impressive numbers, for example huge colonies of California Sea Lion. The five species of dolphin include the critically endangered Gulf Porpoise or “Vaquita”. Eleven species of whale visit the northern Gulf, such as the endangered Blue Whale and Fin Whale and the vulnerable Sperm Whale. The coral reef at Cabo Pulmo is one of the most important in the Gulf of California and in the eastern Pacific. The marine habitats also harbour large concentrations of macro-invertebrate life with many endemic species, especially in the intertidal zones.

Culiacán (Culiacán Rosales) is a city in Sinaloa, Mexico. It is rarely visited by foreign tourists and is heavily underrated as a tourist destination. Almost no guide books on Mexico cover Culiacán, or if they do, they give very brief one-paragraph descriptions at most. However, Culiacán is very well-known by Mexicans for its distinct sinaloense culture. Culiacan is a large city located almost in the geographic center of the state of Sinaloa, about 900 miles south of the U.S.-Mexico border. Locals of Culiacán are known as culichis (Similarly, natives of Guadalajara are known as tapatios.). Culiacán is famous for producing some of the best-known norteño and banda musical groups in Mexico, including Los Buitres de Culiacán, Los Bukanas de Culiacán, Larry Hernandez, Los Buchones de Culiacán. Culiacán is dry for most of the year, except for the wet season which lasts from July to September. See Plazuela Alvaro Obregón — The city’s main square, the Plazuela has many acrobats, artists, and musicians entertaining passersbys [read more].

Mexicali (also known informally as Chicali) is a city in Baja California, Mexico. It is the capital of the state of Baja California, and is located immediately across the border from Calexico in California. While cool throughout the rest of the year, visitors can expect a very hot climate during the summer months with average high temperatures ranging from 101 ºF to 108ºF (38° to 42°C). Mexicali has a population of around 1 million people according to the last census, although it is believed that the number is now closer to 1.5 million. The city has grown from a small border town to a modern city with a sizable middle class and an even bigger upper class. The standard of living is the highest in Mexico. It is recognized in Mexico for its sizable investment in education and low unemployment. It is a progressive city with main industry that has gone from agricultural to industrial [read more].

Tijuana is a city in Baja California, Mexico, just across the border from San Diego, California, USA. The city has grown from a small border town with a salacious reputation during the Prohibition Era in the United States into a large, modern city with a sizable middle class. Its proximity to the United States has made it a very popular tourist destination, especially for day-trippers from San Diego. Tijuana has a population of over 1.6 million as of the 2015 census. Tijuana and its U.S. neighbor San Diego form the largest metropolitan area on the U.S.-Mexico border, with a population of 4.5 million. Economically, a growing middle class disposable income has fueled Tijuana’s transformation into a modern city with a vibrant culture, a characteristic that has attracted many national and international businesses, which had largely shunned the city before. Aside from the middle class, in Tijuana you can reasonably expect to find areas filled with wealthier people [read more].