From Easter Island to Tikal, plan a trip around these 15 famous ancient ruins around the world—all of which are UNESCO World Heritage sites.

Source: 15 Incredible Ancient Ruins Around the World to Visit

The most breathtaking geography in Ethiopia; Eben Diskin; Matador Network 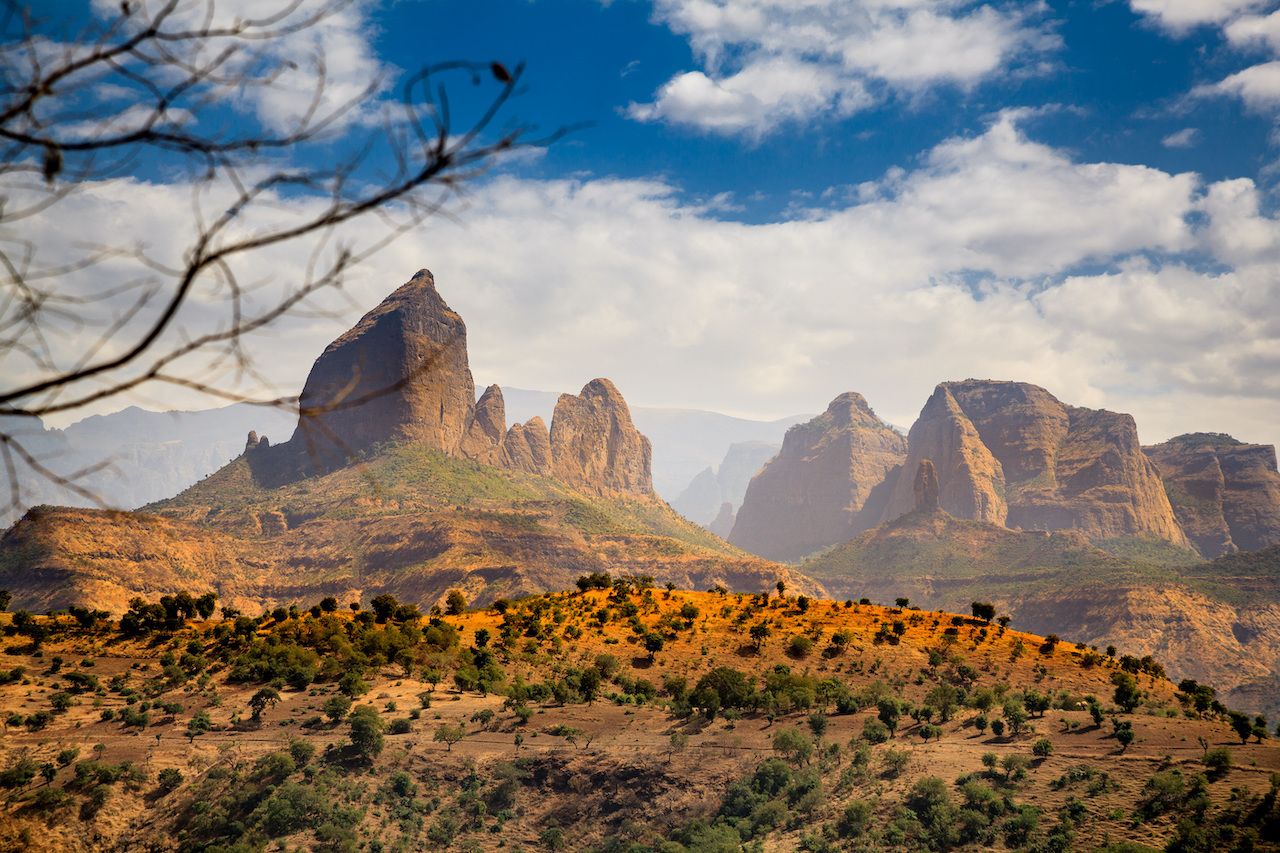 Waterfalls, mountains, volcanoes — Ethiopia’s got it all.

Source: The most breathtaking geography in Ethiopia 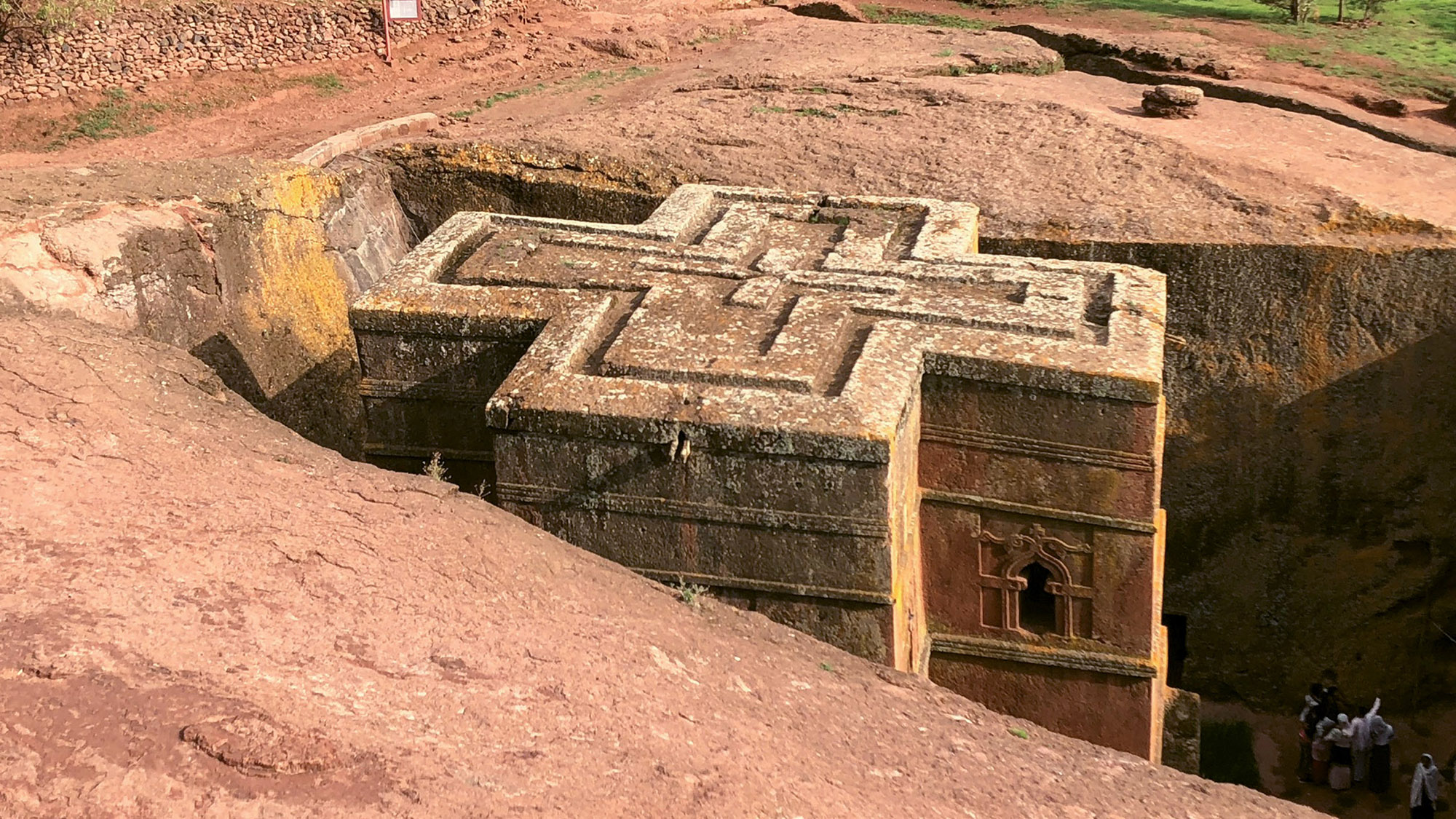 Rugged natural beauty, rich culture and unique wildlife on treks with Tesfa Tours, one of Lonely Planet’s Best in Travel picks for 2021.

“Eighth Wonder Of The World”: The Sacred Orthodox Rock Church Of Saint George In Lalibela, Ethiopia; Design You Trust

The Church of Saint George was carved downwards from a type of volcanic tuff. This is the sole architectural material that was used in the structure. It has been dated to the late 12th or early 13th century AD, and thought to have been constructed during the reign of King Gebre Mesqel Lalibela, of the late Zagwe dynasty.

Sights in Ethiopia’s rich history are a marvel through Aksum.

Lalibela, Ethiopia’s New Jerusalem. Known as the Land of Origin, Ethiopia has a remarkable diversity which is reflected across its 12 provinces and nine UNESCO World Heritage Sites.

The modern world edges into one of the cradles of humankind; Stanley Stewart; National Geographic

Source: The modern world edges into one of the cradles of humankind

A Tour Of Ethiopia? Here’s The Best Places To Visit; Africa.com Ancient and glorious, Ethiopia is the “Land of Thirteen Months of Sunshine.” This magical country reverberates with a certain fervor, one you’d definitely relish…

Source: A Tour Of Ethiopia? Here’s The Best Places To Visit – Africa.com

Not many tourists but that is changing. Fast.

Source: Ethiopia is one of Africa’s best kept secrets

How to Visit the Gelada Monkeys in Ethiopia; Brooke Saward; World Of Wanderlust

As one of the main draw cards for nature-loving travellers to Ethiopia, the bleeding heart Gelada monkeys are reason enough to travel North to a whopping 4,500m above sea level. The monkeys are one of the few life experiences you have to encounter primates at such proximity in their natural habitat and feel a true…

Source: How to Visit the Gelada Monkeys in Ethiopia | WORLD OF WANDERLUST

From the Sahel to the Sahara and from ancient cities to gleaming beaches, here’s a photo journey across African landscapes and their eight distinct regions.

As of 2019, Ethiopia is home to nine UNESCO World Heritage Sites. Eight of these sites are cultural, making Simien Mountains the only natural site.

Travel Through Ethiopia’s UNESCO Sites; While In Africa

As of 2019, Ethiopia is home to nine UNESCO World Heritage Sites. Eight of these sites are cultural, making Simien Mountains the only natural site. 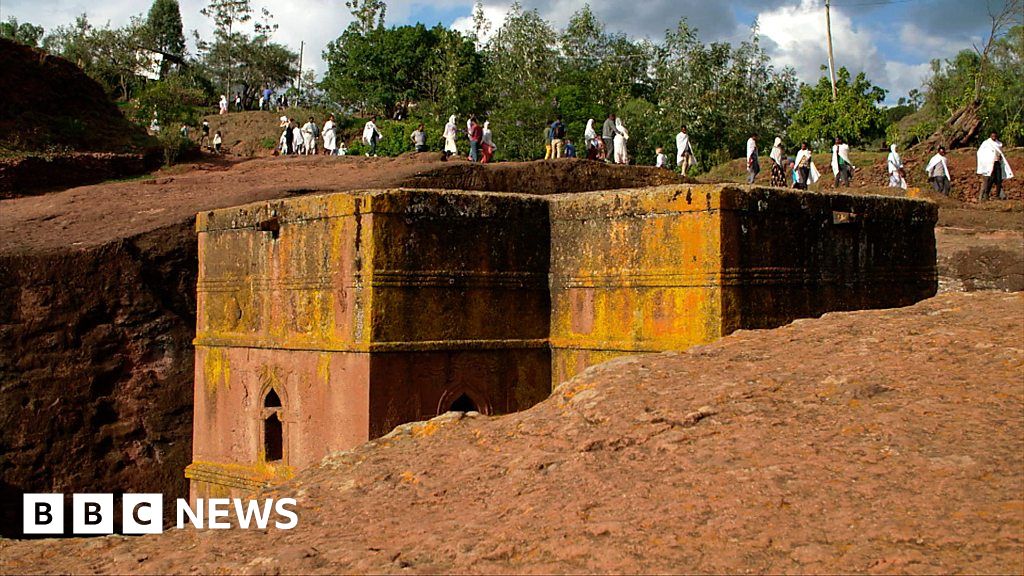 Dating back to the 12th and 13th Centuries, the churches are designated a World Heritage site. 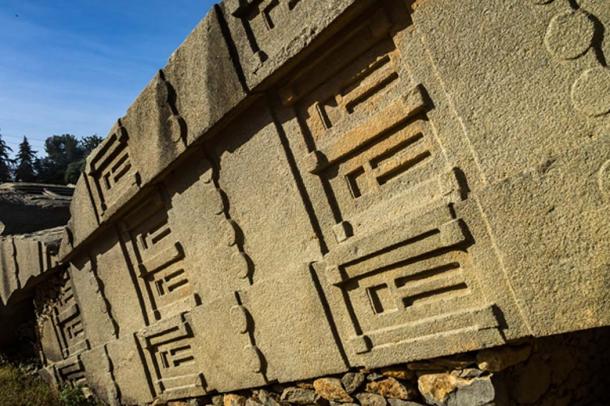 For those of you already familiar with the remarkable monoliths which stand in Axum, Ethiopia, you will no doubt be aware of their uncanny resemblance to modern tower block apartment buildings.

Camping with wolves and dancing with AK47s: the hidden treasures of Ethiopia; Guy Kelly; Telegraph 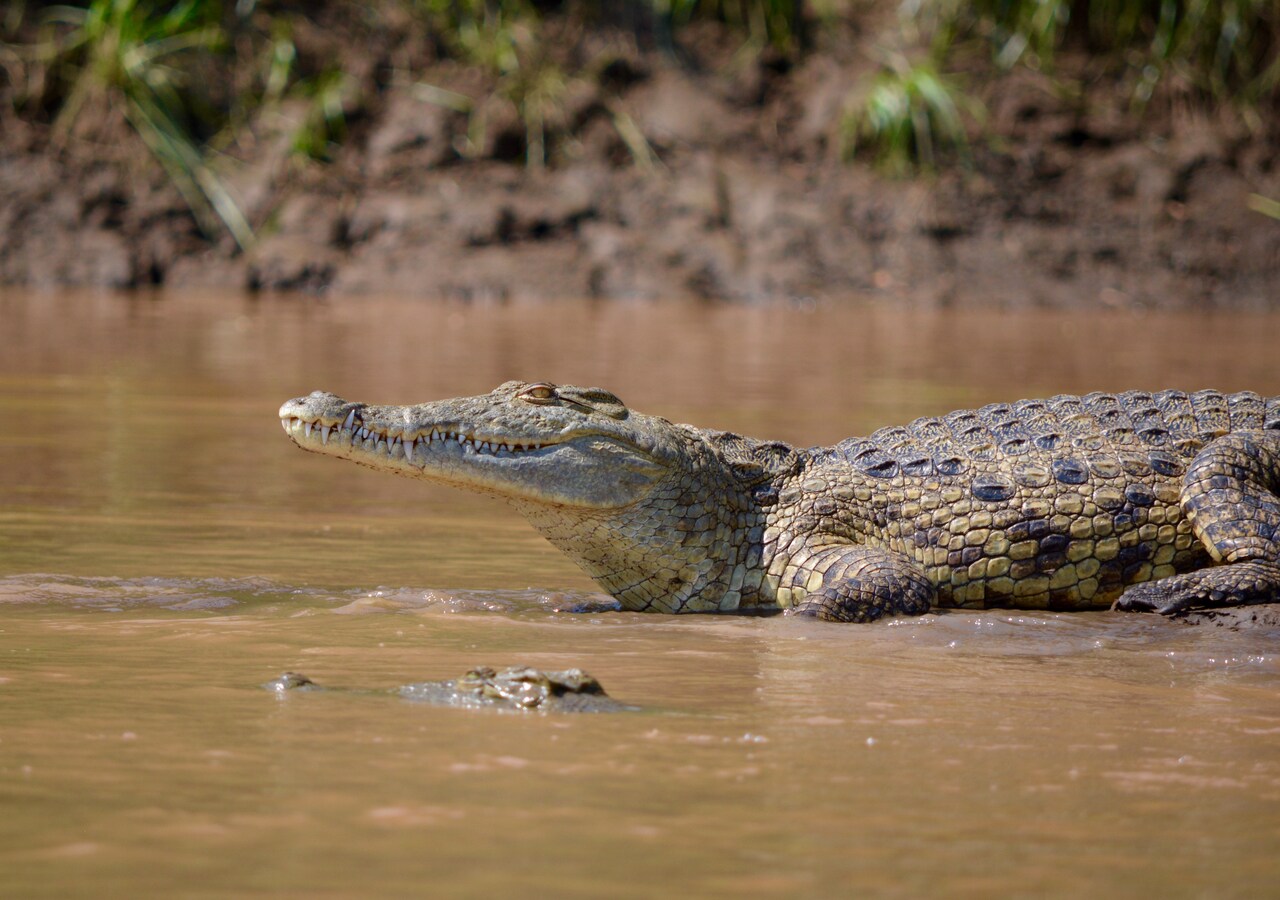 Source: Camping with wolves and dancing with AK47s: the hidden treasures of Ethiopia

15 Essential Activities To Do In Ethiopia On A Budget; Africa.com

Ethiopia is one of the oldest and most remarkable places in Africa. It’s got a long and storied history, incredible food, and some of the most impressive UNESCO World Heritage Sites…

Source: 15 Essential Activities To Do In Ethiopia On A Budget – Africa.com

Trekking can be a lonely experience but not when you run into plentiful friendly locals – baboons, monkeys, jackals and hydrax – along the way.