Armenia is one of the fascinating places in the world. An underrated nation for decades, until recently when European tourists found out about its rich millennias-old history, ancient monuments, majestic countryside, the lush highlands, and much more. Vic Gerami just came back from Armenia. It was his third time there and the most memorable.

Armenia Itinerary – what to see in Armenia in 3-14 days; Kamila Napora; My Wanderlust

Are you thinking of visiting Armenia? This Armenia itinerary will help you plan your perfect Armenia trip. Check it out!

Source: Armenia Itinerary – what to see in Armenia in 3-14 days

Americans can now travel to 47 nations for vacation and tourism — here’s the list of every open country and how to get there; Rachel Premack & Thomas Pallini; Markets Insider 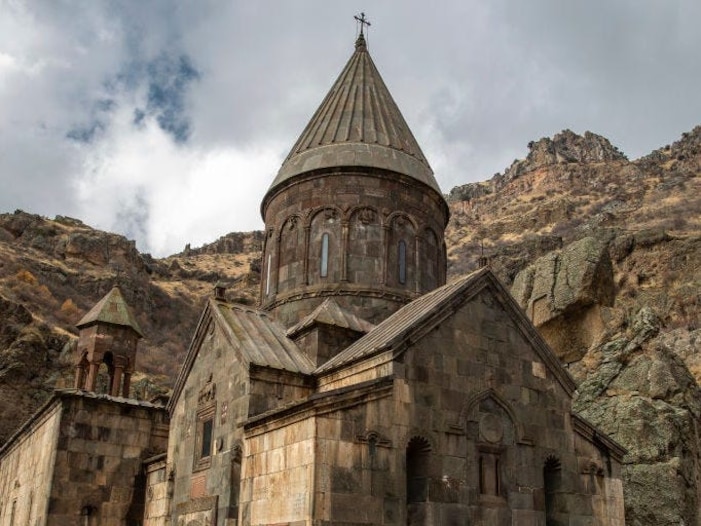 Source: Americans can now travel to 47 nations for vacation and tourism — here’s the list of every open country and how to get there | Markets Insider 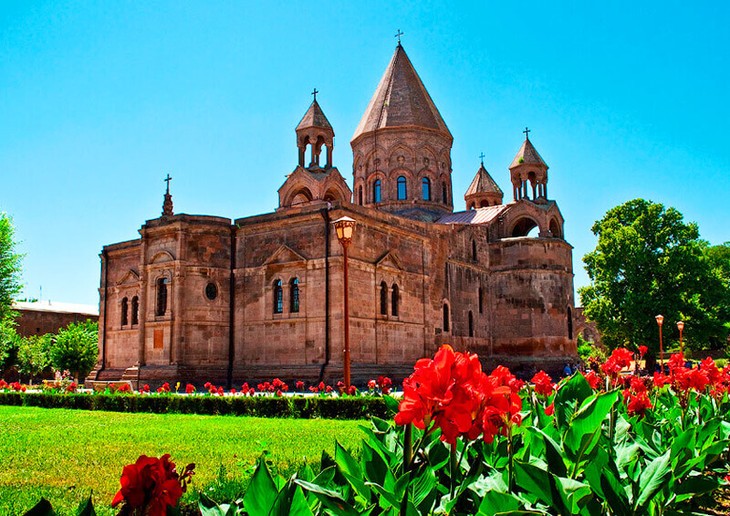 Armenia is an underrated destination in the Caucasus. With a rich history that dates back to the ancient trade route, Armenia is a unique destination that needs to be on your bucket list. In today’s show, VoV World will have Adrineh Der-Boghossian, an Armenian-Canadian freelance editor, share with VoV World some quirky and fun facts about Armenia that you probably didn’t know. Traveling gives us a whole new perspective of what really is. The magical beauty of a place suddenly comes alive before our very eyes. Just like this recent trip to Armenia. by Christine S. Dayrit…

The Differences between Ancient and Medieval Byzantine and Armenian Christianity; Michael Goodyear; Brewminate 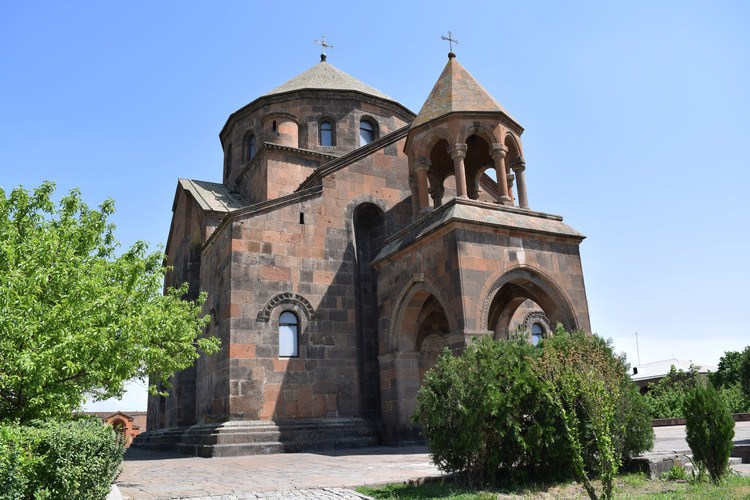 Source: The Differences between Ancient and Medieval Byzantine and Armenian Christianity Site in Armenia to Be Granted Enhanced UNESCO Status; The Armenian Mirror-Spectator PARIS (PanARMENIAN.Net) — Monastery of Geghard and the Upper Azat Valley will be granted an Enhanced Protection status by the United Nations Educational, Scientific and Cultural Organization (UNESCO), according to a decision adopted by the organization. Enhanced protection is a mechanism established by the 1999 Second Protocol to the 1954 Hague Convention for the Protection of Cultural Property in […]

Source: Site in Armenia to Be Granted Enhanced UNESCO Status – The Armenian Mirror-Spectator 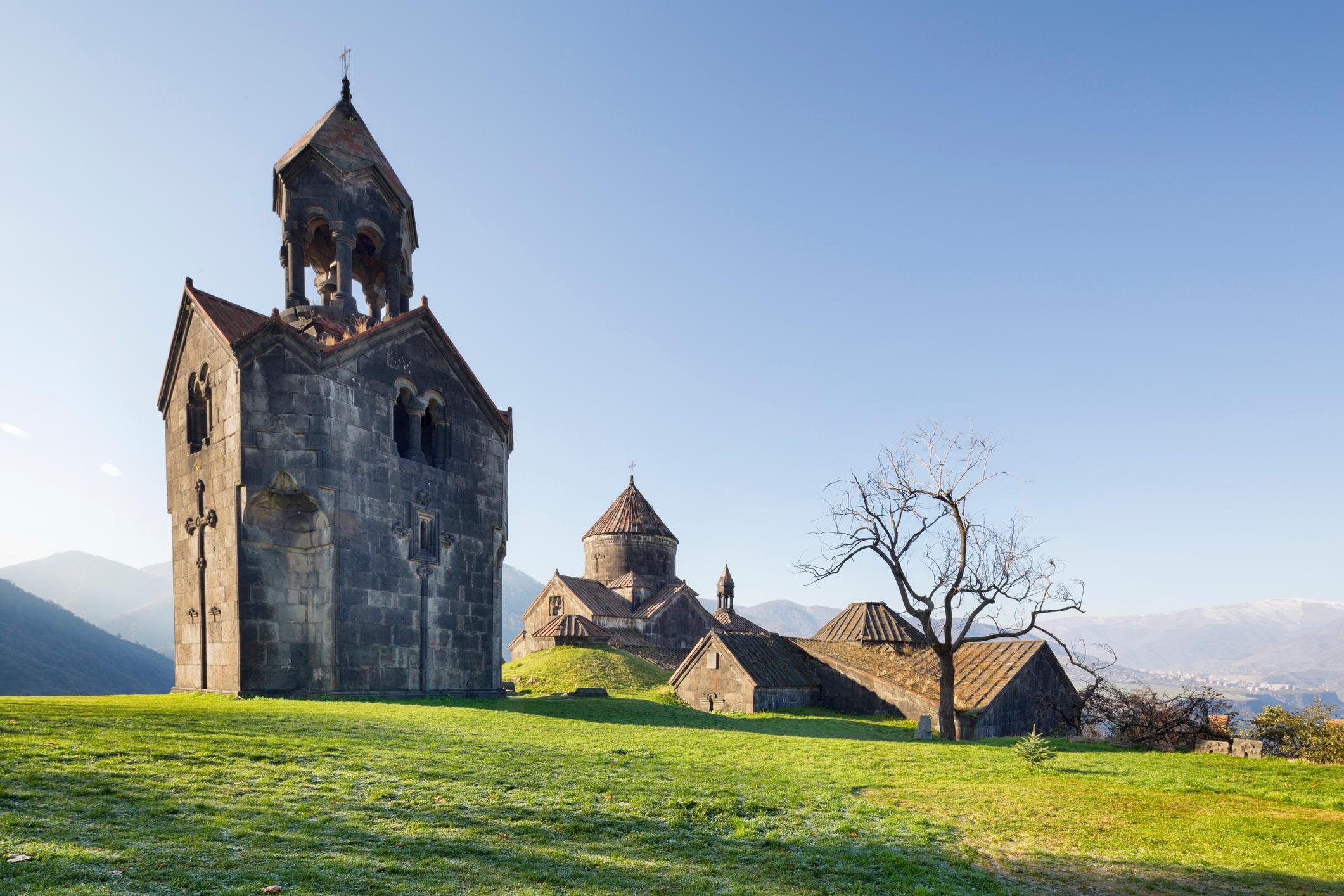 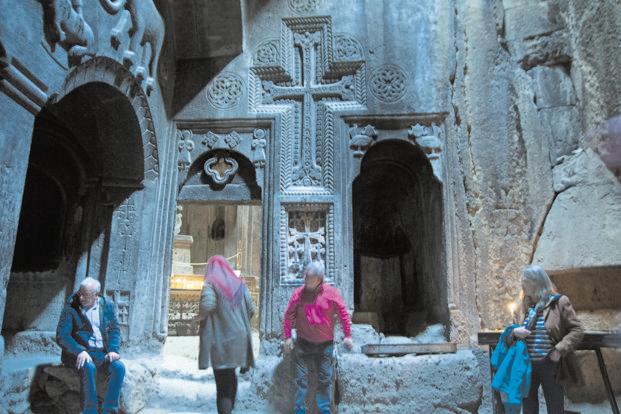 With over 4,000 churches and monasteries, some of which are Unesco World Heritage Sites, Armenia is variously described as the ‘cradle of Christianity’ and the ‘land of churches’… 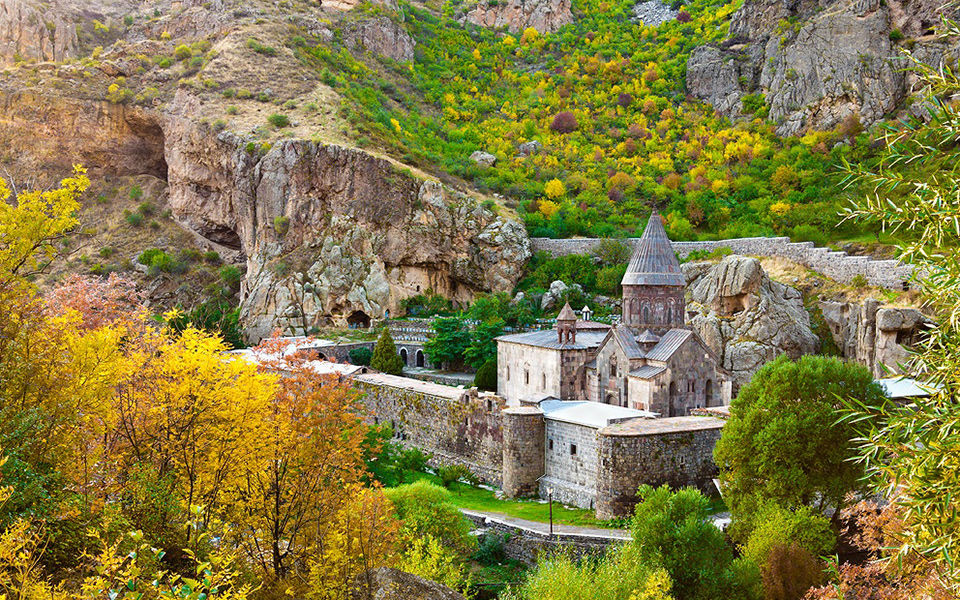 Armenia – Monastery of Geghard and the Upper Azat Valley

When my father told me that we were going to Armenia, I have to admit, I had never heard about the country except for a brief mention in a few Elif Şafak’s books. I quickly googled and learned that the Republic of Armenia is a country in the South Caucasus region of Eurasia and is bordered by Turkey to the west, Georgia to the north, Azerbaijan to the east, and Iran to the south.

A little about the history of this country for those of you giving me company living under the rocks ; Armenia is one of the world’s oldest countries and the first country to have adopted Christianity as its state religion in 301 AD.

The oldest cathedral in the world is in Armenia; Daniel Esparza; Aleteia Built in 301 by St. Gregory the Illuminator, it is a testament to both Armenian and universal history.

The Etchmiadzin Cathedral, in the city of Vagharshapat, is the main church of the Armenian Apostolic Church. According to both historians and archaeologists, it is the first cathedral built in Armenia. This means Etchmiadzin shares a place of honor with the Archbasilica of St. John Lateran in Rome, the Rotonda of St. George in Thessaloniki, and the Church of Dura-Europos in Syria among the oldest churches in the whole world. 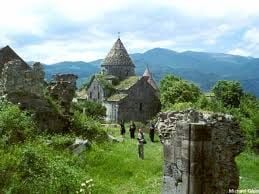 April 24, 2015, marked the 100th anniversary of the Armenian Genocide, during which 800,000 to 1.5 million ethnic Armenians perished in conflict with the Ottoman Empire.

A wonderful article on Armenia by Ruth Hill of Washington Times, who writes columns about contemporary Christian travel destinations.

Ancient stone walls hang off cliffs overlooking the beautiful Azat River Gorge in Armenia. Grounds of the Geghard Monastery hold monastic cells and several small churches, cut from surrounding rock during the 11thcentury. Visitors can almost hear the chanting monks whose pious steps have worn valleys into the stone steps.

Remembering genocide and faith at Geghard Monastery in the mountains of Armenia; Andy Anderson; Huntsville Times 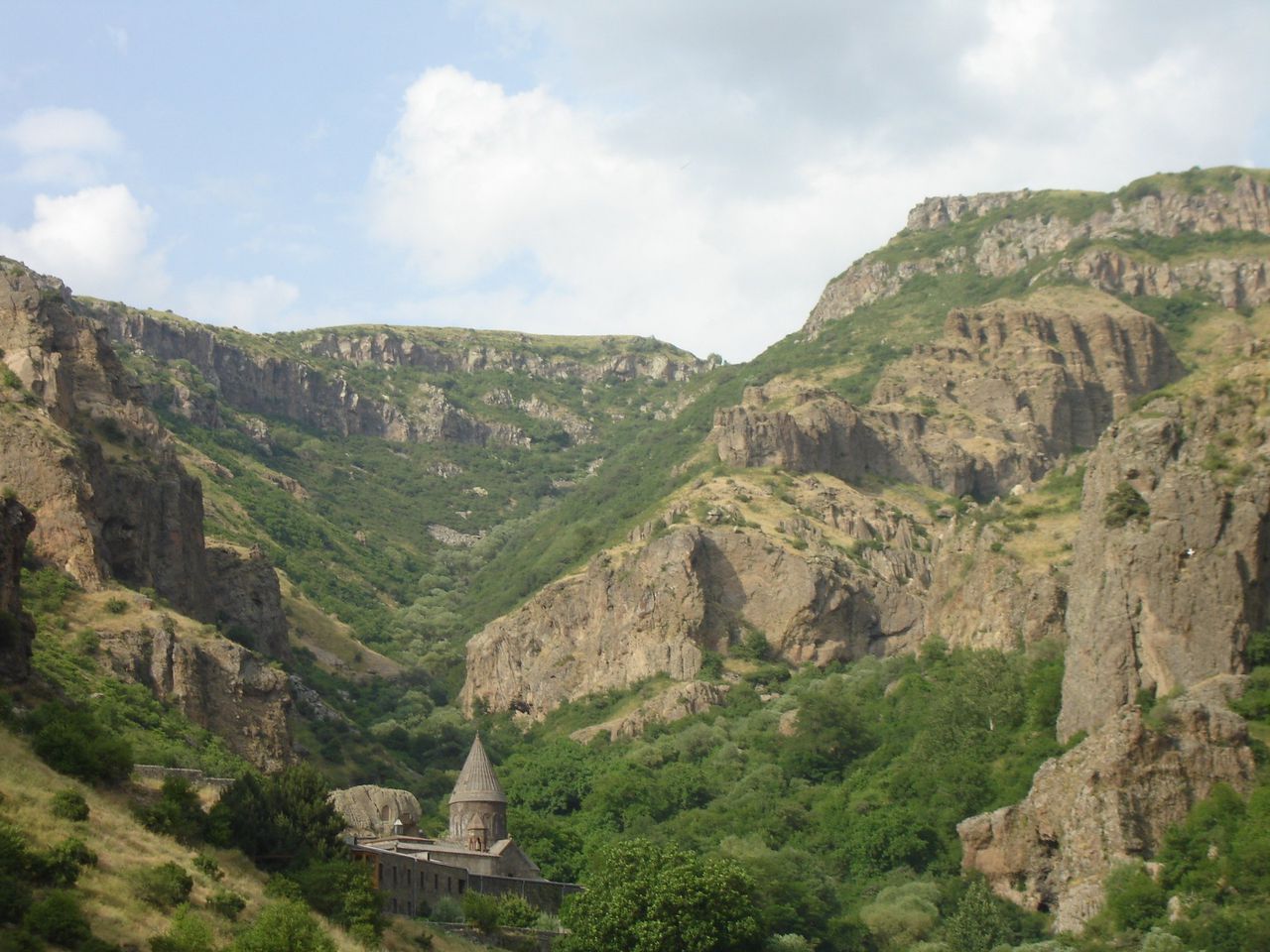 Christianity, as founded by the Apostles Thaddeus and Bartholomew in the generation after the death of Jesus, survives with inspirational power in Armenia.

Source: Remembering genocide and faith at Geghard Monastery in the mountains of Armenia