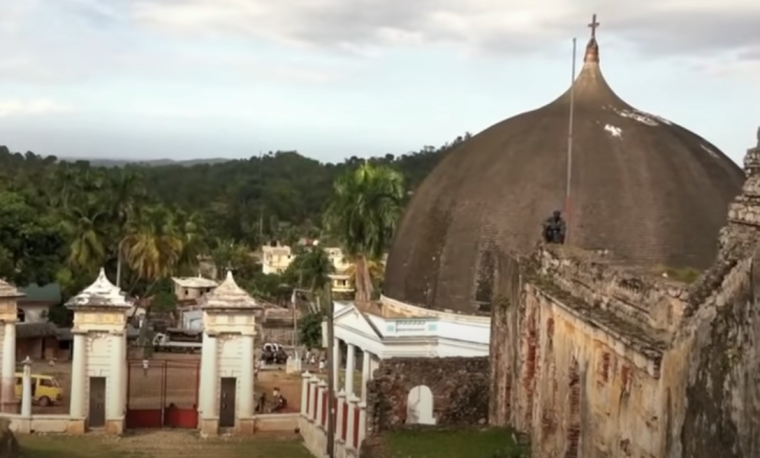 A historic church in Haiti that is part of a UNESCO World Heritage site has been significantly damaged following a fire that engulfed and destroyed its wooden dome.

A fire ripped through one of Haiti’s oldest churches overnight, officials said Monday, causing the dome of the UNESCO-listed world heritage site to collapse. It was not immediately clear what caused the blaze at the Our Lady of the Immaculate Conception church in Milot, in the north of the country.

Abandoned palaces reveal secrets of the past; Francesca Street; CNN

Michael Kerrigan’s fascination with abandoned places started in childhood. Now his new book “Abandoned Palaces” looks at some the grandest mansions that have been left to the ravages of nature.

Source: Abandoned palaces reveal secrets of the past

The Many Places Claiming to Be the ‘Eighth Wonder of the World’; Becky little; History Channel

Want to visit the original Seven Wonders of the World? Unfortunately you can’t, because only one of them exists anymore. The original list—sometimes called The…

Source: The Many Places Claiming to Be the ‘Eighth Wonder of the World’

What is next for Haiti’s tourism? Improving resilience and creating a new destination in the Caribbean; World Bank

Every year, half a million tourists flock to the beaches of Labadee, where Royal Caribbean Cruise ships dock for the benefit of passengers yearning for a brief escape to Caribbean shores.

The Atlantic-bathed beach resort is located some six kilometers from the northern city of Cap-Haïtien. It has become a genuine tourist destination thanks to its colonial architecture, it’s delicious ‘’capois’’ cuisine and its proximity to the National History Park, a UNESCO World Heritage Site boasting historic monuments such as the Citadelle Henry, the Sans Souci Palace, and the Milot Church.

Yet, a mere 80,238 tourists visited the National History Park in 2014. While these numbers represent a significant increase in tourism, it pales in comparison to the crowds of tourists lining Labadee’s beaches. For the Royal Caribbean passengers, the opportunity of walking through Cap-Haïtien’s historic city center and visiting the National History Park could stimulate both the development of tourism and the local economy.

Read more from source: What is next for Haiti’s tourism? Improving resilience and creating a new destination in the Caribbean 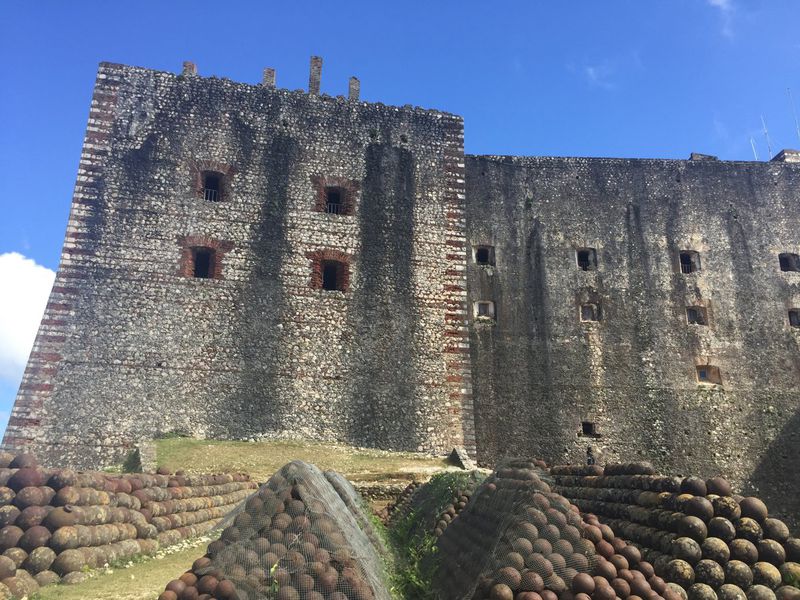 President Trump may have given Haiti an unlikely boost when he labeled the Caribbean country a “sh–hole” last month.

The comment — made during an immigration meeting in the Oval Office — has prompted a spike in Google searches and general curiosity about this much misunderstood country, spurring visits like the one filmed by late night host Conan O’Brien for a recent TBS special.

Pristine beaches, mountaintop fortresses and eclectic artist enclaves are not what spring to mind when most Americans consider Haiti. Poverty, political strife and natural disasters have long shaped the narrative around this Caribbean nation, which shares the island of Hispaniola with the Dominican Republic.

But, as Haiti continues to recover from the devastating earthquake of 2010, its natural assets and cultural treasures are returning into focus, and growing increasingly accessible.

Tourists have actually flocked to Haiti for centuries. The first, Christopher Columbus, landed in the port city of Cap-Haïtien in 1492. In the 1960s and ‘70s, Mick Jagger and Jacqueline Kennedy Onassis leisured in the capital, Port-au-Prince. Today, aid workers and NGO contractors outnumber vacationers.

Travelers can improve their understanding of Africa’s significant influence on the Caribbean.

It’s common to hear the term “English Caribbean” or “Spanish Caribbean,” but one you won’t hear is “African Caribbean.” That’s because the phrase would be redundant: The whole Caribbean region has been influenced by Africa. A variety of African countries have contributed immensely to the culture of the Caribbean region — especially its religion, cuisine and music — even while Africans suffered and survived through the slave days of the colonial period.

Visitors are in luck: There are a handful of sites and attractions throughout the Caribbean that are tremendously rewarding for clients in search of a greater understanding of Africa’s contribution to the region. 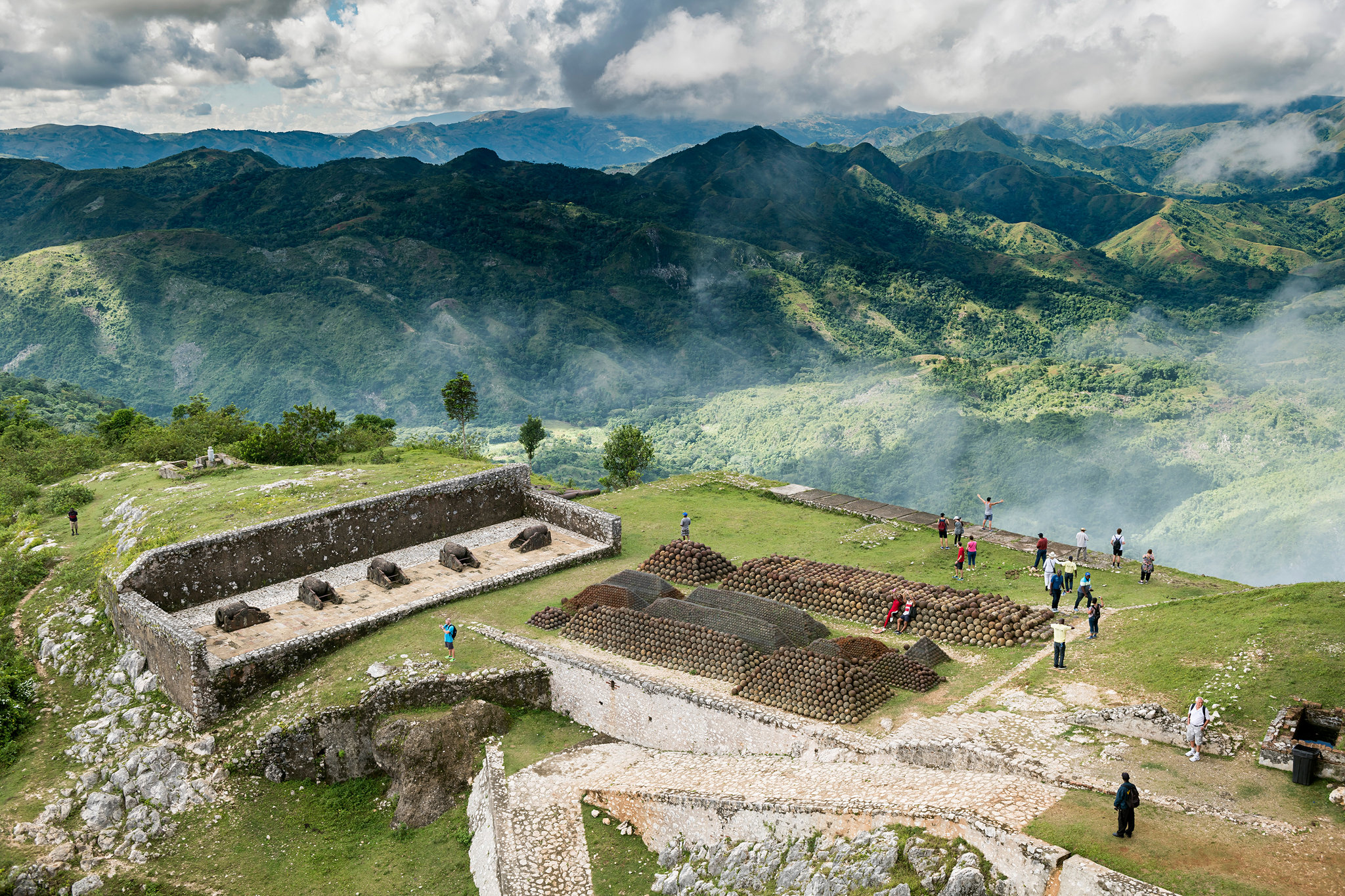 The U.N. says the country is now stable, and tourism is growing.
But the former vacation paradise still has a faded beauty.

Haiti is a fixture in my mind, as permanent as memories of high school graduation or the weekend I first met my wife.

I lived there twice as an American diplomat for a total of four years since 2000, but its hold on me is not a function of time. Of all the countries I lived and worked in, Haiti stood out as the most beautiful, the most colorful and the poorest. It melds French, African and Caribbean cultures into something truly unique, less than two hours from Miami. Yet it also resists easy definition. It is an open, free place filled with secrets.

Today there are conflicting signs about where Haiti is going.

Discovering the Heart of Haiti’s Past at the Citadelle Henry; Thirdeyemom

“Citadelle Henry is a living testimony of the determination of the people to consolidate their right to be sovereign and free, and to decide their own destiny. It is a place of remembrance and reflection, a symbol of dignity and freedom”. – Transcription on a plaque posted at the entrance to Citadelle Henry

Perched high above the ocean within the lush green confines of the mountain Bonnet-à-L’évêque that surround the small farming community of Milot are two of Haiti’s most prized possessions and symbols of freedom, Citadelle Henry and the Palais Sans Souci. Both built in the early 1800s during the reign of Henry Christophe, an important leader of the slave rebellion that led to Haiti’s independence, these two UNESCO World Heritage sites are perhaps the most impressive and iconic monuments in all of Haiti.

When architecture tells a story; Dizzanne Billy; Words In The Bucket

As of July 2016, there were 1,052 United Nations Educational, Scientific and Cultural Organisation (UNESCO) World Heritage Sites scattered across the globe. They are considered to have cultural or natural value and so should be safeguarded for future generations. There are currently 22 UNESCO sites spread across 13 islands in the Caribbean: Barbados, Bermuda, Cuba, Curaçao, Dominica, Dominican Republic, Haiti, St. Kitts and Nevis, St. Lucia, Suriname, Puerto Rico, Belize, and Jamaica. 15 of these have a cultural designation and 7 have a natural designation, and Cuba dominates the list, with a total of 9 UNESCO Heritage Sites.

The high level of diversity in the Caribbean is evident in these Sites, but they also give a peek into the history and complexities of the region. A region whose cultural identity has been impacted by many forces and is tied to a colonial past.