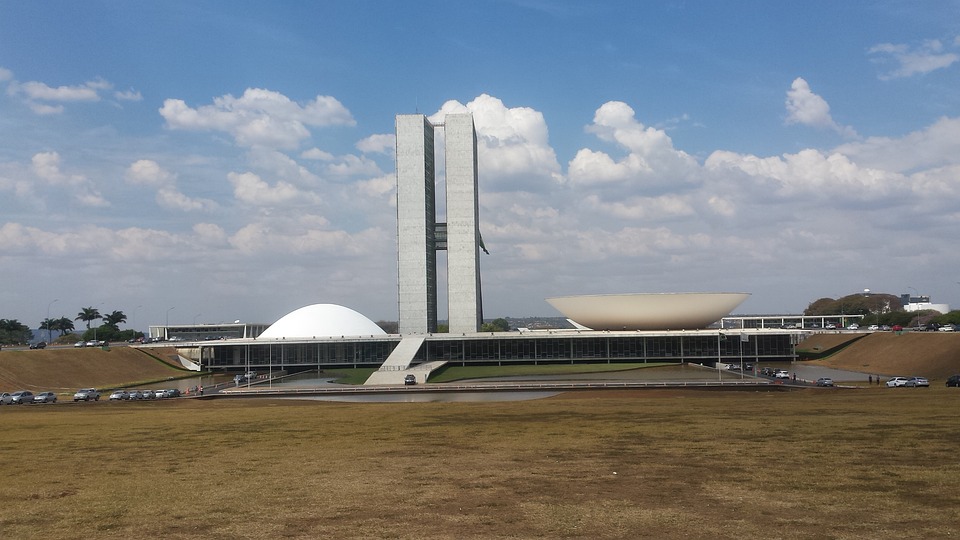 Brasilia, a capital created ex nihilo in the centre of the country in 1956, was a landmark in the history of town planning. Urban planner Lucio Costa and architect Oscar Niemeyer intended that every element – from the layout of the residential and administrative districts (often compared to the shape of a bird in flight) to the symmetry of the buildings themselves – should be in harmony with the city’s overall design. The official buildings, in particular, are innovative and imaginative. 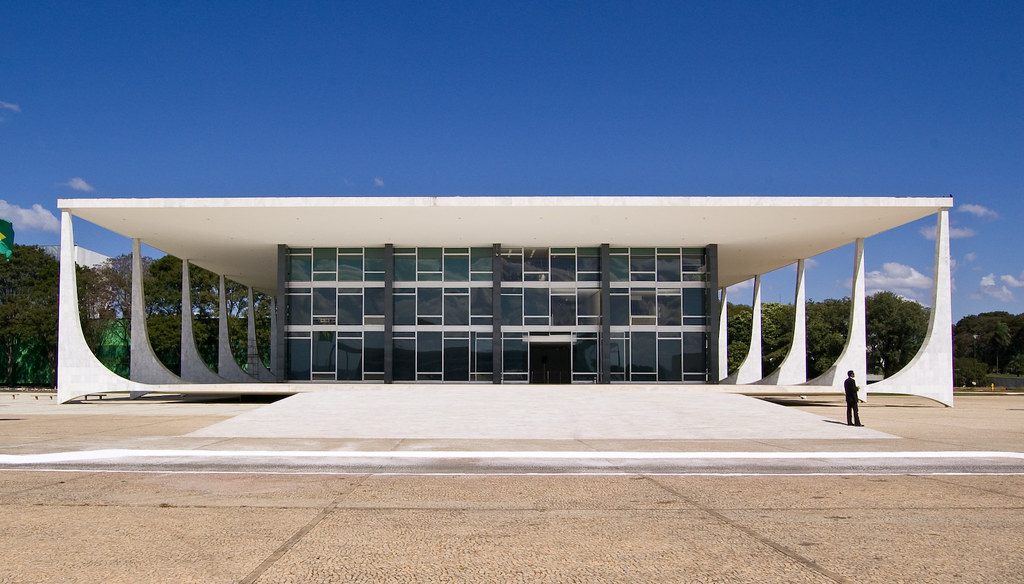 Laid out along a monumental east-west axis, crossed by a north-south axis curved to follow the topography as a transportation thoroughfare, Brasilia is a definitive example of 20th century modernist urbanism. Created as the Brazilian capital in the central western part of the country from 1956 to 1960 as part of President Juscelino Kubitschek’s national modernization project, the city brought together ideas of grand administrative centres and public spaces with new ideas of urban living as promoted by Le Corbusier in six storey housing blocks (quadras) supported on pylons which allowed the landscape to flow beneath and around them. The city’s planning is noteworthy for the remarkable congruence of Lucio Costa’s urban design (the ‘Plano Piloto’) and Oscar Niemeyer’s architectural creations, most powerfully reflected in the intersection between the monumental and thoroughfare axes, which stands as the determining factor of the city’s urban scheme and underscores the representative character of Three Powers Square (Praça dos Três Poderes) and the Esplanade of the Ministries (Esplanada dos Ministérios), also manifest in the geometry of the National Congress and in the new approach to urban living embodied in the Neighborhood Units (Unidade de Vizinhança) and their corresponding Superblocks (Superquadras).

Criterion (i): Brasilia is a singular artistic achievement, a prime creation of the human genius, representing, on an urban scale, the living expression of the principles and ideals advanced by the Modernist Movement and effectively embodied in the Tropics through the urban and architectural planning of Lucio Costa and Oscar Niemeyer. The Brazilian experience is notable for the grandiosity of the project, one which not only brought to a definitive close a particular historical epoch, but which was closely tied to an ambitious development strategy and to a process of national self-affirmation before the world.

Criterion (iv): Brasilia is a unique example of urban planning brought to fruition in the 20th century, an expression of the urban principles of the Modernist Movement as set out in the 1943 Athens Charter, in Le Corbusier’s 1946 treatise How to Conceive Urbanism, and in the architectural designs of Oscar Niemeyer, including the buildijngs of the three powers (Presidential Palace, Supreme Court and Congress with its twin highrise buildings flanked by the cupola of the Senate building and by the inverted one of the House of Representatives), and the Cathedral with its 16 parabaloids 40 metres in height, the Pantheon of Juscelino Kubitschek and the National Theatre.

Brasília, the capital of Brazil and the seat of government of the Distrito Federal, is a planned city in the Central Highlands of Brazil. Inaugurated in 1960, it is a masterpiece of modernist architecture listed as a World Heritage Site by UNESCO and attracts architecture aficionados worldwide. Brasilia is also an important transportation hub for travel within Brazil. The basic structure of Brasilia was completed in just four years, from 1956 to 1960, under the leadership of President Juscelino Kubitschek, with the slogan “fifty years of progress in five”, and the city is in a sense a memorial to him. The cathedral has six columns representing two hands reaching up to almighty heaven. The city is designed in the shape of a giant bird or airplane, with various separated zones assigned for specific functions such as housing, commerce, hospitals and banking. Running down the center of the “airplane’s” fuselage is the thoroughfare called the Eixo Monumental (“Monumental Axis”) and at one end lay the government buildings [read more].

Águas Lindas de Goiás is a municipality located in central Goiás, Brazil. It is the fifth largest city in the state and one of the fastest growing cities in Brazil. Águas Lindas is 193 km. from the state capital of Goiânia. Highway connections with Goiânia are made by BR-153 / Anápolis / BR-414 / Cocalzinho de Goiás / BR-070. For the complete list see It has borders with Santo Antônio do Descoberto, Cocalzinho de Goiás, and Brasília. It is located west of Brasília and borders on the boundary of the Federal District. It is part of the Entorno do Distrito Federal micro-region, which has over 960,000 inhabitants. The city has no major industries but has a variety of small commercial enterprises ranging from small offices, bars, grocery stores and larger supermarkets. Small industries manufacture furniture, sewage pipes, bicycles, sweets and toys. The informal economy is very strong and many people have stalls in fairs either in the city or in neighboring cities [read more].

Goiânia, the capital of Goiás, is a mid-sized city in central Brazil. One of several major planned cities, Goiânia was founded in 1933. The city plan is generally radial, with Avenida Goiás running north-south and intersecting Avenida Anhanguera at the center. It was planned for about 50,000 inhabitants, but as of 2016, it has over 1½ million in the city and 2½ million in the metropolitan area. The architectural plan was designed by Atílio Correia Lima, who took the art-deco style to the first buildings of the city. It was founded by Pedro Ludovico Teixeira because the old capital, City of Goiás, did not meet the administrative needs of the state capital. During the day, there really much to be seen in Goiânia… but it’s most like the urban center of a young region. There are a couple of parks you can visit, shoppings and commercial streets. At the night scenery, you’ll find many bars, pubs and night clubs filled with young people [read more].