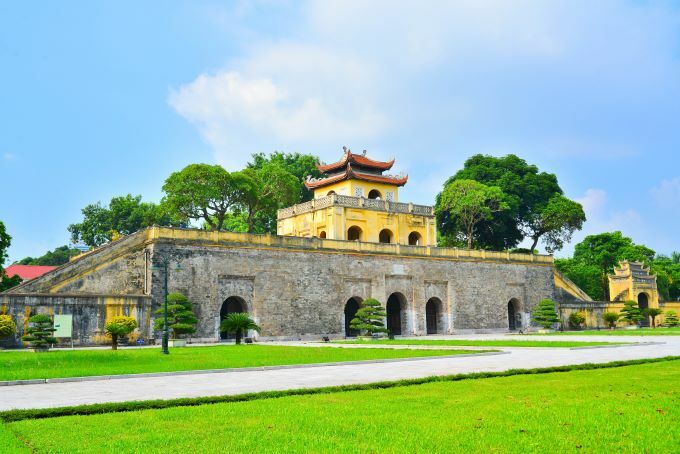 Vietnam’s capital city is one of 66 cities that were designated by UNESCO in early November as Creative Cities in various categories.

Source: View of Imperial Citadel of Thang Long in Vietnam

Protecting cultural assets and creating spaces for community activity were some solutions given during the Cities of the Future and Heritage Preservation conferences, organised in the framework of Italian Design Day (IDD) 2019.

The Hanoitimes – Long Bien Bridge, Hoan Kiem Lake, Ngoc Son Temple… is the nostalgia and heritage in the heart of Hanoi.

The Long Bien Bridge was constructed from 1989 to 1902 during French’s occupation of the country. Though the bridge was designed by French, it was built directly by Vietnamese workers with indigenous construction materials like woods from Phu Tho, Yen Bai, Thanh Hoa province, cement from Hai Phong, Long Tho lime from Hue.
Long Bien was considered the pride, symbol of architecture in the Far East. The bridge was a connection point to transport tons of rice from Northern and Northern Central area of Vietnam to Dien Bien Phu battle, and contributed to the win of Vietnam army against French, 1954.

Today, Long Bien is only one of the seven bridges crossing the Red river of Hanoi.

If you’re heading to Hanoi for a holiday, do make sure you have the Imperial Citadel of Thang Long in your list of to-visit places because it’s one of the few attractions in Hanoi that’s really worth checking out.

The hotel reception staff had given us the wrong information/direction on where the entrance to the Imperial Citadel was located and we wasted time doing a long detour. It took us quite a while to locate the entrance until we saw this sign that pointed us the right way.

If you’re coming from the Old Quarter, walk along Dien Bien Phu street and once you’ve passed Highlands Coffee, turn right. The entrance gate to The Central Sector of The Imperial Citadel of Thang Long is just a stone’s throw away.