Makli: Our own city of silence; Shazia Tasneem; Tribune 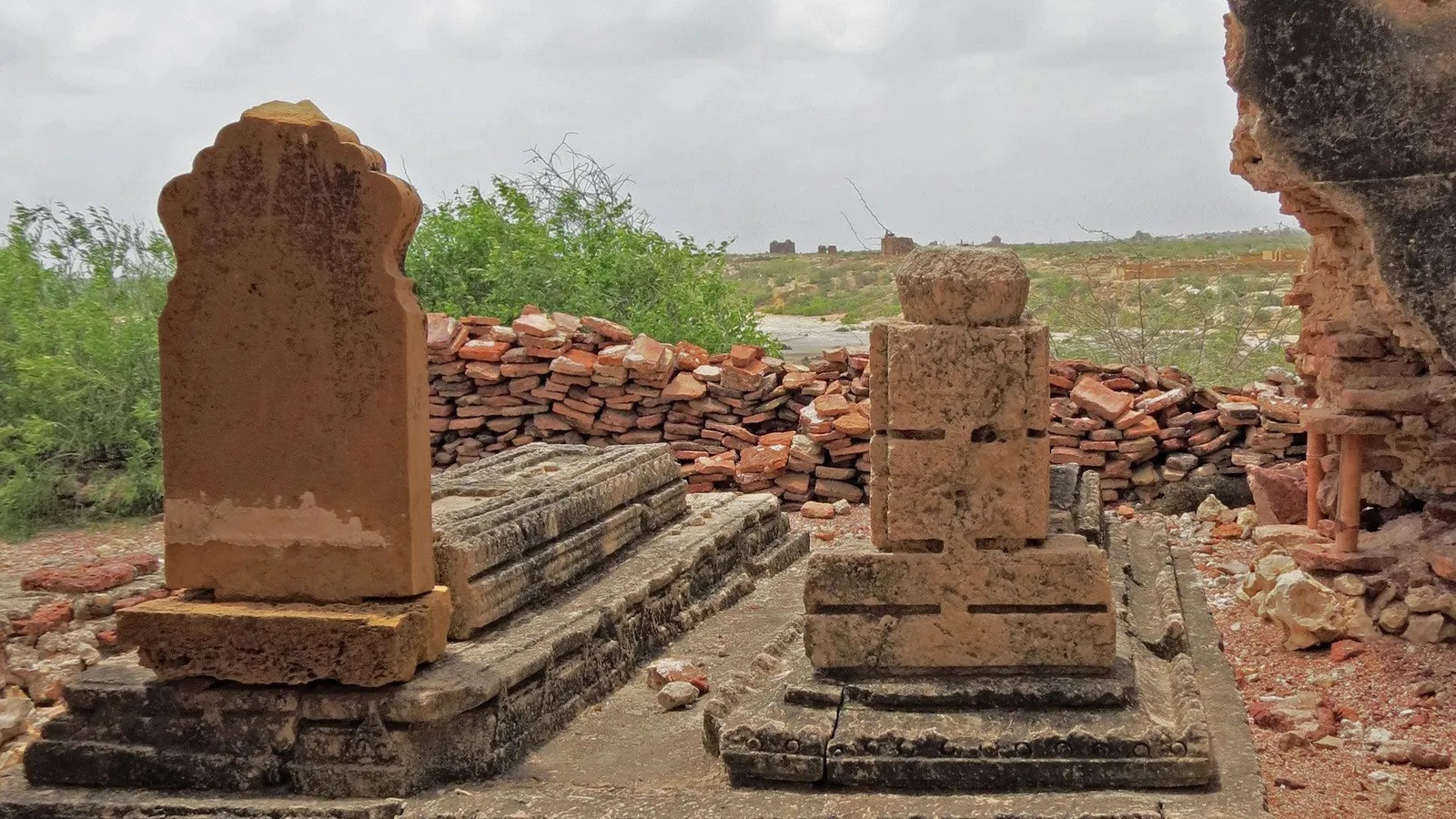 As the final resting place of what may be as many as half a million kings, queens and saints, it may be one of the finest examples of ‘grave towns’ in human history…

Source: Makli: Our own city of silence 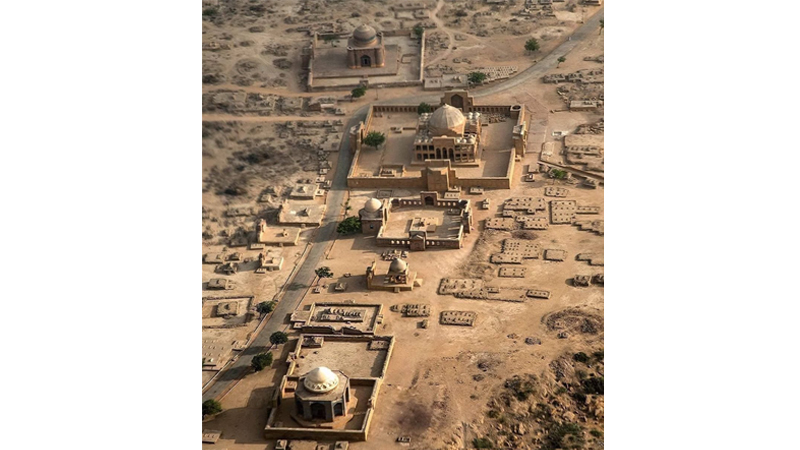 It is our fortune that six Pakistani sites are registered on the United Nations Educational, Scientific & Cultural Organisation’s World Heritage List. The Mohenjo-Daro, Makli necropolis in Thatta, Remnants of Taxila, Lahore Fort and Shalimar Gardens, Rohtas Fort in Jhelum and Buddhist ruins of Takht-e-Bahi in Mardan. A World Heritage site Makli had countless prominence in antiquity becauseof larger-than-life elaborations, intricate designs, stunning structural sites and centuries old monuments, which are a treat for heritage lovers.

THATTA – Thatta is an ancient city of Pakistan. Thatta was the medieval capital of Sindh and served as the seat of power for three successive dynasties. 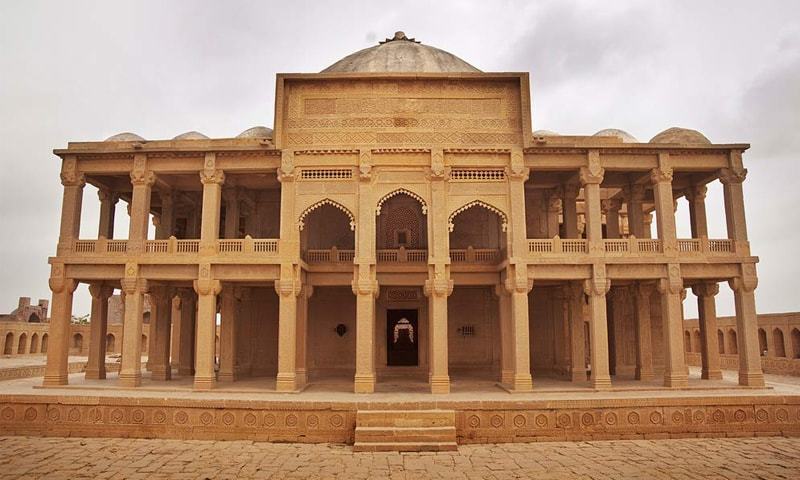 UNESCO recommended that a boundary wall be built around the majestic Makli necropolis. It could not materialise as votes are dearer to the Pakistan Peoples Party, says the World Heritage Watch Report 2018.

World Heritage Watch is a Berlin-based independent body overlooking conservation activities at UNESCO-listed heritage sites. In its 2018 report, anthropologist Zulfiqar Ali Kalhoro writes about Makli, the largest necropolis of the world in Thatta that contains the tombs and graves of kings, queens, poets and religious scholars.

“I have been writing about these issues since forever but nobody listens,” Dr Kalhoro tells SAMAA Digital. “You see, big money is involved.”

His report says that local elites, who have occupied Makli land, resisted building a boundary wall. “The local Shirazi family is creating problems and influencing the State Party [Sindh, Pakistan] not to complete the boundary wall – it would appear that political parties listen more to local elites who are also their voters,” says the report. “They don’t want to lose their votebank, and this is one of the reasons the boundary wall has been stopped.”

THATTA: Sindh Chief Minister,  Murad Ali Shah, addressed the first International Conference held at Makli, Thatta here. He said that the culture of Sindh is one the richest in the world and the history of Mohenjo-Daro is central to it.

Although the historical heritage of Makli necropolis is not a famous necropolis, yet but it is a tale of thousands of people buried there who were a part of one of the early civilizations known to history, he added.

He assured that the recommendations presented by experts and researchers during the conference regarding the improvement of the historical necropolis will be given due consideration, and the government will try to employ all its efforts to work for the implementation of the recommendations.

Challenges and problems faced by Makli would be addressed on priority basis and issues would be resolved, the CM said. 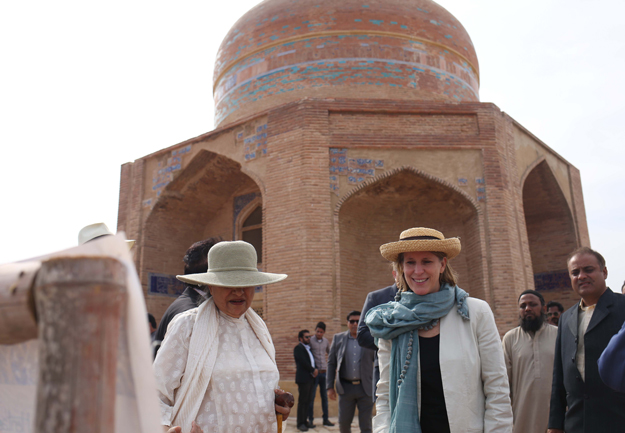 The United States (US) recognises that the cultural heritage sites in Pakistan are essential reminders of the historical experiences of humanity and conservation efforts should be carried for the preservation of such sites so that they continue telling stories of the past.

This was said by US Consul-General Grace Shelton during her visit to Makli on Sunday to attend the completion ceremony of the Ambassadors Fund for Cultural Preservation (AFCP) project for the preservation of the tombs of Sultan Ibrahim and Amir Sultan Muhammad at the cemetery.

Makli is one of the greatest historical sites situated in Sindh. The United Nations Educational, Scientific and Cultural Organisation (Unesco) included Makli in the list of world heritage sites in 1981.