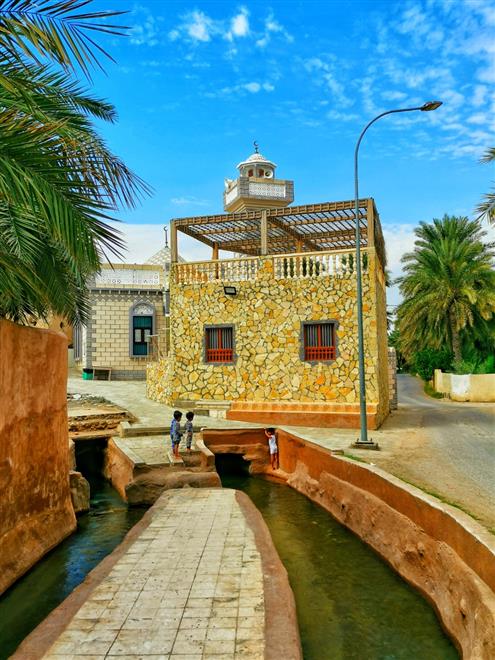 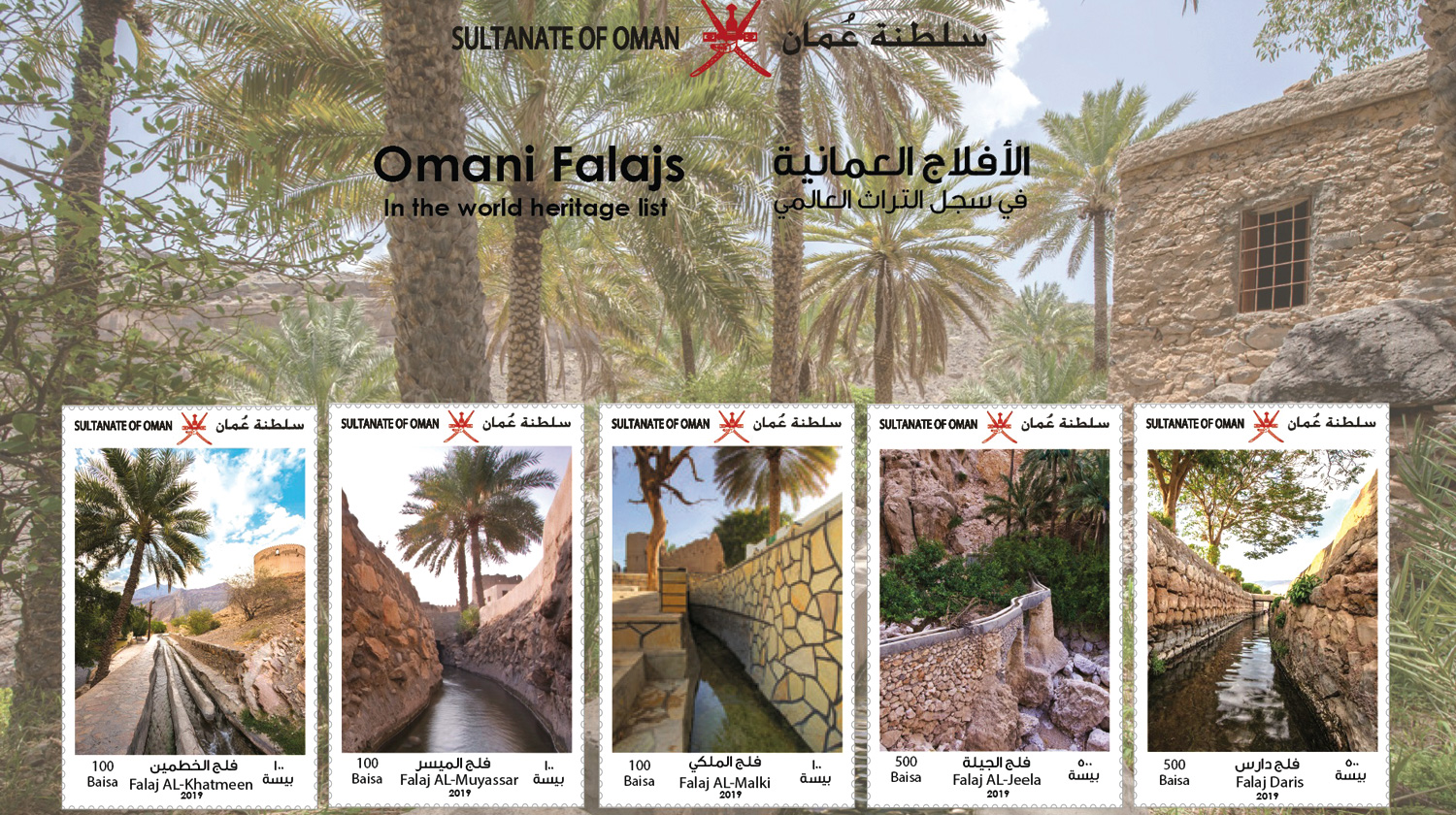 Oman Post has launched a new series of stamps on the aflaj of Oman, in partnership with the Ministry of Regional Municipalities and Water… 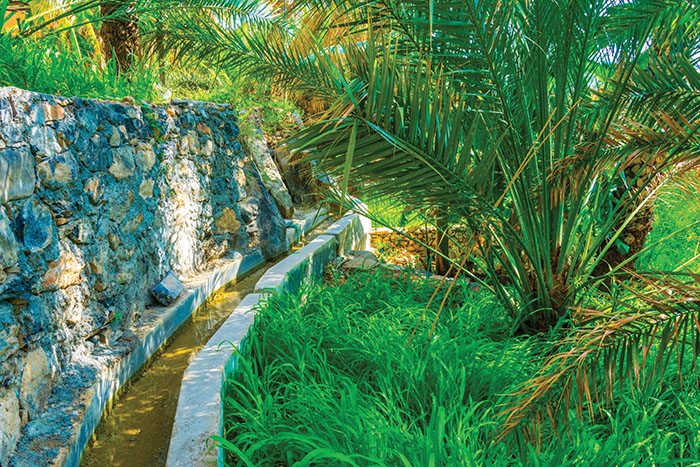 There are several Falaj systems – the plural for which is Aflaj – in the country, among the most famous of which are Falaj Al Khatmeen in Birkat Al Mouz in Nizwa, and Falaj Al Malki in the Wilayat of Izki. 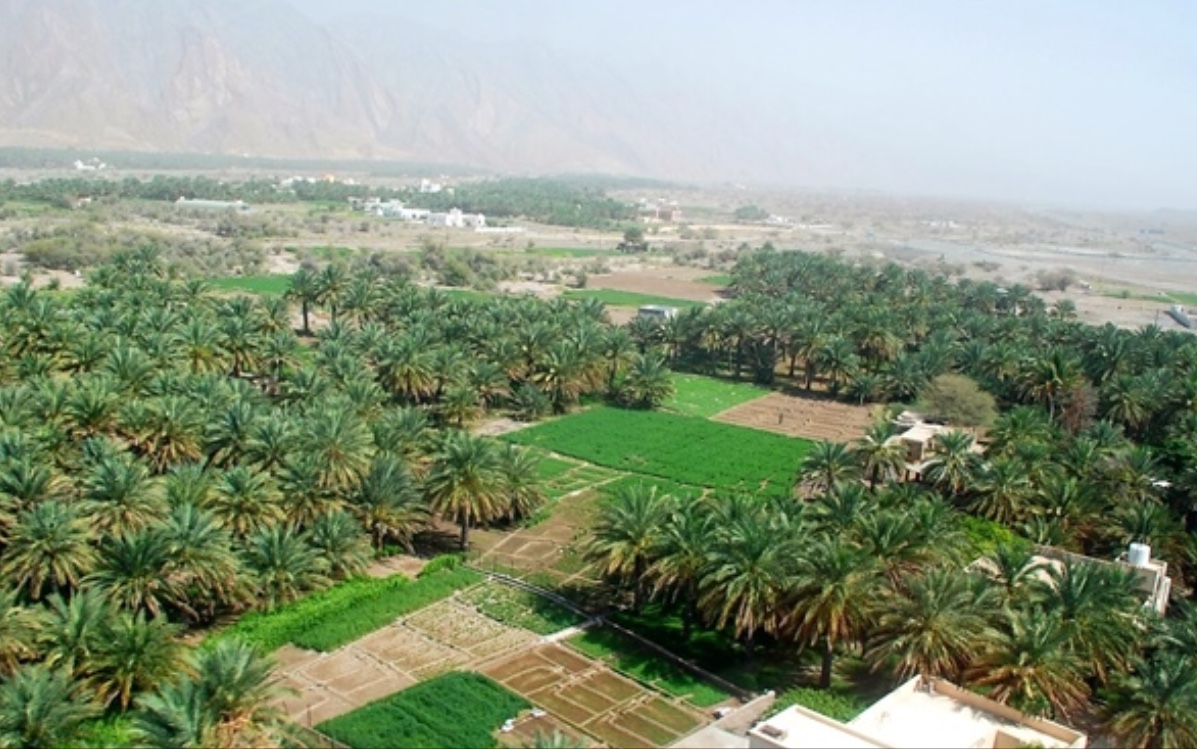 Falaj Al Malki in the Wilayat of Izki in the Governorate of Al Dakhiliyah, is one of the most famous and largest Falaj in the Sultanate.  A sign of… 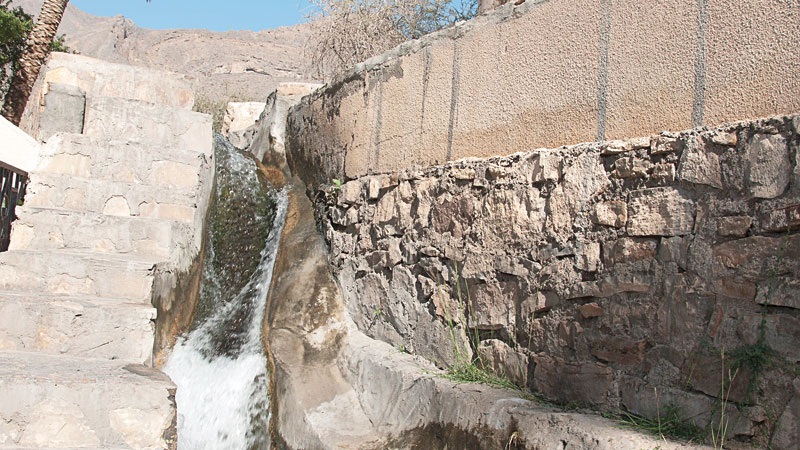 Falaj Al Khatmayn, located in Birkat Al Mawz in the Wilayat of Nizwa attracts the attention of tourists from all around the globe. In 2006, after the World Heritage Committee of UNESCO classified this site along with four other Omani Falaj systems in the World Heritage list, Falaj Al Khatmayn gained significant popularity amongst tourists from abroad and within the country.

Since the announcement of this inclusion, tourists have gained a keen interest and sought better understanding of this unique irrigation system which has been part of Oman and its people for over 2000 years. As the oldest irrigation system and the key to this arid regions agricultural advancement, to this day many regions still depend on these falaj systems as their main source of drinking, cooking and irrigation water.

UNESCO recognised the ancient intricate structures of the water canals that formed the falaj.