While gaining traction as a symbol of Mexico City, these curious amphibians offer hope for healing the human body, but face near extinction in the wild. 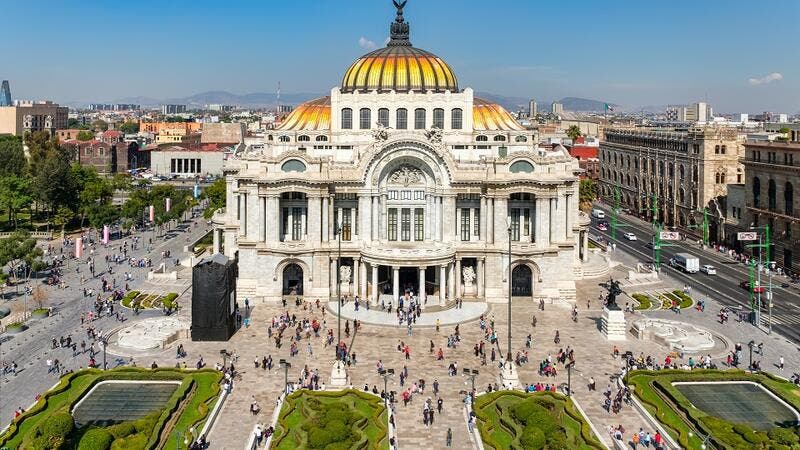 Emirates announced today its plan to launch a new daily service from Dubai (DXB) to Mexico City International Airport (MEX), via the Spanish city of Barcelona (BCN), starting on 9 December 2019. Emirates’ Mexico City flight will be a linked service with Barcelona, meaning that customers can now travel between the two cities in unprecedented style and comfort.  Citizens from Mexico, Spain and the UAE only need their passports to enjoy visa-free travel to each respective country.

Source: Mexico City Travel Guide … Everything You Need to Know, Before You Go | Hello Little Home

You can afford to live in these popular cities. 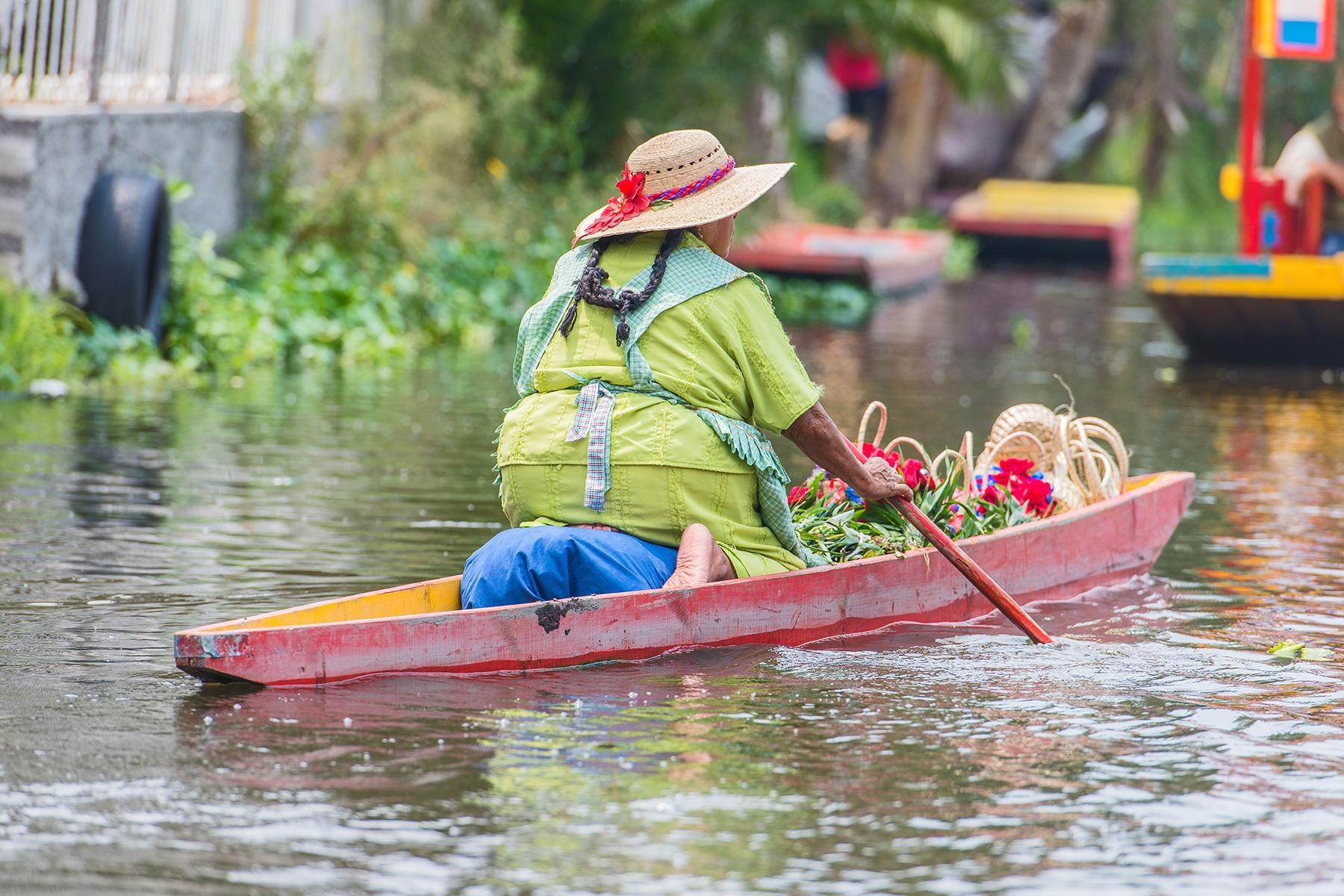 These floating markets, bars, spas, hotel rooms are architectural marvels and make fascinating use of their watery surroundings. As land becomes more of a diminishing resource, these places are becoming destinations unto themselves.

Source: 25 Amazing Floating Attractions to See Around the World

Tour for nature lovers includes birdwatching, lunch by local chefs and hopes of seeing an axolotl in the wild.

Source: An early-morning boat ride through the ancient waterways of Xochimilco

Visitors on Sunday climb the Templo Mayor, part of the historic center of Mexico City, which was added to the UNESCO World Heritage List in 1987. The Templo Mayor was the main temple of the Mexica Peoples who lived some 3,000 years ago in their capital city of Tenochtitlan, which is now Mexico City.

Despite being a common pet and beloved cultural icon, the grinning amphibian is nearly extinct in the wild.

Amphibians are not often considered charismatic. The axolotl is different.

With its ear-to-ear grin, pink feathery headdress of gills and frantic underwater dance, this amphibian has captivated generations of admirers. Once revered by Aztecs, today the axolotl appears in many forms. It is a symbol for Mexican national identity in anthropologist Roger Bartra’s book La Jaula de la Melancolia (The Cage of Melancholy); Mexican muralist Diego Rivera includes axolotl swimming near a male figure’s genitals—the center of creation—in his mural “Water, Origin of Life.”

You may have heard of the axolotl because its image is so ubiquitous—and so, it seems, is it. Millions of the creatures thrive around the world. The axolotl is a popular pet, particularly in Japan.

Mexico is so much more than a Spring Break in Cancun. If you’re planning to take a longer trip in Mexico, you have to leave the clubbing crowd behind and explore this beautiful country steeped in history.

Mexico has hosted some of the world’s most interesting ancient civilisations, most famously among them the Maya and the Aztecs. The architectural evidence which remains from that pre-Columbian era rivals in majesty the pyramids of Giza and the temples of Angkor Wat.

The wonders of Mexico aren’t only man-made; the landscape of the country is shocking in its breadth and range, encompassing tall, rugged mountains, desert and beautiful beaches.

Here are some handy tips to help you get the best out of your trip to Mexico.

Whether you have a few days of vacation or several months, there are hundreds of destinations to consider in 2018. But which ones are worth your while? Mic set out to highlight 26 of the best places to vacation this year. We scoured the globe and sorted our top getaways into six categories: value and relative affordability, cultural significance, exciting food scenes, destination-worthy craft beers, opportunity for adventure and long weekend excursions.

Among our finds: a northern destination that could be the next Iceland, America’s new beer capitals and a European island getaway that’s four hours from the East Coast. No matter your vacation style or budget, there’s never been a better time to see the world.

Where your money will go the furthest

Great value and easier access make these spots a steal in 2018.

MEXICO CITY (AFP) – Roberto Altamirano has the lake to himself as he casts his glistening net onto the still water in a perfect circle, lets it sink, then slowly pulls it in.

It comes back bearing a large haul of tilapia and carp — and that is exactly the problem.

Altamirano is one of just 20 or so fishermen who remain in the floating gardens of Xochimilco, an idyllic network of lakes, canals and artificial islands improbably tucked into the urban sprawl of Mexico City.

At 42, he has watched the number of fishermen here plunge over the years, leading to booming populations of tilapia and carp — invasive species that are threatening the already strained ecosystem of Xochimilco, a green lung vital to the health of smog-choked Mexico City.

“There’s more Xochimilco than there are fishermen,” says Altamirano.

MEXICO CITY (AP) — At dawn in Xochimilco, home to Mexico City’s famed floating gardens, farmers in muddied rain boots squat among rows of beets as a group of chefs arrive to sample sweet fennel and the pungent herb known as epazote.

By dinnertime some of those greens will be on plates at an elegant bistro 12 miles (20 kilometers) to the north, stewed with black beans in a $60 prix-fixe menu for well-heeled diners.

Call it floating-farm-to-table: A growing number of the capital’s most in-demand restaurants are incorporating produce grown at the gardens, or chinampas, using ancient cultivation techniques pioneered hundreds of years ago in the pre-Columbian era.

Erica Abad glides down the ancient canals of Xochimilco, a borough of Mexico City, on her gondola-like boat. Her cousin, Efren Lopez, steers their boat — called a chalupa — by pushing against the canal floor with a long wooden pole, while Abad flips a sizzling quesadilla on a steel griddle fitted into the boat. When a group of people on a nearby barge signal to them to order some quesadillas, Lopez navigates the boat toward them. And Abad places a few more quesadillas on the griddle for their customers. As the quesadillas turn golden, with the cheese inside perfectly melted, she fills them with huitlacoche (a deliciously earthy fungus that grows on organic corn), mushroom, chorizo, squash blossom and other ingredients.