The Chandigarh administration in its management plan submitted to UNESCO has committed that it will not compromise on the original layout plan for expansion of the Punjab and Haryana High Court and the Secretariat buildings.

Source: No compromise on layout of Capitol Complex: UT

The sub-group of the Chandigarh Heritage Conservation Committee has disapproved of the revised proposal for a ground plus three-level building with a structural foundation strength of a ground plus four-level building under the expansion plan of the Punjab and Haryana High Court on a 3,21,000 sq ft area. 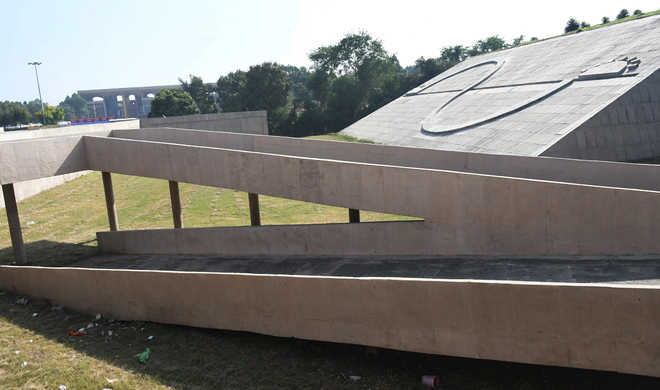 UNESCO’s World Heritage Committee has fixed December 1, 2020, as the deadline for the UT Administration to submit an updated report on the state of conservation of world heritage property at the Capitol Complex. In a major jolt to the renovation and restoration project of the Capitol Complex, Mumbai-based heritage architect Abha Narian Lambah has left the project midway.

Here are seven cities to visit if you love architecture. 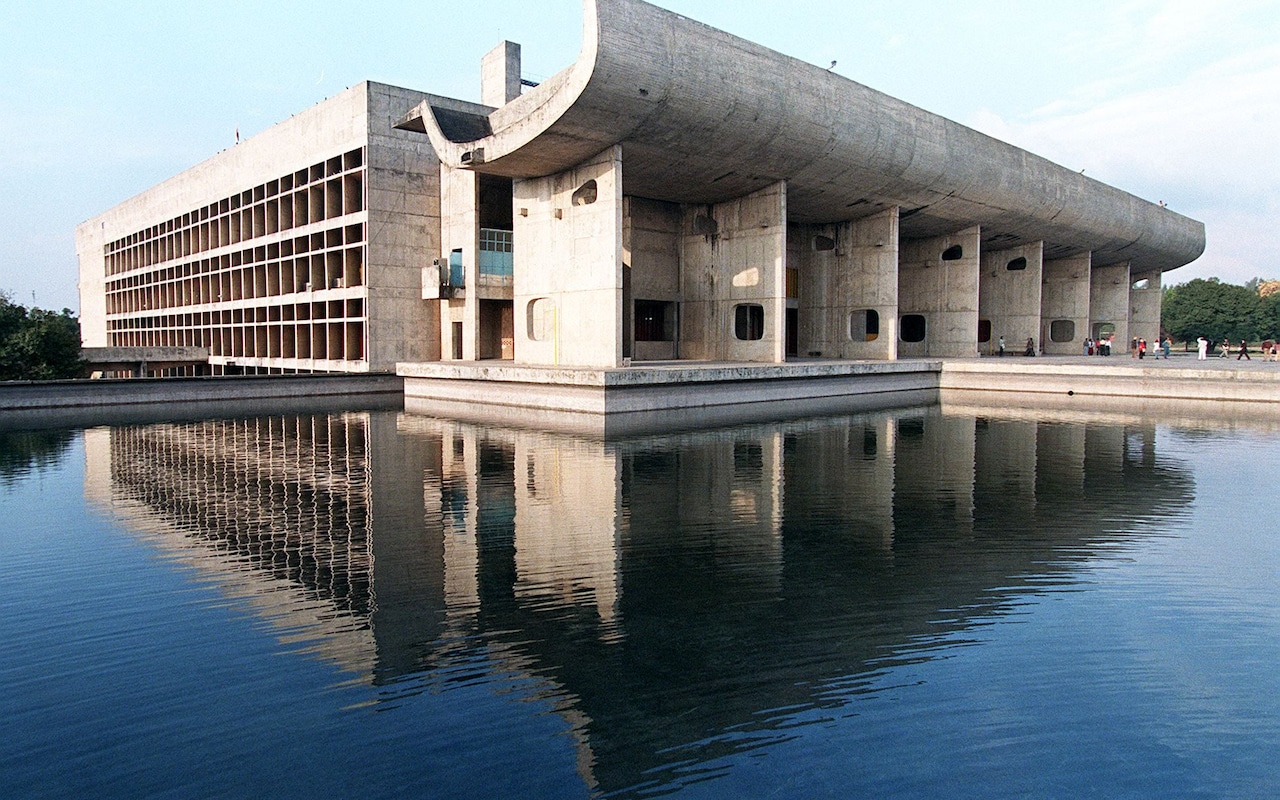 France’s culture minister has been forced to deny “complicity” in rehabilitating a “fascist’ for backing a new museum in honour of France’s best-known architect, Le Corbusier. 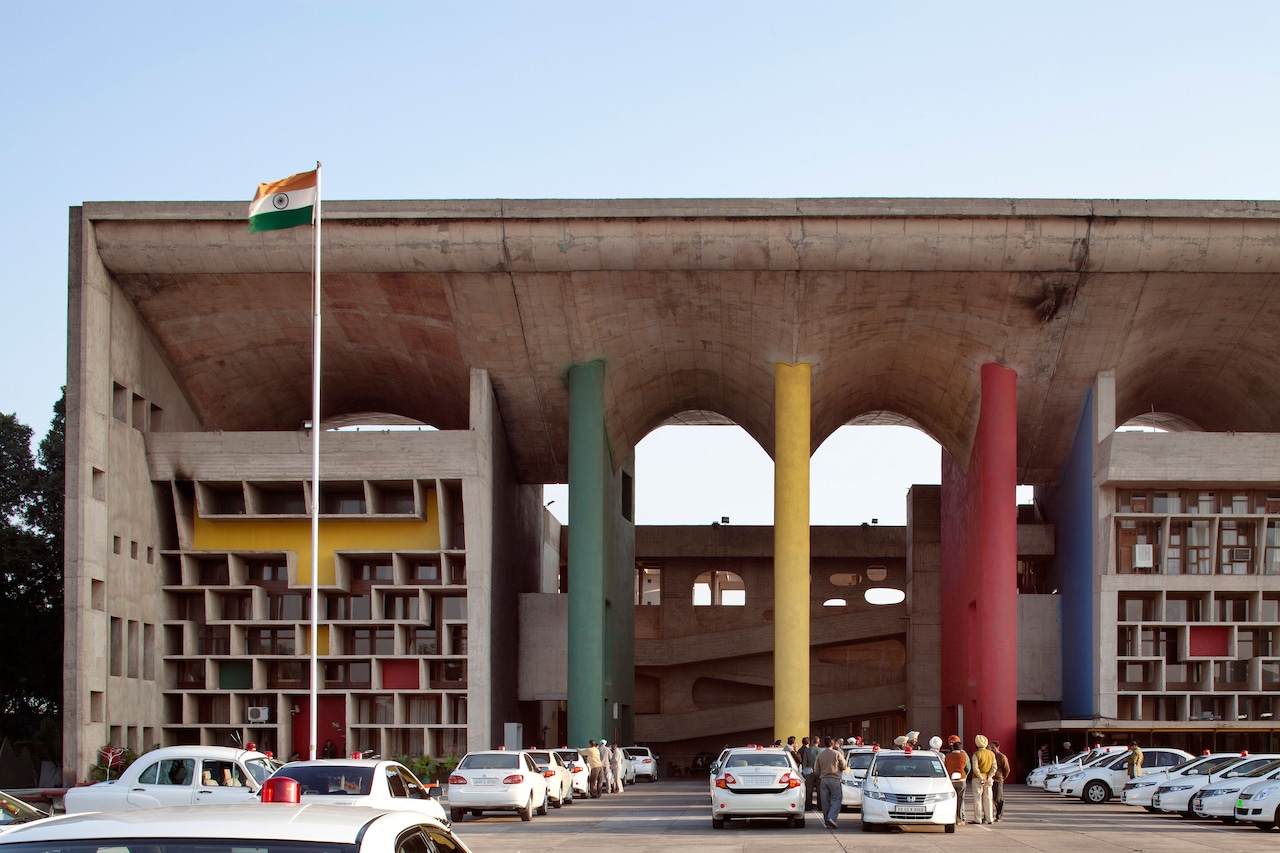 For Le Corbusier, Chandigarh’s Sector 1 is where the master architect unleashed his creativity, setting up the city’s most awe-inspiring landmark – The Capitol Complex

When Punjab was rent asunder by the British, the Radcliffe Line awarded Lahore to western Punjab, leaving the eastern part of the (Indian) state without a capital.

Keen to move on from the bitter memories of colonial rule and the wounds of partition, India’s first prime minister Jawahar Lal Nehru wanted a city his countrymen could identify as their own.

That was how the idea of Chandigarh was born and it was celebrated Swiss-French architect-designer Charles-Édouard Jeanneret, also known as Le Corbusier, who gave wings to Nehru’s dream.

The site for the new capital was chosen after an aerial survey in 1950 by PL Verma, then chief engineer, Punjab, who liked the plateau, then an agriculture area at the foot of the Himalayas.

Today Chandigarh has global appeal because of its association with Corbusier and is considered a paradise for architects from all over the world.

Read more from source: Capitol Complex: Here’s everything you need to know about Chandigarh’s UNESCO Heritage

This town in Northern India was one of the first planned cities in the country.

India is a country rich in architecture and history—from the Taj Mahal to Mumbai’s breathtaking skyscrapers, there’s no limit to the incredible structures you’ll find. In Chandigarh in Northern India, however, you won’t find ancient cities or British colonial buildings or even glossy contemporary apartment buildings. Chandigarh was one of India’s first planned cities, created by the Chandigarh Capital Project Team, led by Swiss architect Charles Edouard Corbusier (Le Corbusier). The result is a city that feels both futuristic and retro. It’s a time capsule of Mid-Century Modern and Brutalist architecture set in the foothills of the Himalayas. In 2016, the Capitol Complex in Chandigarh was declared a UNESCO World Heritage site, making these incredible modern buildings are a must-see.

While the whole city was planned by Le Corbusier and his team, the most significant and iconic buildings in Chandigarh are all government buildings in the administrative sector of the city, called the Capital Complex.

CHANDIGARH: The restoration work of the Punjab and Haryana secretariat at Capitol Complex, a Unesco World Heritage Site, will be carried out with employees in the building.

According to rough estimates, around 7,000 to 8,000 employees of both the states work here besides visitors coming daily. It has already been discussed that vacating the building completely for the restoration work is not possible.

Although the move will make matters difficult for the engineering department of the UT administration, it has planned things accordingly and decided to initiate the work on all the 10 floors of the building floor-and-section-wise.

“Since the private architect has started giving drawings to the department in a phased manner, the department has started to prepare the financial estimates of the project for drafting the tender document and to advertise it to get the interested companies for work. Since the tender process takes some time, the restoration work will begin within two months,” said sources in the UT administration.

Source: secretariat not to be vacated for restoration work – Times of India

Perhaps most important of all, given Le Corbusier’s overall intentions in Chandigarh, was the so-called ‘Open Hand’ hovering on a mast like a gigantic wind vane, although the irreverent observer cannot help thinking of a base-ball glove.

The ‘Open Hand’ epitomises Le Corbusier’s attempt at combining a public iconography with an abstraction permitting several levels of reading and a formal presence permitting multiple relationships to other ‘objects’ against the sky, such as those on top of the Parliament or the Governor’s Palace.

… Like the bull, the hand was a recurrent theme in Le Corbusier’s own paintings. He initially thought of the ‘Open Hand’ as a symbol of reconciliation above the messy infighting of mundane politics: ‘A symbol very appropriate to the new situation of a liberated and independent earth. A gesture which appeals to fraternal collaboration and solidarity between all men and all nations of the earth.’

‘Modernity’, ‘Nature’, ‘Tradition’— this great triad of Olympian notions is ever present in Le Corbusier’s Capitol. His basic materials were space, light, water, reinforced concrete, the sky and the ground.

Source: The man, his legacy and more

From Bolivia to Bhutan, the New York Times’ “52 Places to Go” list for 2018 is unsurprisingly filled with wanderlust-inducing destinations. This year, though, there’s only one Indian city on the list: Chandigarh.

Described as a “green city and a mecca for architecture lovers,” the capital of the northern states of Punjab and Haryana ranks at number 43. It is recommended for its Le Corbusier-designed government compound, the Capitol Complex, now a UNESCO World Heritage Site, and the newly-opened luxury resort, Oberoi Sukhvilas, located over 8,000 acres of forest just outside the city.

Chandigarh is definitely off the beaten track for most tourists, despite its rich history and architectural heritage. Data from India’s ministry of tourism show that it’s the states of Tamil Nadu, Maharashtra, and Uttar Pradesh that attracted the most number of foreign tourists in 2016.

Buildings at the Capitol Complex have failed to meet fire safety norms. Sources said glaring lapses had come to the fore in a report prepared by a Mumbai-based heritage architect, Abha Narain Lambah, who had been given the task of preparing a conservation and management plan for the Capitol Complex.

The sources said the consultant had mentioned the fire safety audit of the buildings conducted by the fire department of the Municipal Corporation.

The Capitol Complex comprises three buildings — the Secretariat, the Assembly and the High Court. Monuments such as Geometric Hill, the Tower of Shadows, Open Hand and Martyrs’ Memorial — are also part of the Capitol Complex. Consultant mentioned that despite glaring shortcomings in the fire safety audit of the MC, nothing was done to remove these.

I have a few more travel posts from India: three or four, including this one, which documents my visit to the IISER (Indian Institute of Science Education and Research) at Mohali, a city adjacent to Chandigarh, which is here:

Chandigarh is an unusual city in two respects: it’s the capital of two of India’s adjacent states, Punjab and Haryana (I think this is unique in India; all its states are outlined on the map above). Further, it’s a planned city, envisioned by Jawaharlal Nehru and created out of uninhabited land, with the city’s overall layout and its government buildings designed and built by the architect Le Corbusier and colleagues in the 1950s. Here’s what Wikipedia says:

It was one of early planned cities in India and is known for its architecture and urban design.

One of the most important urban planning experiments of the 20th century, Le Corbusier’s Chandigarh is an Indian city unlike any other.

A resident of Chandigarh since 2003, it took me 14 years to take a closer look at Chandigarh’s architecture. Chandigarh is a city of post-independent India, a symbol of freedom and modernism dreamed by then Prime Minister Pandit Jawaharlal Nehru. After the Partition of Punjab between India and Pakistan in 1947, India-occupied Punjab required a new capital, which led to the idea of Chandigarh. Three architects – Pierre Jeanneret, Maxwell Fry and Jane Drew – led by Swiss-French architect and urban planner Le Corbusier were appointed. There were two Indian architects M.N. Sharma and Aditya Prakash who were also associated with the project.

The Chandigarh Heritage Conservation Committee has approved the plan to restore buildings of Capitol Complex comprising Punjab and Haryana secretariats and the High Court. The plan has been prepared by Abha Narian Lambah, UT’s heritage consultant .

Sources said a consultant had given the presentation before the committee headed by Parimal Rai, Adviser to the Administrator.

Lambah has also made a detailed presentation of the condition assessment report on the ground reality of the buildings in which she has found large-scale intervention in the original plan.

There are lots of reasons why cities come into being. The first might be a purely practical one, as is the case with metropolises founded near fertile rivers, lakes or land. Another might religious or spiritual: cities born on mythical or sacred places, like Mexico City. Then there are cities born of ideology or for a name, as was the case with Alexandria or the renaming of Russian cities, like Volgograd to Stalingrad.

Sixty years ago, Chandigarh was conceived as a city to celebrate the independence of India. It’s a monument to the country’s entrance into the modern world. The name means “home of Chandi,” the warrior personified as Parvati, a deity of fertility love and devotion. Designed by the legendary architect Le Corbusier, today it’s the capital of the states of Punjab and Haryana and it was thought of as the “perfect city” (if that’s even possible).