A trip report on Mahsoom Thottathil’s recent travel to the fascinating, historic and charming cities of Newcastle and Gateshead. When he first heard the name of the city Newcastle upon Tyne, he thought the city would be full of beautiful castles. He was partially wrong. The city has many bridges – some of which… 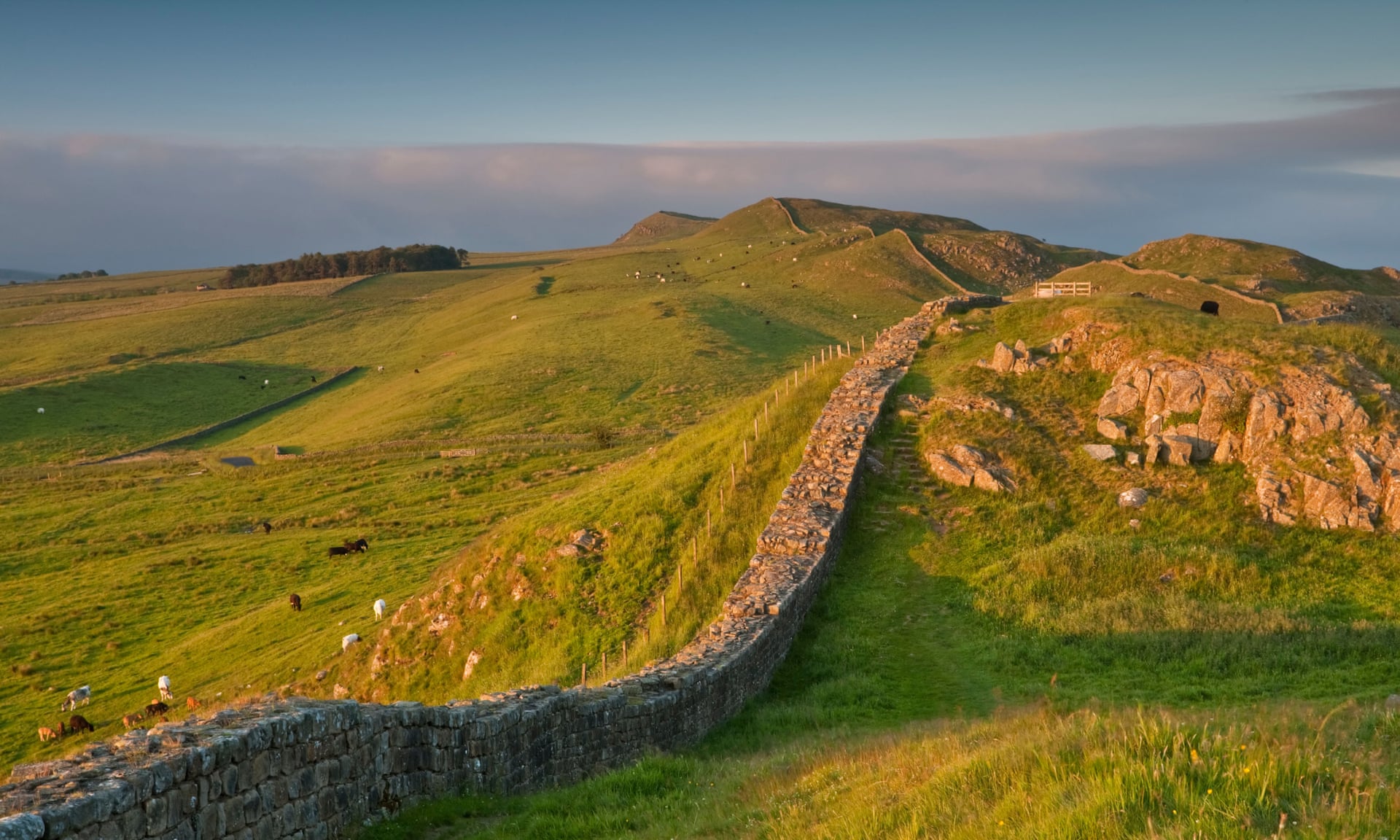 Wellbeing activities are now a popular part of a holiday, according to a new Abta report. From yoga and cycling to tai-chi and surfing, Antonia Wilson picks 10 trips for all levels…

Source: 10 of the best fitness breaks in the UK

Britain is bursting at the seams with beautiful buildings steeped in history, places of extraordinary natural beauty and striking ultra-modern structures. Take a look at 50 must-see British landmarks that everyone should visit. 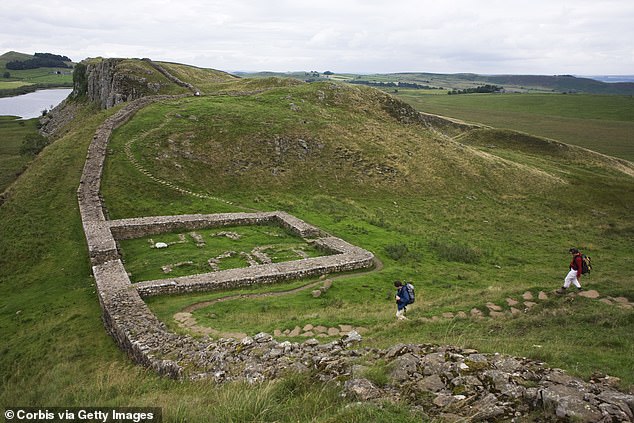 Metal detectorists have been blamed for damaging this section of Hadrian’s Wall, using the devices to search for Roman artefacts on the 1,900-year-old structure.

Hadrian’s Wall may be older, bigger, stronger and better known, but the Unesco-listed Antonine Wall was the real final frontier of the Roman Empire.

Despite signs warning visitors not to stand on the wall, many are ignoring the information and clambering up the stones – which reach as high as eight-foot at some points.

How many of these 27 places have you been to?

Source: The UK locations on the UNESCO World Heritage List

For centuries, Britain has alternated between moving closer to and pulling away from Europe…

Source: It’s Complicated: From the Roman Empire to Brexit, Britain Has Always Struggled to Define Its Relationship With Europe 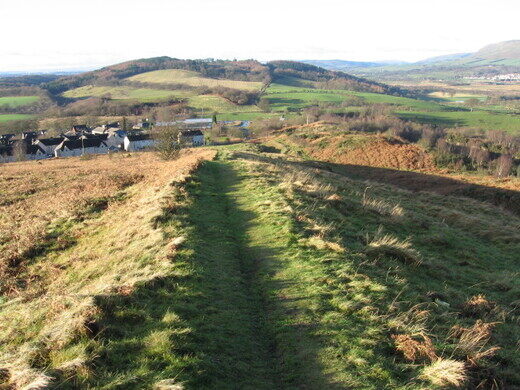 Remnants of the Antonine Wall still stretch across the country.

Source: Scotland Still Bears an Enormous Scar of Its Roman Past

A section of the Antonine Wall at Rough Castle near Falkirk / Photo by Kim Traynor, Wikimedia Commons

Source: An Overview of the History and Archaeology of the Antonine Wall The money will support projects at the Antonine Wall in central Scotland and Hadrian’s Wall in the north of England.

“Looks like we brought the weather with us from California,” the elderly tourist says, pulling on a hat and strolling past me. He disappears up a grass slope, beneath a brilliant, blue sky, his wife beside him. It’s the first of several American accents I hear that morning. Perhaps they’ve come to see what a real border fence looks like.

Monday is our last bank holiday until Christmas, so make the long weekend count by spending the day at one of the thousands of historical sites dotted across Britain. Here, we’ve rounded up 12 of the best castles, palaces and landscapes you can visit over the bank holiday weekend…

BRAMPTON, England — “Looks like we brought the weather with us from California,” the elderly tourist says, pulling on a hat and strolling past me. He disappears up a grass slope, beneath a brilliant, blue sky, his wife beside him. It’s the first of several American accents I hear that morning.

The Roman fort at Vindolanda is located one mile south of Hadrian’s Wall in northern England. Vindolanda was declared a Unesco world heritage site because of the unique organic material recovered there and its great importance in the history of this region and the Roman world in general. In particular the site is known as the home of the Vindolanda writing tablets, approximately two-thousand ink-on-wood documents that have preserved information including personal correspondence, military strength reports and inventory lists pertaining to the site’s soldiers and civilians. These tablets have been preserved as a result of anaerobic conditions caused by the construction of at least nine consecutive periods of Roman occupation on the site. In addition to written documents Vindolanda has produced the world’s largest assemblage of Roman leather goods and countless unique artifacts including textiles and a Roman helmet crest.

Read more from source: The Roman Army on the British Frontier in the 1st and 2nd centuries AD – History of the Ancient World

Parts of the Roman Empire’s most north-western frontier were originally painted in vibrant reds and yellows, new research has revealed.

Archaeologist Dr Louisa Campbell, of the University of Glasgow, uncovered the colourful past of Scotland’s Antonine Wall after using x-ray and laser technology to analyse remnants of the structure.

She said the brightly-coloured stones on what is now a Unesco world heritage site would have been used by the Romans as “propaganda” against the local communities.

“The public are accustomed to seeing these sculptures in bland greys, creams, white (for marble) and don’t get the full impact that they would have had on the Roman and indigenous audiences 2,000 years ago,” she said.

“These sculptures are propaganda tools used by Rome to demonstrate their power over these and other indigenous groups, it helps the empire control their frontiers and it has different meanings to different audiences.”

The Antonine Wall is a Roman frontier built in the mid-second century AD which crosses five local authority areas between the Forth and the Clyde.

Hadrian’s Wall once marked the northern boundary of the Roman Empire. It stretched for nearly 80 miles, across the narrow neck of the Roman province of Britannia, from the North Sea on the east to the Solway Firth ports of the Irish Sea on the West. It crossed some of the wildest, most beautiful landscapes in England.

Today, nearly 2,000 years after it was built, it is a UNESCO World Heritage Site and the most popular tourist attraction in Northern England.

A remarkable amount of it remains — in fortresses and settlements, in “mile castles” and bath houses, barracks, ramparts and in long, uninterrupted stretches of the wall itself. Visitors can walk the route, cycle or drive to many of its landmarks, visit fascinating museums and archaeological digs, or even take a dedicated bus — route #AD122 — along it. Roman history buffs may recognize that bus route number as the year that Hadrian’s Wall was built.

The Roman’s had occupied Britain from AD 43 and had pushed into Scotland, conquering Scottish tribes, by AD 85.

2017 was a very special year for me as the year marked the 1900th anniversary of the accession of Hadrian to the imperial throne and the start of my Hadrian 1900 project. I travelled to 9 countries, visited 57 new archaeological sites, 20 new archaeological museums and attended 4 exhibitions.

Here’s an overview of my 2017 archaeological travels:

I kicked off the year with a trip to Poznan in Poland to present my Hadrian 1900 project at the annual “Meeting for the lovers of Turkey” organised by Izabela Miszczak who I had met on Facebook. Izabela runs Turkish Archaeological News, a website created in 2013 with the aim of providing news about the latest archaeological discoveries in Turkey and neighboring regions. This meeting was a great opportunity for me to present my project for the first time to fellow archaeology enthusiasts.