The Palais des Papes: A history all its own; Marjorie Appelman; Ledger Independent 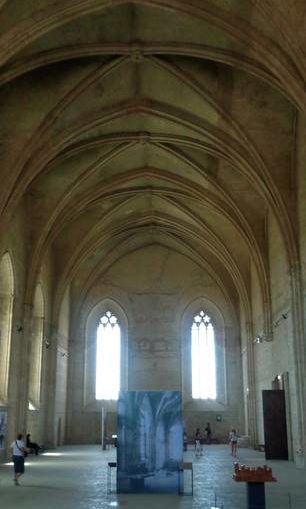 Marjorie Appelman walked the scenic route to get to the town square in Avignon. After crossing through the ramparts, she and her husband made the steady climb up the stone sidewalks, straddled on either side with small shops.

Source: The Palais des Papes: A history all its own | Ledger Independent – Maysville Online If you’ve only got 48 hours in Avignon in Provence, here are Lucy Pitt’s top tips for what to focus on from the Palace of the Popes to chocolate shops…

A river cruise through Provence, France, has all of the sights with none of the rush; Elizabeth Hey; Matador Network 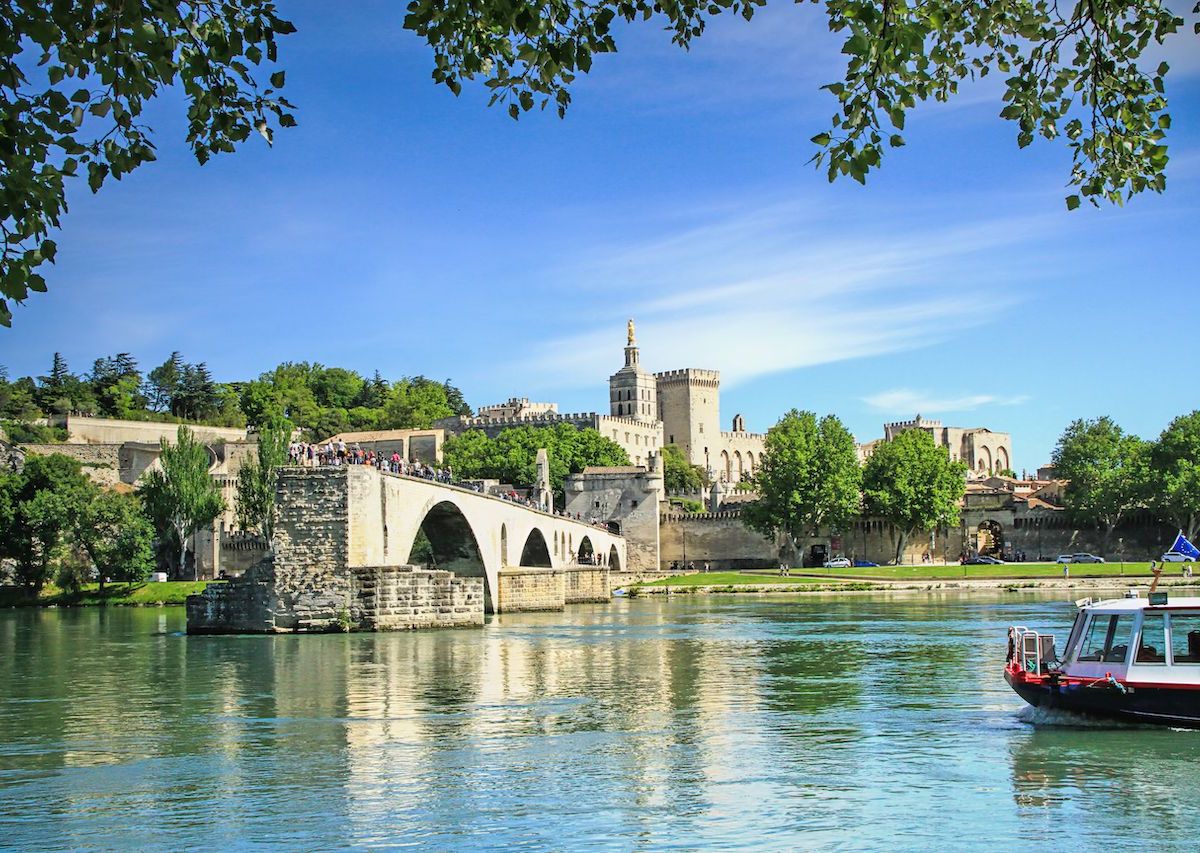 Sleep in and still see the sights.

Source: A river cruise through Provence, France, has all of the sights with none of the rush

Who doesn’t love France? From the romance of Paris to the famous wine-growing regions, there’s something for everyone to enjoy. Most popular cruise destination of 2019 is historic French town; AsiaOne/AFP 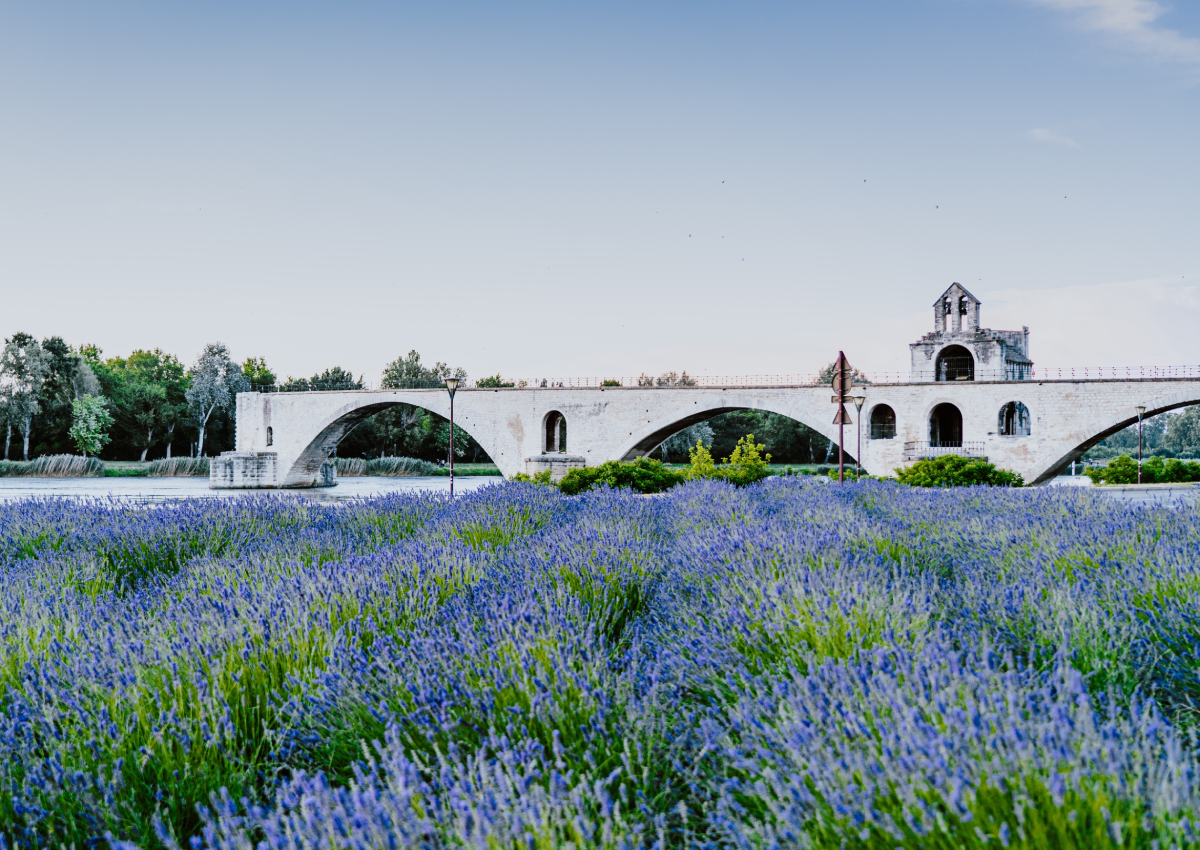 The picture postcard town of Avignon, France has scooped up the title of most popular cruise destination of 2019 in Cruise Critic’s fourth edition of the Cruisers’ Choice Destination Awards. Based on ratings and reviews written by cruisers, the destination awards highlight the best ports across 18 regions worldwide. This year’s best cruise destination is set along the Rhône River in southeastern France and is characterized by its quaint, intimate atmosphere, cobblestone streets, famous Pont d’Avignon (Avignon bridge), medieval ramparts and pastel-coloured shutters…

The world’s most popular cruise destinations of 2019, according to Cruise Critic; Jayme Deerwester; USA Today

Source: The world’s most popular cruise destinations of 2019, according to Cruise Critic

The ‘old as the earth’ cities are still beautiful and sparkling, making visitors pull to rumble; Xaluan

To travel in these ancient cities, you not only find a place to relax and relax, but also discover the rich cultural heritage. These beautiful, small old cities are always the destination to attract millions of visitors each year.

Source: The ‘old as the earth’ cities are still beautiful and sparkling, making visitors pull to rumble. Travel Inside One of the World’s Largest Gothic Palaces; Abby Sewell; National Geographic 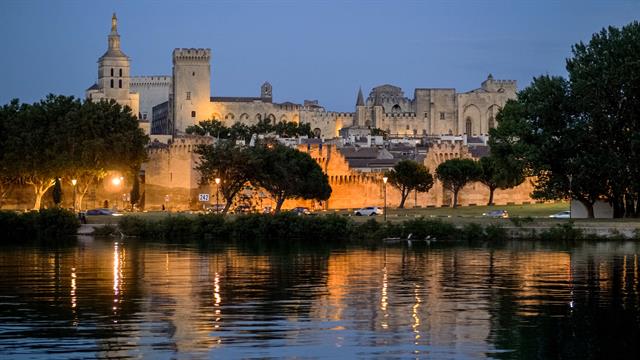 This picturesque city was once the seat of power for the Catholic Church.

Source: Inside One of the World’s Largest Gothic Palaces

These Boots Were Made For Walking: 30 Cities You Can Easily Explore On Foot; Sarah Rodrigues; Lost Waldo

Going on foot is one of the best ways to really immerse yourself in a destination, allowing you to interact with locals and admire architecture in a way that wheeled transport just doesn’t quite offer. There’s also the fact that you can travel entirely at your own pace, pausing whenever something takes your fancy (or tempts your tastebuds!) Pack a pair of flat and comfortable shoes and hit the streets in one of these pedestrian-friendly cities.

Walking is by no means the only way to see this charming European city – biking is hugely popular, and drifting along the canals to view the city from the water is also an idyllic way to explore. That said, your own two feet can get you around with no trouble – Amsterdam is compact and relatively flat, with many of the city’s most popular attractions within easy reach of one another, and the cobbled, winding distances between them enjoyable in their own right.

Source: These Boots Were Made For Walking: 30 Cities You Can Easily Explore On Foot

Here are 11 Must-Visit Spots in the South of France; Alyssa Ochs; Trips To Discover

If you enjoy beautiful beaches, adorable villages and delicious food, then the South of France should be on the top of your travel bucket list. This sunny and laid-back region of the country is glamorous and packed with top-notch resorts for travelers. With so many marvelous sights to see, here are 11 great places to visit in the South of France.

Places like Avignon in the South of France are evidence that there’s much more than just beaches and film festivals here. Avignon is packed with history and fascinating architecture, making it an ideal destination for sightseeing. Pont d’Avignon is a UNESCO World Heritage site, and there’s a theater festival in July that’s worth checking out. The Pope’s Palace, gardens at Rocher des Doms, and Avignon Les Halles street market are all popular things to do. 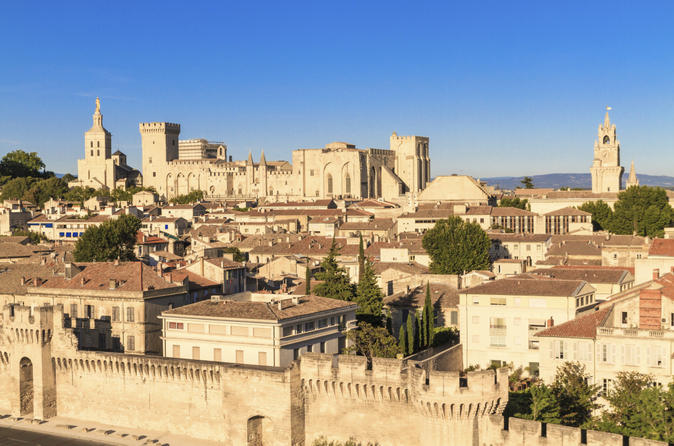 Take the high-speed TGV train from Paris to Provence on this day trip that includes visits to UNESCO World Heritage sites in Avignon and more. As you soak up the beauty of one of France’s most loved regions, learn about its historical significance at places like St Rémy de Provence, Les Baux de Provence, the Pont du Gard and Avignon’s famous Popes’ Palace. See Roman runs, have free time for lunch and enjoy interesting commentary from an informative guide.

Cruising through France in luxury on a Tauck river ship.

UZES, France — An elegant reception is in full swing as Mark Ungashick, 60, of Kansas City, Mo. arrives at the inner courtyard of the Duchy D’Uzes, a 12th century castle near France’s Rhone River.

The retired business owner and his companions from the Tauck river ship Emerald already have explored the fortress’s Renaissance-era apartments, which still are used by the descendants of the French dukes who built them. Now they’ll kick back with a glass of wine and hors d’oeuvres as violinists and a guitar player perform in the background.

For this one evening, at least, the Duchy D’Uzes is their own private citadel.

“If you’re looking for the differentiator, this is it,” says Ungashick, pausing to talk before a private dinner on the castle grounds. 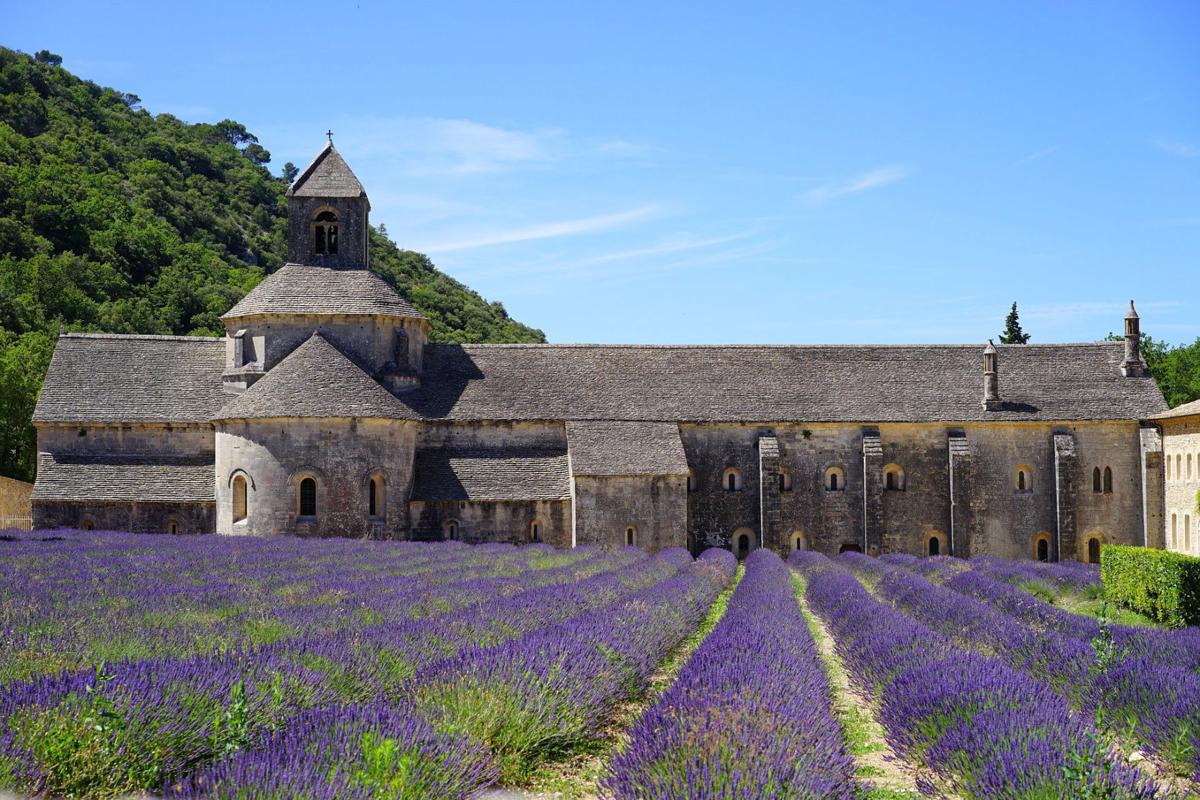 Traveling is one of life’s greatest pleasures, but deciding where to go can be challenging. Leading cities of the world like London and Paris certainly are worth discovering, but smaller cities should beckon, too.

Here are some European favorites from my recent travels.

1. After Santorini and Mykonos, try Corfu

If you’re looking for a seaside paradise in the Greek Isles, you may want to skip the crowded beaches of Mykonos and dirty streets of Santorini.
We’ve all dreamed of getting that romantic photo of blue-and-white domes from that hilltop in Oia, but it might not be worth all the trouble for that single shot.
Full of off-roading excursions, diving adventures and breathtaking shoreline, Corfu is one of Greece’s most overlooked islands.
Read more

10 Amazing Places You Have To Visit In The South Of France; Tata & Lloyd; Hand Luggage Only 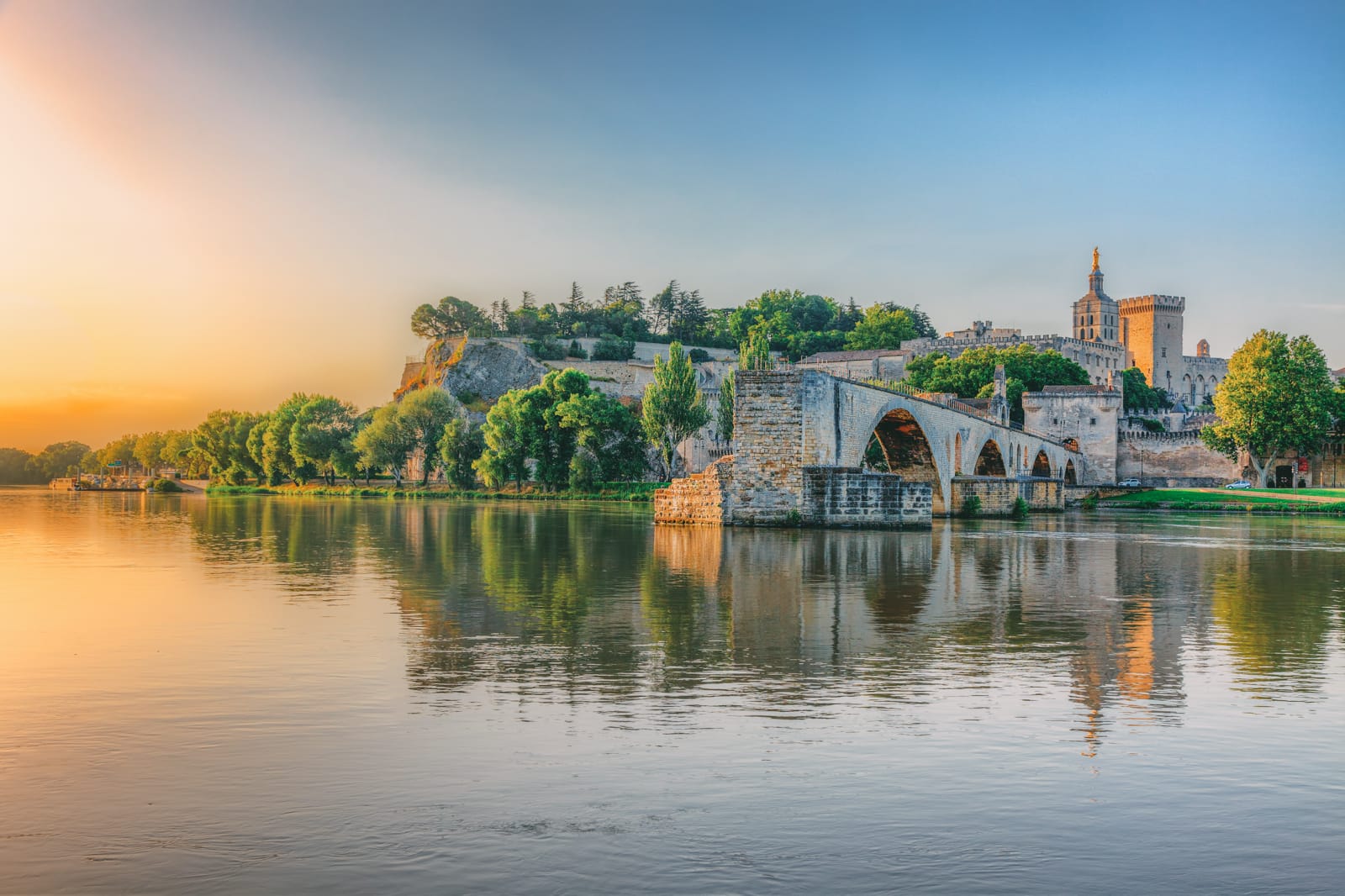 Doesn’t matter if you’ve been before or if you’re a first-timer – the South of France is one place that’s guaranteed to be an easy yes when it comes to deciding where to holiday. The beautiful beaches, amazing food and plethora of cute little French villages to pop into only serve to add more to the appeal of this sunny part of France (or indeed, to the envy of your friends visiting these beautiful French towns and cities).

So it’s decided! You definitely want to visit the South of France this summer. Now that we can take that for granted – the next question is, where to visit. It’s not like you can just visit ‘The South of France” – that’s like attempting to booking plane tickets to “Asia” – you need to be a tad more specific!