One among many Ethiopian historical heritages inscribed by UNESCO as world heritages is the Jugol wall, which was built between the 13th and 16th centuries in a bid to serve as a protective barrier for Harar city found 525 km from the capital of Addis Abeba. Harar, being home to 82 mosques, is considered as the forth Islam holy city worldwide. Over in the east of Ethiopia, as you head towards the Djibouti border, the ancient city of Harar is a rare gem in an otherwise pretty, desolate landscape.

A UNESCO World Heritage Site, this walled civilisation has long been an important trading centre, situated strategically between the Red Sea and the great empires of inland Africa.

Having withstood its fair share of invasions and conquests, Harar has stayed strong in maintaining its own distinct flavour and character, with the local people here undeniably proud of their traditions and culture.

As such, Harar is a totally unique destination with Ethiopia – a unique enough country in its own right!

This makes a trip to Harar an exciting part of any travel in Ethiopia. Taking the time to spend in its markets and streets give glimpse into life of a city that changed little.

Harar: Ethiopia’s City of Saints the Best Place in the World to Visit in 2018; Tadias Magazine

New York (TADIAS) — Ethiopia’s beautiful ancient city of Harar has been selected by the editors of the National Geographic magazine as among the best places in the world to visit in 2018.

Harar — a UNESCO World Heritage Site recognized in 2006 for its cultural heritage — is home to many mosques some of which date back to the 10th century as well as over a hundred shrines for saints. Harar’s historical architectures include the famous five gates of the city, the Medhane Alem Cathedral, Jami Mosque built in the 16th century, and the residence of Haile Selassie’s father, Ras Mekonnen who served as Governor.

Ethiopia’s colorful and ancient city of Harar is also considered the fourth holiest city in Islam and known as the City of Saints. “Harar was an important centre between the coast and interior highlands and a location for Islamic learning”. 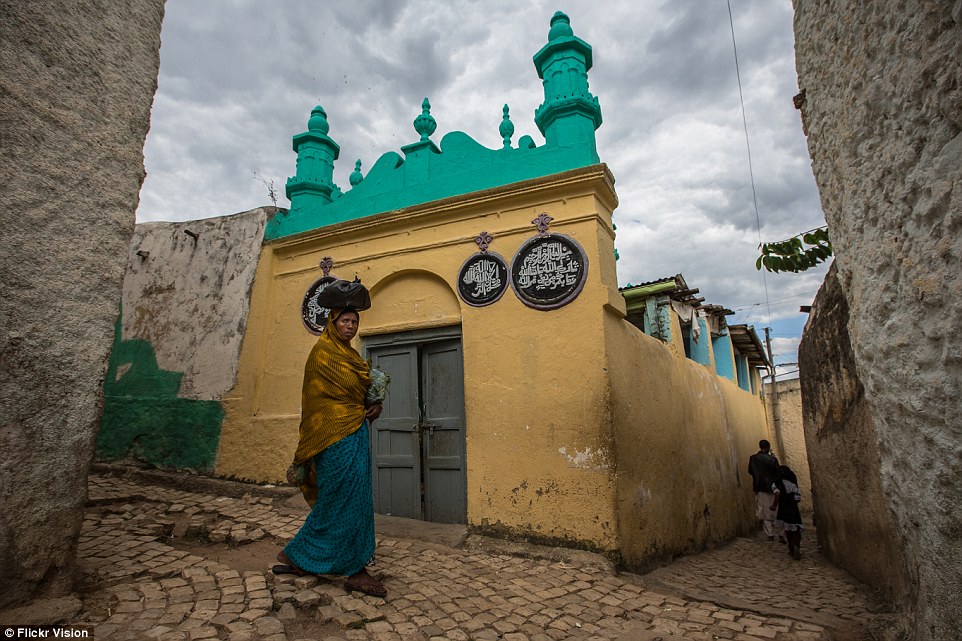 The African country was given the award by the the European Council on Tourism and Trade, who praised its outstanding natural beauty, dramatic landscapes and ancient culture.

Once an advanced and powerful capital, life in Harar’s old city seems largely unaltered by the passage of time.