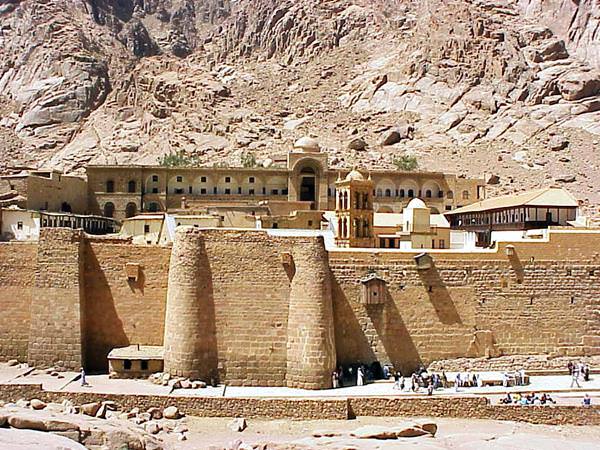 11 Unforgettable Things to Do on a Trip to Egypt; Alyssa Ochs; Trips To Discover 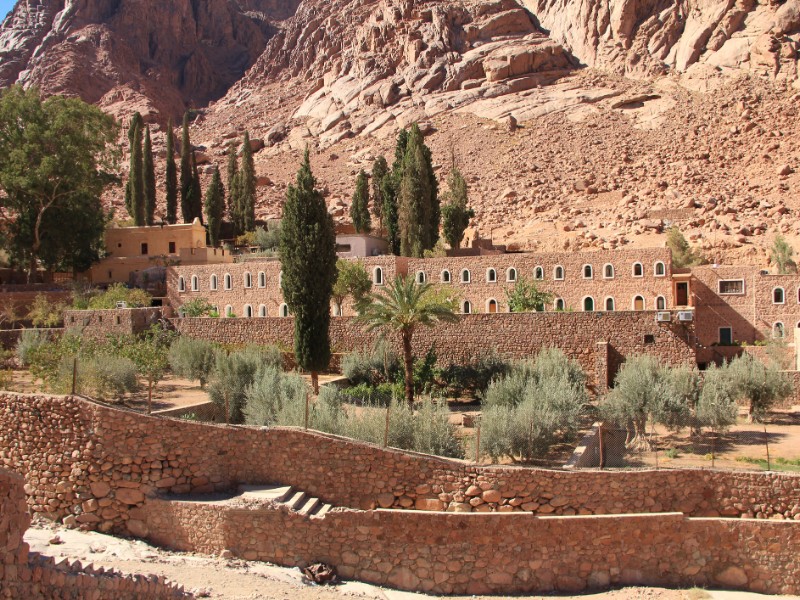 Famous for its epic pyramids and inspiring desert landscapes, Egypt is a bucket list destination for many travelers. It is also a destination to experience the great Nile River, ancient temples, and the more modern aspects of life in the cosmopolitan city of Cairo. There is a lot to learn about and explore when you’re…

Source: 11 Unforgettable Things to Do on a Trip to Egypt

Top places to visit in Egypt: The 10 most beautiful attractions of Egypt; Break.com

Egypt with an impressive culture that distinguishes itself from anywhere else will certainly be a great destination for those who want to explore its beauty.

Source: Top places to visit in Egypt: The 10 most beautiful attractions of Egypt – Break.com

On World Heritage Day, Egypt opens its museums and archaeological sites for free…

Built between 548 and 565, St. Catherine’s Monastery, officially known as “Sacred Monastery of the God-Trodden Mount Sinai,” is the oldest Christian monastery still in use for its…

Source: The oldest library in the world goes digital 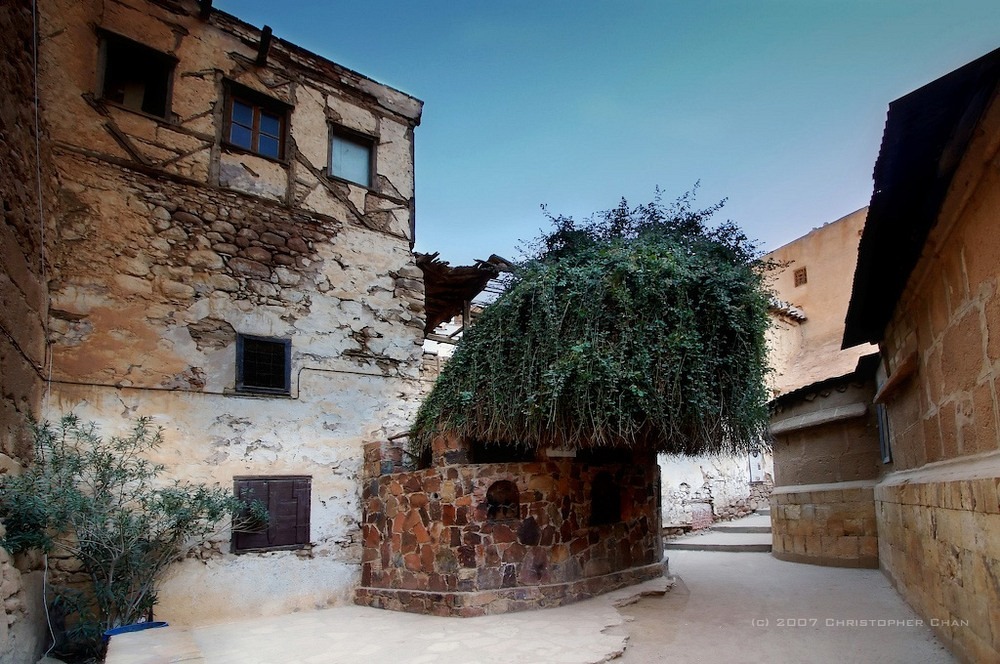 Deep in the Sinai Peninsula of Egypt, in a region of wilderness made up of granite rock and rugged mountains, lies the town of Saint Catherine. It was here, at the foot of Mount Sinai, that Moses is believed to have received the Ten Commandments from God. Naturally, this region is sacred to Christians, Jews and Muslims alike.

Between 548 and 565, the Eastern Roman emperor, Justinian the Great, ordered the construction of a monastery dedicated to Saint Catherine at this site. The monastery has never been destroyed or looted in all its history, making it one of the oldest working Christian monasteries in the world. It also contains the world’s oldest continually operating library, where is preserved the world’s second largest collection of early codices and manuscripts in a variety of languages, outnumbered only by the Vatican Library.

The monastery is surrounded by a massive wall, the original one, erected by Emperor Justinian in the 6th century. Until the 20th century, access was through a door high in the outer walls. The entrance is now through a smaller gate to the left of the main gate.

Local authorities decided to close down the Saint Catherine Monastery in the Sinai Peninsula, a UNESCO World Heritage Site, on January 5 and January 6, when Christmas church services are held according to the Orthodox calendar. The general directorate of tourist police further ordered all tourist companies not to lead tours to the historic monastery.

Although the official reason for temporarily closing down the building and canceling Christmas is due to the establishment of a plan for the development of the surrounding area as befits a World Heritage Site, it is believed that the order came as a precautionary safeguard against terrorists targeting the site and any foreign tourists visiting it during the Christmas holiday.

Built in the mid-sixth century, Saint Catherine Monastery is one of the oldest monasteries in the world; additionally, it has the oldest continuously operating library in existence, with many precious manuscripts. Egypt has reopened an ancient library inside a sixth century monastery in Sinai following renovations.

The library at the St Catherine Monastery in southern Sinai contains thousands of rare manuscripts, some of them the oldest in Christianity.

Most of the transcripts are in Greek. Others are in Arabic, Syriac, Georgian, Hebrew, Armenian and Polish.

“The library is the second after the Vatican Library in terms of manuscript importance,” said Abdel-Rehim Rehandi, the director of the archaeological studies department in Sinai.

Conservationists also restored a historic mosaic inside the monastery, which is a UNESCO World Heritage site.

Egypt is seeking to revive its battered tourism, a main source of national income.

The industry has been struggling since the 2011 uprising against Egypt’s longtime dictator Hosni Mubarak.

Egypt reopened on Saturday an ancient library that’s filled with a treasure trove of centuries-old religious and historical manuscripts at St. Catherine Monastery in South Sinai.

The ceremony at the UNESCO World Heritage site, attended by Egyptian and Western officials, comes after three years of restoration on the east side of the library that houses the world’s second-largest collection of early codices and manuscripts outside of the Vatican, Monk Damyanos, the monastery’s archibishop, told the Associated Press.

“The library is now open to the public and scholars,” Tony Kazamias, an adviser to the archbishop, said, adding that restoration work is still underway.

The Associated Press reports that the ancient library holds around 3,300 manuscripts of mainly Christian texts in Greek, Arabic, Syriac, Georgian and Slavonic among other languages. It also contains thousands of books and scrolls dating to the 4th century.

What a Buddhist ‘Mudra’ in Da Vinci’s Christ Tells Us of Cross-Cultural Influences in the Ancient World; Devdan Chaudhuri; The Wire

Leonardo da Vinci’s Salvator Mundi suggests the cross-fertilisation of ideas and practices that we take for granted today has a much longer history.

Smashing the record for any work of art sold at an auction, the long-lost painting of Jesus Christ – Salvator Mundi by Leonardo da Vinci – has sold at Christie’s in New York for $ 450.3 million: nearly half a billion dollars.

Salvator Mundi was painted around 1500 and was presumed to be lost until early this century. It was consigned to Dmitry Rybolovlev – a Russian fertiliser billionaire – who had acquired it from a Paris-based dealer Yves Bouvier for $127m, who had, in turn, acquired it from Sotheby’s in a private sale in 2013 for $50m less. Visit a remote holy monastery and connect with the sense of pilgrimage at the secluded scenic mountain and desert landscapes of Sinai .

The experience of the Sinai mountains is like no other. Saint Catherine is a jewel located between the giant granite rocks of South Sinai Peninsula at the edge of El Tur Mountains and at the foot of High Sinai Mountains. Mount Catherine is the highest mountain in Egypt and exposes wide stretching views across the mountains and Red Sea.

When driving there you will witness magnificent mountain scenery of changing shapes and shades. The place is considered holy and contains rich historical and religious heritage. Mount Horeb (also called Jebel/Gebel/Musa) is where according to the old testament Moses, after having spent 40 days and 40 nights in the mountains, was given the Ten Commandments.