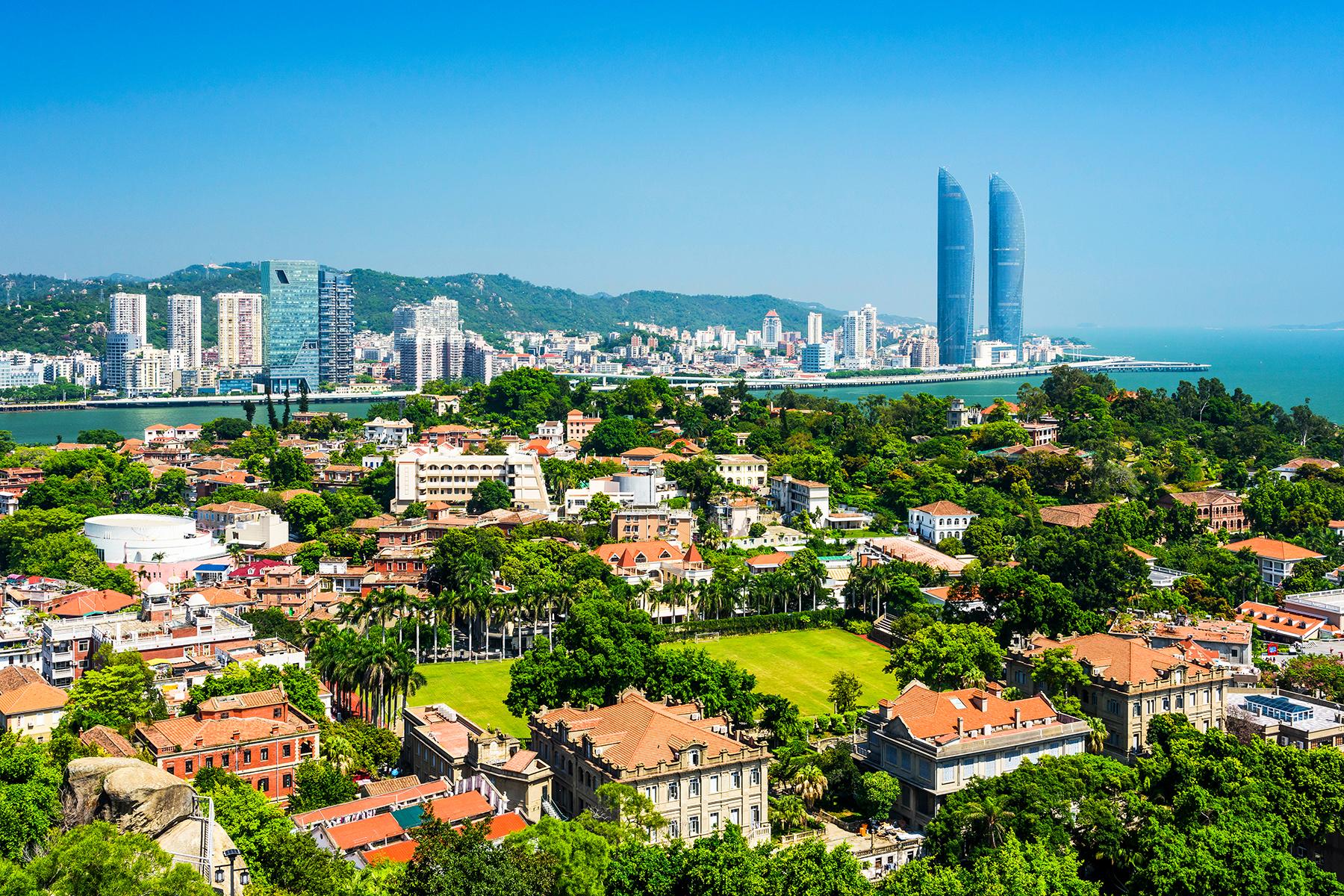 Source: 10 Cities in China You Can Visit on Hong Kong’s New Bullet Train

After visiting the Tolou earthen buildings in Hua’an, Fujian Province, our group was fortunate to be given a chance to visit another world heritage site – Gulangyu Island (also known as Kulangsu in…

Jen from Tiny Urban Kitchen visits Xiamen China and ends up finding her husband’s old family home that his grandfather had bought over 80 years ago!

Municipal government limits tourist numbers to around 35,000 per day

Source: All aboard Gulangyu island ferry for ‘Piano Island’

China has witnessed many impressive cultural events and trends in 2017. Here are 10 of the best from the past 12 months.

1. Cultural Development Action Plan 2016-20 of the Belt and Road of the Ministry of Culture released

The Belt and Road has been one of the hottest topics in the first half of 2017 as China hosted the first Belt and Road Forum in May. The Chinese Ministry of Culture also released the Cultural Development Action Plan 2016-20 of the Belt and Road in January, with a special team set up to lead cultural communication and co-operation around the country. China has signed governmental cultural agreements with all the countries involved in the Belt and Road Initiative.

Gulangyu has a lot going for it: Beautiful scenery, delicious food, historic architecture and a quiet atmosphere.

But after the island, known in the local dialect as Kulangsu, was recognized by UNESCO on its list of World Cultural Heritage sites, the officials charged with overseeing its development decided to focus on another aspect of island life: the human beings who settled there, and the unique culture they created.

The global body met in Krakow, Poland in June to add an additional 21 sites to the robust list — “A lot more than one might have expected,” said Jacek Purchla, chair of the 41st Session of the World Heritage Committee, in a statement.

Indeed. The list now contains a total of 1,073 sites, forged both by man and nature.

UNESCO’s World Heritage List was established by treaty in 1972 to highlight and preserve cultural and natural heritage around the world. A committee of 21 elected representatives meets yearly to define new sites or modify existing ones. Conservation is a continual theme of the annual proceedings.

The historical international settlement of Gulangyu Island, in the bay of Xiamen, Fujian province, has recently been recognized by UNESCO on its list of World Cultural Heritage sites.

Known in the local dialect as Kulangsu, the 1.88-square-kilometer islet, with giant banyan trees shading the graceful roofs of European-style mansions, is the destination of 50,000 visitors every day.

Although regarded as a peaceful tourism spot by Chinese people today, it has been a turbulent place in modern history.

The boutique shops, kitschy bars, restaurants and hotels sprung up in recent years, but the mansions, luxuriant foliage and winding roads were not built to amuse tourists at first.

At the 41st session of the UNESCO World Heritage Committee in Poland on July 8 this year, Kulangsu was officially listed as a World Heritage Site, casting a global spotlight on this tiny island in Southeast China.

To celebrate the recognition and to showcase the island’s rich cultural heritage, the annual music festival was made extra special this year.

A large number of celebrated musicians and a wide array of performances by world-renowned artists were set as a musical extravaganza for the public.

Tapping into the profound heritage and prestigious reputation of Kulangsu as the “Island of Music”, the festival was bound to become an iconic event in the musical scene on the island.

Over the past century, this tiny island has produced numerous world-renowned figures like Lin Yutang, Ma Yuehan, Hu Youyi and Shu Ting. An annual index shows China ’s influence around the world is on the rise, while the US, thanks to ‘America First’, is losing ground.

While many have speculated that US President Donald Trump’s “America First” policy could give China room to grow its global influence, a new report claims it has found objective proof.

According to an annual global ranking of soft power issued Tuesday, China’s influence has risen for the second year in a row, up to 25th worldwide from 28th last year, while the US dropped from first place to third, sliding for the first time since the ranking was introduced in 2015.

However, Uncle Sam still holds much more soft power than most countries, including China – third in the world after France and the United Kingdom.

Su Xiaodong owns a bookstore on Gulangyu Island and he has called it “wormhole”.

“A wormhole connects different time and space,” said Su, from the city of Xiamen, East China’s Fujian province. “That’s exactly what I want to do, connect the island with its beautiful past.”

Su, 47, traveled to many countries before he decided to set up the bookstore last summer. “The history and culture here is very distinct,” he said.

Gulangyu, off the coast of Xiamen, is famous for its varied architecture and multicultural history and was included on the UNESCO World Heritage list Saturday.

The island is dotted with east-meets-west style residences built by overseas Chinese elites who returned to the island in the early 20th century.