The pandemic hit as the only thriving Afghan tourism destination was preparing for the season’s first visitors.

Source: An Unnatural History of Destruction: On Iconoclasm as a Tool of War 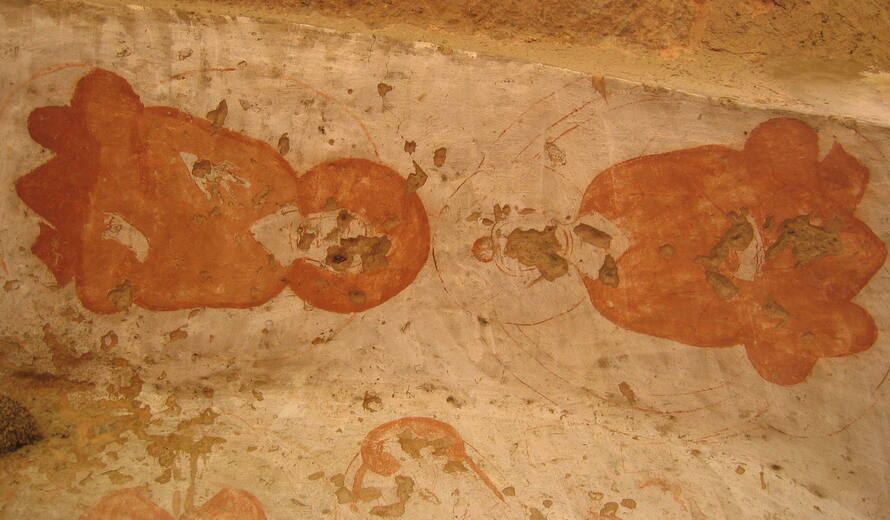 Source: UNESCO and Japan support Afghanistan’s efforts towards removing the Bamiyan Valley from the List of World Heritage in Danger 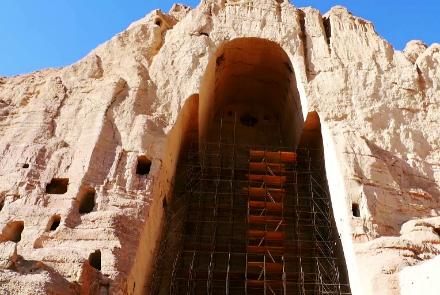 Afghanistan officially endorsed a new project in the Culture Sector, in an agreement signed between Mitsuji Suzuka, Ambassador of the Embassy of Japan and Jordan Naidoo, Director of the UNESCO Kabul Office and Representative to the Islamic Republic of Afghanistan. The new project signed ‘Sustainable Management of the World Heritage…

Source: Afghanistan- Preparing the Removal of Bamiyan from the List of World Heritage in Danger

President Trump issued a threat on Twitter Jan. 4 directed toward Iranians that was visible to thousands on the social media platform. 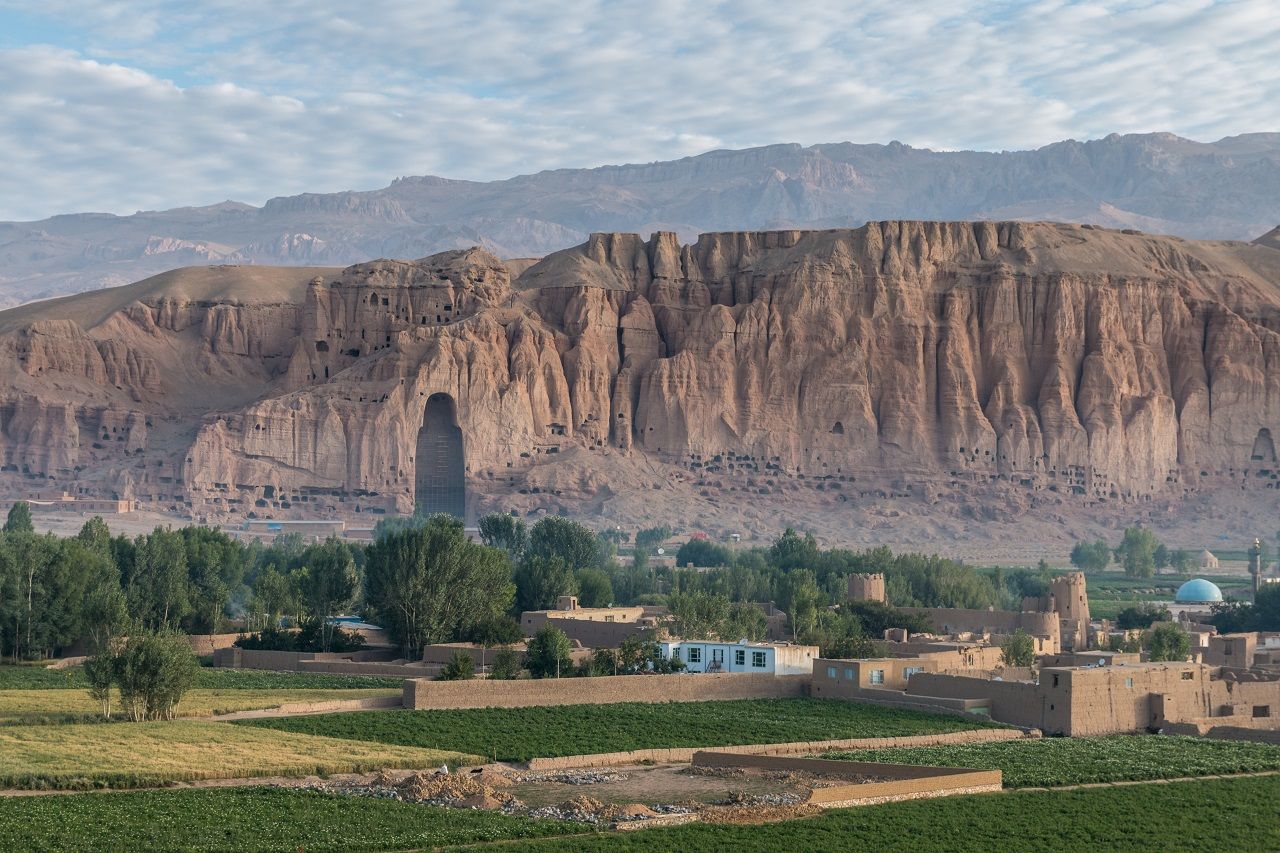 Source: 7 historic treasures destroyed in wars that travelers will never get to see

Band-e-Amir national park in central Bamiyan province offers an opportunity to Afghans to enjoy their holidays. 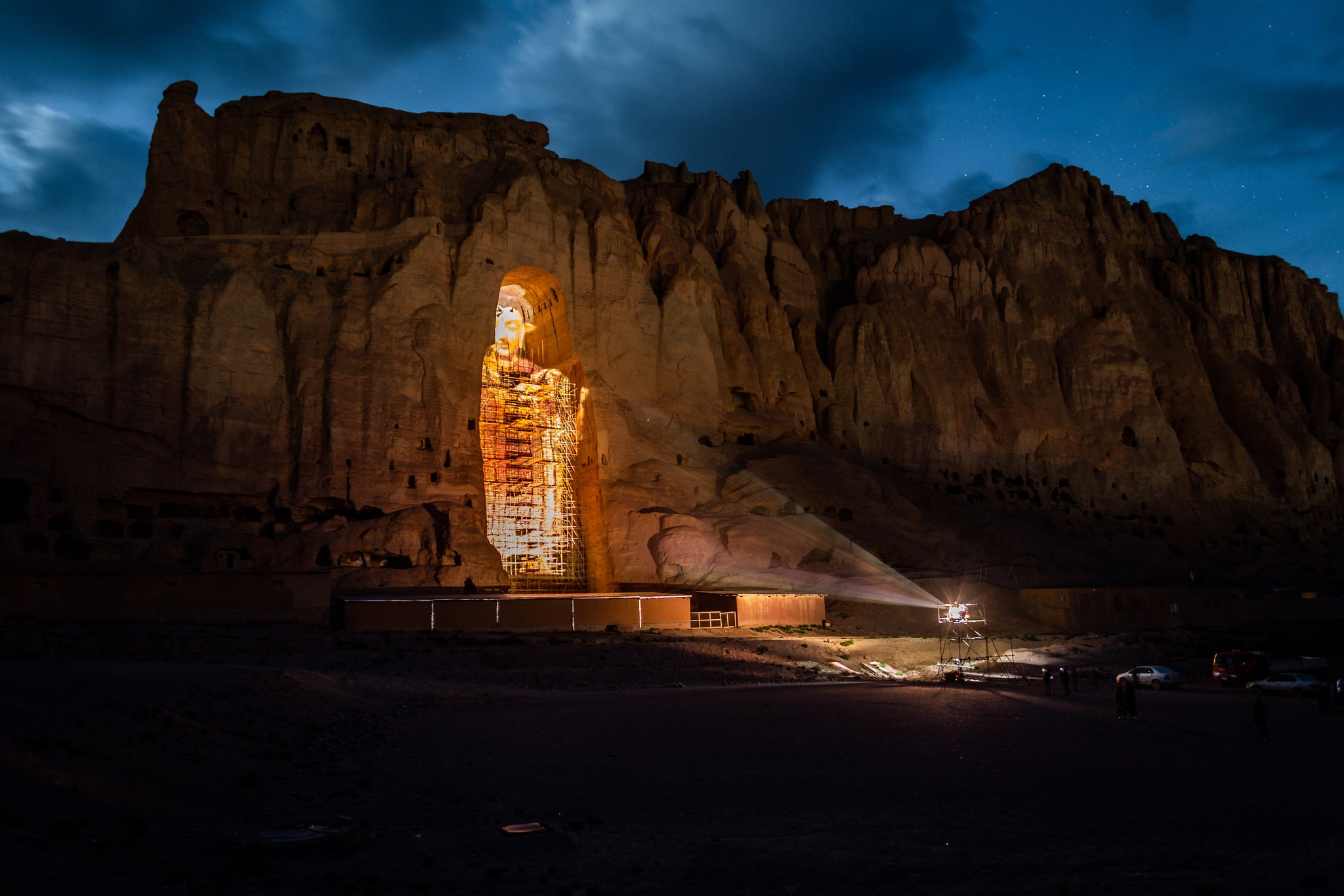 Attempts to destroy Yemeni culture and history will ultimately fail…

Source: Despite their looting, Houthis cannot erase a legacy of civilisation

For nearly a century, the French Archaeological Delegation in Afghanistan (DAFA) has been drawing up an inventory of the archaeological heritage of one of the world’s most unstable countries. Some 5000 sites have already been discovered, both on the ground and from the air. They reveal Afghanistan’s remarkable archaeological wealth, including protohistoric, Greek, Buddhist and Islamic remains, as archaeologist Julio Bendezu-Sarmiento explains.

For the last thirty years, Afghanistan has been associated with images of war, of the Soviet occupation, civil strife, and the Taliban—to the point of concealing the extent to which the country once fired the imagination of archaeologists and adventurers of every sort. It was there that Alexander the Great, who had set out to conquer Asia, is said to have met and married the beautiful Roxana around 330 BC. Buddhism found fertile ground there too, yielding some of its most beautiful works of art, such as the tragically renowned Buddhas carved into the cliffs of the Bamiyan valley, and destroyed by the Taliban in 2001.

BAMIYAN, Afghanistan — The Afghan official in charge of looking after the archeological remains in Bamiyan Valley, a UNESCO World Heritage site, says they are threatened with complete annihilation.

Ahmad Hossein Ahmadpur, the head of the government’s cultural department in the central province of Bamiyan, says the sites, which range in age from 1,500 to 2000 years old, now face extinction.

“What is really worrying is that the erosion and destruction of various archeological sites around Bamiyan Valley are increasing every day,” he told Radio Free Afghanistan on January 24. “Most of them require urgent repairs and preservation to prevent further damage.”

According to UNESCO, eight separate sites in Bamiyan Valley in Afghanistan’s Hindu Kush Mountains constitute the region’s unique heritage. Collectively, they are recognized as a World Heritage site.

The most famous monuments in Bamiyan were two large Buddha statues carved into niches in the valley’s cliffs 15 centuries ago. They are still significant global sites even after the Taliban blew up the statues in 2001.

Other sites such as caves housing Buddhist monasteries, chapels, and sanctuaries where wall paintings from the Gandharan period are now disappearing.

Decades of conflict and political instability have all but destroyed Afghanistan’s once-thriving heritage and tourism industry, but new efforts are being made to promote the country’s spectacular riches.

A trickle of overseas visitors was recorded last year although many Western governments, including the U.S., advise against travel to the country.

Among Afghanistan’s top attractions is Band-e-Amir, the country’s first national park, created in 2009. Home to six stunning turquoise lakes nestled within the dramatic barren landscape of the Hindu Kush mountain range, it is also leading the way on conservation and women’s rights issues.

“Band-e-Amir is one of the most extraordinary sites of natural beauty anywhere in the world,” said Jonny Bealby

BAMIYAN, Afghanistan — Sayed Mirza Hussain faced a wrenching dilemma: commit a shocking act of cultural destruction or be shot by the Taliban.

It was just months before the 9/11 attacks, and Hussain was being held prisoner by the fundamentalist group which controlled most of Afghanistan. The Taliban was at the height of its power and on a mission to destroy all pre-Islamic icons.

At up to 190 feet high, the Bamiyan Buddhas towered over the valley below. The statues dated to the sixth century when the area was a holy site for Buddhists on the Silk Road, the ancient trading route between China and Europe.

Their destruction took place over 25 days in early 2001. Huge cavities in the spectacular sandstone cliffs now mark the spot where the giant Buddhas once stood.

Officials in the historic Afghan province of Bamiyan say that domestic tourism to its famed archeological treasures and nature parks is soaring.

More than 250,000 tourists have visited Bamiyan so far this year, more than double the 100,000 who came last year. Several hundred foreign citizens were also among the visitors.

Bamiyan, a UNESCO world heritage site since 2003, was perhaps best known for the two giant statues of Buddhist deities carved during the third and fourth centuries AD, when Afghanistan was an important junction on the Silk Road.

Standing amid a complex of caves, shrines and grottoes, they survived numerous wars and invasions, including that of Genghis Khan, but were destroyed in 2001 after the Taleban deemed them to be symbols of idolatry.

On 27-29 September 2017, UNESCO will convene a three-day technical symposium in Tokyo, Japan, entitled “The Future of the Bamiyan Buddha Statues: Technical Considerations and Potential Effects on Authentic and Outstanding Universal Value”. This meeting will provide an opportunity to discuss the potential reconstruction of the Buddha statues in the Bamiyan Valley (Afghanistan), which were destroyed in 2001 by the Taliban Regime.

Following the intentional destruction of the Buddha statues, UNESCO led an international discussion aiming to prevent such crimes in the future, which resulted in the landmark ‘UNESCO Declaration Concerning the Intentional Destruction of Cultural Heritage’ in 2003 and, the same year, to the inscription of the “Cultural Landscape and Archaeological Remains of the Bamiyan Valley” simultaneously on the World Heritage List and the List of World Heritage in Danger.

For centuries they stood, two monumental ancient statues of Buddha carved into the cliffs of Bamiyan, loved and revered by generations of Afghans —  only to be pulverised by the Taliban in an act of cultural genocide.

It felt like the loss of family for many who live and tend their crops nearby — but some 15 years on they are hopeful these awe-inspiring relics can be reconstructed.

But experts are divided on the value of rebuilding the artefacts, with some insisting it is more important to preserve the remains of the entire crumbling site.

Archaeologists and restorers, mostly Afghan, German, Japanese and French, working in the Bamiyan Valley in central Afghanistan will meet from December 1-3 in Munich, Germany.

Bamiyan may not be wracked by violence, but it continues to suffer from poverty and years of underdevelopment.

Its roads, paved for the first time in the central province’s history, make Bamiyan’s natural beauty and historical artifacts more accessible than ever. In interviews with Al Jazeera, residents of Bamiyan city and mountainside villages alike spoke proudly of their province’s safety compared to the rest of the nation.

But despite Bamiyan’s relative safety, poverty remains rampant. Nearly 70 percent of the province’s roughly 418,000 people live on less than $25 per month.

“We continue to struggle, so many people are without jobs,” said 19-year-old Zahra in Bamiyan city’s Titanic Market area.

The winter’s snow brings with it a host of economic and health problems.