The Pacific Asia Travel Association (PATA) has revealed next year’s PATA Travel Mart will be held in Leshan, Sichuan, China from September 3-6.

Source: PATA Travel Mart to spice travel up in Sichuan in 2020 | TTG Asia 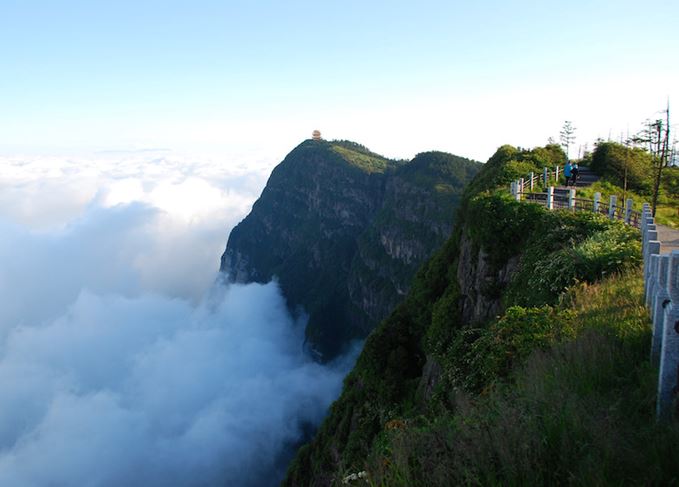 In 2021, a new malt whisky distillery called Emeishan will open in a dramatic location close to the sacred peak of Mount Emei, in China’s Sichuan province. Pernod Ricard will spend up to US$150m in an effort to create China’s ‘most iconic malt whisky’. Richard Woodard finds out more.

Source: Emeishan and the dawn of Chinese whisky | Scotch Whisky Crystal Wilde stops off in Leshan to check out the enormous statue of Buddha on a road trip from Beijing to Lijiang. 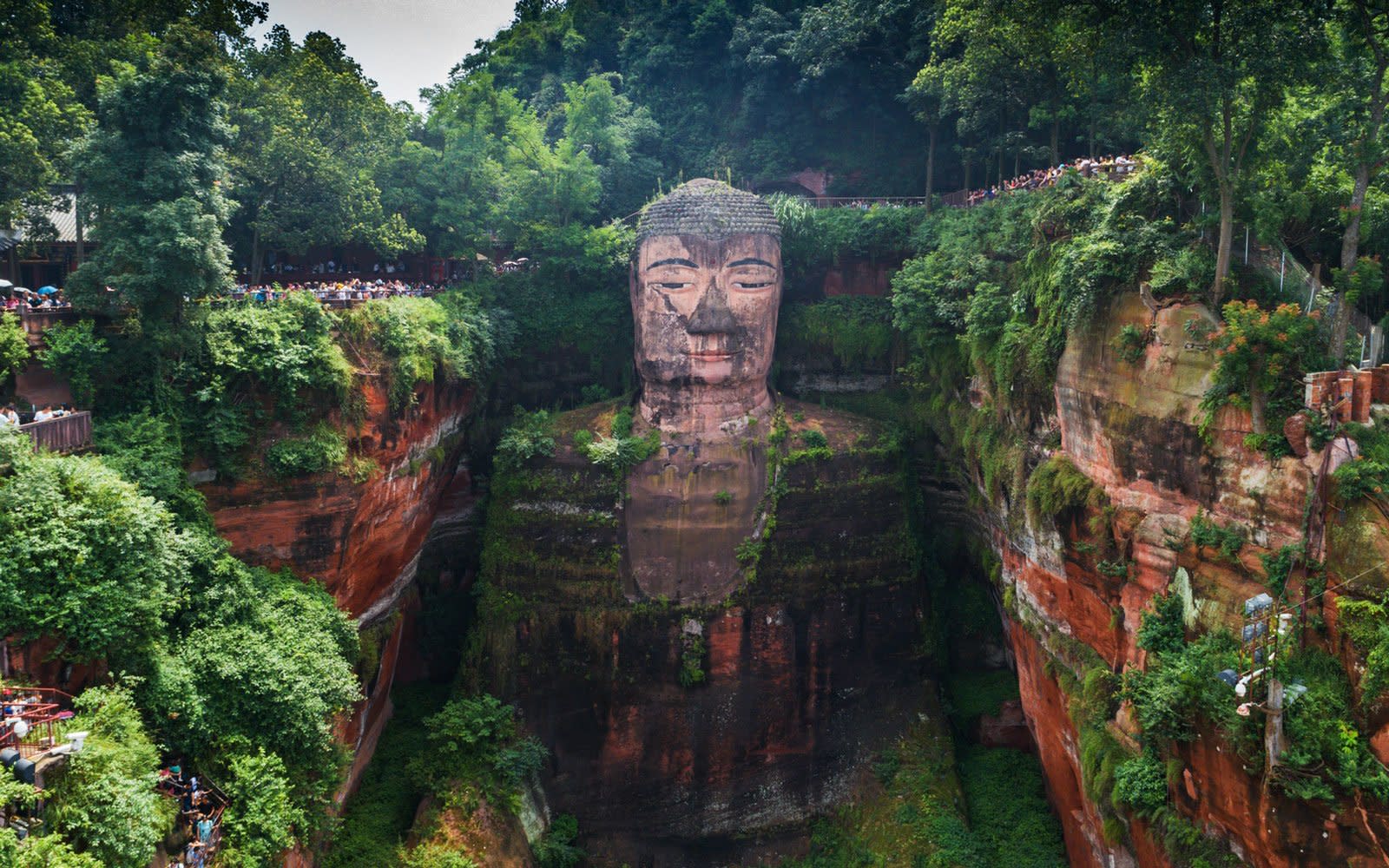 THE Giant Buddha in China, also known as the Leshan Buddha, recently underwent a six-month examination as part of its repair plan. It had suffered degradations from weathering, air pollution, and swarms of tourists. However, last week, it officially reopened to tourists once again. Said to be one of the world’s most…

Source: Heartbroken mother monkey can not bring herself to lay down her dead baby while she is looking for food

List Of 15 Mystical Places In Asia You Should Visit: #1 Mount Kailash – Tibet

Source: 15 Mystical Places In Asia You Should Visit

Emei Mountain , located in Sichuan province, is one of the most famous mountains in China. It became a UNESCO World Natural and Cultural Heritage… 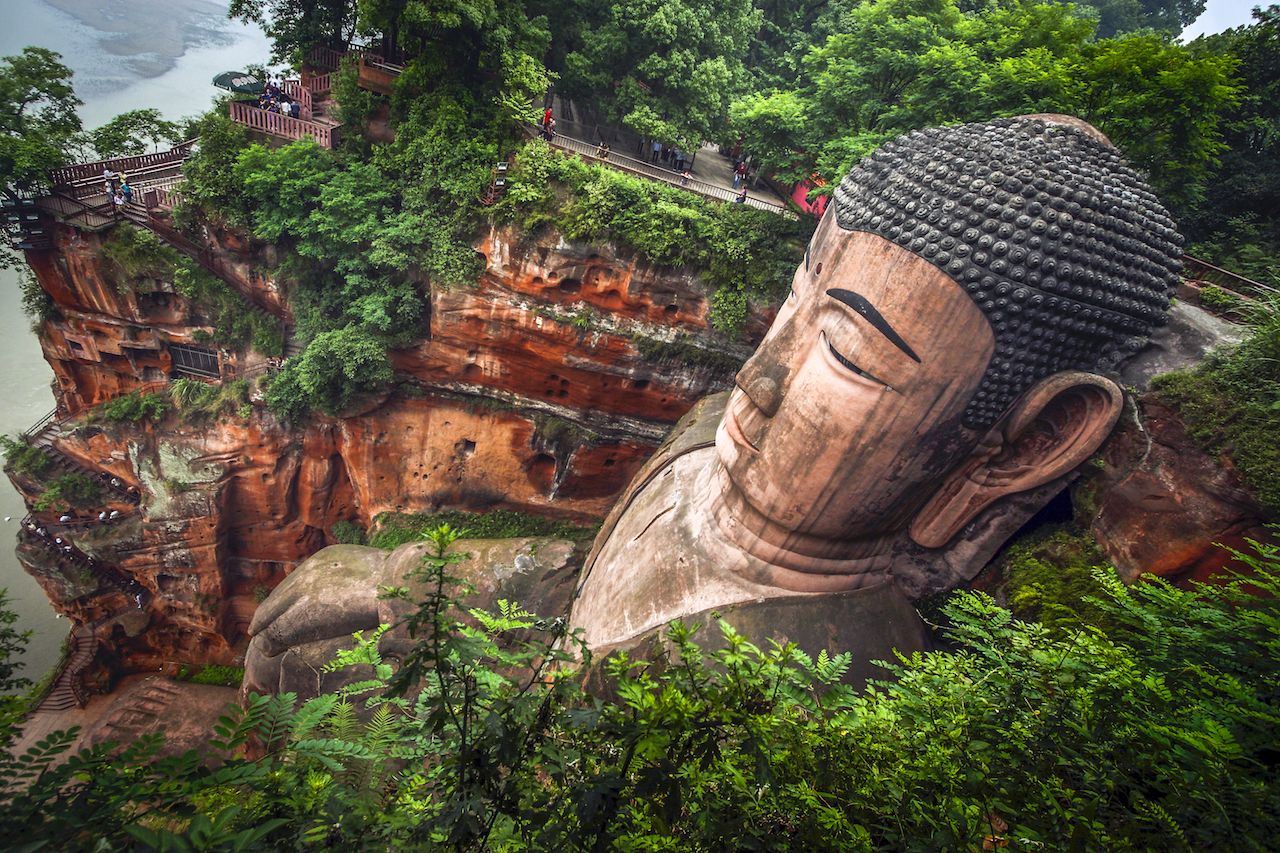 No need for binoculars to spot these effigies.

Source: The 11 most impressive Buddha statues in the world

Throughout the passage of time, humankind has gone to great lengths to depict, honour, and exalt their gods. Religious monuments are scattered across the earth, ranging from humble, tranquil places for prayer and worship, to colossal statues that can be seen from miles away. These landmarks are hallmarks of human spirit and tenacity, and for wandering travellers, offer a sweet dose of culture and history. Add these stunning religious monuments to your bucket list for 2018!

Christ of the Abyss

We all know of the massive Christ the Redeemer monument. Sitting atop the Corcovado mountain in Brazil’s Tijuca Forest National Park, Christ the Redeemer is one of the seven manmade wonders of the world. It is a must-see for travellers to Brazil, but there is another impressive statue of Jesus Christ unbeknownst to most conventional travellers. While Christ the Redeemer towers above Rio de Janeiro at 38 metres in height, this statue sits 17 metres below sea level. A bronze statue of Christ rests at the bottom of the Mediterranean Sea, off Italy’s San Fruttuoso Coast.

Photo taken on Dec. 23, 2017 shows a sculpture on Mount Emei in southwest China’s Sichuan Province. Mount Emei, one of the four sacred mountains for Buddhism in China, has been placed on the World Heritage list by the UNESCO’s World Heritage Committee.

Tourists wait for sunrise on Mount Emei in southwest China’s Sichuan Province, Dec. 23, 2017. Mount Emei, one of the four sacred mountains for Buddhism in China, has been placed on the World Heritage list by the UNESCO’s World Heritage Committee.

Photo taken on Dec. 23, 2017 shows a golden statue of Buddha on Mount Emei in southwest China’s Sichuan Province. Mount Emei, one of the four sacred mountains for Buddhism in China, has been placed on the World Heritage list by the UNESCO’s World Heritage Committee.

Leshan, a city in southwest Sichuan province, is worth a try for both its natural scenery and historical architecture.

The city was an important point along the South Silk Road 2,000 years ago. Buddhism was introduced into Leshan via the route.

The first temple of Mount Emei, about 37 kilometers away from downtown Leshan, was built in the first century AD, marking the beginning of the city becoming an eastern holy land of Buddhism.

People in Leshan started to carve an unprecedented, huge Buddha statute in 713. It took 90 years to complete the 71-meter-tall stone effigy.

Mount Emei Scenic Area, including Leshan Giant Buddha Scenic Area, was listed as a UNESCO World Heritage Site in 1996. The Dongfeng Weir, which dates back more than 350 years, was included on the list of Heritage Irrigation Structures in 2014.

Costa Rica
This Central American nation offers a delightful panoramic view thanks to constant rainfall. Along with white-sand beaches, the country houses lush rainforests, national parks and a copious variety of flora and fauna.
Visit this place towards the end of spring to experience Costa Rica’s rainiest season and lush surroundings without the tourist rush.

Hawaii
Hawaii is full of spots that take your breath away, but if you want to truly enjoy its majestic rains — and incredible rainforest sceneries — head to Big Bog in Maui, or Puu Kukui (the highest peak of Mauna Kahalawa, which was formed by a volcano that eroded into what is now called the Iao Valley), or Mt Waialeale, which means ‘overflowing water’.

If you are a lover of rain, then here’s a list of must-visit places across the world where greenery abounds and sunshine only makes a rare appearance.

There are number of places in the world that receive an immense amount of rain. As a matter of fact, these rainy cities and towns are spread across the globe giving us ample opportunities to explore and experience. Travel aggregator ixigo and digital marketplace Paytm Travel brings you a list of top rainy destinations around the globe that are enticing during their wet season with lush green surroundings and a picture perfect sky.

* Mawsynram, India: Located in Meghalaya, India, the beautiful city of Mawsynram receives an annual rainfall of 11,871 millimeters making it the wettest place in the world.

Here is a list of some of the tallest, oldest, most spectacular, and historically significant statues of Lord Buddha.

The Leshan Giant Buddha is a splendid and awe-inspiring 233 feet tall statue depicting Maitreya, a form of future Buddha. The statue is carved out of a cliff face, and lies at the confluence of three rivers in China’s Sichuan province. The Leshan Giant Buddha was built between the years 713 and 803 and continues to draw tourists to this date. It has been declared a UNESCO World Heritage Site for its historical and archeological significance. Legend says that the construction of the Leshan Giant Buddha was initiated by Chine monk, Hai Tong who believed that the Buddha would calm the turbulent waters of the river and thus protect the vessels traveling down it.