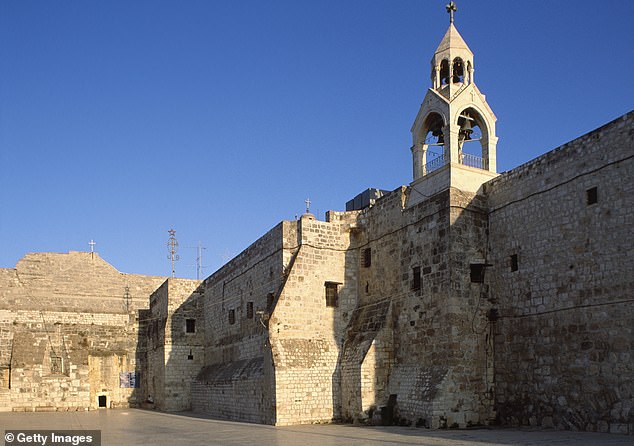 Jeopardy! is being slammed by critics after Friday’s episode ruled that the birth place of Jesus Christ is in Israel not Palestine. 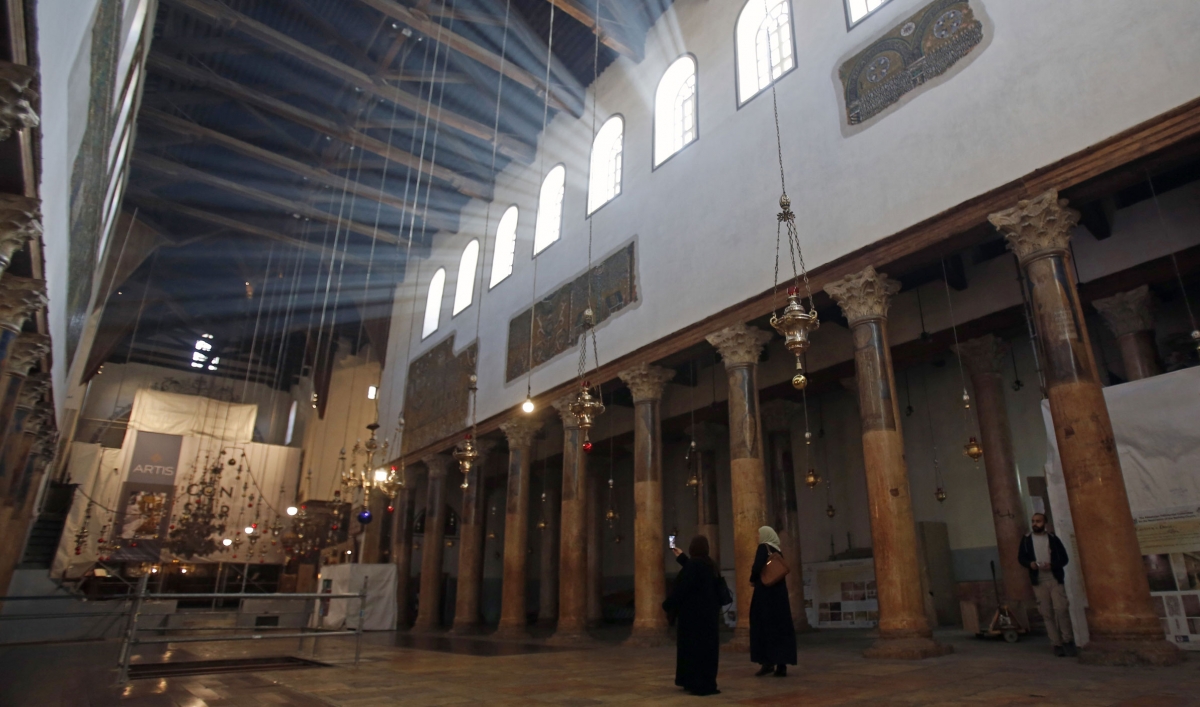 Palestinian officials are hoping that the nearly-completed restoration will boost tourism at a time when the West Bank remains under Israeli occupation, plagued by a political stalemate and hobbled by high unemployment.

Source: Jesus’ Bethlehem birthplace gets a makeover. But will it boost tourism?

The site is believed to be the birthplace of Jesus.

The United Nations Education, Scientific and Cultural Organisation (UNESCO) announced Tuesday that it would… The U.N. cultural agency says Bethlehem’s Church of the Nativity is no longer considered an endangered world heritage site thanks to extensive restoration work at the place celebrated for marking the birthplace of Jesus

Source: UN: Bethlehem’s Church of the Nativity no longer in danger

During a 10-day, TPG work trip to Israel, Lori Zaino decided to take a day trip to Bethlehem after two days touring Jerusalem. Slightly nervous because of logistics, Lori wasn’t quite sure what to expect, as she had to switch guides and vans at the border (Israeli citizens and most vehicles aren’t allowed). But Bethlehem ended …

Source: Here’s Why You Should Add Bethlehem to Your Bucket List

Palestinian officials say what they believe to be a new baptismal font has been discovered at the Church of the Nativity in Bethlehem.

Bethlehem lies 10 kilometers south of the city of Jerusalem, in the fertile limestone hill country of the Holy Land. Since at least the 2nd century AD people have believed that the place where the Church of the Nativity, Bethlehem, now stands is where Jesus was born. One particular cave, over which the first Church was built, is traditionally believed to be the Birthplace itself. In locating the Nativity, the place both marks the beginnings of Christianity and is one of the holiest spots in Christendom. The original basilica church of 339 AD (St Helena), parts of which survive below ground, was arranged so that its octagonal eastern end surrounded, and provided a view of, the cave. This church is overlaid by the present Church of the Nativity, essentially of the mid-6th century AD (Justinian), though with later alterations. It is the oldest Christian church in daily use. Since early medieval times, the Church has been increasingly incorporated into a complex of other ecclesiastical buildings, mainly monastic.

Source: Birthplace of Jesus: Church of the Nativity and the Pilgrimage Route, Bethlehem

Since September 2013, twenty enthusiasts from Bethlehem and around the world have been working to renovate the church

Fifteen centuries after its reconstruction by Emperor Justinian, Bethlehem’s Church of the Nativity has lost none of its splendor.

Each year more than two million pilgrims or tourists enter the small entry door to the basilica to visit the treasures the church has accumulated since it was first recognized in the second century as the site of Jesus’ birth.

Soon, visitors will be able to once again admire mosaics that have been hidden from public view for hundreds of years.

Damaged by fire in the sixth century and worn down by time and events, the church’s appearance has seriously deteriorated.

Palestinian authorities decided in 2009 to seek funding for a complete renovation expected to cost more than 18 million euros.

As usual, Palestinians in the West Bank city of Bethlehem are hosting Christmas festivities for thousands of visitors to the site where Jesus Christ is believed to have been born. But this year, US President Donald Trump’s controversial decision to recognize Jerusalem as Israel’s capital has caused tensions and dampened the holiday mood.

On an unseasonably warm night, a few days before Christmas, Manger Square in the West Bank city of Bethlehem is lit with thousands of bright lights and a huge, twinkling Christmas tree. In the center of the square, a large manger scene has been set up, and parents explain the birth of Jesus Christ to their children. Vendors hawk Christmas decorations and sahlab, a traditional drink made from the ground-up bulbs of orchids.

The United States is pulling out of UNESCO because of what Washington sees as its anti-Israel bias and a need for “fundamental reform” of the U.N. cultural agency.

While the Trump administration had been preparing for a likely withdrawal for months, the announcement by the State Department on Thursday rocked UNESCO’s Paris headquarters, where a heated election to choose a new director is under way.

The outgoing UNESCO chief expressed her “profound regret” at the decision and tried to defend the reputation of the U.N. Educational, Scientific and Cultural Organization, best known for its World Heritage program to protect cultural sites and traditions.

The West Bank wall is a living canvas of Israeli-Palestinian narratives.

A massive concrete wall looms oppressively over Bethlehem’s horizon. Many tourists flock to the city, curious to see the biblical birthplace of Jesus in a grotto under the sixth-century Church of the Nativity on Manger Square, a UNESCO World Heritage site. Instead of finding Christmas card-worthy surroundings of fields and shepherds, an imposing structure—planned to stretch a total of 440 miles and at some points, reaching up to 26 feet tall—divides the landscape.

“The wall is part of the history and everyday life of the local population,” explains Jerusalem native and National Geographic Explorer Aziz Abu Sarah. “It evokes strong emotions and opinions in Israelis and Palestinians for different reasons.”

The “Star Street” is a road that runs through the old town of Bethlehem, leading to the Church of the Nativity. It is about half a mile long, and was included in the UNESCO list of world heritage sites in 2012, under the name “Path for Pilgrims.”

In addition to the street itself and the buildings adjacent to it, the Peace Center on Nursery Square in the center of Bethlehem will also undergo reconstruction.
Read more

One of the holiest sites for Christians was inscribed on the UNESCO World Heritage List in 2012.

The Church of the Nativity in Bethlehem is one of the most religiously and historically significant sites for Christians from all around the world. It is believed to be standing on the birthplace of Christ. The church was built in the 4th Century, and it is one of the oldest Christian churches. The Church is an important site to Christians and Muslims.

Construction of the Church of the Nativity commenced in 326 AD after being commissioned by Constantine the Great and his mother, Saint Helena. It was built directly over a cave in the area where Jesus Christ was thought to have been born.