Tag: JP – Sacred Island of Okinoshima and Associated Sites in the Munakata Region

What to expect at this year’s Munakata Global Environmental Symposium; Tabea Greuner; Time Out 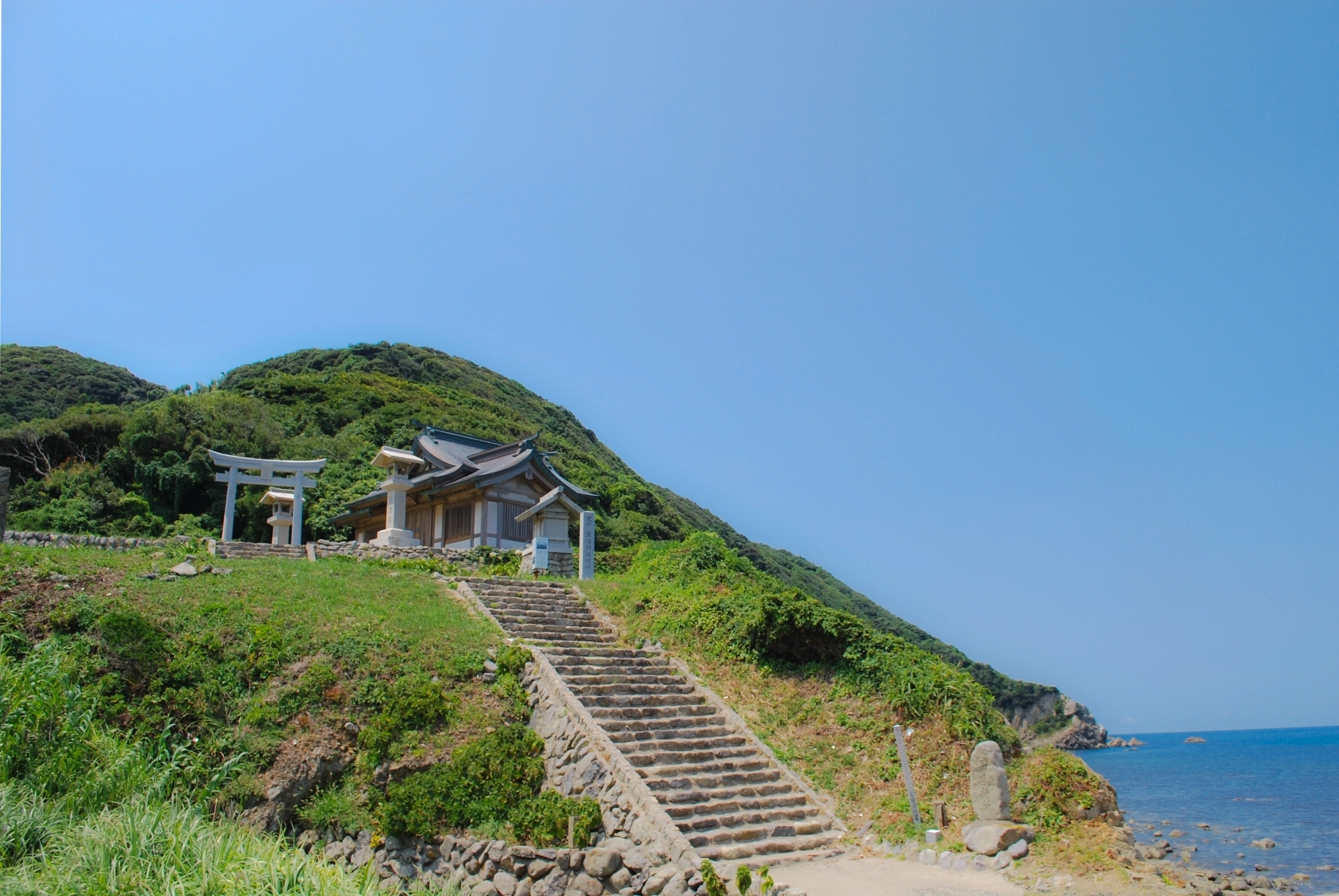 Watch live-streamed discussions on marine ecology, as well as kabuki shows and a J-pop concert by Kyary Pamyu Pamyu…

Source: What to expect at this year’s Munakata Global Environmental Symposium

Munakata Taisha and the Forbidden Island of Okinoshima; Gaijin Pot

Munakata Taisha and the Forbidden Island of Okinoshima…

Men not allowed: Villages where women focus on themselves; Swapna Mohanty; Catch News

While a sacred island which was recently declared world heritage site by UNESCO situated in south-west Japan, Okinoshima, bans women and allows up to 200 men a year to step in the island where Shinto priest offer prayers to the island’s goddess. There are a few islands and places in the world that are inhabited by women. Recent inclusion in this list of only women island is ‘SuperSheIsland’.

OTHER ALL WOMEN ISLANDS

Located in a remote valley, a small town named ‘ Noiva do Cordeiro’ nestling in the hills of southeast Brazil, 300 miles north of Rio de Janeiro is a home to 600 women aging between (20 years-35 years).

Dating back to 1891, this place has single women, divorced women, and women who are ready to marry but they would allow men to live there only if they abide by their rules.

Even if some of them are married but they make it a point that their husband is forced to work away from home and allowed only on weekends.

Source: Men not allowed: Villages where women focus on themselves 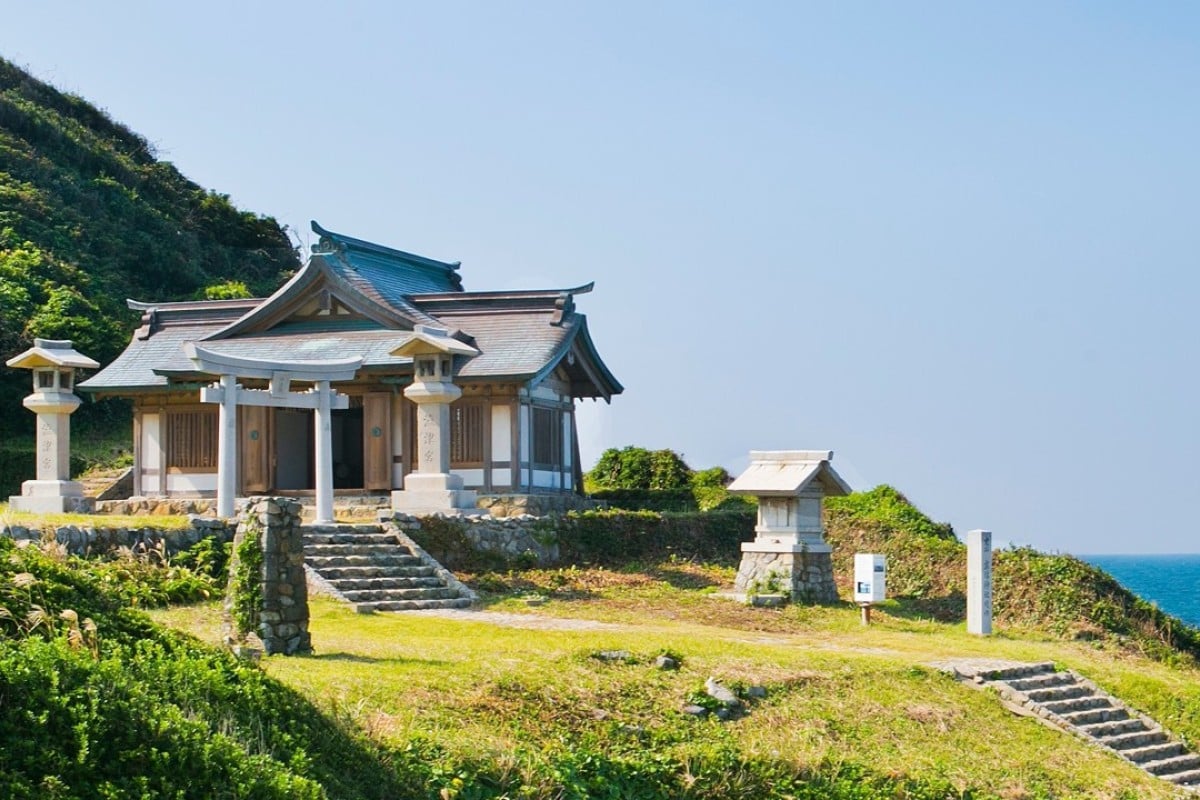 The country’s heritage sites are rich in historical and cultural significance, but are also places of tremendous beauty

Japan has always been a favourite destination for Hongkongers because of its diverse natural environment and its rich cultural heritage. From temples, shrines and castles, to islands and villages, Japan has it all. We’ve picked five must-see Unesco attractions from a remarkable total of 21 Unesco World Heritage sites in Japan.

A beautiful and sacred island in southwestern Japan – where naked male-only visitors can visit the shrine before going ashore during an annual festival in May – was declared a Unesco World Heritage site last year. Okinoshima, which preserves the tradition of worship on the island, is home to a huge collection of Japanese cultural assets, attesting to its importance as an early centre of international exchange with the people of the Korean Peninsula and China.

Horyuji Temple in Ikaruga, one of the world’s oldest wooden buildings, was the first site in Japan to be recognised by Unesco and included on the World Heritage List in 1993.

Japanese island where women are BANNED and only men are allowed – but would you visit?; Kara Godfrey; Daily Express 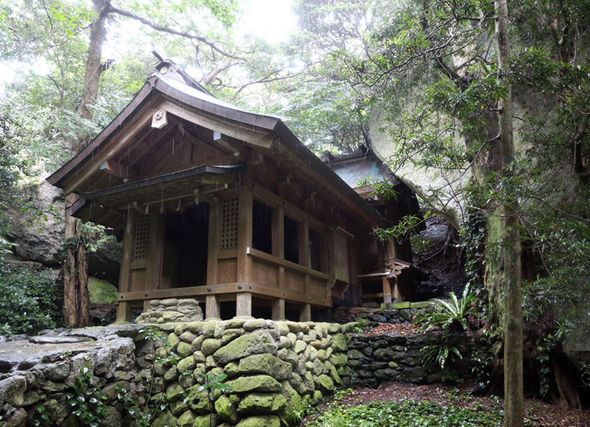 A JAPANESE island only allows men to enter, with women being banned altogether.

An island in Japan is one of the few places in the world that only men are allowed to enter, with women being banned from stepping foot on it.

Okinoshima island, lying between the Korean Peninsula and Kyushu, is still home to ancient rituals that men must abide by.

One of the rules still in place is the preventing of females from being allowed to see the island.

It was awarded a UNESCO World Heritage status last year due to the cultural heritage it holds.

Men who enter the island must strip all of their clothing before being cleansed in a ritual and bathing in the sea.

One of the biggest rules is that nothing is allowed to be taken off the island. 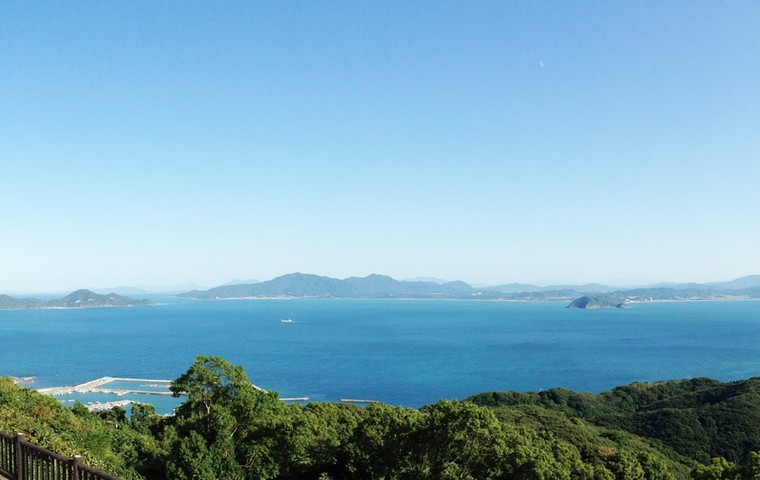 Okinoshima is an island that lies in the stretch of ocean that separates the Japanese archipelago from the Korean Peninsula. Since ancient times, people have worshipped the island as a deity and prayed for safe passage across those seas. Also referred to as “the sacred island,” Okinoshima is part of a group of heritage sites (officially referred to as the Sacred Island of Okinoshima and Associated Sites in the Munakata Region) where Shinto rituals were conducted over a 500-year period (between the latter half of the 4th century and the end of the 9th century AD). There are around 80,000 ancient artefacts—now designated as Japanese national treasures—that were dedicated as offerings to the deities of the time. The remains of these ancient ritual sites have remained almost untouched; protected and passed down for over 1,000 years.

The sacred Japanese island, Okinoshima, was recently added to UNESCO’s prestigious World Heritage Site list. While the island itself is certainly stunning, there’s one catch to UNESCO’s latest addition – women are not allowed to visit the sacred island for reasons that are not entirely understood.

Historically, Okinoshima is considered to be a kami within the Shinto faith. Kami is understood to be any god-like entity that is complex or awe-inspiring. They can found within nature, people, or even the afterlife.

Okinoshima’s geographical characteristics most likely contributed to it becoming a revered location for the Japanese people. Archeological evidence on the island reveals valuable information on the evolution of Shinto rituals through the years, helping scientists better understand the religion itself as well as its contribution to society.

As if it wasn’t weird enough that a newly-named UNESCO World Heritage Site was accessible only to men, it’s now becoming even more exclusive. So exclusive, in fact, that actually no travelers will be allowed to go there. At all. Period.

Okinoshima Island is a tiny landmass off the coast of Japan, and was declared a UNESCO site just last week. Aside from its impressive status, however, it’s home to some pretty strict rules, including how only men can visit, and how they need to bathe naked in the sea before they can step foot on land.

Up until now, the island has allowed for 200 visitors per year, and all at one same time: an annual festival that lasts just two hours.

Okinoshima is a sacred island in Japan that no woman can enter, and it has just become a UNESCO World Heritage site.

The ban of women may be due to an ancient Shinto belief that blood is impure and women who menstruate may risk offending the Goddess living on the sacred island.

Another possibility is that the goddess of the island would become jealous of other female visitors.

Currently, only a few people are allowed to visit the island and must bathe naked in the sea before entering its sacred grounds.

The island was recently declared a UNESCO World Heritage site thanks to Okitsu Shrine, a Shinto shrine that is housed on the island. 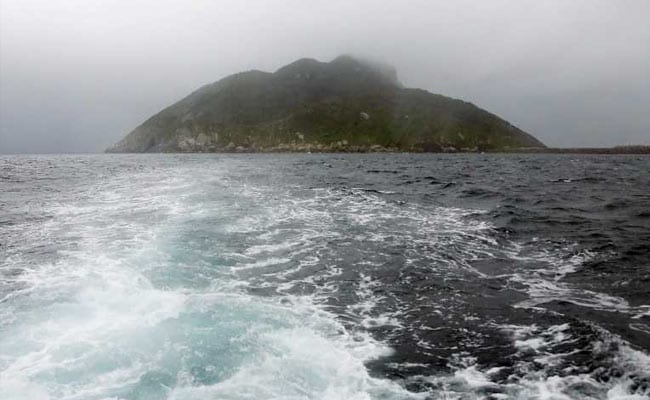 The tiny landmass of Okinoshima in Japan, where women are banned and male visitors must bathe naked in the sea before visiting its shrine, was declared a UNESCO World Heritage site last week.

TOKYO:  Visitors will not be allowed to set foot on a men-only UNESCO World Heritage island in Japan from next year, an official said Saturday.

The tiny landmass of Okinoshima, where women are banned and male visitors must bathe naked in the sea before visiting its shrine, was declared a UNESCO World Heritage site last week.

Limited numbers are currently permitted to land on the island in the Sea of Japan (East Sea) — this year it was 200 — for a yearly festival that lasts just two hours, but they must adhere to strict rules.