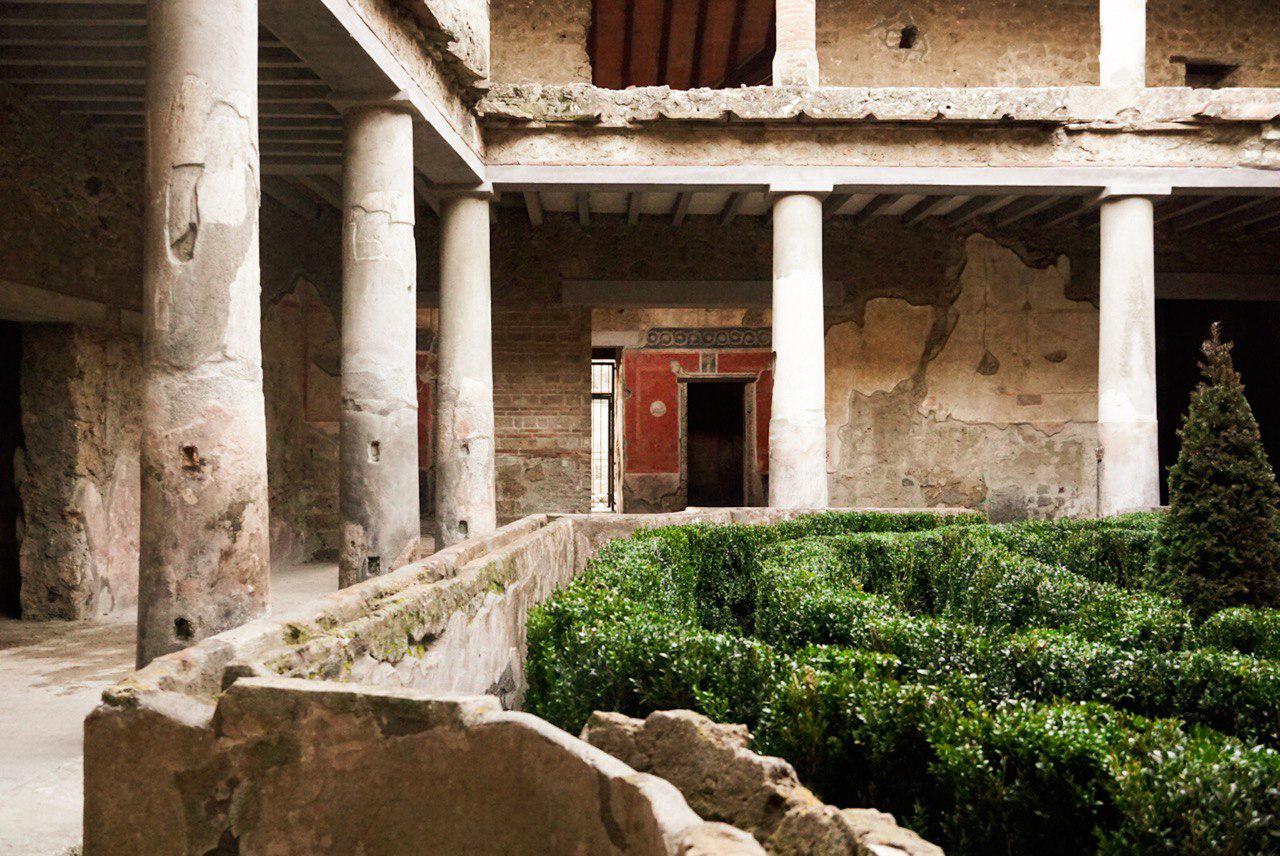 The building, one of three newly restored painted houses, is named for a Latin inscription that reads, “Lovers lead, like bees, a life as sweet as honey”…

Source: Pompeii’s House of Lovers Reopens to the Public After 40 Years

The six-year restoration project has breathed new life into the ruins of the 2000-year-old city.

Source: Incredible treasures found during restoration of Pompeii after earthquake

All across this great world of ours are spectacular sites that must be preserved for future generations so they can understand the world from which they evolved. Many of… 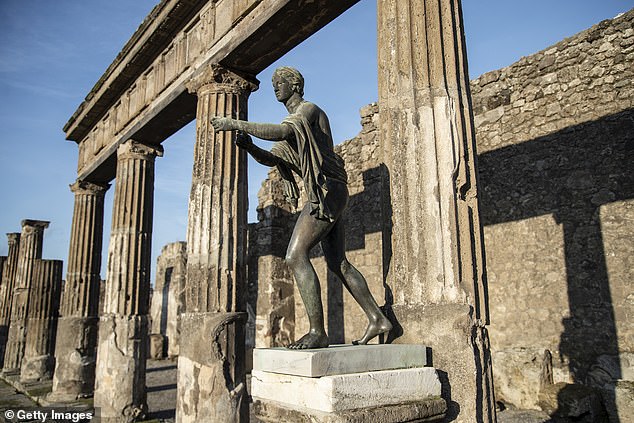 The central baths were opened to modern-day visitors to Pompeii on November 25 this year, following a painstaking excavation.

Source: Pompeii child’s remains found in the ruins of the city’s central baths 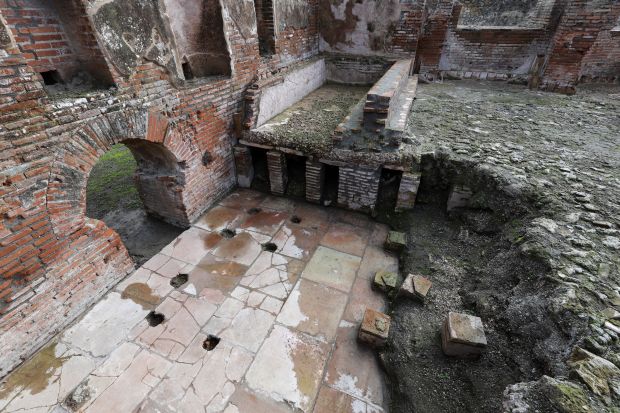 THERMAL baths designed to be ‘the jewel of Pompeii’ have finally been opened to visitors after a painstaking excavation. The Roman city was destroyed by a volcanic eruption 2,000 years …

Source: Tragic remains of Pompeii child who tried to shelter from volcano found at ‘grand baths’

Magnificent thermal baths designed to be the jewel of Pompeii but destroyed by a volcanic eruption before they could be completed opened to visitors for the first time on Monday after a painstaking excavation.

The scene, one of many paintings recently found in the ruins of the ancient city, depicts a defeated gladiator begging for his life… Italian culture minister Dario Franceschini has announced archaeologists’ discovery of a new gladiator fresco in the ancient city of Pompeii.

Source: A Harrowingly Realistic Fresco of Gladiators in Combat Has Been Unearthed in Pompeii | artnet News

Archaeologists have uncovered a trunk at Pompeii containing a vast variety of fascinating objects that may have been part of a ‘sorcerer’s treasure trove’. 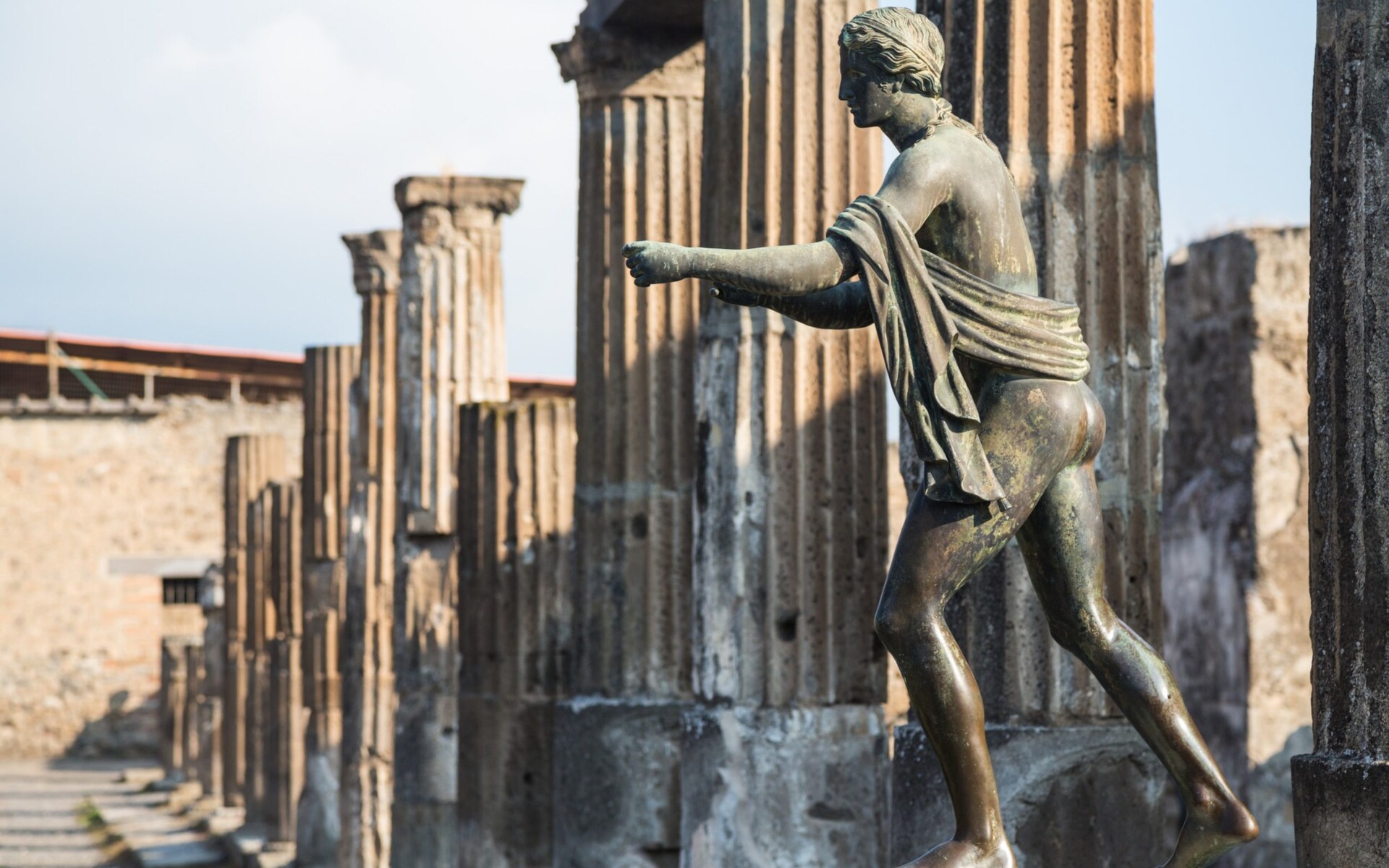 The ancient city of Pompeii is one of Italy’s most popular tourist attractions drawing nearly three and a half million visitors a year. 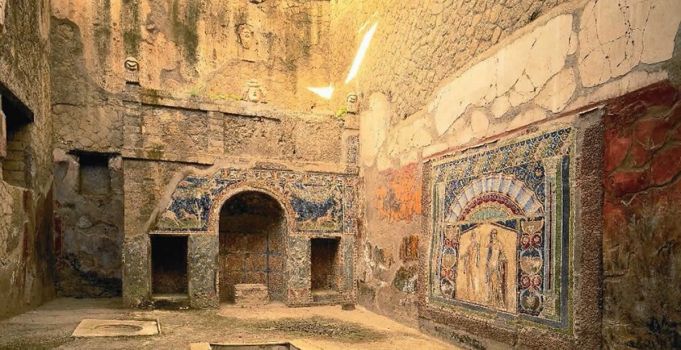 Herculaneum is less well-known than Pompeii but in many ways it offers a more complete visitor experience. One hot summer day in 79 AD, 300 terrified citizens of the seaside town of Herculaneum fled to the harbour in a desperate attempt to escape from the advancing cloud of deadly pyroclastic dust erupting from the nearby volcano, Vesuvius. Families huddled together inside the row of cave-like warehouses carved out of the seafront wall, clutching their children and their valuables, waiting for the imperial Roman fleet to come and rescue them. Unfortunately, they waited in vain.

Source: The unique heritage of Herculaneum

A guard at the Pompeii ruins says Caprice Arnold chiseled off some ancient mosaic tiles and put them in her purse. Arnold says it’s a “misunderstanding.”

Visit the UNESCO World Heritage Site of Pompeii with a skip-the-line ticket and take advantage of an included audio-guide service.

Pompeii is one of the most important archaeological sites and tourist attractions in Italy, and today it is a UNESCO World Heritage Site due to its preservation and the “complete and vivid picture of society and daily life at a specific moment in the past that is without parallel anywhere in the world.” If you are planning a day trip to Pompeii from Sorrento or Naples, read on for what you need to know including opening times, ticket prices, what to see, how to get to Vesuvius from Pompeii and so on!

Source: Italy Travel Guide: A Day Trip to Pompeii and Mount Vesuvius From Naples or Sorrento Source: The Italian Insiders: Our ultimate guide to Italy without the crowds

The volcanic eruption that destroyed the ancient Roman city of Pompeii probably took place two months later than previously thought, Italian officials said on Tuesday. Historians have traditionally dated the disaster to Aug. 24 79 AD, but excavations on the vast site in southern Italy have unearthed…

Visit the UNESCO World Heritage Site of Pompeii with a skip-the-line ticket.

When Mount Vesuvius erupted in 79 AD, showering Pompeii with hot rock, volcanic ash and noxious gas, it buried the residents of the ancient city forever, preserving their remains in the ash.

But they weren’t the only ones preserved. Their animals were, too.

One of those animals was found recently in a remarkable discovery at the UNESCO World Heritage site near Naples, Italy. The remains of an ancient horse was found in a section of a well-preserved villa, on a large, walled tract of land north of Pompeii that was used for farming.

Massimo Osanna, director general of the Archaeological Park of Pompeii, described the discovery as one of the most interesting in the history of the park and the first instance of archaeologists being able to reconstruct horse remains there, through a special plaster casting technique used at dig sites. As such, he said, the news was “thrilling” for the archaeologists who work at the ruins.

Read more from source: Remains of ancient horse unearthed by archaeologists at Pompeii