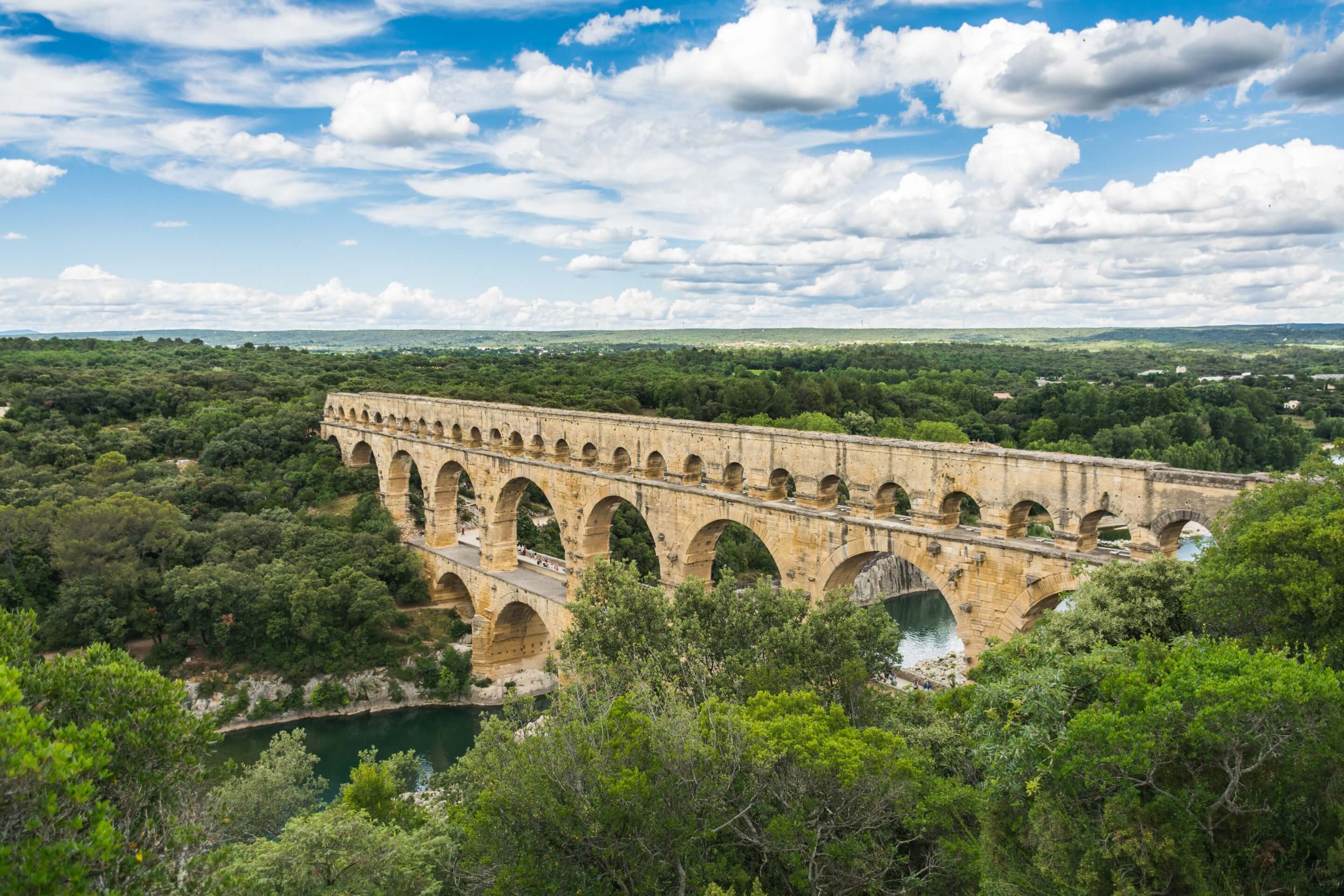 Amazon plans to build a new warehouse in France near the UNESCO World Heritage Site designated Pont du Gard, and people are pushing back.

A Whistle Stop Tour of the Gard; France Today

Follow in the footsteps of the Romans and medieval pilgrims who once traversed this glorious landscape, from its rugged gorges and verdant pastures to the windswept wilds of the Camargue.

Source: A Whistle Stop Tour of the Gard | Travel to the South of France

7 Roman Ruins To Explore Outside Of Italy; Penny Sadler; TravelAwaits 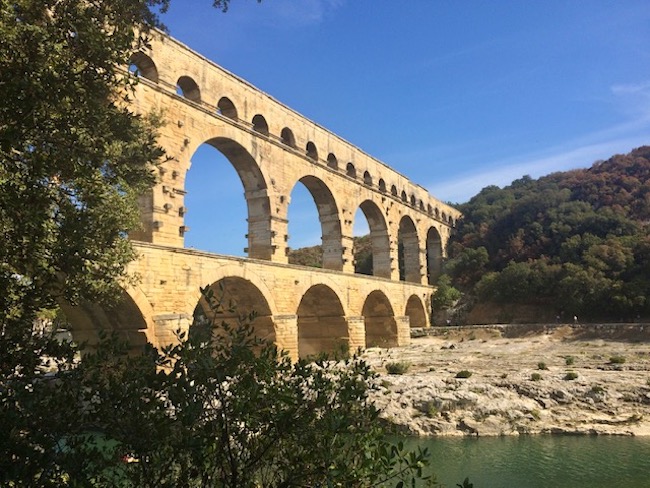 France, England, Croatia, and Turkey are just a few of the other places you can find outstanding examples of Roman history and culture.

Source: 7 Roman Ruins To Explore Outside Of Italy – TravelAwaits 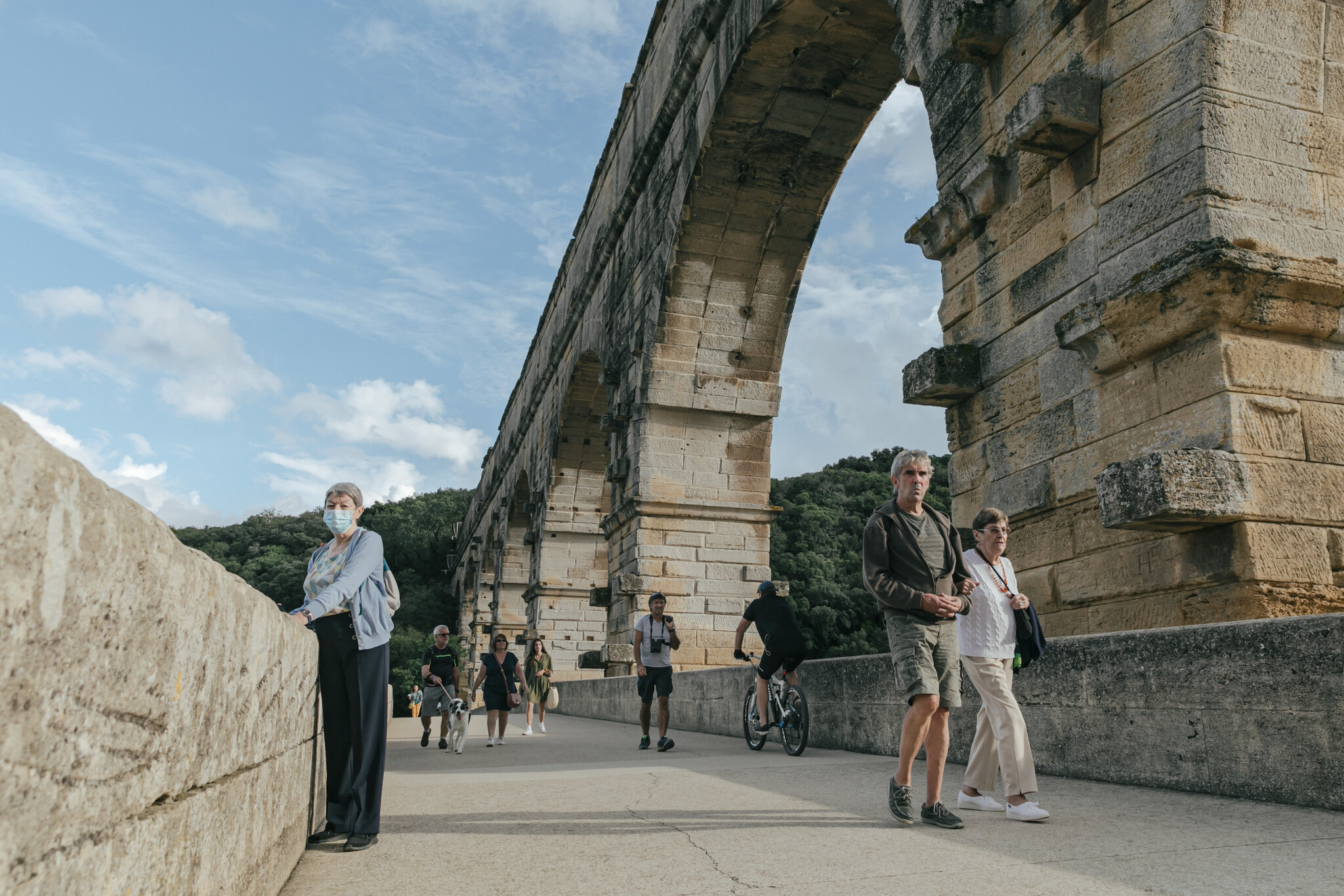 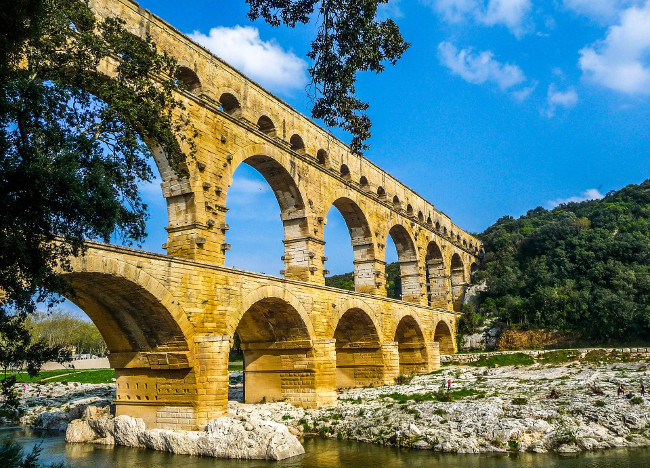 The charming medieval towns of Uzès and Castillon du Gard make Provence worth visiting outside of the lavender fields. Don’t get me… 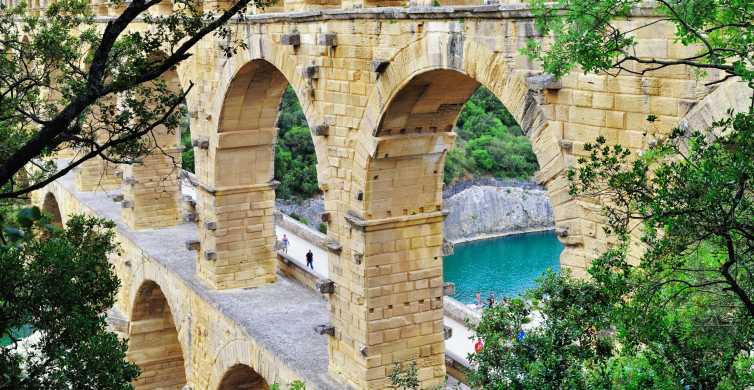 Take a journey through history from the Roman era to the Middle Ages on this tour of Uzès and Nîmes. Admire the medieval landmarks of Uzès, the spectacular Roman constructions in Nîmes, and the 2,000-year Pont du Gard, a UNESCO World Heritage Site.

The Languedoc Roussillon region of France has a long and illustrious history dating back to Roman times. There’s plenty of thngs to do in the Languedoc, whether it is exploring Roman archeological ruins, the medieval fortified city of Carcassone, Europe’s largest river delta at the Camargue or the charming towns lining the 200+ miles of coastline edging the Meditteranean Sea.

Although ever-popular Provence gets all the attention, the neighbouring French region of Languedoc-Roussillon is where the smart money goes to avoid the crowds but still get the French countryside charm. We first discovered the Languedoc accidentally when my husband won a charity auction for a luxury stay at Maison Laurent near Carcassone. We loved it so much we have returned several times including with the kids. We weren’t surprised when Lonely Planet named it among the top 10 regions to visit in the world for 2018, along with Alaska in the USA, the Julian Alps in Slovenia and Bahia in Brasil.

5 of the best art and architecture stops in Nîmes, France; Pontus Silfverstolpe; A Luxury Travel Blog

Located some 50 kilometres from the Mediterranean coast, the city of Nîmes has been a point of interest in France for over 8 millennia. During the 2nd century BC, the Roman state took control of the area, stamping its cultural footprint on the city; today, many fine examples of Roman architecture still shape the landscape of Nîmes, leading to its nickname as the ‘French Rome’. The city also takes cultural influence from its neighbour, Spain, biannually hosting one of the most important bullfighting events in the country – the Feria de Nîmes. The rich history, warm climate and picturesque landscape of the city make Nîmes the perfect location for a leisure-indulgent long weekend. Here’s our list of the best art and architecture stops to check out on your visit:

The one place you absolutely have to see in each department of France; Oliver Gee; The Local

Chateaux, national parks, museums, beaches, and historical sites (plus much more). These are the must-see places in each of France’s 96 mainland departments. How many can you tick off?
01. Ain, eastern France
The historical village of Pérouges, which has ranked among the most beautiful in France, is even the setting for a handful of French period films.
02. Aisne, northern France
You simply cannot go past the Laon cathedral, from the 12th century, which ranks up with Notre Dame in terms of France’s top examples of Gothic architecture.
03. Allier, central France
Head to the Maison Mantin, a museum in the town of Moulins, that was once a mansion in the late 19th century before being closed off for a century. It was opened to the public in 2010 and offers a really eclectic collection of art.
04. Alpes-de-Hautes-Provence, southern France
Read more

On our very first visit to Nimes, there was one place I’d really wanted to see but considering how you’d need to have a car (or go on a bus journey which was rumoured to be over 1 hour long) and we’d showed up with no plans on getting a car, I’d just decided that this was one sight we would have to skip.

To be fair, there’s a lot to keep you occupied in Nimes anyway, so this sight was ‘surplus to requirements’ so to speak.

The sight in question was the Pont du Gard – an ancient Roman viaduct, a UNESCO World Heritage Sites and, according to Wikipedia, the highest elevated Roman Aqueduct in the world.