In 1993 Tongariro became the first property to be inscribed on the World Heritage List under the revised criteria describing cultural landscapes. The mountains at the heart of the park have cultural and religious significance for the Maori people and symbolize the spiritual links between this community and its environment. The park has active and extinct volcanoes, a diverse range of ecosystems and some spectacular landscapes. 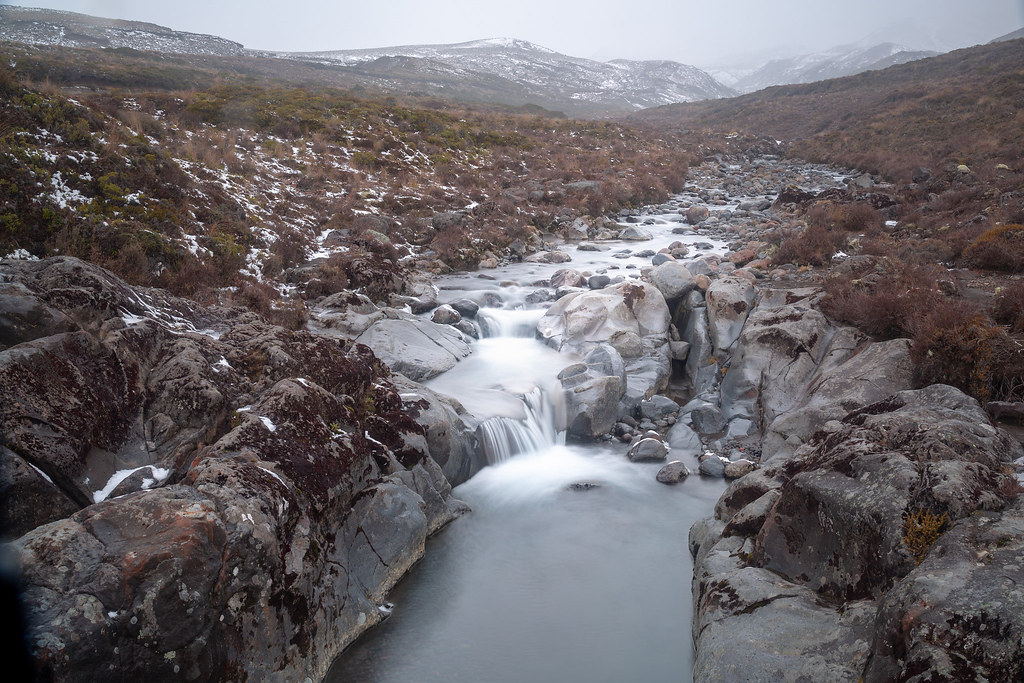 Taupō, also written Taupo, is a town on the northern shore of Lake Taupo, New Zealand’s largest lake, in the central North Island. It is built around the lake’s outlet into the Waikato River, the country’s longest river. It is a popular tourist destination due to its lake, boating, trout fishing, geothermal attractions, waterfalls, outdoor activities and proximity to the North Island’s highest mountains. The Lake Taupo area is on a volcanic plateau. The lake, famed for its trout fishing and boating, fills the caldera of one of the largest supervolcanoes in the world, in a still active geological region. About 26,000 years ago, the lake area was a volcano that erupted in an enormous explosion that ejected about 1,200 km³ of material, spreading it over the central North Island and forming the Volcanic Plateau. The resulting depression became Lake Taupo after it filled with water draining off the surrounding hills [read more].

Napier in New Zealand is the most consistently Art Deco city in the world, due to being largely rebuilt in the 1930s following a devastating earthquake in 1931. It is in Hawke’s Bay, on the sunny east coast of the North Island. At 10:47 AM on 3 February 1931, Napier and the wider Hawke’s Bay was struck by a magnitude 7.8 earthquake. The quake and subsequent fire killed 256 people and destroyed much of the central business district. The demolition rubble was dumped along the eastern foreshore and turned into gardens and a recreational reserve. After the earthquake, the CBD and other areas were rebuilt in the Art Deco styles prevailing at the time. Today, Napier is billed as “the Art Deco capital of the world”, with over 100 Art Deco buildings in the CBD alone, most of which have been restored and heritage-listed. The earthquake raised the land by several metres, draining the Ahuriri Lagoon [read more].

Hamilton (Kirikiriroa in Māori) is an inland city in the Waikato region of New Zealand’s North Island. The Waikato River, New Zealand’s longest river, flows through the middle of the city. This effectively cuts the city in half, with Hamilton West containing the Central Business District and main shopping areas, and Hamilton East home to the University of Waikato and a large student population. See Hamilton Gardens. A nice place to visit. In addition to ‘normal’ gardens such as a rose garden and the Rhododendron Lawn, you can see ‘themed’ gardens, such as the Chinese Scholar Garden, or the American Revolutionist Garden, among others. Some of the themed gardens are inaccessible after 7:30PM (8PM in the summer); Hamilton Zoo. Home to over 600 native New Zealand and exotic animals. Kids especially enjoy it. To get there, enter Hamilton from the north or south on SH1, and look for the signs on the section of SH1 called Avalon Drive (Te Rapa area in the north) [read more].