A remarkable example of isolated oceanic islands, born of volcanic activity more than 2,000 m under the sea, these islands boast a spectacular topography and are home to numerous endemic species, especially birds. 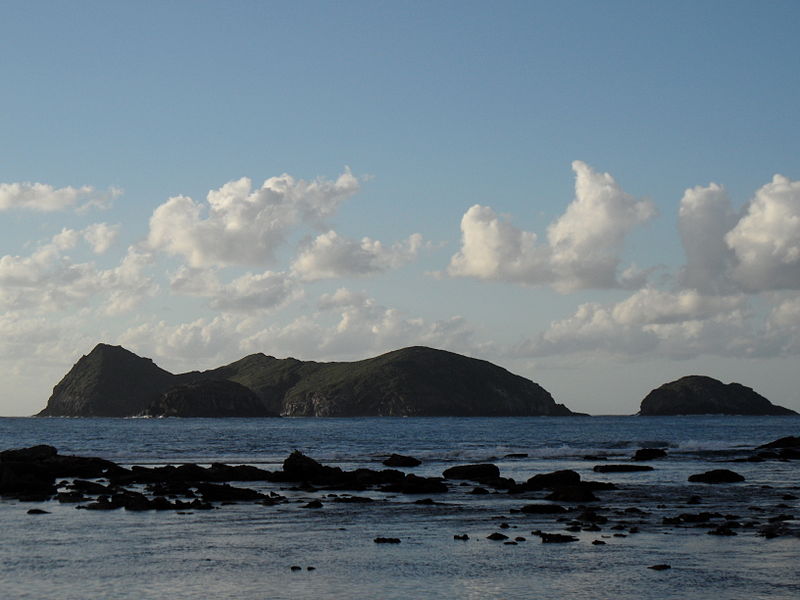 The Lord Howe Island Group is an outstanding example of oceanic islands of volcanic origin containing a unique biota of plants and animals, as well as the world’s most southerly true coral reef. It is an area of spectacular and scenic landscapes encapsulated within a small land area, and provides important breeding grounds for colonies of seabirds as well as significant natural habitat for the conservation of threatened species. Iconic species include endemics such as the flightless Lord Howe Woodhen (Gallirallis sylvestris), once regarded as one of the rarest birds in the world, and the Lord Howe Island Phasmid (Dryococelus australis), the world’s largest stick insect that was feared extinct until its rediscovery on Balls Pyramid.

About 75% of the terrestrial part of the property is managed as a Permanent Park Preserve, consisting of the northern and southern mountains of Lord Howe Island itself, plus the Admiralty Islands, Mutton Bird Islands, Balls Pyramid and surrounding islets. The property is located in the Tasman Sea, approximately 570 kilometres east of Port Macquarie. The entire property including the marine area and associated coral reefs covers 146,300 hectares, with the terrestrial area covering approximately 1,540 hectares.

Criterion (vii): The Lord Howe Island Group is grandiose in its topographic relief and has an exceptional diversity of spectacular and scenic landscapes within a small area, including sheer mountain slopes, a broad arc of hills enclosing the lagoon and Balls Pyramid rising abruptly from the ocean. It is considered to be an outstanding example of an island system developed from submarine volcanic activity and demonstrates the nearly complete stage in the destruction of a large shield volcano. Having the most southerly coral reef in the world, it demonstrates a rare example of a zone of transition between algal and coral reefs. Many species are at their ecological limits, endemism is high, and unique assemblages of temperate and tropical forms cohabit.

The islands support extensive colonies of nesting seabirds, making them significant over a wide oceanic region. They are the only major breeding locality for the Providence Petrel (Pterodroma solandri), and contain one of the world’s largest breeding concentrations of Red-tailed Tropicbird (Phaethon rubricauda).

Criterion (x): The Lord Howe Island Group is an outstanding example of the development of a characteristic insular biota that has adapted to the island environment through speciation. A significant number of endemic species or subspecies of plants and animals have evolved in a very limited area. The diversity of landscapes and biota and the high number of threatened and endemic species make these islands an outstanding example of independent evolutionary processes.

Lord Howe Island supports a number of endangered endemic species or subspecies of plants and animals, for example the Lord Howe Woodhen, which at time of inscription was considered one of the world’s rarest birds. While sadly a number of endemic species disappeared with the arrival of people and their accompanying species, the Lord Howe Island Phasmid, the largest stick insect in the world, still exists on Balls Pyramid. The islands are an outstanding example of an oceanic island group with a diverse range of ecosystems and species that have been subject to human influences for a relatively limited period.

Lord Howe Island is a world heritage declared island around 600 km off the coast of Eastern Australia. A place of unique beauty with volcanic mountains and rainforest lying between surf and lagoon beaches. Lord Howe has the world’s most southerly coral reef, with an amazing diversity of marine life, and several species only seen in the waters of the island. The island was discovered in May 1788 by the HMS Supply, on a voyage from the newly settled Sydney town. There is no evidence of any human habitation of the island prior to this. The island soon became a supply point on trips to Norfolk Island, as well as a base for whaling. The lagoon of the island was used until 1974 as a stopover point for flying boats to America and New Zealand, as well as to bring visitors to the island. Lord Howe Island is crescent-shaped, 10 km long and 1.5 km wide at its greatest width [read more].