Founded in the early 16th century in honour of the Holy Trinity, the city was a bridgehead for the conquest of the American continent. Its 18th- and 19th-century buildings, such as the Palacio Brunet and the Palacio Cantero, were built in its days of prosperity from the sugar trade. 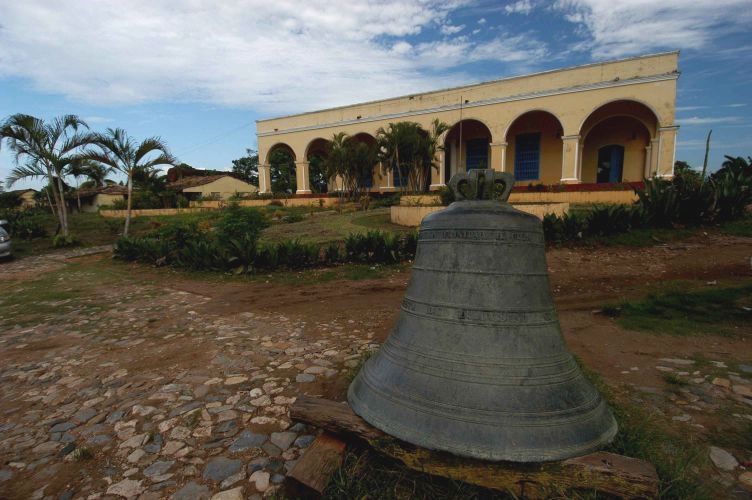 Trinidad, located in the central Cuban province of Sancti Spíritus, was founded in the early 16th century but owes its existence and its historical raison d’être to the sugar industry that flourished there and in the nearby Valley de los Ingenios (Valley of the Sugar Mills) from the late 18th century to the late 19th century. The exemplary city of Trinidad’s prosperity during this period is clearly legible in its existing built environment, its buildings ranging in expression from modest, vernacular variants to elaborate, luxurious edifices. The Valley de los Ingenios is a remarkable testimony to the development of the sugar industry. A living museum of Cuban sugar production, it includes the sites of 75 former cane sugar mills, plantation houses, barracks and other facilities related to this vulnerable industry, which has witnessed a gradual and progressive decline.

Trinidad’s urban ensemble of domestic buildings has an exceptional typological continuity and homogeneity in terms of construction and design, in a vernacular fashion nuanced by small- to medium-sized lots, in which early 18th century buildings strongly marked by Andalusian and Moorish influences blend harmoniously with more elaborate 19th-century models that splendidly mix European neoclassical forms, superimposed on traditional spatial patterns. The heart of the 37-ha historic centre is Plaza Mayor, on which, overlooked by the campanile of the Convento de San Francisco, stand two noteworthy edifices: the Palacio Brunet, which provides the most authentic picture of the golden age of the city; and the neoclassical-style Palacio Cantero, which now houses the municipal history museum. In addition to its architecture, much of Trinidad’s urban fabric, including the irregular system of squares and plazas, cobblestone streets and other historical and urban elements, has been preserved.

Twelve kilometres northeast of Trinidad are three interconnected rural valleys – San Luis, Santa Rosa and Meyer – that make up the 225-km2 Valley de los Ingenios. More than fifty sugar mills were in operation here at the industry’s peak in the 19th century, and in 1827 more than 11,000 slaves were working in the mills. A long, gradual decline in Cuba’s sugar industry accelerated significantly in the 1990s. The former plantations, mill buildings and other facilities and archaeological sites in the Valley de los Ingenios represent the richest and best-preserved testimony of the Caribbean sugar agro-industrial process of the 18th and 19th centuries, and of the slavery phenomenon associated with it.

Criterion (iv) : Shaped by the region’s 18th- and 19th-century sugar industry, the exemplary city of Trinidad owes to sugar its continued existence and its historical raison d’être, which is clearly legible in the existing built environment of the city and the nearby Valley de los Ingenios.

Criterion (v): The Valley de los Ingenios is a remarkable testimony to the development of the sugar industry and a living museum featuring 75 former sugar mills, plantation houses, barracks and other facilities related to this vulnerable industry.

Sancti Spiritus is a city in central Cuba. Sights in Sancti Spiritus include: The bridge over the Rio Yayabo, built by the Spanish in 1815; Museo de Arte Colonial, just north of the bridge, which displays 19th Century furniture in a huge house that once belonged to the Valle-Iznaga family; Street market along Calle Llano, which is paved with cobblestones (just east of the museo de Arte Colonial); and Fundacion de la Naturaleza y El Hombre, located off the Parque Maceo in the northern part of the city centre, which documents the 17,422-km canoe trip from Equador to Barbados led by Cuban writer Antonio Nunez Jimenez in 1987. Take a walk through the historical centre of the city, starting from the train station in the south and ending at the Parque Maceo in the north. There are two hotels in Sancti Spiritus — the Hostal del Rijo off the Plaza Honorato and the Hotel Plaza off the Parque Serafin Sanchez [read more].

Santa Clara is the capital city of the Cuban province of Villa Clara. Santa Clara is most central with regards to the province as well as the country. Santa Clara is the 5th largest city with almost 250,000 inhabitants. See Mausoleum for the fallen of the Revolution. Santa Clara contains the mausoleum for the fallen of the Revolution. Included in this mausoleum are the remains of Che Guevara himself. In order to maintain the sanctity of the place, photography inside the mausoleum is strictly prohibited. Also, there are no souvenir-sellers to be found nearby. There is also a Che Guevara museum, as well as a huge square (Plaza de la Revolucion) overlooked by a large statue of Che. Americans are, unofficially at least, not allowed inside the museum and mausoleum, although they don’t ask for ID but just where you are from. Monumento a la Toma del Tren Blindado (5/10 min east of the center) [read more].

Camagüey is a relatively modern capital of Camagüey Province and Cuba’s third largest city. Although has some beautiful old churches and colonial buildings, it is not usually considered as a tourist stop. Nevertheless, it is a great city to visit if looking for the “real” Cuban experience. See the historic centre of Camaguey is the largest in Cuba. There are several museums, including Museo Provincial Ignacio Agramonte, Iglesia de Nuestra Senora de la Soledad and Iglesia de Nuestra Senora de la Merced. You can climb the tower at the Cathedral de Nuestra Senora de la Candelaria off of Plaza San Juan de Dios. The park Casino Campestre just over the river is Cuba’s largest urban park and has plenty of shade. The local market is on the banks of the Rio Hatibonico at the south end of the historic centre. Walk around the historic centre, with its seemingly randomly oriented streets and dozens of nooks and crannies [read more].