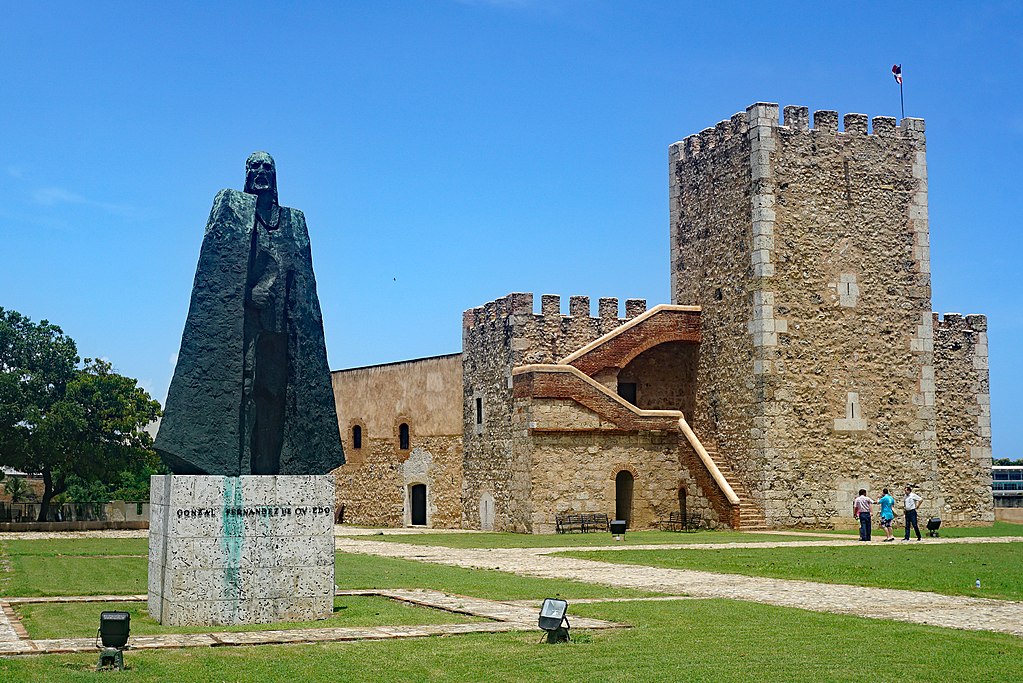 After Christopher Columbus’s arrival on the island in 1492, Santo Domingo became the site of the first cathedral, hospital, customs house and university in the Americas. This colonial town, founded in 1498, was laid out on a grid pattern that became the model for almost all town planners in the New World. 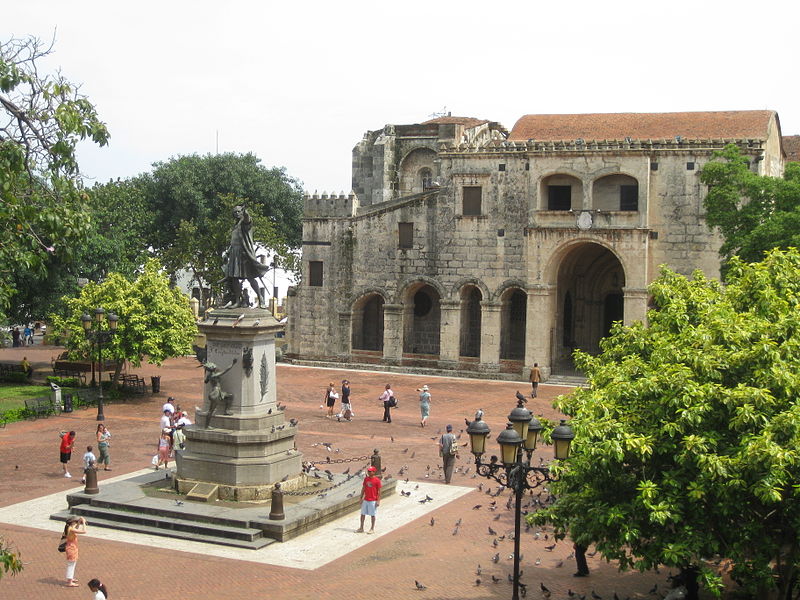 First permanent establishment of the « New World » and capital of the West Indies,the Colonial City of Santo Domingo – the only one of the 15th century in the Americas – was the place of departure for the spread of European culture and the conquest of the continent. From its port conquerors such as Ponce de Leon, Juan de Esquivel, Herman Cortes, Vasco Núñez de Balboa, Alonso de Ojeda and many others departed in search of new lands.

Located at the mouth of the Ozama, on the south coast of Hispaniola Island, the Colonial City of Santo Domingo is the core from which Santo Domingo de Guzman, capital of the Dominican Republic, was founded. Originally established on the east side of the Ozama in 1496, it was founded by Bartholomew Columbus in 1498, by order of the Catholic kings.  In 1502, the Governor Nicolas de Ovando transferred its institutions to the west bank and decided to provide the city with a grid pattern from the Grand Place (Plaza Mayor). This checkerboard layout later became a reference for almost all the town planners of the New World.

City of « firsts »,Santo Domngo was the headquarters for the first institutions in the Americas : Saint Mary of the Incarnation Cathedral, Saint Francois Monastery, Saint Thomas Aquinas University,  Nicholas de Bari Hospital, and the Casa de Contratación.  It is also the first fortified city (fortress of Santo Domingo and its Torre del Homenaje) and the first headquarters of Spanish power in the New World.

Over an area of 106 ha, bordered by walls, bastions and forts, the inscribed site comprises 32 streets that criss-cross the 116 blocks, constructions of one or two levels with stone, brick or earthen walls. Its original plan, the scale of its streets and its buildings are almost totally intact; it is the only living urban centre that retains its characteristics of the 15th century. With its monumental heritage ensemble and its Gothic buildings unique in this region of the continent, the Colonial City of Santo Domingo maintains in essence the structure, use and functions that have characterized the first constructions at the time of its foundation, preserving its integrity and authenticity.

City of encounters, it is here where for the first time native, European and African  cultures crossed and where multicultural understanding was developed in  total synchronization of knowledge, language, belief and experiences. Also, it is the Colonial City of Santo Domingo where the Dominican monk, Brother Antonio Montesino launched his appeal for the natural right of the natives, marking the beginning of the combat for the fundamental rights of mankind.

Criterion (ii): The Colonial City of Santo Domingo has exercised a strong influence on the development of the cities of the Caribbean and the American continent.  Its grid pattern and its Plaza Mayor have served as a model for new cities in the Americas. Its institutional buildings date from the 16th century – Palace of the Viceroy, Cabildo  (Town Hall), Real Audiencia (Royal Court of Justice) Chancery and Cathedral – have served as references for future development.

Criterion (iv): The initial urban fabric of the City of Santo Domingo, the « Ovando model » is conserved intact, as much in the regularity of its grid layout adjusted here and there due to topographical imperatives, as the original width of its streets.  Its monumental buildings that date from the beginning of the 16th century, bear witness to the decline of Spanish Gothic and the appearance of the first indications of the Renaissance, as is eloquently illustrated in its cathedral.

Criterion (vi): Events of universal importance have seen the light of day in Santo Domingo: expeditions and conquests of new lands left from this point; the spread of evangelization and the first Leyes de Indias (Laws of the Indies) were proclaimed and enforced.

Santo Domingo is the capital of the Dominican Republic, the oldest European city in the Americas, and the most developed city on the island of Hispaniola. The old city is on the UNESCO World Heritage List. Elsewhere in the Dominican Republic, which is named after Santo Domingo, it’s more common to just call this city “the capital” than to call it by its name. Founded by Christopher Columbus’s brother Bartolome Colombus in 1496, it is the oldest continuously inhabited European settlement in the Americas and was the first seat of the Spanish colonial empire in the New World. For this reason, the city of Santo Domingo has a really rich historic and cultural heritage that makes any visit extremely worthwhile. Santo Domingo remains one of the most populous cities in the Central America-Caribbean area, and the main economic and commercial center of this region. The country suffered 31 years of a brutal dictatorship by Trujillo, during which time the city was called “Ciudad Trujillo” [read more].

Santiago de los Caballeros is a city in the Dominican Republic. The buildings are old and classic Caribbean Spanish style. See Centro Leon (Centro Leon Santiago). This is the modern center of Santiago, offering art galleries, audiovisual presentations, cinemacafe every week, a library and multimedia services. Local and international expos are present all around the year. Monument of Santiago (Monumento a los Héroes de la Restauración), Avenida Circunvalacion. Firstly built in 1944 during the dictatorship of Rafael Trujillo. It was later renamed Monument to the Heroes of the Restoration to honor figures from the Dominican Restoration War (1863-65), in which the Dominican Republic defeated Spain. The monument is located at the highest hill in the city and inside there’s a museum and library. Conveniently, almost all the nightlife in Santiago is located around this area and live concerts are arrenged within the premises. Calle El Sol is the shopping street of Santiago de los Caballeros [read more].