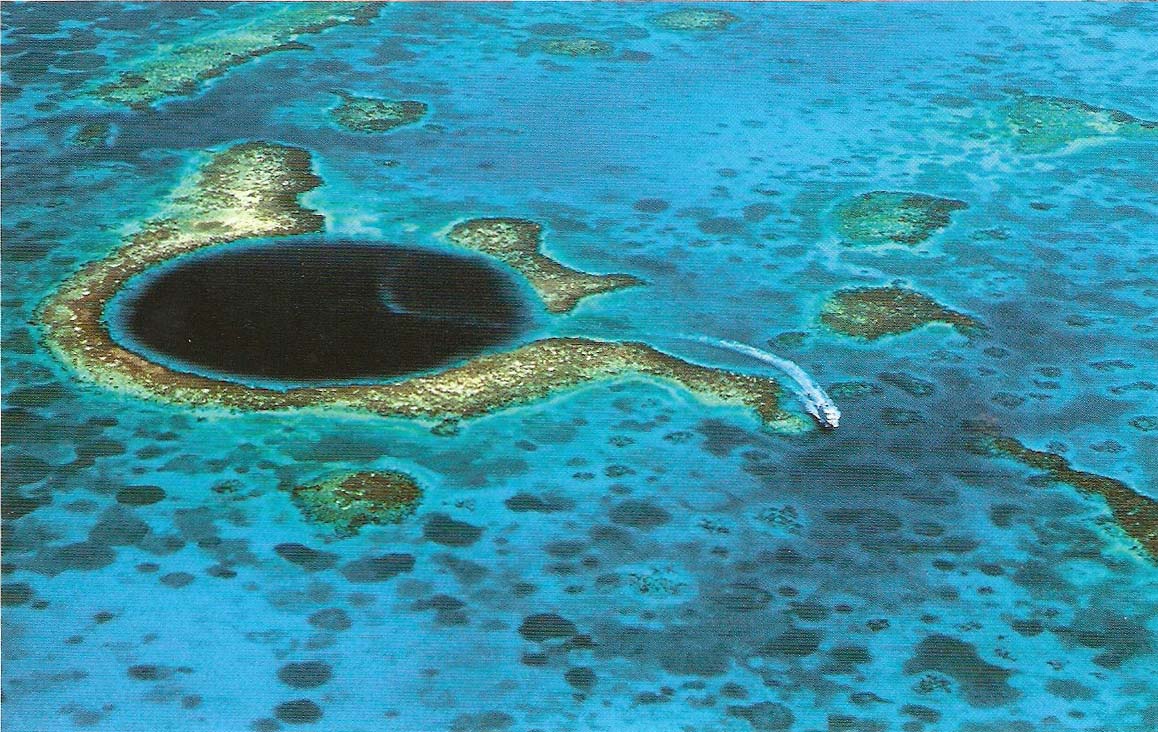 The coastal area of Belize is an outstanding natural system consisting of the largest barrier reef in the northern hemisphere, offshore atolls, several hundred sand cays, mangrove forests, coastal lagoons and estuaries. The system’s seven sites illustrate the evolutionary history of reef development and are a significant habitat for threatened species, including marine turtles, manatees and the American marine crocodile.

The unique array of reef types within one self-contained area distinguishes the BBRRS from other reef systems. The site is one of the most pristine reef ecosystems in the Western Hemisphere and was referred to ‘as the most remarkable reef in the West Indies’ by Charles Darwin.  Outside of the reef complex the property contains three atolls; Turneffe Island, Lighthouse Reef and Glover’s Reef. The Barrier Reef and atolls exhibit some of the best reef growth in the Caribbean.  The reef complex is comprised of approximately 450 sand and mangrove cayes.

The property provides important habitat for a number of threatened marine species, harbouring a number of species of conservation concern including the West Indian manatee (Trichechus manatus), green turtle (Chelonia mydas), hawksbill turtle (Eretmochelys imbricata), loggerhead turtle (Caretta caretta), and the American crocodile (Crocodylus acutus) as well as endemic and migratory birds which reproduce in the littoral forests of cayes, atolls and coastal areas. Major bird colonies include the red-footed booby (Sula sula) on Half-Moon Caye, brown booby (Sula leucogaster) on Man O’War Caye and the common noddy (Anous stolidus) on Glover’s Reef.  Approximately 247 taxa of marine flora have been described within the complex and over 500 fish, 65 sceleritian coral, 45 hydroid and 350 mollusc species have also been identified, in addition to a great diversity of sponges, marine worms and crustaceans.

Criterion (vii): The Belize Barrier Reef Reserve System (BBRRS) is unique in the world for its array of reef types contained in a relatively small area. As the longest barrier reef in the Northern and Western Hemispheres and distinctive on account of its size, array of reef types and the luxuriance of corals thriving in a pristine condition it provides a classic example of the evolutionary history of reefs and reef systems. The rise and fall of sea level over the millennia, coupled with natural karst topography and clear waters, results in a diverse submarine seascape of patch reefs, fringing reefs, faros, pinnacle reefs, barrier reefs as well as off-shelf atolls, rare deep water coral reefs and other unique geological features such as the Blue Hole and Rocky Point where the barrier reef touches the shore. The spectacular picturesque natural setting of brilliant white sand cayes and verdant green mangrove cayes is in dramatic contrast to the surrounding azure waters.

Criteria (ix): Illustrating a classic example of reef types, including fringing, barrier and atoll reef types, the BBRRS contains an intact ecosystem gradient ranging from the terrestrial to the deep ocean. Including littoral, wetland, and mangrove ecosystems, to seagrass beds interspersed with lagoonal reefs, to the outer barrier reef platform and oceanic atolls, this ecological gradient provides for a full complement of life-cycle needs, supporting critical spawning, nesting, foraging, and nursery ecosystem functions. Maintaining these ecological and biological processes ensures robust and resilient reefs, which are them selves one of the world’s most ancient and diverse ecosystems.

Criteria (x): Home to a diverse array of top predators, on land, sea and in the air, the jaguars of Bacalar Chico, the great hammerheads of the Blue Hole, and the ospreys of Glovers Reef are a testament to the property’s importance and its ecological integrity. A total of 178 terrestrial plants and 246 taxa of marine flora have been described from the area while over 500 species of fish, 65 scleractinian corals, 45 hydroids and 350 molluscs have been recorded. Numerous endangered species are protected within the boundaries of the BBRRS including; the West Indian manatee, the American crocodile and three species of sea turtle. The property also provides valuable habitat for three species of groupers, and the red-footed booby. The BBRRS is also home to endemic species including several Yucatan birds, island lizards, several fishes, tunicates, and sponges, making it an area with one of the highest levels of marine biodiversity in the Atlantic.

San Pedro. Ambergris Caye is the largest of several hundred islands in the northernmost waters of Belize, Central America. This simple island is a top destination in Belize for tourists worldwide,and its lack of high-rise hotels or big city public transportation gives the island a relaxed, laid-back feel. The July/August 2008 issue of Islands Magazine featured a list of the Top 10 islands across the world that are most desirable to call home. Here’s an excerpt on why Ambergris Caye made the list: “The budget-friendly properties available a few flip-flop steps away from the beach, an exuberant expat community and the vibrant streets of San Pedro earned this Central American island a place on our list. It’s pretty easy to move here, too, since immigration policies are friendly, the locals speak English and it takes about two hours to reach Belize from Florida.” [read more]

Belize City is the largest city in Belize. It is on a small peninsula protruding into the Caribbean Sea. It was the capital city until flooding and other damage from a hurricane in 1961 prompted the government to relocated to Belmopan, closer to the geographic center of the country. To get around, use a taxi. If you want to get out of Belize City, use the taxi, bus, or even the little airplanes which take you to other destinations in Belize for less than US$100. Most tourists use Belize City as a transportation hub and spend little time in the city. With that said, Belize City is still the cultural centre of the country and offers a comparably large number of cultural attractions. All places accept US dollars as the Belizean dollar is pegged to the US dollar at BZ$2=US$1. [read more]

San Ignacio is a small town in the Cayo region of Belize. San Ignacio, or Cayo as it is called, is located on the Macal river, and makes a good and affordable base for exploration of the stunning regions around it, with plenty of day trips to be taken and several decent tour guides willing to take you. It’s also an important transit town en route to or from Guatemala. San Ignacio is renowned for its close proximity to Belize’s famous Maya ruins, as well as being a hub for outdoor activities including caving, hiking, kayaking, horseback riding, and more. It is also one of the last towns in Belize before entering Guatemala, where many visitors go to visit the Tikal Maya ruins. The roads in town are quite walkable, and traffic is light. Almost everything is within a 5-minute walk from downtown. There is no reason to drive. [read more]