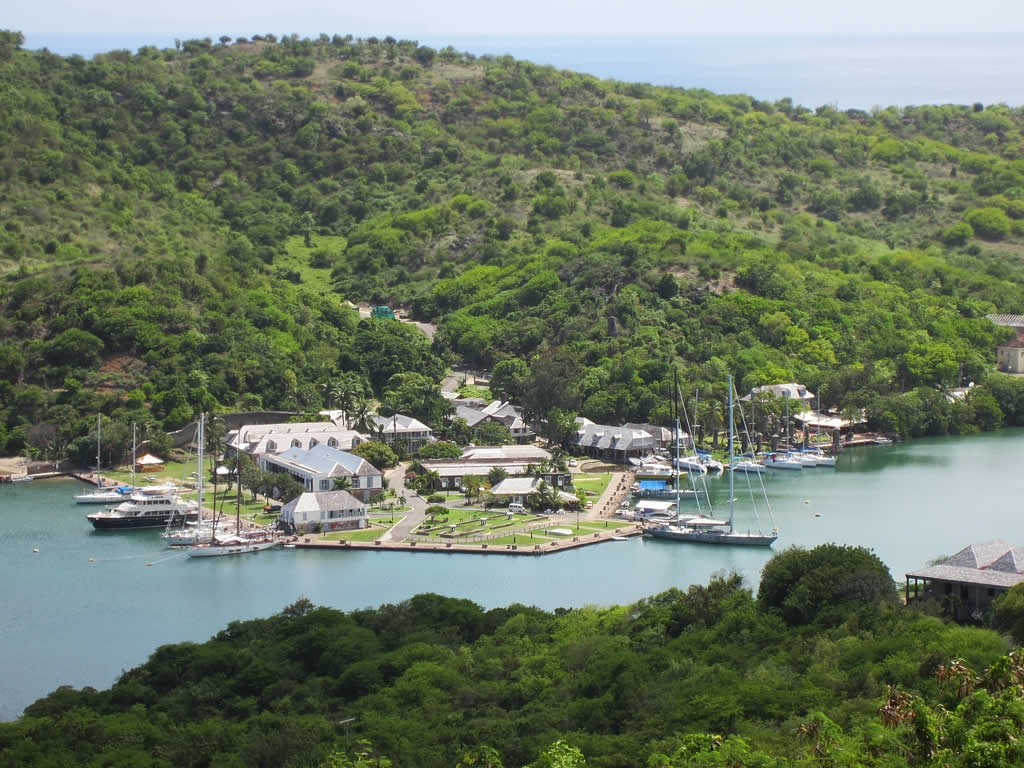 The site consists of a group of Georgian-style naval buildings and structures, set within a walled enclosure. The natural environment of this side of the island of Antigua, with its deep, narrow bays surrounded by highlands, offered shelter from hurricanes and was ideal for repairing ships. The construction of the Dockyard by the British navy would not have been possible without the labour of generations of enslaved Africans since the end of the 18th century. Its aim was to protect the interests of sugar cane planters at a time when European powers were competing for control of the Eastern Caribbean.

The Antigua Naval Dockyard and its Related Archaeological Sites consists of a group of Georgian Naval structures, set within a walled enclosure, on a naturally-occurring series of deep narrow bays surrounded by highlands on which defensive fortifications were constructed. The Dockyard and its related facilities were built at a time when European nations were battling for supremacy of the seas to obtain control over the lucrative sugar-producing islands of the Eastern Caribbean. Antigua’s location as a front-line naval dockyard facility gave the British navy a strategic advantage over its rivals at a crucial point in history.

The construction and operation of the Antigua Naval Dockyard were made possible through the labour and skills of enslaved Africans, whose contribution was crucial for the establishment of the facility and, more widely, for the development of the British Empire, trade and industrialization.

Criterion (ii): The Antigua Naval Dockyard and its Related Archaeological Sites exhibit an important exchange of human values over a span of time within the Caribbean and between this region and the rest of the Commonwealth, on developments in architecture, technology and exploitation of natural topographical features for strategic military purposes. The enslaved Africans toiling in the service of the British navy and army built and worked the facilities that were critical to the development of the British Empire, trade and industrialization. The Georgian Period buildings and the archaeological structures and remains stand as testimony to their efforts and continue to influence the architectural, social and economic development of their descendants.

The Antigua Naval Dockyard exceptionally shows how British Admiralty building prototypes were adapted to cope with extremes of climate, and the lessons learnt in the Caribbean in erecting such buildings were subsequently successfully applied in other colonies. Among the most prominent witnesses of this interchange, Clarence House demonstrates how English Georgian architecture was modified to suit the hot tropical climate and to counter the threat of disease, and the emergence of a distinctly colonial Caribbean Georgian architecture; and the Officers’ Quarters and the Senior Officer’s House demonstrate how building forms were adapted, by the addition of features such as storm shutters and verandas, to suit the climate of the Caribbean. Few other sites demonstrate this transition from British prototypes to the use of colonial building forms as clearly as the Antigua Naval Dockyard.

Criterion (iv): The ensemble of the Antigua Naval Dockyard and its Related Archaeological Sites were laid down and built exploiting the natural attributes of the area (the deep waters of English Harbour, the series of hills protecting the bay, the jagged contours of the coastline, and the narrow entrance) in a period when European powers were at war to expand their spheres of influence in the Caribbean. Altogether, the property represents an outstanding example of a Georgian naval facility in the Caribbean context.

The Antigua Naval Dockyard and its Related Archaeological Sites demonstrate the process of colonization and the global spread of ideas, building forms and technologies by a leading naval power in the 18th century, as well as the exploitation of favourable geo-morphological features for the construction and defence of a strategic compound.

Saint John’s is the capital city of Antigua and Barbuda. It is on the island of Antigua. See Saint John the Divine Cathedral. The Anglican cathedral with its two towers was built in 1681 as a timber construction, rebuilt in stone in 1722, destroyed in 1843 by the great earthquake, rebuilt in 1845-47. Damaged by an earthquake in 1974 and hurricane “Hugo” in 1989, the interior wood construction and paneling of pine wood has proven to be a good protection against earthquakes and hurricanes. The cathedral is built in baroque style with two towers. On the south portal are life-size, iron statues of John the Baptist and John the Evangelist from 1789. The church offers 2,000 worshipers place. It is still damaged; Fort James (on the northern harbor side, St. John’s Point). Foundation stone laying about 1675, today’s building stock from 1749, was built together with the on the opposite harbor entrance Fort Barrington for the protection of the port of St. John [read more].

All Saints is the second largest town in Antigua and Barbuda, with a population of 3,412. It is located in the middle of Antigua, at 17°3′N 61°47′W. Just 5 miles NW of here is the capital, St. John’s. It had a population of 3,900 in 2001. Within the vicinity of the town is Betty’s Hope, the first large-scale sugarcane plantation in Antigua. Betty’s Hope was built in 1674 by Sir Christopher Codrington, the namesake of Codrington, and was named for his daughter, Elizabeth Codrington. The only remaining structures are two stone sugar mills and the remains of the stillhouse, though its important role in Antigua’s history has inspired its government to turn it into an open-air museum. The area around All Saints is known for its traditional pottery. Potter’s Village, a nearby settlement, is named after it [read more].

Liberta is a town located in Saint Paul Parish, on the island of Antigua in Antigua and Barbuda. It had a population of 2,560 in 2001. It the third-largest town on Antigua. It is located in the southern island area, north of Falmouth Harbour and the port of Falmouth, to which it is connected by road. Around the time of the 19th century British emancipation of slaves in British Antigua and Barbuda, a colonial plantation owner had financial troubles and was forced to sell off a part of her property in small lots. The ex-slaves in the neighbourhood bought up all the small freeholds, as they desired to own land in perpetuity. “Liberta”, meaning liberty and honoring the freed people, became the settlement’s name in 1835. By 1842, a painted signboard near its border read: “The Village of Liberta”. The new landowners immediately settled on the lots they had purchased, framed their houses, and cultivated their gardens [read more].