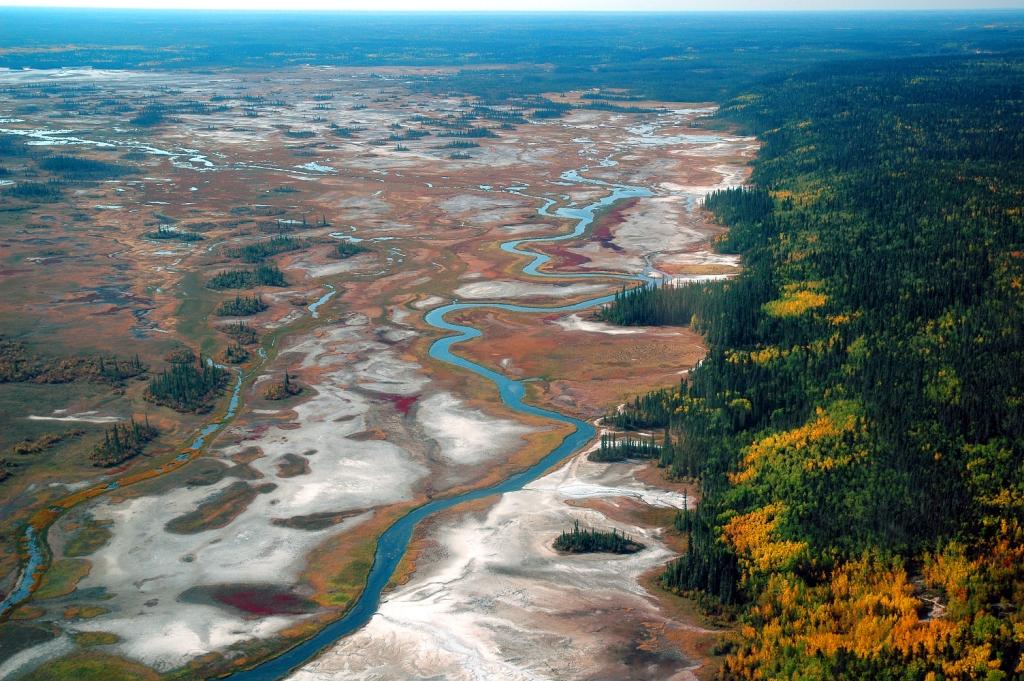 Situated on the plains in the north-central region of Canada, the park (which covers 44,807 km2) is home to North America’s largest population of wild bison. It is also the natural nesting place of the whooping crane. Another of the park’s attractions is the world’s largest inland delta, located at the mouth of the Peace and Athabasca rivers. 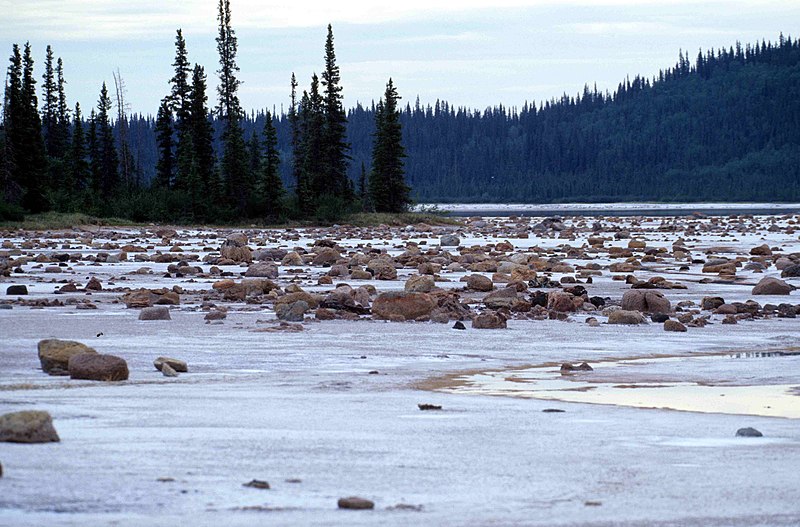 Wood Buffalo National Park is an outstanding example of ongoing ecological and biological processes encompassing some of the largest undisturbed grass and sedge meadows left in North America. It sustains the world’s largest herd of wood bison, a threatened species. The park’s huge tracts of boreal forest also provide crucial habitat for a diverse range of other species, including the endangered whooping crane. The continued evolution of a large inland delta, salt plains and gypsum karst add to the park’s uniqueness.

Criterion (vii): The great concentrations of migratory wildlife are of world importance and the rare and superlative natural phenomena include a large inland delta, salt plains and gypsum karst that are equally internationally significant.

Criterion (ix): Wood Buffalo National Park is the most ecologically complete and largest example of the entire Great Plains-Boreal grassland ecosystem of North America, the only place where the predator-prey relationship between wolves and wood bison has continued, unbroken, over time.

Criterion (x): Wood Buffalo National Park contains the only breeding habitat in the world for the whooping crane, an endangered species brought back from the brink of extinction through careful management of the small number of breeding pairs in the park. The park’s size (4.5 million ha), complete ecosystems and protection are essential for in-situ conservation of the whooping crane.

Hay River is a small town on the shore of Great Slave Lake in the Northwest Territories on Canada. The town is home to the Northern Transportation Company Limited, and serves as a transportation hub of the north, as goods are transferred from rail and truck to barges to be sent across Great Slave Lake, up the Mackenzie River and to many isolated northern communities and industrial sites. It has all-season road access, making it a destination in both summer and winter, uninterrupted during the spring breakup and fall freeze up seasons. Be warned: northern towns are often not… [read more]

Fort McMurray is the largest community in the Athabasca Oil Sands in Alberta, Canada. It lost its city status in 1995 when it merged with a large rural area to form the Regional Municipality of Wood Buffalo and its fortunes have risen and fallen in lockstep with the price of Alberta crude oil; its structures were decimated by a May 2016 wildfire. Fort McMurray was established as a Hudson’s Bay Company post by 1870; the Alberta and Great Waterways Railway arrived in 1915 complementing existing steamboat service. By 1966, this tiny town had 2000 people. [read more]