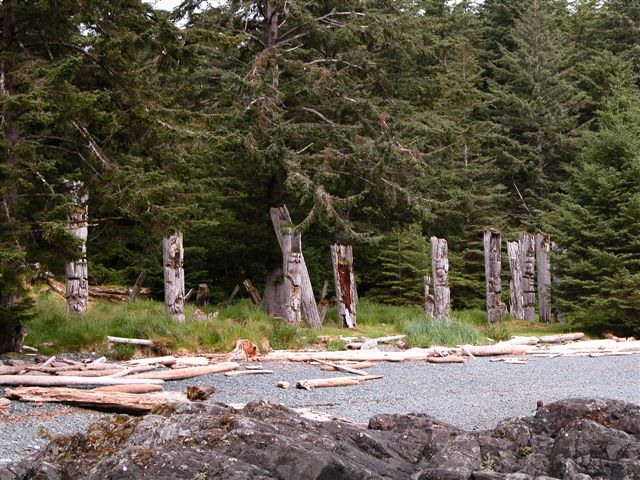 The village of Ninstints (Nans Dins) is located on a small island off the west coast of the Queen Charlotte Islands (Haida Gwaii). Remains of houses, together with carved mortuary and memorial poles, illustrate the Haida people’s art and way of life. The site commemorates the living culture of the Haida people and their relationship to the land and sea, and offers a visual key to their oral traditions. 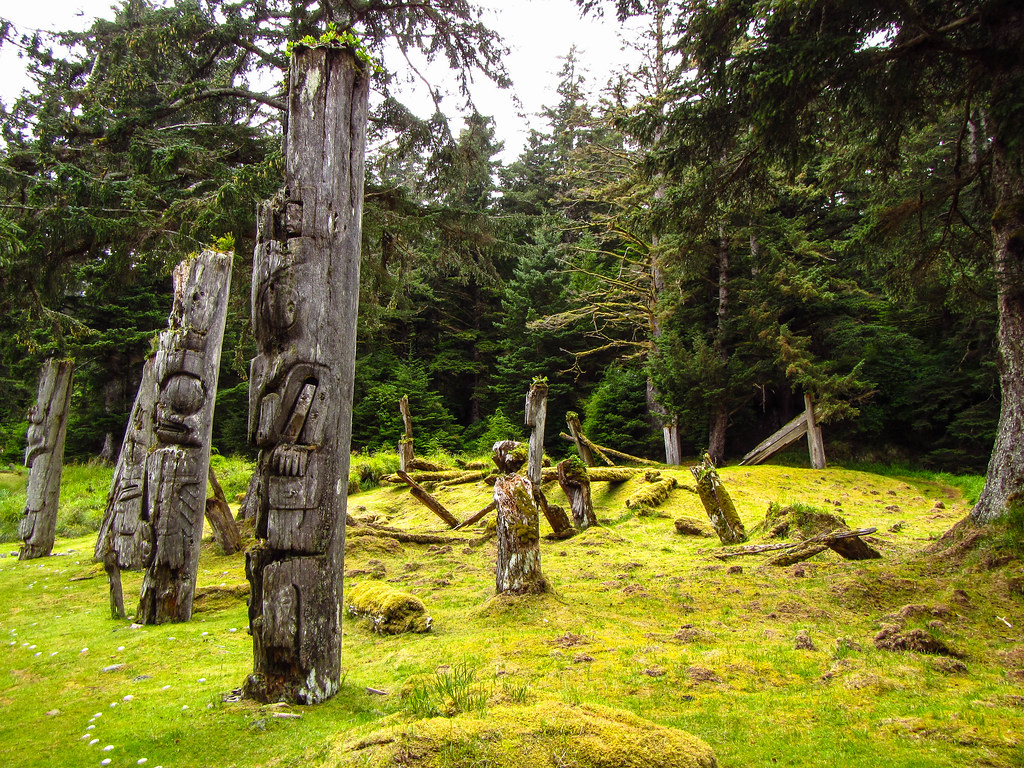 On the island of SG̱ang Gwaay, the remains of large cedar long houses, together with a number of carved mortuary and memorial poles at the village of SG̱ang Gwaay Llnagaay (formerly Nan Sdins), illustrate the art and way of life of the Haida. The property commemorates the living culture of the Haidaand their relationship with the land and sea. It also offers a visual key to their oral traditions. The village of SG̱ang Gwaay was occupied until shortly after 1880. What survives is unique in the world, a 19th-century Haida village where the ruins of houses and memorial or mortuary poles illustrate the power and artistry of Haida society.

Criterion (iii): SG̱ang Gwaay bears unique testimony to the culture of the Haida. The art represented by the carved poles at SG̱ang Gwaay Llnagaay (Nan Sdins) is recognized to be among the finest examples of its type in the world.

Rose Harbour is an unincorporated settlement on the north coast of Kunghit Island, on the south shore of the Houston Stewart Channel, in Haida Gwaii. It is within the bounds of Gwaii Haanas National Park Reserve and Haida Heritage Site. It is the only privately-owned property within Gwaii Haanas. Rose Harbour was established as a whaling station in 1910 by the Queen Charlotte Whaling Company and operated until 1943. A monument survives to Chinese and Japanese people who died in the whaling trade. Currently, there is a small group of houses at Rose Harbour, which offer lodging and dining services to kayakers and other tourists. There has been significant legal friction between Rose Harbour residents on one side and the Park administration and Canadian government on the other [read more].