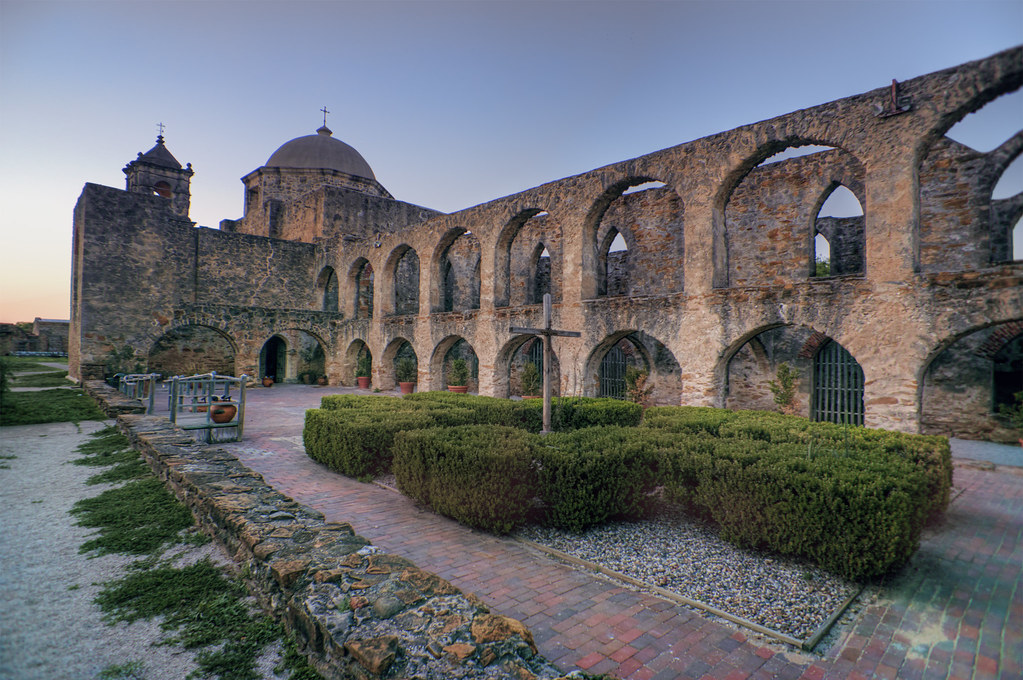 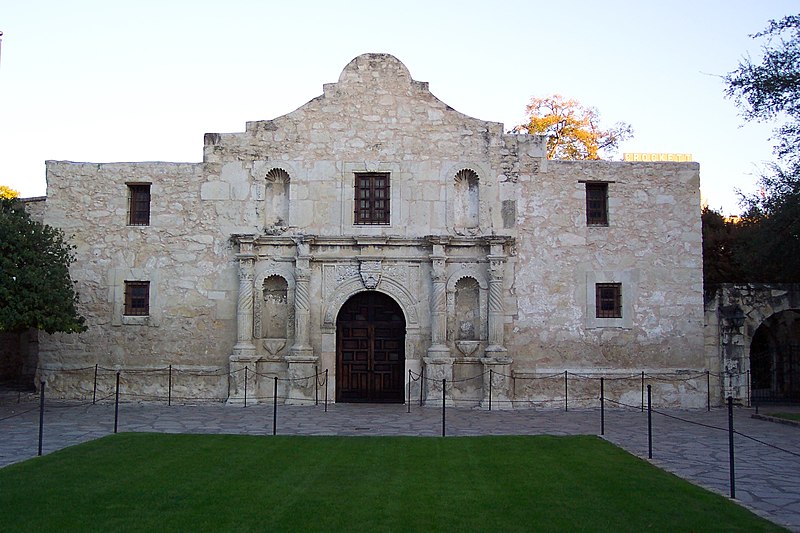 The San Antonio Missions are a group of five frontier mission complexes situated along a 12.4-kilometer (7.7-mile) stretch of the San Antonio River basin in southern Texas. The complexes were built in the early eighteenth century and as a group they illustrate the Spanish Crown’s efforts to colonize, evangelize and defend the northern frontier of New Spain. In addition to evangelizing the area’s indigenous population into converts loyal to the Catholic Church, the missions also included all the components required to establish self-sustaining, socio-economic communities loyal to the Spanish Crown.

The missions’ physical remains comprise a range of architectural and archaeological structures including farmlands (labores), cattle grounds (ranchos), residences, churches, granaries, workshops, kilns, wells, perimeter walls and water distribution systems. These can be seen as a demonstration of the exceptionally inventive interchange that occurred between indigenous peoples, missionaries, and colonizers that contributed to a fundamental and permanent change in the cultures and values of all involved, but most dramatically in those of the Coahuiltecans and other indigenous hunter-gatherers who, in a matter of one generation, became successful settled agriculturists. The enclosed layout of each mission complex and their proximity to each other, the widespread sharing of knowledge and skills among their inhabitants, and the early adoption of a common language and religion resulted in a people and culture with an identity neither wholly indigenous nor wholly Spanish that has proven exceptionally persistent and pervasive.

Criterion (ii): The San Antonio Missions are an example of the interweaving of the cultures of the Spanish and the Coahuiltecan and other indigenous peoples, illustrated in a variety of elements, including the integration of the indigenous settlements towards the central plaza, the decorative elements of the churches which combine Catholic symbols with indigenous natural designs, and the post-secularization evidence which remains in several of the missions and illustrates the loyalty to the shared values beyond missionary rule. The substantial remains of the water distribution systems are yet another expression of this interchange between indigenous peoples, missionaries, and colonizers that contributed to a fundamental and permanent change in the cultures and values of those involved.

San Antonio is the third largest city in the state of Texas and the 7th largest in the United States. It’s the 24th largest metropolitan area in the country. Visited by more than 31 million annual visitors, San Antonio is a beautiful city at the axis of three different geological terrains: Hill Country, South Texas Plains and Prairie and Lakes. There’s a lot to do in this city: fine art museums, historical missions and plenty of amusement parks in addition to great dining and lots of drinking. The culture and people are vibrant and interesting. San Antonio’s downtown is one of the most lively in the nation. San Antonio is considered to be the cradle of Texan liberty. Its most well-known landmark is the Alamo, the site of the famous battle (1836) where Davy Crockett and Jim Bowie were killed. [read more]

New Braunfels is a resort town in the Texas Hill Country. New Braunfels is usually considered a vacation destination. While it has no university of its own, it has a distinct college town feel, probably due to the huge numbers of students from universities in nearby San Antonio and San Marcos. As the name implies, it has a German heritage, and many of the local attractions capitalize on this. Most of the town’s revenue comes from tourism drawn by the incredible rivers, including the Comal River, which is the world’s shortest, entirely located within the city limits. New Braunfels is also the home of several other smaller “towns” within the city. One of these “towns” is Gruene, TX, home of the Gristmill Restaurant and Gruene Hall. Personal vehicle travel is the only effective motorized transportation in town. Print, download, or buy a local map and brave the roads. [read more]

Austin is a city of over 900,000 people in the Hill Country region of the U.S. state of Texas. It is the capital of Texas and a college town, and also a center of alternative culture away from the major cities on the US coasts, though the city is rapidly gentrifying with its rising popularity. Austin’s attitude is commonly emblazoned about town on T-Shirts and bumper stickers that read: “Keep Austin Weird.” Austin is also marketed as the “Live Music Capital of the World” due to the large number of venues. Austin weather is generally nice most of the year; activities are generally not limited by season. However, as Austin lies within Central Texas, be prepared to deal with the long, hot summers if you are visiting between May and September. [read more]