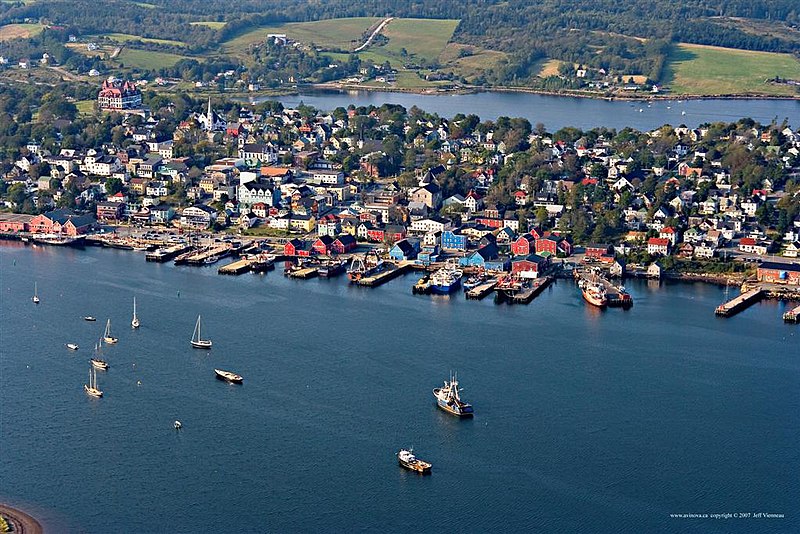 Lunenburg is the best surviving example of a planned British colonial settlement in North America. Established in 1753, it has retained its original layout and overall appearance, based on a rectangular grid pattern drawn up in the home country. The inhabitants have managed to safeguard the city’s identity throughout the centuries by preserving the wooden architecture of the houses, some of which date from the 18th century.

Brief synthesisOld Town Lunenburg is the best surviving example of a planned British colonial settlement in North America. Established in 1753, it has retained its original layout and overall appearance, based on a rectangular grid pattern drawn up in the home country. The inhabitants have safeguarded the town’s identity throughout the centuries by preserving the wooden architecture of the houses and public buildings, some of which date from the 18th century and constitute an excellent example of a sustained vernacular architectural tradition. Its economic basis has traditionally been the offshore Atlantic fishery, the future of which is highly questionable at the present time.

Criterion (iv): Old Town Lunenburg is a well-preserved example of 18th century British colonial urban planning, which has undergone no significant changes since its foundation, and which largely continues to fulfil the economic and social purposes for which it was designed. Of special importance is its diversified and well-preserved vernacular architectural tradition, which spans over 250 years.

Criterion (v): Old Town Lunenburg is an excellent example of an urban community and culture designed for and based on the offshore Atlantic fishery which is undergoing irreversible change and is evolving in a form that cannot yet be fully defined.

Bridgewater is a town in Lunenburg County, Nova Scotia, Canada, at the navigable limit of the LaHave River. With a population of 8,532 as of 2016, Bridgewater is the largest town in the South Shore region. Priding itself as “The Main Street of the South Shore,” Bridgewater has long been established as the primary commercial and professional service centre in the southern half of the province. The community boasts a diverse local economy, as well as larger national and international employers. The first European settlers of the town came from the nearby settlements of Lunenburg, Riverport and LaHave, constructing… [read more]

Halifax is the capital city of Nova Scotia and the largest city in the Atlantic Provinces of Canada. The city’s origins and rich maritime history derive from a strategic location and one of the world’s great natural harbours. In the 19th and early 20th century, Halifax was the entry point for European immigration to Canada. Today, Halifax is a busy Atlantic seaport and the economic and cultural hub of Eastern Canada. Halifax is the provincial and regional hub of Nova Scotia. It is, however, a small city by North American standards. Rather than feeling relegated to ‘second-fiddle’ status, this… [read more]

Moncton is a city in Southeastern New Brunswick, Canada. It is located inland of the Bay of Fundy and Acadian Coast. Moncton has a population of about 72,000, with a metropolitan population of about 145,000, making it the largest city and the largest metropolitan city in New Brunswick. Understand The city adopted the motto Resurgo after its rebirth as a railway town. The city’s economy is stable and diversified, primarily based on its traditional transportation, distribution, retailing, and commercial heritage, and supplemented by strength in the educational, health care, financial, information technology, and insurance sectors. The strength of… [read more]