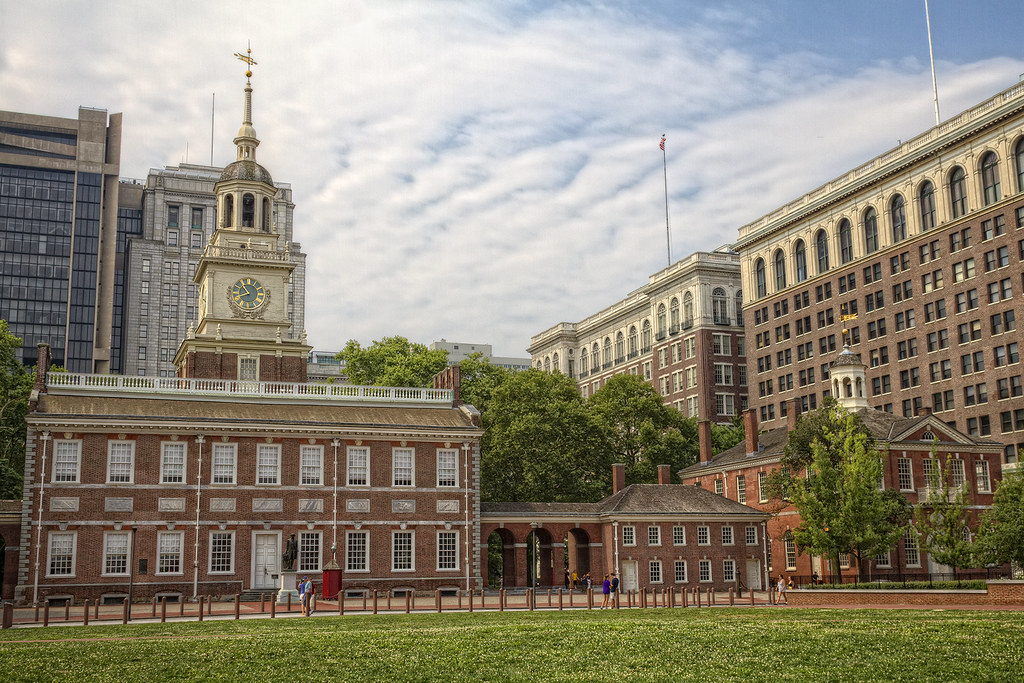 The Declaration of Independence (1776) and the Constitution of the United States (1787) were both signed in this building in Philadelphia. The universal principles of freedom and democracy set forth in these documents are of fundamental importance to American history and have also had a profound impact on law-makers around the world. 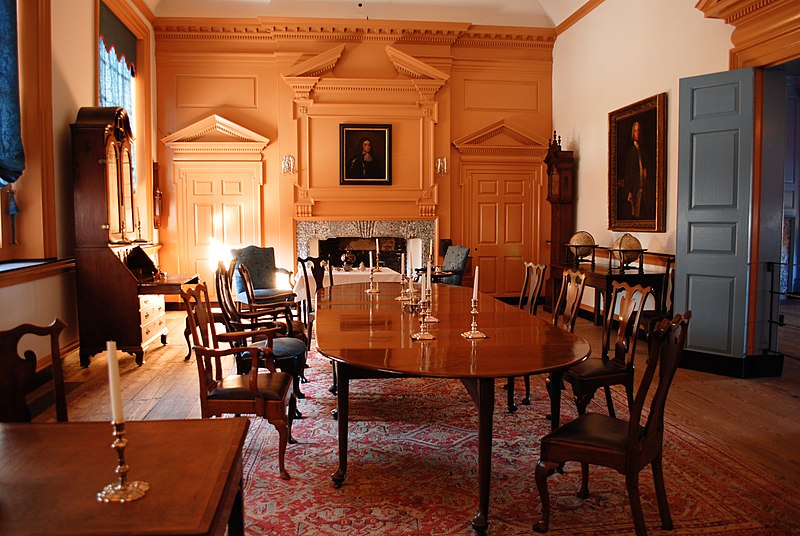 The Declaration of Independence was adopted and the Constitution of the United States of America framed in this fine early 18th-century building in Philadelphia. These events, which took place respectively in 1776 and 1787, were conceived in a national context, but the universal principles of freedom and democracy set forth in these two documents have had a profound impact on lawmakers and political thinkers around the world. They became the models for similar charters of other nations, and may be considered to have heralded the modern era of government. Independence Hall was designed by attorney Andrew Hamilton in collaboration with master builder Edmund Woolley to house the Assembly of the Commonwealth (colony) of Pennsylvania. Begun in 1732 and finished in 1753, it is a dignified brick structure with a wooden steeple that once held the Liberty Bell. The building has undergone many restorations, notably by architect John Haviland in the 1830s and under the direction of the National Park Service beginning in the 1950s, returning it to its appearance during the years when the new country’s Declaration of Independence and Constitution were debated and signed. In the Assembly Room, the momentous events that occurred there are explained and their international impact as well as the spread of democracy are discussed.

Criterion (vi) : The universal principles of the right to revolution and self-government, as expressed in the United States of America’s Declaration of Independence (1776) and Constitution (1787), which were debated, adopted, and signed in Independence Hall, have profoundly influenced lawmakers and politicians around the world. The fundamental concepts, format, and even substantive elements of the two documents have influenced governmental charters in many nations and even the United Nations Charter.

Long hidden in the shadows of New York City and, to a lesser extent, Washington D.C., Philadelphia is one of America’s most overlooked cities. It’s in southeastern Pennsylvania, in the mid-Atlantic region, and is the sixth most-populous city in the United States. Often referred to as “Philly,” the city is coterminous with Philadelphia County. Philadelphia sits adjacent to New Jersey and the Delaware River, and only 15 miles from Delaware, and as such, its metropolitan area encompasses counties in Pennsylvania, New Jersey and Delaware, and even Maryland. Despite being the cradle of the nation and remaining one of the largest cities in the USA, Philadelphia was – and arguably still is – ridiculed as a place where you only pass by to see the Liberty Bell, eat a Cheesesteak, and go on to your next destination. A history peppered with misfortunes such as being overshadowed by other East Coast cities, being home to some of the most unfortunate sport franchises in the country, and news about crime and decay left the city with limited tourist appeal [read more].

The third largest city in Pennsylvania, after Philadelphia and Pittsburgh, Allentown is also the county seat of Lehigh County. As of 2019, Allentown’s population was 121,000. The 1982 Billy Joel single “Allentown” made the city known around the world as a symbol of industrial decay and the devastating social effects of the rust belt’s spread across the northeastern United States. Allentown was founded in 1762 by William Allen. It was then known as “Northampton Town.” It was renamed “Allentown” in 1838 and it was incorporated as a city on March 12, 1867. Allentown has a large Latino/Hispanic population. Hispanics make up over 40% of Allentown’s population. Allentown lies on the Lehigh River. It is 338 feet above sea level. It is 60 miles north of Philadelphia, 90 miles west of New York City, and 80 miles east of Harrisburg. Allentown is 15 miles west of the New Jersey state line. The climate in Eastern Pennsylvania is unique in that it can be up to and over 100 degrees in the summer and get snow in the winter [read more].

One of the world’s greatest cities, New York (known as “The Big Apple”, “NYC,” and often called “New York City”) is a global center for media, entertainment, art, fashion, research, finance, and trade. The bustling, cosmopolitan heart of the 4th largest metropolis in the world and by far the most populous city in the United States, New York has long been a key entry point and a defining city for the nation. From the Statue of Liberty in the harbor to the Empire State Building towering over the Manhattan skyline, from the tunnels of the subway to the riches of Wall Street, from the bright signs of Times Square to the naturalistic beauty of Central Park, and from Yankee Stadium in the Bronx to Coney Island in Brooklyn, New York’s landmarks are quintessential American landmarks. The city’s neighborhoods and streets are so iconic they have become ingrained into the American consciousness [read more].