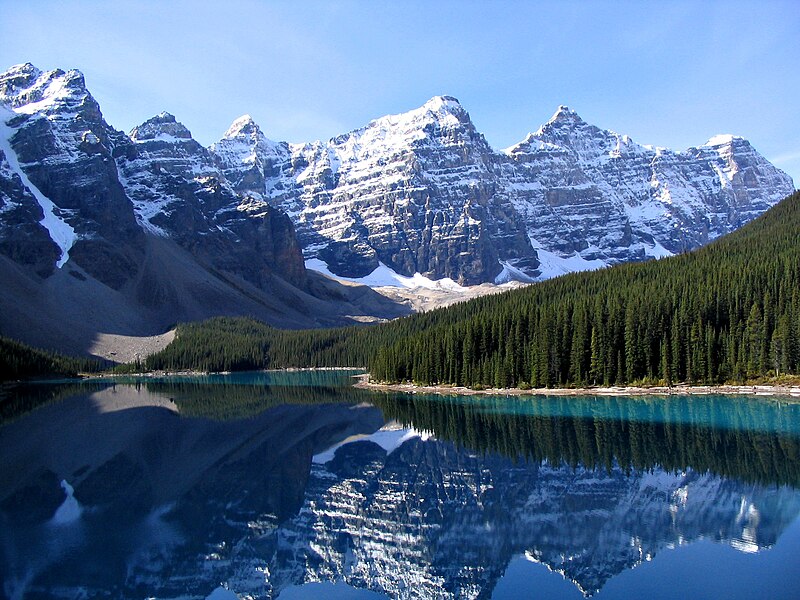 Renowned for their scenic splendor, the Canadian Rocky Mountain Parks are comprised of Banff, Jasper, Kootenay and Yoho national parks and Mount Robson, Mount Assiniboine and Hamber provincial parks. Together, they exemplify the outstanding physical features of the Rocky Mountain Biogeographical Province. Classic illustrations of glacial geological processes — including icefields, remnant valley glaciers, canyons and exceptional examples of erosion and deposition — are found throughout the area. The Burgess Shale Cambrian and nearby Precambrian sites contain important information about the earth’s evolution.

Criterion (viii): The Burgess Shale is one of the most significant fossil areas in the world. Exquisitely preserved fossils record a diverse, abundant marine community dominated by soft-bodied organisms. Originating soon after the rapid unfolding of animal life about 540 million years ago, the Burgess Shale fossils provide key evidence of the history and early evolution of most animal groups known today, and yield a more complete view of life in the sea than any other site for that time period. The seven parks of the Canadian Rockies are a classic representation of significant and on-going glacial processes along the continental divide on highly faulted, folded and uplifted sedimentary rocks.

Canmore is a mountainous town located in the Alberta Rockies of Canada. Being only 80 km from Calgary, at the southeast entrance to Banff National Park and the northwest edge of Kananaskis Country, Canmore is a popular starting point for exploring the Canadian Rockies. The Canadian Rockies offer some of the most spectacular scenery in the world. It may seem a daunting task to try to see it all in a limited amount of time. Fortunately there is a host of companies available that eliminate the hassle, giving you the opportunity to sit back, relax and enjoy the view. The friendly guides offer fun and informative sightseeing tours in and around the Banff area in comfortable vehicles. The Canmore town centre is small, and you can walk just about anywhere you want to go. Taxis within the city limits will range in price from around $5. [read more]

Onward!, the official motto of Calgary, is more apt than ever in the wake of the major flooding the city experienced in June 2013. A year later, the casual visitor would have been hard-pressed to find any traces of the flood. As of November 2016, the only changes visitors may notice are the closure of boating through the Harvie Passage section of the Bow River, and a few remaining sections of bike paths that are closed as a result of flood damage or for riverbank stabilization. Calgary is Alberta’s largest city and Canada’s fourth-largest, and is near where the prairies end and the foothills begin. That makes it the eastern gateway to the Rocky Mountains and an important center of trade and tourism for the western prairies. It is your best point of access for Banff and Jasper, and a worthwhile destination in its own right. [read more]

Red Deer, Alberta’s third-largest city, is located in Central Alberta between Calgary and Edmonton. Red Deer (pop 100000) is located in aspen parkland, in a region of rolling hills that is a centre for grain, cattle, agriculture, oil and petrochemical production. The Bus is the only form of public transportation and is a good way of getting around the city. A couple of taxi companies (Alberta Gold and Associated Cab) operate in the city. They can get busy during rush hours or Friday nights, but are usually fast. [read more]