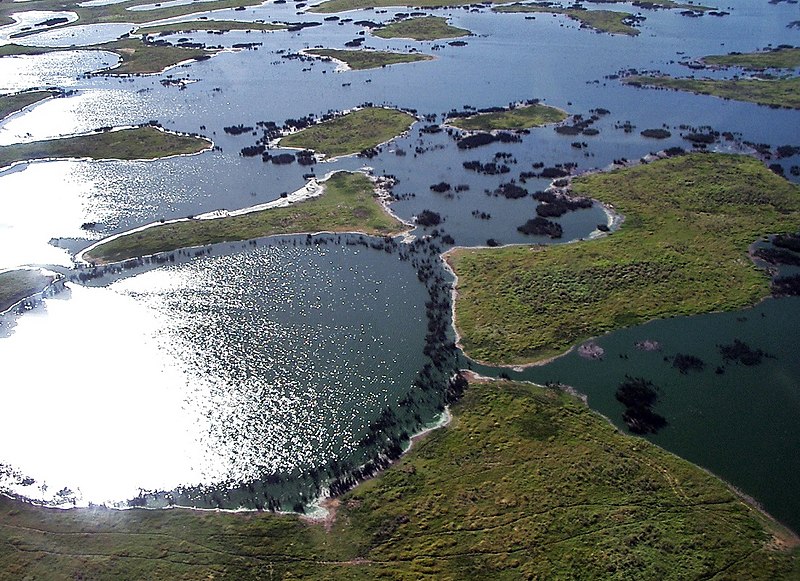 The Pantanal Conservation Area consists of a cluster of four protected areas with a total area of 187,818 ha. Located in western central Brazil at the south-west corner of the State of Mato Grosso, the site represents 1.3% of Brazil’s Pantanal region, one of the world’s largest freshwater wetland ecosystems. The headwaters of the region’s two major river systems, the Cuiabá and the Paraguay rivers, are located here, and the abundance and diversity of its vegetation and animal life are spectacular. 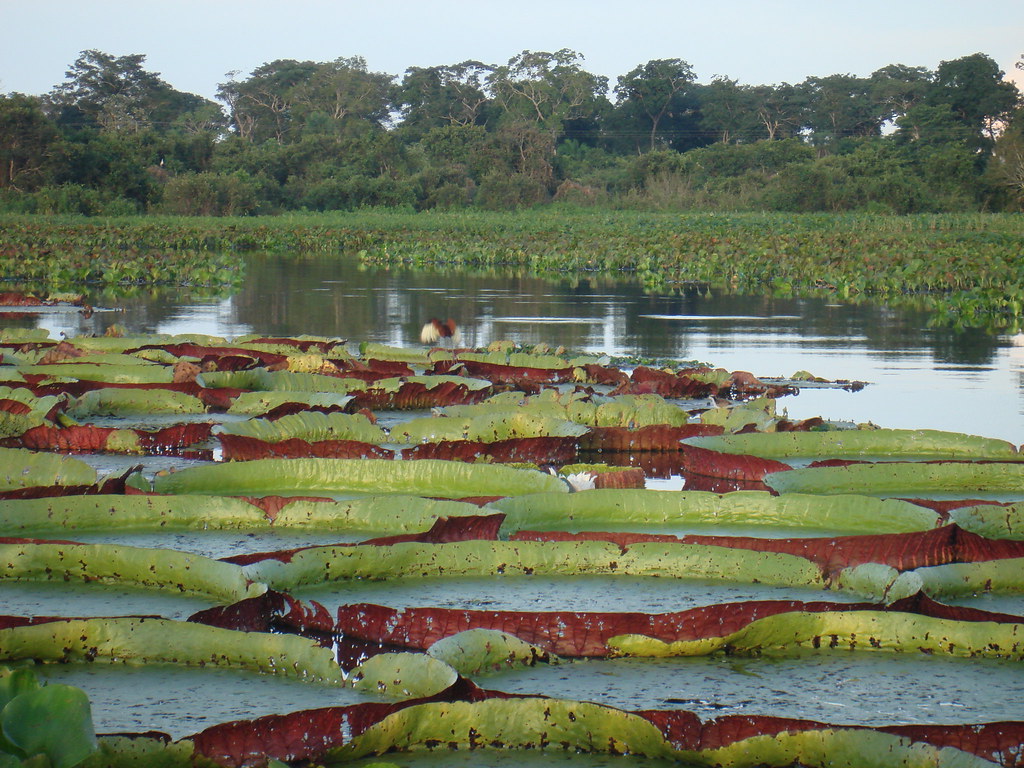 The Pantanal (Raphael Milani/Flickr, CC BY 2.0).

The Pantanal Conservation Area comprises a cluster of four contiguous protected areas: the Pantanal Matogrossense National Park and the Special Reserves of Acurizal, Penha and Doroche, covering a total area of 187,818 hectares. This protected area complex is located in western central Brazil, in the extreme south-west of the Mato Grosso e Mato Grosso do Sul State and the international border with Bolivia and Paraguay.

The property includes the greater part of the Amolar mountainous ridge with a maximum altitude of 900 meters. The transition between the seasonally flooded areas and the mountains is abrupt. This ecological gradient is unique to the whole Pantanal region and offers a dramatic landscape. Located between the river basins of Cuiabá and Paraguay, the site plays a key role in the spreading of nutritive materials during flooding as well as in the maintenance of fish stocks in the Pantanal. Although the property only covers a small part of the Pantanal (one of the largest wetlands of the world, covering around 14,000,000 ha), it is representative and of sufficient size to ensure the continuity of ecological processes. It also protects numerous threatened species, such as the giant armadillo, giant anteater, giant otter, marsh deer and the hyacinth macaw, the largest species of parrot. The jaguar population in the property is probably the biggest in the entire Pantanal region. The number of aquatic plant species found there is also remarkable.

Criterion (vii): The spectacular landscape of the wetlands of the property bordered by the Amolar mountainous chain originates in the combination of steep cliffs with annual hydrological extremes. During the rainy season, between October to April, the rivers overspill and flood vast regions, leaving only small areas inundated. At the end of this period, the waters slowly descend leaving numerous small temporary lakes. This outstanding landscape gives the Pantanal an unique aestheticism, enriched by the abundance and diversity of the wild flora and fauna. For example, it is remarkable to see a group of giant water lilies, impressive aquatic plants, growing near to immense cactus from semi-arid regions.

Criterion (ix): On a reduced scale, this site is a model for ongoing ecological and biological processes in the Pantanal. Considered as a phytogeographic region, the Pantanal is strongly influenced by neighbouring ecosystems (mainly those of the Cerrado and the Amazon, but also those of the Chaquenha and the Atlantic). This group, associating the Amolar Mountain chain with the wetland ecosystems, benefits from a major and unique ecological gradient in the region, contributing to the maintenance of the biological process. The hydrographic network permits the migration of species between the river basins forming the Pantanal, where a vast diversity of fish transit during their initial growing stage. These water courses also play a central role in diversing nutrients to the entire basin. During flood periods, a part of the fauna (notably the largest mammals) migrate from the plain to the higher, drier regions, and during the more severe drought periods, the plain can be the only area in the region to remain humid, thus playing a precious role in the maintenace of the fauna.

Criterion (x):The Pantanal is extremely important for the conservation of biological diversity and the property contains representative habitats comprising around 80 species of mammals, 650 species of birds, 50 of reptiles and 300 of fish (thus the Reserve is vital for the maintenance of fish stock). Several worldwide threatened species are present here, including the giant armadillo,(Priodontesmaximus), the giant anteater (Myrmecophagatridactyla), giant otter (Pteronurabrasiliensis), marsh deer (Blastocerus dichotomus) and the hyacinth macaw (Anodorhynchus hyacinthinus), the largest species of parrot. A healthy jaguar population (Panthera onca), a species almost threatened with extinction, is also present. Furthermore, the region contains a remarkable diversity of aquatic plants.

Porto Jofre is a settlement in southern Brazil, located on the Cuiabá River in western Mato Grosso state. It is at the end of the Transpantaneira Road. The Pantanal Matogrossense National Park is in the area downstream. Porto Jofre is within the diverse Pantanal ecosystem and region, and is adjacent to wetlands with marshland habitats rich in waterfowl, migratory birds, and other wildlife. They are protected Ramsar Convention and World Heritage Sites [read more].

Corumbá is the third largest city in the Brazilian state of Mato Grosso do Sul and its main tourist destination. Corumbá is located next to the border between Brazil, Paraguay and Bolivia, it is the gateway for the famous Pantanal region. It also boasts well-preserved historic buildings of colonial times, which bear witness to the town’s past wealth from when it was one of the most important ports of South America. Across the river is the Bolivian border town of Puerto Quijarro, which is not far away from bigger Puerto Suarez. Its inhabitants are called corumbaenses. No visit to Brazil would be complete without a visit to the Pantanal, 150,000 km² of wetlands in the heart of South America. It is the largest wetland area in the world, known for its rich variety of unspoiled plant and wildlife. Visitors to the Pantanal will be struck by a vast number of species difficult to find anywhere else in the world [read more].