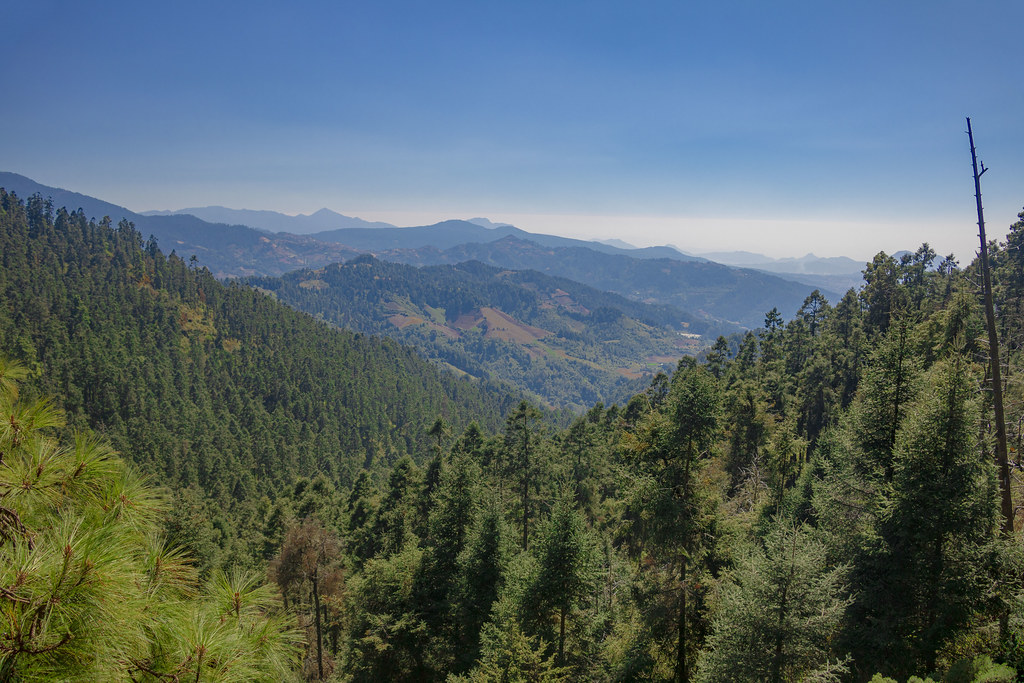 The 56,259 ha biosphere lies within rugged forested mountains about 100 km northwest of Mexico City. Every autumn, millions, perhaps a billion, butterflies from wide areas of North America return to the site and cluster on small areas of the forest reserve, colouring its trees orange and literally bending their branches under their collective weight. In the spring, these butterflies begin an 8 month migration that takes them all the way to Eastern Canada and back, during which time four successive generations are born and die. How they find their way back to their overwintering site remains a mystery. 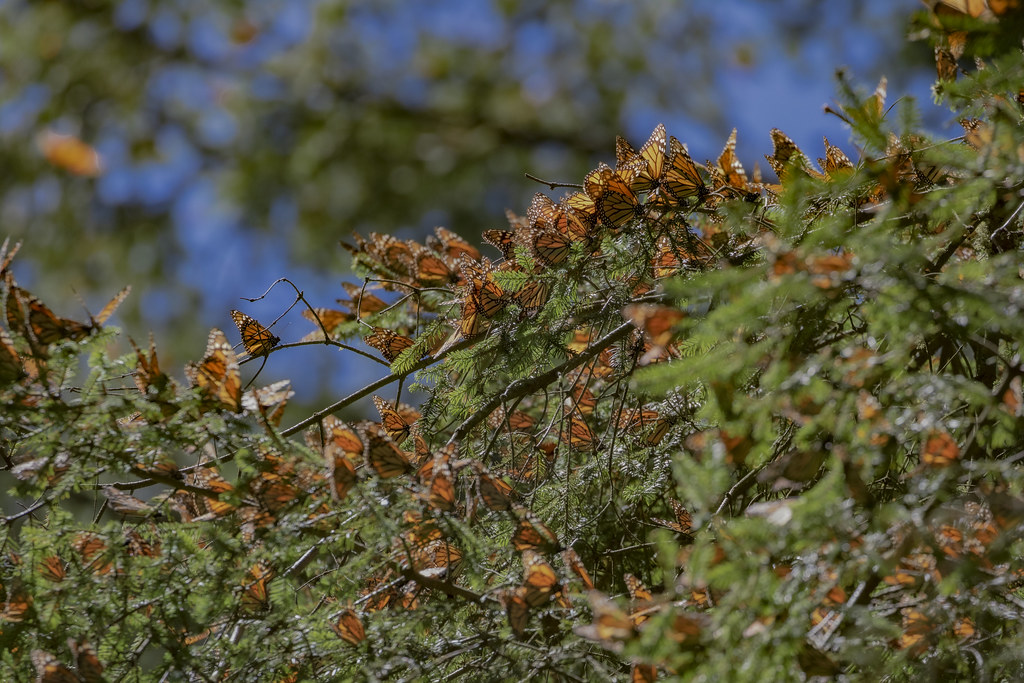 Monarch butterflies of the Biosphere Reserve (IkarusMedia/Flickr, CC BY 2.0).

The Monarch Butterfly Biosphere Reserve World Heritage property protects key overwintering sites for the monarch butterfly. The overwintering concentration of butterflies in the property is a superlative natural phenomenon. The millions of monarch butterflies that return to the property every year bend tree branches by their weight, fill the sky when they take flight, and make a sound like light rain with the beating of their wings. Witnessing this unique phenomenon is an exceptional experience of nature.

With a consistent colonial-style throughout, Morelia is one of the most beautiful cities in Mexico. It is not really on the well-trodden path of the leisure tourists and so you can walk around in comfort without fear of the bermuda shorts crowds. Morelia is the capital of the state of Michoacan in Mexico and it is a registered UNESCO World Heritage site. There are at least two “information” booths in the area of the square. They are staffed with multilingual students who are very helpful. Morelia is the capital city of Michoacan. It serves government and many students attending school there. The central business district is very clean with plenty of places to eat and shop. Tourists are not as common here as some other areas of Mexico. You may want to load up on pesos before ordering food or trying to make a purchase, as foreign currency is not widely accepted [read more].

Querétaro is a city in central Mexico, it is capital of the state of Querétaro. The city’s full name is “Santiago de Querétaro”, and although it’s spelled out fully on the doors of every taxi in the city, nobody uses the full name in conversation. See The Centro Histórico (Downtown area) is considered a World Heritage Site by the UNESCO, and it includes the Cerro del Sangremal (Hill of Sangremal), crowned by the Convent of the Holy Cross and the flat area on the east that extends into the Cerro de las Campanas (Hill of Bells). Teatro de la República (Theater of the Republic). The most important theater in Mexico due to its role in national history: Emperor Maximilian I had his trial there, the 1917 Constitution was written there, and the national anthem was played there for the first time. Palacio del Gobierno del Estado (Government Palace of the Corregidora). The house of the governor, since the time of the Spanish viceroyalty [read more].

Mexico City is Mexico’s capital and the newest of the 32 states of Mexico. Prior to receiving statehood in 2016 it was also known as the Distrito Federal or D.F. The city center is built on the ruins of the Aztec capital Tenochtitlan, and later came to be the capital of New Spain, which included much of North America. The city has grown fast in the 20th century, and is today North America’s largest city (and the world’s largest Spanish-speaking city) with 8.9 million inhabitants in the city proper, and more than 20 million in the urban area. The city is administratively divided into 16 delegaciones (boroughs) which are in turn subdivided into colonias (neighborhoods), of which there are around 2150; however, it is better to think of the city in terms of districts to facilitate the visitor getting around. Many older towns like Coyoacán, San Angel and Tlalpan got merged into the urban sprawl, and each of these still manages to preserve some of their original and unique characteristics [read more].