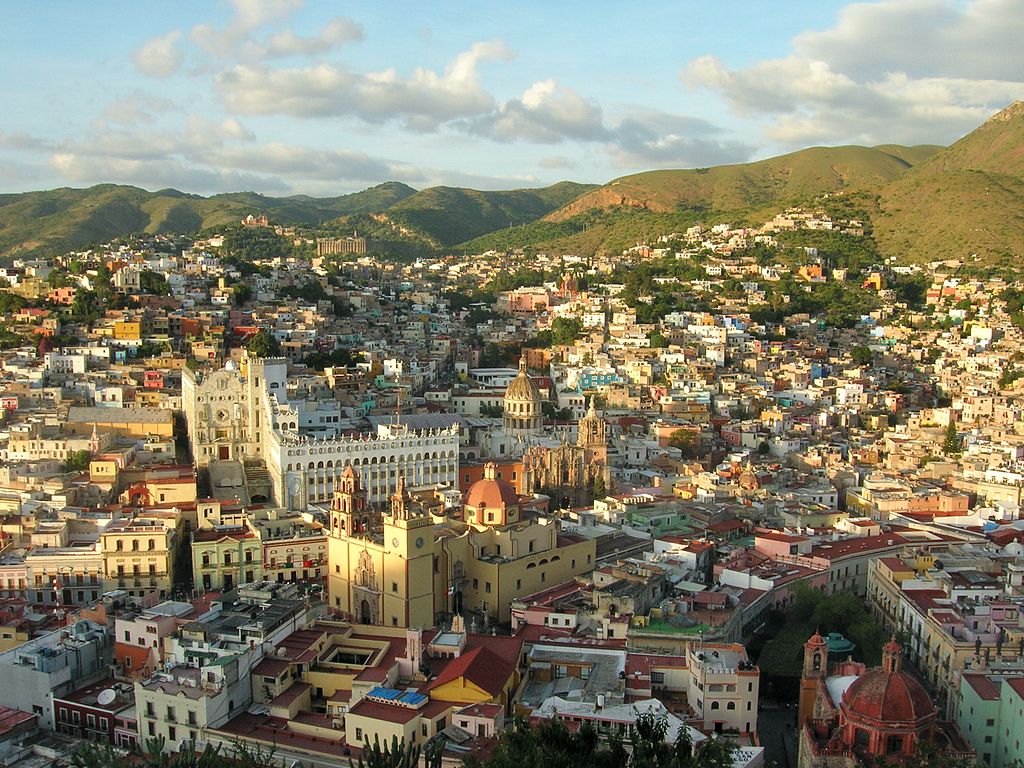 Founded by the Spanish in the early 16th century, Guanajuato became the world’s leading silver-extraction centre in the 18th century. This past can be seen in its ‘subterranean streets’ and the ‘Boca del Inferno’, a mineshaft that plunges a breathtaking 600 m. The town’s fine Baroque and neoclassical buildings, resulting from the prosperity of the mines, have influenced buildings throughout central Mexico. The churches of La Compañía and La Valenciana are considered to be among the most beautiful examples of Baroque architecture in Central and South America. Guanajuato was also witness to events which changed the history of the country. 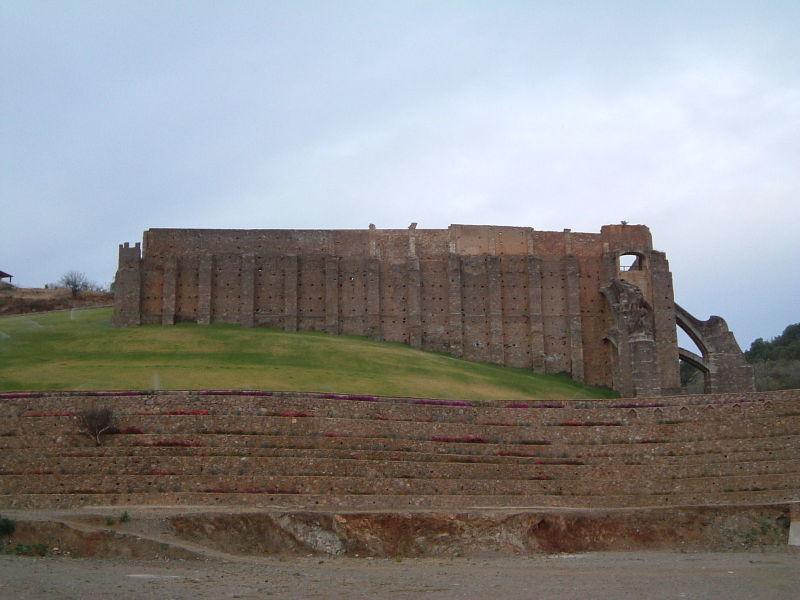 One of the mines in Guanajuato (Ruiz/Wikimedia, CC BY-SA 2.0).

León is a city in Guanajuato, Mexico, known for its leather goods. It is known as the “Pearl of the Bajío” and the “Footwear Capital of the World” because it is here where more footwear is produced nationally. Its population of 1.7 million (2017) makes it the fourth most populous municipality in Mexico. It is considered one of the most environmentally friendly cities in Mexico and has a high number of cyclists, in part because of integrating a network of bike lanes into the SIT system. León’s strong leather industry makes shoes, boots, belts, jackets, and other leather accessories for national and international markets. The leather industry earned its inhabitants the nickname of “green belly” (panzaverde in Spanish) because of the green tainting in the workers’ bodies resulting from treating leather. Near León you can find the archaeological zone of Ibarillo, of Tarasco-Chupicuaro origin. 23 km east of Leon city you can visit Los Tanques and La Granja Spas [read more].

Querétaro is a city in central Mexico, it is capital of the state of Querétaro. Its historic center is a UNESCO World Heritage Site. The city is notable for the many ornate civil and religious Baroque monuments from its golden age in the 17th and 18th centuries. The city’s full name is “Santiago de Querétaro”, and although it’s spelled out fully on the doors of every taxi in the city, nobody uses the full name in conversation. The city is a strong business and economic center and a vigorous service center that has experienced high levels of migration from other parts of Mexico. The city is grow fast because of IT and data centers, logistics services, aircraft manufacturing and maintenance, call centers, the automotive and machinery industries, and the production of chemicals and food products. The region of Querétaro has a rapidly growing vineyards agriculture and hosts Freixenet, a wine producer from Spain [read more].

San Luis Potosí is state capital of the San Luis Potosí state in the Bajío in Mexico. Its position along the Camino Real de Tierra Adentro, one of the “royal” roads that led all the way up to Santa Fe, New Mexico, has given the city UNESCO World Heritage status. San Luis Potosi’s name is derived from the combination of its patron saint, Louis IX of France, and Potosi, in reference to the silver city of Bolivia, because of San Luis Potosi’s own silver lode in nearby Cerro de San Pedro. It was founded in 1592 by Miguel Caldera and the conquistador Juan Onate, after the Spanish crown gave the indigenous peoples like the Otomi and Chichimeca the boot (after about 100 years). SLP briefly served as capital of the country under Benito Juarez during the French invasion in 1863. Then it also featured as the place where Mexico’s revolution against its dictator Porfirio Diaz began in 1910, after Diaz’s opponent Francisco Madero fled imprisonment and called on Mexican statesman to take up arms [read more].