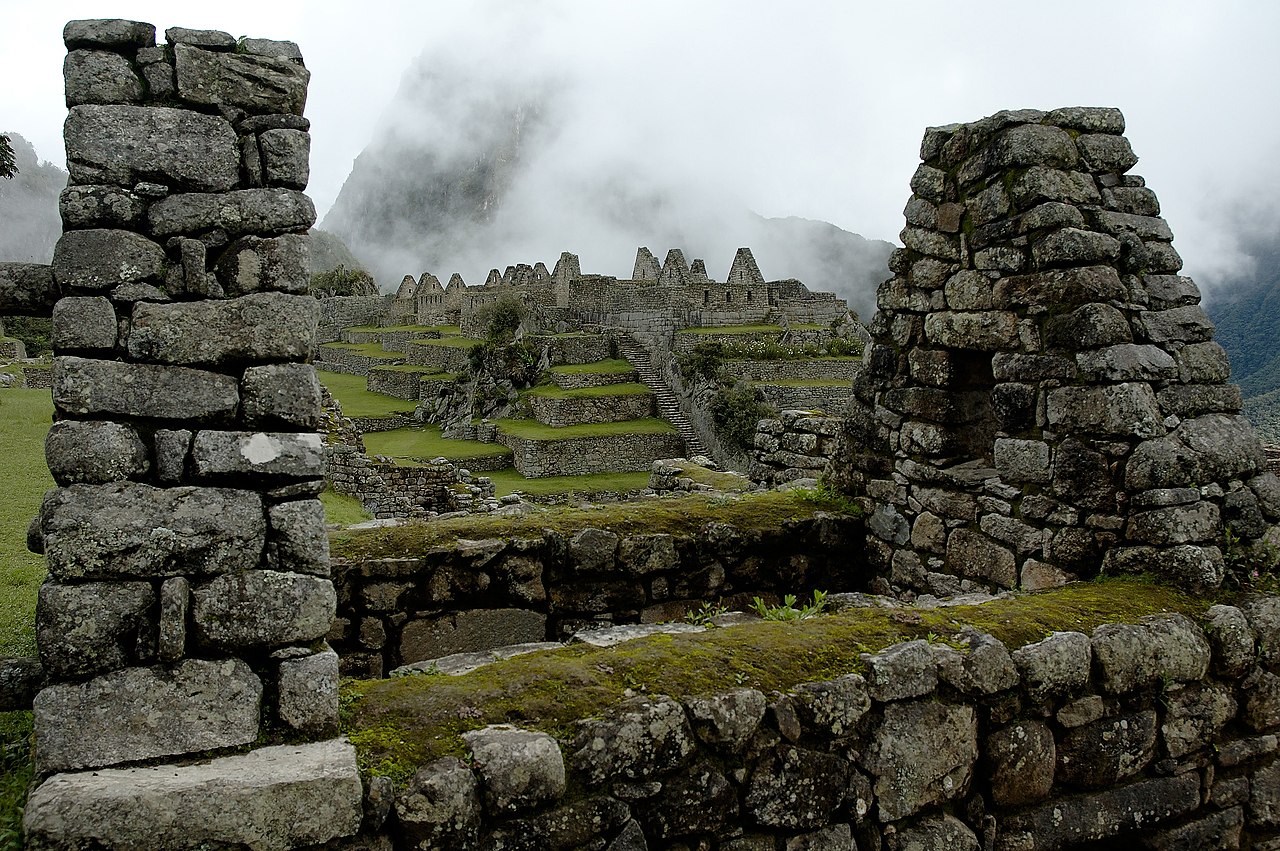 Embedded within a dramatic landscape at the meeting point between the Peruvian Andes and the Amazon Basin, the Historic Sanctuary of Machu Picchu is among the greatest artistic, architectural and land use achievements anywhere and the most significant tangible legacy of the Inca civilization. Recognized for outstanding cultural and natural values, the mixed World Heritage property covers 32,592 hectares of mountain slopes, peaks and valleys surrounding its heart, the spectacular archaeological monument of “La Ciudadela” (the Citadel) at more than 2,400 meters above sea level. Built in the fifteenth century Machu Picchu was abandoned when the Inca Empire was conquered by the Spaniards in the sixteenth century. It was not until 1911 that the archaeological complex was made known to the outside world.

The approximately 200 structures making up this outstanding religious, ceremonial, astronomical and agricultural centre are set on a steep ridge, crisscrossed by stone terraces. Following a rigorous plan the city is divided into a lower and upper part, separating the farming from residential areas, with a large square between the two. To this day, many of Machu Picchu’s mysteries remain unresolved, including the exact role it may have played in the Incas’ sophisticated understanding of astronomy and domestication of wild plant species.

The massive yet refined architecture of Machu Picchu blends exceptionally well with the stunning natural environment, with which it is intricately linked. Numerous subsidiary centres, an extensive road and trail system, irrigation canals and agricultural terraces bear witness to longstanding, often on-going human use. The rugged topography making some areas difficult to access has resulted in a mosaic of used areas and diverse natural habitats. The Eastern slopes of the tropical Andes with its enormous gradient from high altitude “Puna” grasslands and Polylepis thickets to montane cloud forests all the way down towards the tropical lowland forests are known to harbour a rich biodiversity and high endemism of global significance. Despite its small size the property contributes to conserving a very rich habitat and species diversity with remarkable endemic and relict flora and fauna.

Criterion (i): The Inca City of the Historic Sanctuary of Machu Picchu is the articulating centre of its surroundings, a masterpiece of art, urbanism, architecture and engineering of the Inca Civilization. The working of the mountain, at the foot of the Huaya Picchu, is the exceptional result of integration with its environment, the result from a gigantic effort as if it were an extension of nature.

Criterion (iii):The Historic Sanctuary of Machu Picchu is a unique testimony of the Inca Civilization and shows a well-planned distribution of functions within space, territory control, and social, productive, religious and administrative organization.

Criterion (vii): The historic monuments and features in the Historic Sanctuary of Machu Picchu are embedded within a dramatic mountain landscape of exceptional scenic and geomorphological beauty thereby providing an outstanding example of a longstanding harmonious and aesthetically stunning relationship between human culture and nature.

Criterion (ix): Covering part of the transition between the High Andes and the Amazon Basin the Historic Sanctuary of Machu Picchu shelters a remarkably diverse array of microclimates, habitats and species of flora and fauna with a high degree of endemism. The property is part of a larger area unanimously considered of global significance for biodiversity conservation.

Aguas Calientes (now officially Machu Picchu Pueblo) is a small town at the bottom of the valley next to Machu Picchu, and the principal access point to the site. Unless you’re on a daytrip from Cusco or plan to spend a fortune and stay at the sole lodge in Macchu Picchu itself, you will need to spend at least one night here. The town is perched on the bank of the Urubamba river. Across the river are sheer cliffs, and a creek flows down from the jungle into the river, bisecting the town. Several small bridges cross the creek. Virtually all of the streets are pedestrian-only walking streets, making it very easy to get around. Aguas Calientes is located in the cloud forest, and there are a several hikes in the jungle and along the river. The town also offers the usual activities for a tourist location. [read more]

Cuzco or Cusco (Qosqo in Quechua, Cuzco in Spanish), located in the Southern Sierras, is a fascinating city that was the capital of the Inca Empire. Cuzco is a Unesco World Heritage Site and is one of Peru’s most visited cities as it is the largest and most comfortable city from which tourists can begin visits to Machu Picchu, the Sacred Valley of the Incas, and other Inca sites in the region. Cuzco is a beautiful city with well-preserved colonial architecture, evidence of a rich and complex history. The city itself represents the center of indigenous Quechua culture in the Andes, and by merely walking the streets one sees the layers of history. Spanish colonial buildings erected directly atop Inca walls line the square, while the modern tourist nightlife flourishes in their midst. The city is surrounded by a number of ruins, the most impressive being Sacsayhuaman. [read more]

Ayacucho is in the Southern Sierra region of Peru. The population is about 100,000, altitude 2,700 m. Ayacucho is embedded in a broad sunny valley with mild climate. It is home of the Morocucho people, a group of the Quechua. During the 1980s and early 1990s, Ayacucho was mostly under control of the Sendero Luminoso, an extreme leftist terrorist group. After the successful anti-terror fights under president Fujimori, the influence of the Sendero Luminoso decreased almost completely. In the recent years, some singular activities have come up again. The area of Ayacucho is declared as zona de emergencia (emergency zone), but the only practical restriction for normal tourists seems to be the recommendation not to travel in the area during night time. The Tourist Office is found in the Plaza de Armas. The airport has flights from Lima. Small airlines in Peru are a bit sketchy. [read more]