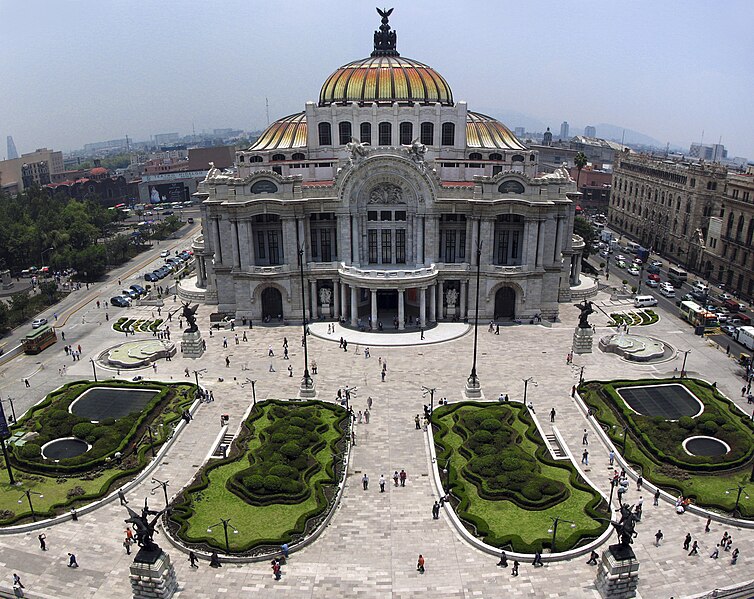 Built in the 16th century by the Spanish on the ruins of Tenochtitlan, the old Aztec capital, Mexico City is now one of the world’s largest and most densely populated cities. It has five Aztec temples, the ruins of which have been identified, a cathedral (the largest on the continent) and some fine 19th- and 20th-century public buildings such as the Palacio de las Bellas Artes. Xochimilco lies 28 km south of Mexico City. With its network of canals and artificial islands, it testifies to the efforts of the Aztec people to build a habitat in the midst of an unfavourable environment. Its characteristic urban and rural structures, built since the 16th century and during the colonial period; have been preserved in an exceptional manner. 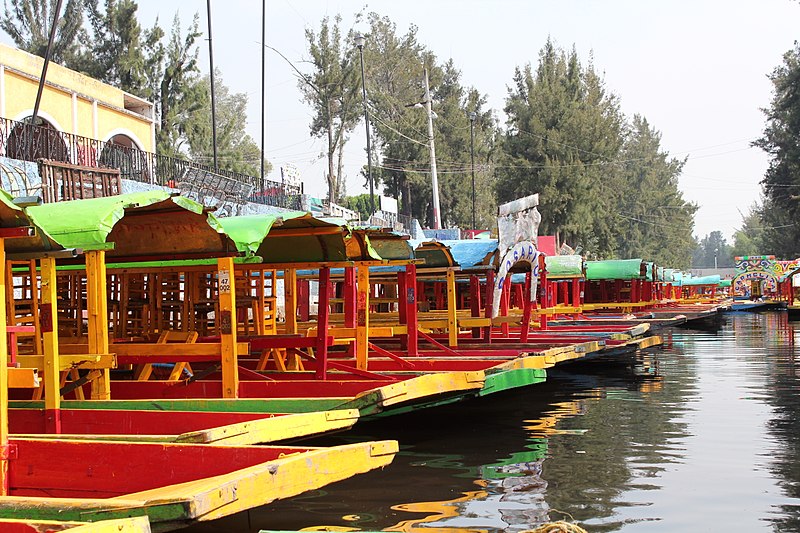 The Aztecs built what was to become the capital of their empire on a small island in the Lake of Texcoco, in the Valley of Mexico. Testimonies from the time of the arrival of the Spanish conquerors at Tenochtitlan, the capital of the Aztec Empire, account for the existence of the great lake dotted with a multitude of canoes and the island city, full of oratories like towers and fortresses and all gleaming white. The conquering Spaniards destroyed the island city of Tenochtitlan and started to drain the lake that surrounded it.

They built the capital of New Spain, Mexico City, the “city of palaces”, on the ruins of the prehispanic city, following a European model which was slightly changed by the intervention of indigenous artisans and workers, and influenced by the canals and rivers that had structured the Pre-Hispanic city. Independent Mexico maintained its capital on the same place and added its stylistic influences to the architectonic palimpsest that we are left with today.

From the 14th to the 19th century, Tenochtitlan, and subsequently, Mexico City, exerted a decisive influence on the development of architecture, the monumental arts and the use of space first in the Aztec Empire and later in New Spain. The monumental complex of the Templo Mayor (Main Temple) bears exceptional witness to the cults of an extinct civilization, whereas the cathedral and the Palace of Fine Arts are examples of colonial and late 19th century architecture. The capital of New Spain, characterized by its chequerboard layout, the regular spacing of its plazas and streets, and the splendour of its religious architecture is a prime example of Spanish settlements in the New World. The monuments, groups of buildings or sites located at the heart of the contemporary urban agglomeration amply illustrate the origins and growth of this city that has dominated the region for many centuries.

The lacustrine landscape of Xochimilco, located 28 km south of the city, constitutes the only reminder of traditional Pre-Hispanic land-use in the lagoons of the Mexico City basin. In the midst of a network of small canals, on the edge of the residual lake of Xochimilco (the southern arm of the great drained lake of Texcoco), some chinampas or ‘floating’ gardens can still be found. Parts of this half-natural, half-artificial landscape are now an ‘ecological reserve’.

Criterion (ii) : From the 14th to the 19th century, Tenochtitlan, and subsequently, Mexico City, exerted decisive influence on the development of architecture, the monumental arts and the use of space first in the Aztec kingdom and later in New Spain.

Criterion (iii) :  With its ruins of five temples erected before the Great Pyramid, and in particular the enormous monolith of Coyolxauhqui, which symbolized the end of the old cosmogony and the advent of Huitzilopochtli, the tribal god of the Aztecs, the monumental complex of the Templo Mayor bears exceptional witness to the cults of an extinct civilization.

Criterion (iv):  The capital of New Spain, characterized by its checkerboard layout, the regular spacing of its plazas and streets, and the splendor of its religious architecture (Cathedral, Santo Domingo, San Francisco, San Jeronimo, etc.) and civil architecture (palace of the Marqués de Jaral de Berrio), is a prime example of Spanish settlements in the New World.

Criterion (v): Having become vulnerable under the impact of environmental changes, the lacustrine landscape of Xochimilco constitutes the only reminder of traditional ground occupation in the lagoons of the Mexico City basin before the Spanish conquest.

Mexico City (Spanish: México, Ciudad de México or CDMX) is Mexico’s capital and the newest of the 32 states of Mexico. Prior to receiving statehood in 2016 it was also known as the Distrito Federal or D.F. The city center is built on the ruins of the Aztec capital Tenochtitlan, and later came to be the capital of New Spain, which included much of North America. The city has grown fast in the 20th century, and is today North America’s largest city (and the world’s largest Spanish-speaking city) with 8.9 million inhabitants in the city proper, and more than 20 million in the urban area. The city is administratively divided into 16 delegaciones (boroughs) which are in turn subdivided into colonias (neighborhoods), of which there are around 2150; however, it is better to think of the city in terms of districts to facilitate the visitor getting around. Many older towns like Coyoacán, San Angel and Tlalpan got merged into the urban sprawl, and each of these still manages to preserve some of their original and unique characteristics [read more].

Ecatepec, once officially Ecatepec de Morelos, is a city and municipality in the State of Mexico. Both are usually known simply as “Ecatepec”. The city is practically co-extensive with the municipality, with the city’s 2005 population of 1,687,549 being 99.9% of the total municipal population of 1,688,258. The provisional population at the 2010 Census was 1,658,806. It is Mexico’s second most populous municipality. The name “Ecatepec” is derived from Nahuatl, and means “windy hill” or “hill devoted to Ehecatl.” It was also an alternative name or invocation to Quetzalcoatl. “Morelos” is the last name of José María Morelos, a hero of the Mexican War of Independence. The Mexico City metro subway system was extended into Ecatepec. “San Cristóbal” (Saint Christopher) is the city’s patron saint. His feast day is celebrated on July 25 each year. Points of interest include the newest Catholic Cathedral in Mexico, Sagrado Corazón de Jesús, several colonial era churches and the colonel edifice :”Casa de los Virreyes” [read more].

Puebla is a city in Mexico. It is in the Puebla Valley, surrounded by volcanoes and snow-capped mountains, slightly over 110 km (68 miles) south-east of Mexico City. The city of Puebla is the fourth largest city in Mexico with 2.1 million inhabitants and the Capital of the State of Puebla. It was founded on April 16, 1531 as “La Puebla de los Ángeles”. It was the first city in central Mexico founded by the Spanish conquistadors that was not built upon the ruins of a conquered Amerindian settlement. Its strategic location, halfway between the port of Veracruz and Mexico City, made it the second most important city during the colonial period. During the seventeenth century, Sor Juana Inés de la Cruz lived in the city until her confrontation with the Bishop of Puebla. The city’s main claim to fame, however, is Cinco de Mayo, a festival commemorating the May 5, 1862 defeat of a French expeditionary army by Mexican general Ignacio Zaragoza [read more].