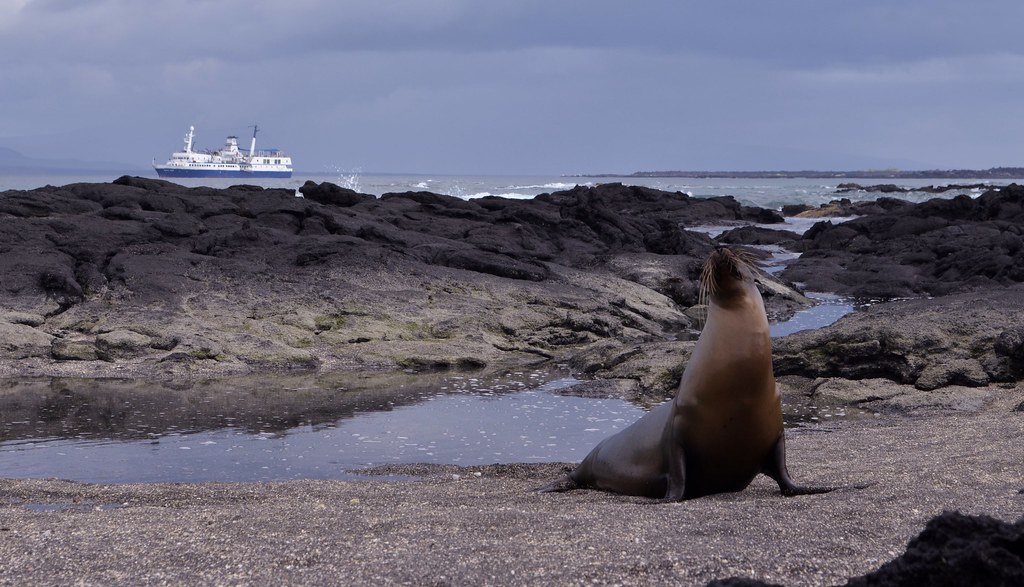 Situated in the Pacific Ocean some 1,000 km from the South American continent, these 19 islands and the surrounding marine reserve have been called a unique ‘living museum and showcase of evolution’. Located at the confluence of three ocean currents, the Galápagos are a ‘melting pot’ of marine species. Ongoing seismic and volcanic activity reflects the processes that formed the islands. These processes, together with the extreme isolation of the islands, led to the development of unusual animal life – such as the land iguana, the giant tortoise and the many types of finch – that inspired Charles Darwin’s theory of evolution by natural selection following his visit in 1835. 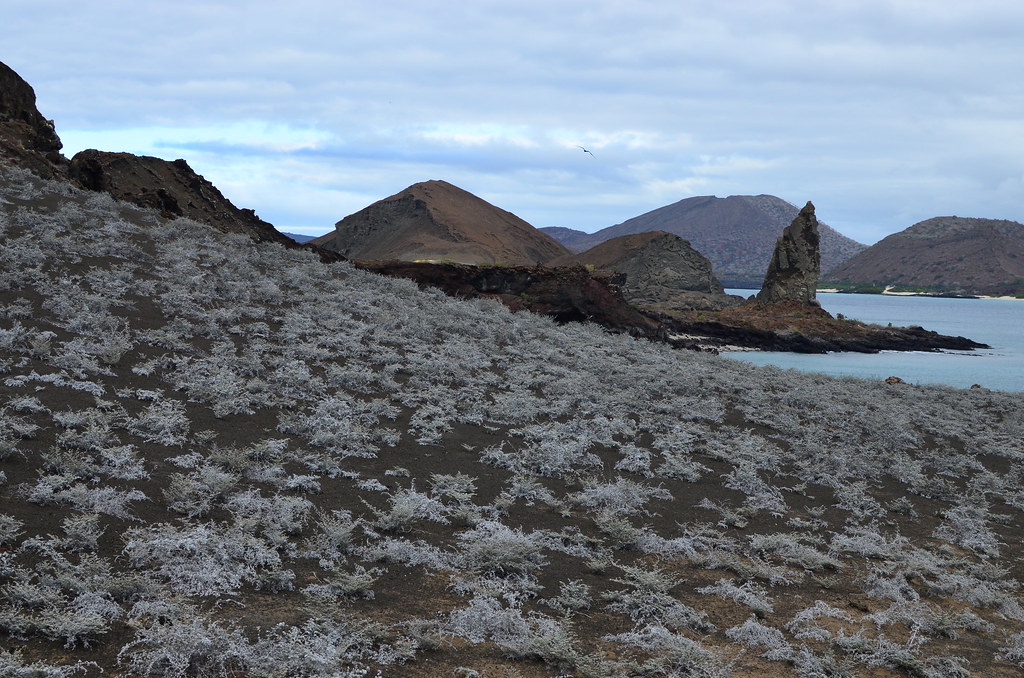 The Galapagos Islands area situated in the Pacific Ocean some 1,000 km from the Ecuadorian coast. This archipelago and its immense marine reserve is known as the unique ‘living museum and showcase of evolution’. Its geographical location at the confluence of three ocean currents makes it one of the richest marine ecosystems in the world. Ongoing seismic and volcanic activity reflects the processes that formed the islands. These processes, together with the extreme isolation of the islands, led to the development of unusual plant and animal life – such as marine iguanas, flightless cormorants, giant tortoises, huge cacti, endemic trees and the many different subspecies of mockingbirds and finches – all of which inspired Charles Darwin’s theory of evolution by natural selection following his visit in 1835.

Criterion vii: The Galapagos Marine Reserve is an underwater wildlife spectacle with abundant life ranging from corals to sharks to penguins to marine mammals. No other site in the world can offer the experience of diving with such a diversity of marine life forms that are so familiar with human beings, that they accompany divers. The diversity of underwater geomorphological forms is an added value to the site producing a unique display, which cannot be found anywhere else in the world.

Criterion viii: The archipelago´s geology begins at the sea floor and emerges above sea level where biological processes continue.. Three major tectonic plates—Nazca, Cocos and Pacific— meet at the basis of the ocean, which is of significant geological interest. In comparison with most oceanic archipelagos, the Galapagos are very young with the largest and youngest islands, Isabela and Fernandina, with less than one million years of existence, and the oldest islands, Española and San Cristóbal, somewhere between three to five million years. The site demonstrates the evolution of the younger volcanic areas in the west and the older islands in the east. On-going geological and geomorphological processes, including recent volcanic eruptions, small seismic movements, and erosion provide key insights to the puzzle of the origin of the Galapagos Islands. Almost no other site in the world offers protection of such a complete continuum of geological and geomorphological features.

Criterion ix: The origin of the flora and fauna of the Galapagos has been of great interest to people ever since the publication of the “Voyage of the Beagle” by Charles Darwin in 1839. The islands constitute an almost unique example of how ecological, evolutionary and biogeographic processes influence the flora and fauna on both specific islands as well as the entire archipelago. Darwin’s finches, mockingbirds, land snails, giant tortoises and a number of plant and insect groups represent some of the best examples of adaptive radiation which still continues today. Likewise, the Marine Reserve, situated at the confluence of 3 major eastern Pacific currents and influenced by climatic phenomena such as El Niño, has had major evolutionary consequences and provides important clues about species evolution under changing conditions. The direct dependence on the sea for much of the island’s wildlife (e.g. seabirds, marine iguanas, sea lions) is abundantly evident and provides an inseparable link between the terrestrial and marine worlds.

Criterion x: The islands have relatively high species diversity for such young oceanic islands, and contain emblematic taxa such as giant tortoises and land iguanas, the most northerly species of penguin in the world, flightless cormorants as well as the historically important Darwin’s finches and Galapagos mockingbirds. Endemic flora such as the giant daisy trees Scalesia spp. and many other genera have also radiated on the islands, part of a native flora including about 500 vascular plant species of which about 180 are endemic. Examples of endemic and threatened species include 12 native terrestrial mammal species (11 endemic, with 10 threatened or extinct) and 36 reptile species (all endemic and most considered threatened or extinct), including the only marine iguana in the world. Likewise the marine fauna has an unusually high level of diversity and endemism, with 2,909 marine species identified with 18.2% endemism. High profile marine species include sharks, whale sharks, rays and cetaceans. The interactions between the marine and terrestrial biotas (e.g. sea lions, marine and terrestrial iguanas, and seabirds) are also exceptional. Recent exploration of deep sea communities continues to produce new additions to science.

Puerto Ayora is the largest town in the Galapagos Islands. It is on the southern side of Santa Cruz island, and is connected by road and ferry to the airport on Baltra Island. Due to the central location of Santa Cruz in the islands, Puerto Ayora makes the best base for those wishing to visit the Galapagos while staying onshore. Although it is a small town, it has the best infrastructure in the Galapagos with the largest number of hotels and restaurants, as well as shopping and supplies. Services include include grocery stores, pharmacies, hardware stores, boat supplies, a small… [read more]

Puerto Baquerizo Moreno is the capital of the Galapagos Islands, on San Cristóbal Island. The island is small enough that unless you want to go to Puerto Chino, El Junco or La Galapaguera for the day or don’t feel like hiking to El Progreso, you can walk wherever you need to be. From one end to the other Puerto Baquerizo Moreno is about a 20-30 minute walk. If you don’t feel like walking, hail a taxi (hold your hand out, palm sideways and point your arm towards the ground). It should be $1 anywhere in town (including the airport). [read more]

Puerto Villamil is a town on Isabela, one of the Galapagos Islands. Most of the inhabitants live in agriculture and fishing, but also tourism is growing. It’s a nice place to hang out on the beach for a few days or do some snorkeling. There is a daily boat leaving to Puerto Ayora at 6:00am and leaving from Puerto Ayora back to Puerto Villamil at 2:00pm. It’s a rough and noisy two hour boatride and cost $30 one-way. Inter-island flights are available from EMETEBE Airlines, which operates nine seater aircraft to transport passengers and their luggage… [read more]