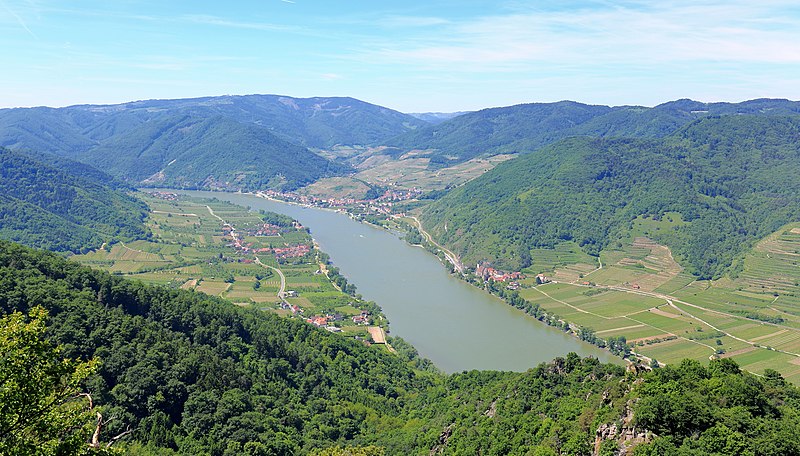 The Wachau is a stretch of the Danube Valley between Melk and Krems, a landscape of high visual quality. It preserves in an intact and visible form many traces – in terms of architecture, (monasteries, castles, ruins), urban design, (towns and villages), and agricultural use, principally for the cultivation of vines – of its evolution since prehistoric times. 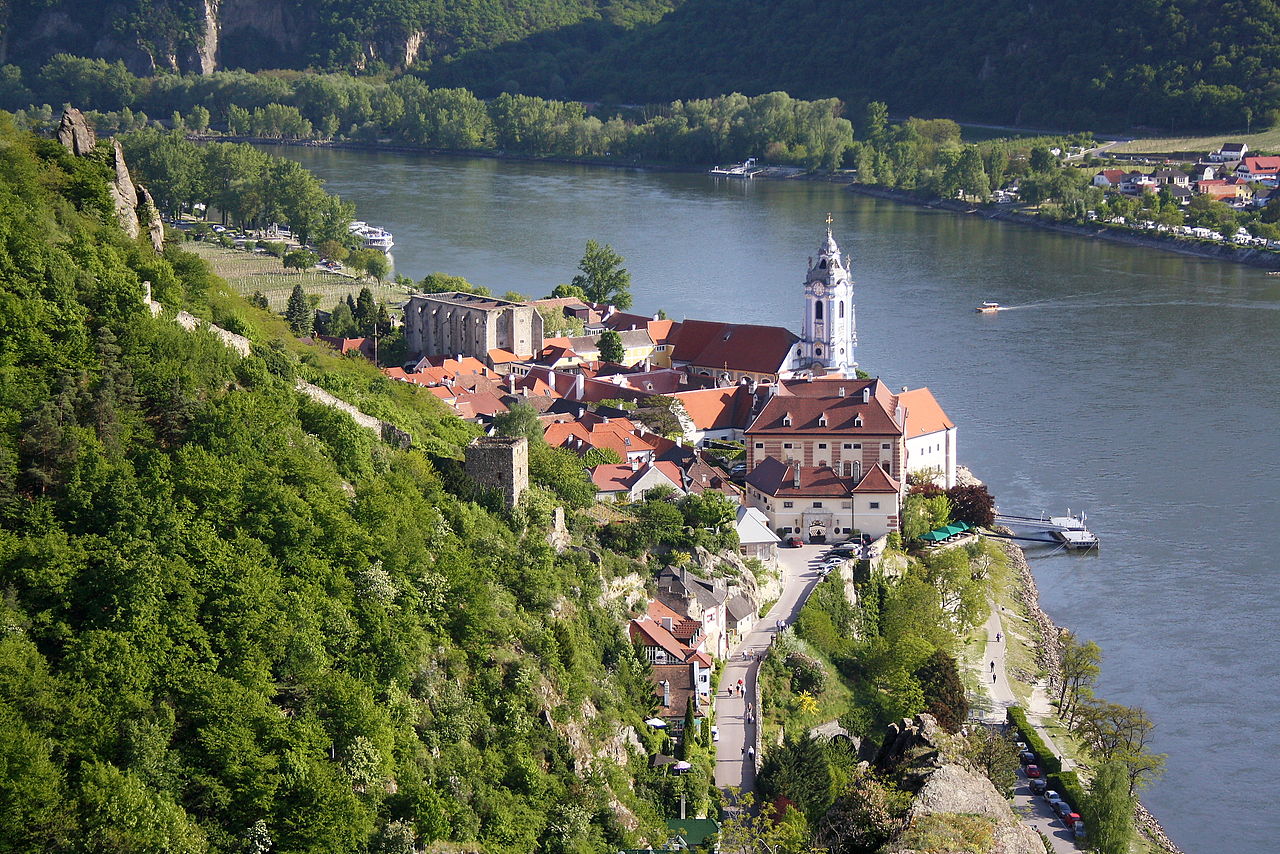 The Wachau is a stretch of the Danube located between Melk and Krems, which demonstrates high visual and landscape qualities. It showcases many intact and visible traces of its continuous, organic evolution since prehistoric times, be it in terms of architecture (monasteries, castles, ruins), urban design (towns and villages), or agricultural use (mainly for the cultivation of vines and apricot trees).

The clearing of the natural forest by local peoples began in the Neolithic period, although radical changes in the landscape did not take place until around 800, when the Bavarian and Salzburg monasteries began to cultivate the slopes of the Wachau, creating the present-day landscape pattern of vine terraces. In the centuries that followed, the acreage under cultivation fluctuated, under the influence of changes in climate and the wine market, acute labour shortages followed by wage increases in the 17th century. In the 18th century, hillside viticulture was actively promoted in ecologically optimal regions. The other areas were turned into pastures, which bore economic consequences such as the closing of some enterprises and the growth of others. It was at this time that viticulture was finally abandoned in the upper stretches of the Wachau, and the development of the countryside in the 19th century had particularly far-reaching consequences for the Wachau. The ratio of acreages used for viticulture or as orchards, which continues to be closely linked with fluctuations in the market for both kinds of products, lends the Wachau its characteristic appearance.

The basic layouts of Wachau towns date back to the 11th and 12th centuries. The development of the settlements with their homogeneous character becomes evident in the town structures, both in the fabric and arrangement of the houses on mostly irregular lots and in the street patterns, which have remained practically unchanged since the late Middle Ages. Some town centres have been somewhat extended on their outer fringes by the construction of small residential buildings, mostly from 1950 onwards. The buildings in Wachau towns date from more recent periods than the street plans. In the 15th and 16th centuries, stone construction began to replace the wooden peasant and burgher houses.

The winegrowers’ farmsteads, which are oblong and either U-shaped, L-shaped, or consisting of two parallel buildings, date back to the late Middle Ages and the 16th-17th centuries. Most of these feature lateral gate walls or integrated vaulted passages, service buildings and smooth facades, which for the most part were altered from the 18th and 19th centuries onwards. Street fronts are often accentuated by late- and post-medieval oriels on sturdy brackets, statues in niches, wall paintings and sgraffito work, remnants of paintings or rich Baroque facades. The steeply pitched, towering hipped roof occurs so frequently that it can be regarded as an architectural characteristic of the Wachau house.

Many 18th-century buildings such as taverns or inns, stations for changing draught horses, boat operators’ and toll houses, mills, smithies, or salt storehouses, frequently dating back to the 15th and 16th centuries, still serve trade and craft purposes and are partly integrated in the town structure. A number of castles dominate the towns and the Danube valley, and many architecturally and artistically significant ecclesiastical buildings dominate both the townscapes and landscapes.

Criterion (ii): The Wachau is an outstanding example of a riverine landscape bordered by mountains in which material evidence of its long historical evolution has survived to a remarkable degree.

Criterion (iv): The architecture, the human settlements, and the agricultural use of the land in the Wachau vividly illustrate a basically medieval landscape which has evolved organically and harmoniously over time.

Krems an der Donau is a riverside town in the Danube’s Wachau Valley tourist region of Lower Austria. Krems, along with neighboring cities Stein, Egelsee, Dürnstein and Spitz an der Donau are known for their world class wine production as well as their proximity to the Danube. The historic town centres of Krems and Stein are well-worth exploring. There are a number of bike trails along the Danube, as well as hiking paths through the mountains and vineyards – the tourist office can offer maps and advice. It is also possible to tour the many wineries in the area, as well as the nearby monastery [read more].

Vienna (German: Wien; Austro-Bavarian: Wean) is the capital of the Republic of Austria and by far its most populous city, with an urban population of 1.9 million and a metropolitan population of 2.4 million. It is by far the largest city in Austria and the country’s artistic, cultural, economic and political centre. It is known for its high living standards, relaxed yet elegant lifestyle and rich musical life. The thing about Vienna is that it not only is a large city, but that it has always been – as the former home of the Habsburg court and its various empires, it has always housed a large population and enjoyed a privileged position, being home to many artists, especially composers including Beethoven, Haydn, Liszt, Mozart, Schubert and Johann Strauss II. It was long the largest German-speaking city in the world before being surpassed by Berlin. The large historic city centre of Vienna filled with monuments to its imperial past is inscribed on the UNESCO World Heritage List [read more].

Graz is the capital of Styria (Steiermark) and the second largest city of Austria with a population of just below 300,000 – about 40,000 of which are students of its six universities. It has been a vital urban centre for both Styria, Austria and Slovenia, and has produced a number of talents in many fields, ranging from the inventor Nikola Tesla to the governor of California, Arnold Schwarzenegger. Graz maintains a balance between its illustrious past and modern present and features spectacular architecture from all periods, while the warm and sunny climate influenced by the closeness to the Mediterranean makes it a very nice city to visit. The roots of Graz can be traced back to Roman times, when a small fort was built where the city centre is today; Slovenians later built a larger fortress in the same place. The name “Graz” is derived from the Slovenian word gradec, which means small castle [read more].