The Sassi and the Park of the Rupestrian Churches of Matera 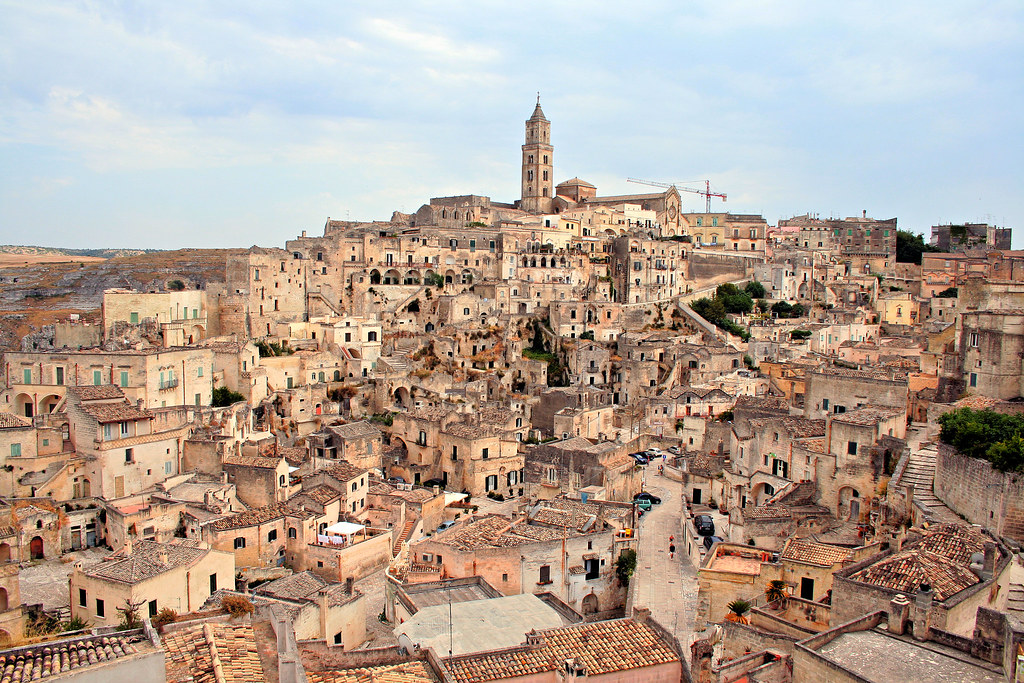 This is the most outstanding, intact example of a troglodyte settlement in the Mediterranean region, perfectly adapted to its terrain and ecosystem. The first inhabited zone dates from the Palaeolithic, while later settlements illustrate a number of significant stages in human history. Matera is in the southern region of Basilicata. 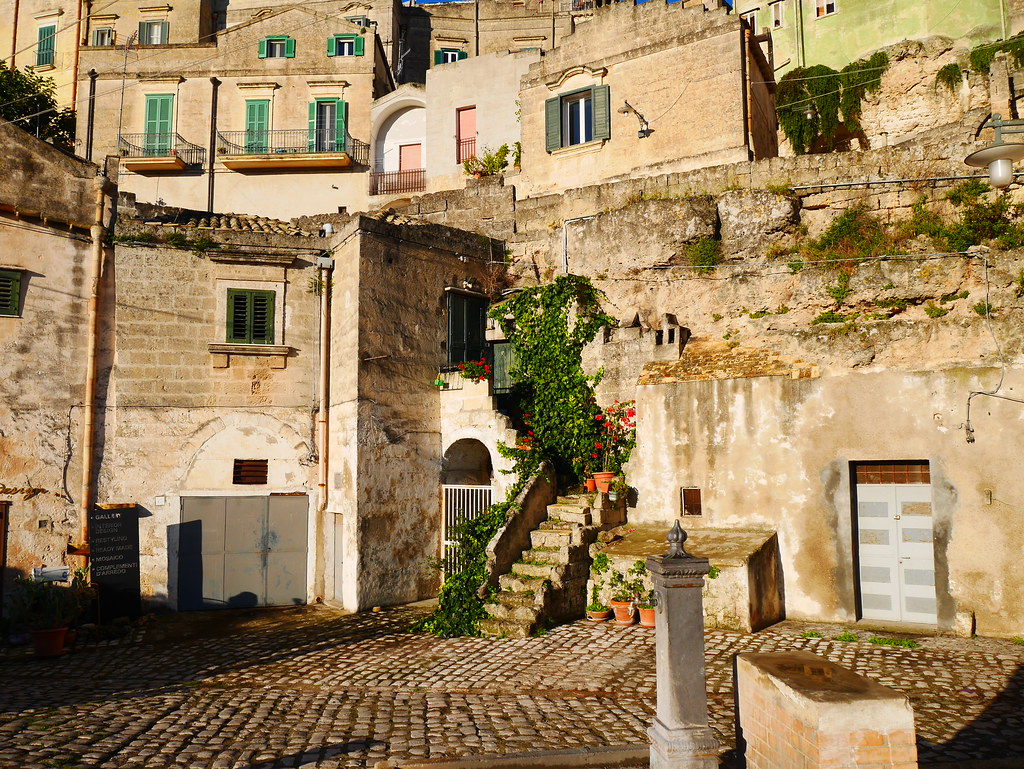 Located in the southern Italian region of Basilicata, The Sassi and the Park of the Rupestrian Churches of Matera comprises a complex of houses, churches, monasteries and hermitages built into the natural caves of the Murgia. Covering an area of 1,016 ha this remarkable and intact troglodyte settlement contains more than a thousand dwellings and a large number of shops and workshops. The property was first occupied during the Palaeolithic period and shows evidence of continuous human occupation through several millennia until the present day, and is harmoniously integrated into the natural terrain and ecosystem.

The site is composed of the ancient districts of the city of Matera and of the Park of the Rupestrian Churches which stretch over the Murgia, a calcareous highland plateau characterized by deep fault fissures, ravines, rocks and caves. The morphology of the territory, characterized by deep ravines (gravine) and bare highland plateaus, integrated with ancient cave churches, shepherd tracks marked by wells, and fortified farmhouses, form one of the most evocative landscapes of the Mediterranean.

The site was first occupied from the Paleolithic to the Neolithic era with occupation of the natural caves intensifying from the 8th century, when the city started to overshoot the boundaries of the defensive walls dated to the Roman Age and constructed all around the part of the city called Civita, which was the first inhabited nucleus. The earliest houses in the settlement were simple caves enclosed by a wall of excavated blocks on the two grabiglioni, Sasso Caveoso and Sasso Barisano. A Romanesque cathedral was built on the Civita between the two Sassi in the 13thcentury.

The historic centre retains the distinction of these the two districts, the Barisano and Caveoso, and also includes the 15th century Casalnuovo district and the 17th-18th century backbone of the city called “Piano”.

Criterion (iii): The Sassi and the Park of the Rupestrian Churches of Matera represent an outstanding example of a rock-cut settlement, adapted perfectly to its geomorphological setting and ecosystem and exhibiting continuity over more than two millennia.

Criterion (iv): The town and park constitute an outstanding example of an architectural ensemble and landscape illustrating a number of significant stages in human history.

Criterion (v): The town and park represent an outstanding example of a traditional human settlement and land-use showing the evolution of a culture which has maintained a harmonious relationship with its natural environment over time.

Altamura is a city and comune of Apulia, in southern Italy. It is located on one of a hill of the Murge plateau in the Metropolitan City of Bari, 45 kilometres (28 miles) southwest of Bari, close to the border with Basilicata. As of 2017, its population amounts to 70,595 inhabitants.[2] The city is known for its particular quality of bread called Pane di Altamura, which is sold in numerous other Italian cities. The 130,000-year-old calcified Altamura Man was discovered in the nearby limestone cave called grotta di Lamalunga. [read more]

Bari Bari is the largest and most important city of Apulia (much larger than Lecce) and stands on the Adriatic coast. It’s mainly famous for being one of the exit doors of Italy, where travellers leave on ferries for neighboring countries. The city authorities, however, have been trying to raise its tourism profile and awareness of Bari’s old town, which has retained its ancient Medieval plan and contains many historic buildings and sites. The old town was the heart of pre-Roman and Roman Bari and it is now possible to find several hip bars and restaurants open “from dusk til dawn”. [read more]

Naples represents one of the oldest continuously-inhabited cities in the world and a UNESCO World Heritage site with an unmatched heritage as a place of exchange between cultures. This is reflected in the city’s structure and monuments, which are a mixture of Greek, Roman, Norman, Angevin, Spanish and French architecture. The UNESCO evaluation committee described Naples’ historic centre – the largest in Europe – as being “of exceptional value”, and went on to say that Naples’ setting on its Bay “gives it an outstanding universal value which has had a profound influence”. But Italians have known these things for centuries… [read more]