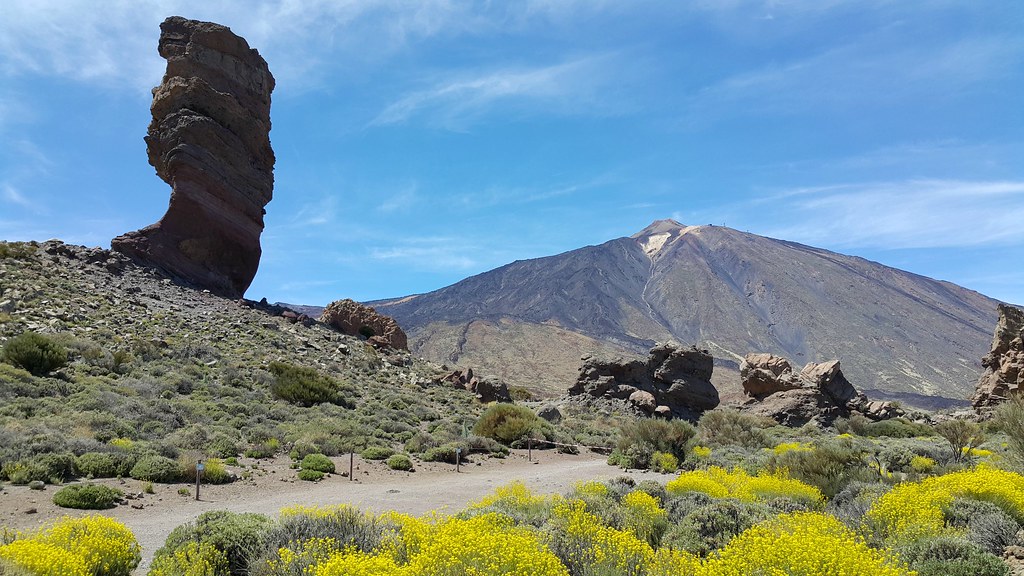 Situated on the island of Tenerife, Teide National Park features the Teide-Pico Viejo stratovolcano that, at 3,718 m, is the highest peak on Spanish soil. Rising 7,500 m above the ocean floor, it is regarded as the world’s third-tallest volcanic structure and stands in a spectacular environment. The visual impact of the site is all the greater due to atmospheric conditions that create constantly changing textures and tones in the landscape and a ‘sea of clouds’ that forms a visually impressive backdrop to the mountain. Teide is of global importance in providing evidence of the geological processes that underpin the evolution of oceanic islands. 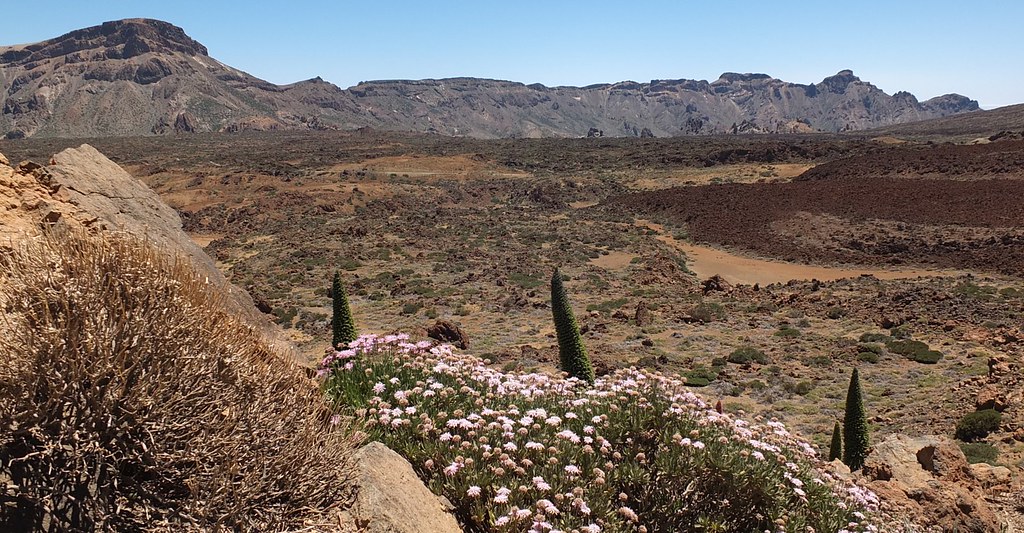 Teide National Park, dominated by the 3,718 m Teide-Pico Viejo stratovolcano, represents a rich and diverse assemblage of volcanic features and landscapes concentrated in a spectacular setting.

Criterion (vii): Mount Teide is a striking volcanic landscape dominated by the jagged Las Cañadas escarpment and a central volcano that makes Tenerife the third tallest volcanic structure in the world. Within this landscape is a superlative suite of landforms that reveal different phases of construction and remodeling of the volcanic complex and highlight its unique geodiversity. The visual impact is emphasized by atmospheric conditions that create constantly changing textures and tones in the landscape and a ‘sea of clouds’ that forms a visually impressive backdrop to the mountain.

Criterion (viii): Teide National Park is an exceptional example of a relatively old, slow moving, geologically complex and mature volcanic system.  It is of global importance in providing diverse evidence of the geological processes that underpin the evolution of oceanic islands, and these values complement those of existing volcanic properties on the World Heritage List, such as the Hawaii Volcanoes National Park.  It offers a diverse and accessible assemblage of volcanic features and landscapes in a relatively limited area.  The area is a major centre for international research with a long history of influence on geology and geomorphology especially through the work of von Humboldt, von Buch and Lyell which has made Mount Teide a significant site in the history of volcanology.

Santa Cruz de Tenerife is the capital and largest city of Tenerife. It’s also the capital city of the Canary Islands, together with Las Palmas. Santa Cruz de Tenerife is at the eastern tip of the island of Tenerife, the largest of the Canary Island chain. The municipal borough covers an area of 150 km² and it is divided into two areas: the Anaga Massif and the southern ramp formed by the lava flows that run down from the Acentejo peak to the coast. The city’s population was 205,000 in 2018. From the beginning, the economic nucleus of the city centred on the port. The first wharf, constructed in 1548, was by the beach of Añazo, later destroyed in a storm. The bay of Santa Cruz was appreciated by navigators due to its natural advantages and that turned it into a food supply centre for the ships that sailed for the New World [read more].

San Cristóbal de La Laguna, informally known as La Laguna, is a city in Tenerife. It is the oldest city on the island and has a well-preserved city centre, and in 1999 was designated a WV-Unesco-icon-small.svg UNESCO World Heritage Site. Its elevation is considerably higher than Santa Cruz de Tenerife, making it noticeably cooler than other nearby settlements. First called Aguere by the indigenous Guanche inhabitants, the entire valley and the large lake which onced existed in its depression (the Spanish name La Laguna) was originally a pilgrimage site. Following the Battle of Aguere in 1494, the Spanish established their own settlement in 1496 and declared it the capital of Tenerife, and later of all the Canary Islands. The city centre with its current layout and architecture dates largely to the late 16th century. Its urban plan was considered to be so successful that it was then used as a blueprint for later Spanish colonial cities in the New World, including such diverse places as Oaxaca, Lima, and Havana [read more].

Las Palmas de Gran Canaria is the capital of Gran Canaria, the largest city in the Canary Islands, and one of the largest cities in Spain. In 2018, it had about 380,000 residents. There is no actual city centre. The nucleus is the picturesque old town Vegueta. The city has several districts: Vegueta – Historical enclave of the city; Triana – One of the oldest districts in Las Palmas, and now the city’s commercial centre; Isleta – The district bordering the northern part of the Las Canteras beach. Most hotels are here. Las Palmas has a much windier climate than the southern parts of Gran Canaria, which makes it feel cooler. Gran Canaria Airport receives flights from Madrid (about 2½ hours), from Barcelona and Bilbao (about 3 hours), UK (4 or 4½ hours), Europe and northern Africa. See Playa de Las Canteras. Almost 4 km in length, this beach is the ve symbol of the city and its citizens [read more].