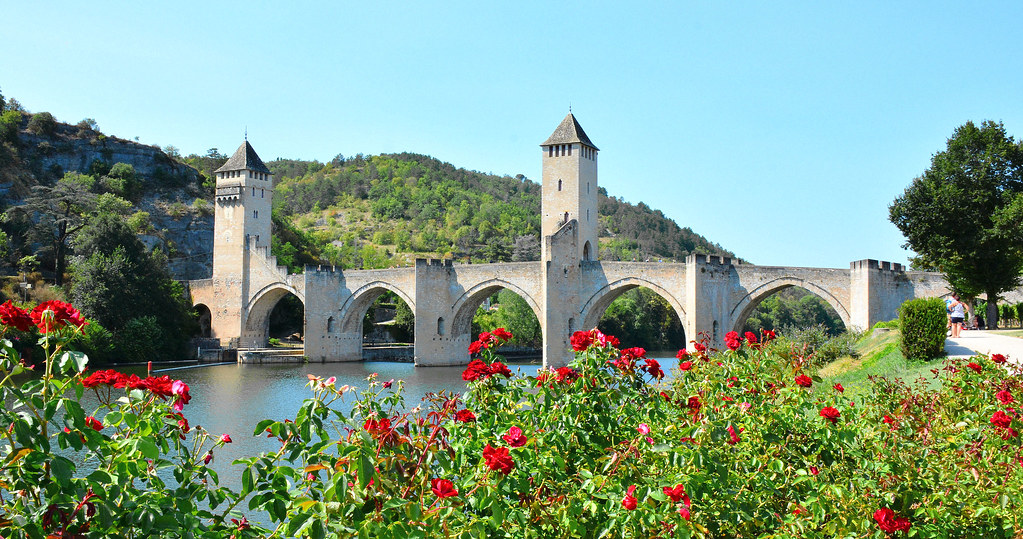 Santiago de Compostela was the supreme goal for countless thousands of pious pilgrims who converged there from all over Europe throughout the Middle Ages. To reach Spain pilgrims had to pass through France, and the group of important historical monuments included in this inscription marks out the four routes by which they did so. 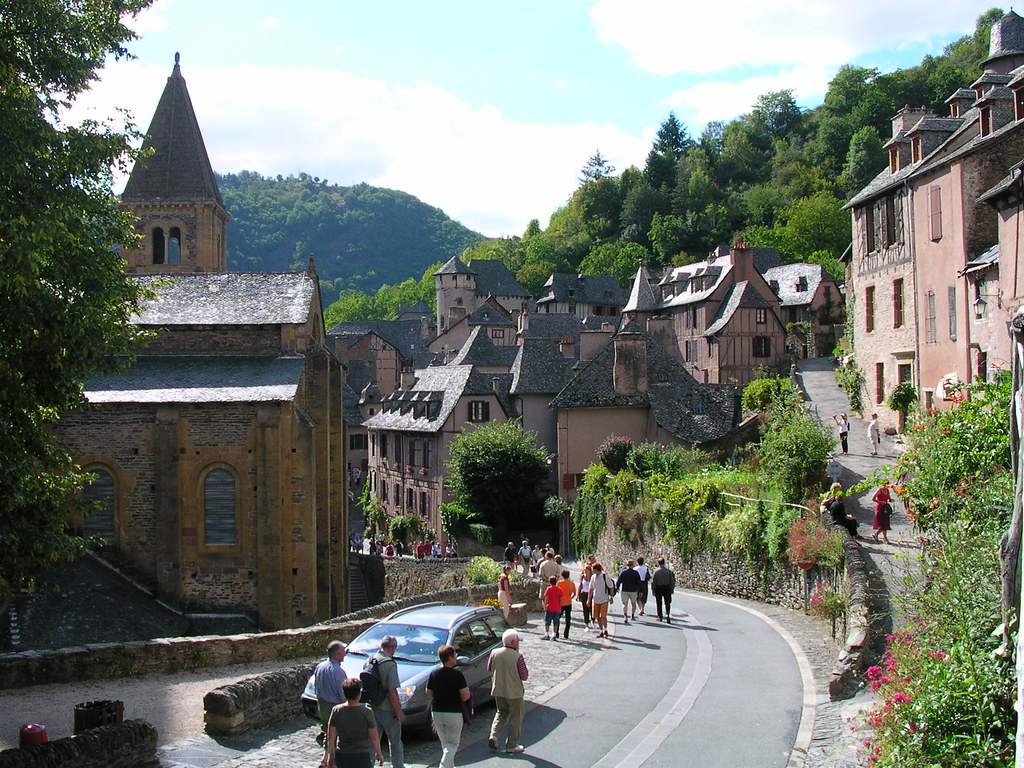 Throughout the Middle Ages, Santiago de Compostela was a major destination for numerous pilgrims from all over Europe. To reach Spain, the pilgrims had to pass through France. Four symbolic routes depart from Paris, Vézelay, Le Puy and Arles and cross the Pyrenees, joining the numerous itineraries taken by the travellers. Pilgrimage churches, simple sanctuaries, hospitals, bridges, roadside crosses bear witness to the spiritual and physical aspects of the pilgrimages. Spiritual exercise and manifestation of faith, the pilgrimage has also influenced the secular world in playing a decisive role in the birth and circulation of ideas and art.

Large sanctuaries, such as the Saint Sernin Church in Toulouse or Amiens Cathedral – some cited in the Calixtine Codex – as well as other properties, illustrate the routes and conditions of the pilgrimage over the centuries. Seventy-one elements associated with the pilgrimage have been retained to illustrate their geographic diversity, the chronological development of the pilgrimage between the 11th and 15th centuries, and the essential functions of the architecture, such as the old hospital for pilgrims at Pons, or the “Pilgrims” Bridge over the Boralde. In addition, seven sections of the Chemin du Puy are included, covering nearly 160 km of the route.

Criterion (ii): The Pilgrimage Route of Santiago de Compostela played a key role in religious and cultural exchange and development during the later Middle Ages, and this is admirably illustrated by the carefully selected monuments on the routes followed by pilgrims in France.

Criterion (iv): The spiritual and physical well-being of the pilgrims travelling to Santiago de Compostela were met by the development of a number of specialized types of edifice, many of which originated or were further developed on the French sections.

Criterion (vi): The Pilgrimage Route of Santiago de Compostela bears exceptional witness to the power and influence of the Christian faith among people of all classes and countries in Europe during in the Middle Ages.

Paris, the cosmopolitan capital of France, is one of the largest agglomerations in Europe, with 2.2 million people living in the dense (105 km²) central city, 7 million people in the Metropole du Grand Paris (814 km²) and almost 12 million people living in the metropolitan area. In the north of the country on the river Seine, Paris has the reputation of being the most beautiful and romantic of all cities, brimming with historic associations and remaining vastly influential in the realms of culture, art, fashion, food and design. Dubbed the City of Light (la Ville Lumière) and Capital of Fashion, it is home to some of the world’s finest and most luxurious fashion designers and cosmetics, such as Chanel, Christian Dior, Yves Saint-Laurent, Guerlain, Lancôme, L’Oréal, and Clarins. A large part of the city, including the banks of the Seine, is a UNESCO World Heritage Site. The city has the second highest number of Michelin-starred restaurants in the world (after Tokyo, which is much larger) and contains numerous iconic landmarks such as the Eiffel Tower, the Arc de Triomphe, Notre-Dame de Paris, the Louvre, the Moulin Rouge and the Basilique du Sacré Cœur, making it one of the most popular international tourist destinations in the world, with around 14 million tourists annually [read more].

Marseille is the second most populated city of France (and third urban area) the biggest Mediterranean port and the economic center of the Provence-Alpes-Côte d’Azur region. In 2013 the city (with its region) was the European Capital of Culture, a large series of cultural events took place, and several new infrastructures were inaugurated. Marseille has a complex history. It was founded by the Phoceans (from the Greek city of Phocea) in 600 B.C. and is one of the oldest cities in Europe. The town is a far cry from the Cézanne paintings and Provençal clichés of sleepy villages, “pétanque” players and Marcel Pagnol novels. With around one million inhabitants, Marseille is the second largest city in France in terms of population and the largest in terms of area. Its population is a real melting pot of different cultures. It is also said that there are more Comorian people in Marseille than in Comoros [read more]!