Mont-Saint-Michel and its Bay 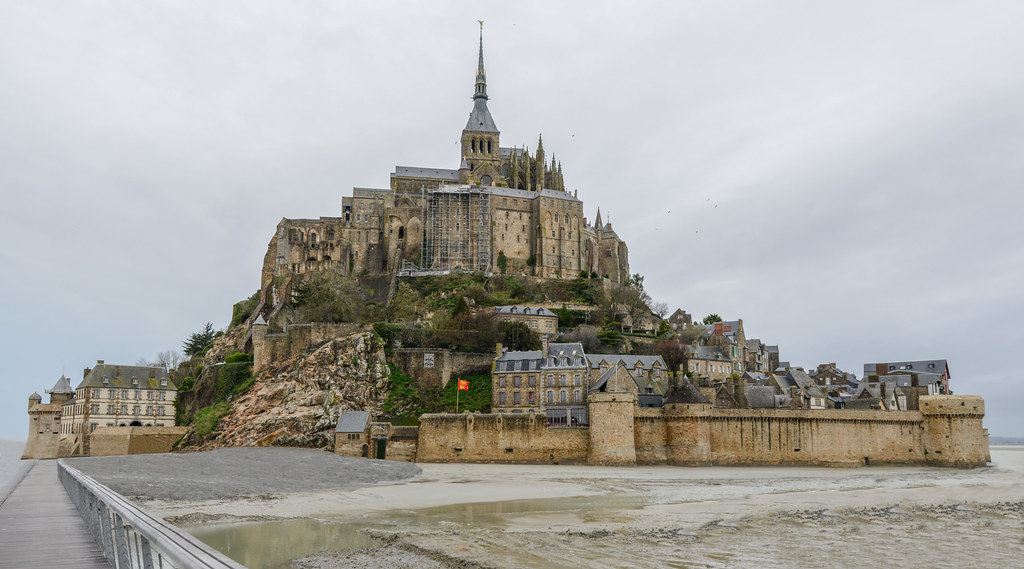 Perched on a rocky islet in the midst of vast sandbanks exposed to powerful tides between Normandy and Brittany stand the ‘Wonder of the West’, a Gothic-style Benedictine abbey dedicated to the archangel St Michael, and the village that grew up in the shadow of its great walls. Built between the 11th and 16th centuries, the abbey is a technical and artistic tour de force, having had to adapt to the problems posed by this unique natural site. 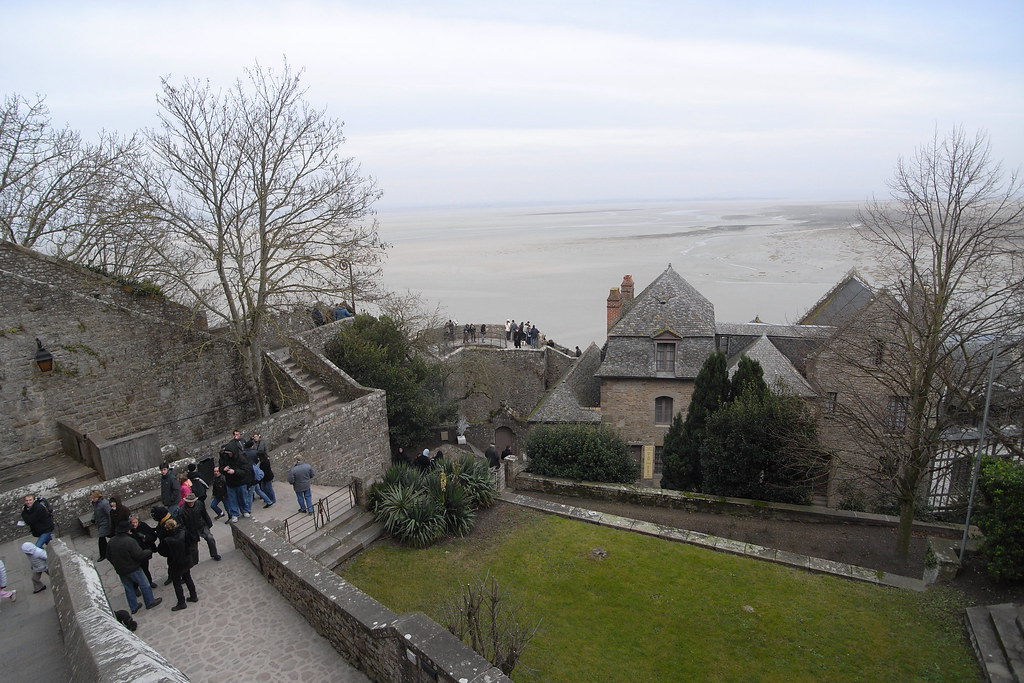 Perched on a rocky islet in the midst of vast sandbanks exposed to powerful tides, at the limit between Normandy and Brittany, stands “Wonder of the West”, a Gothic-style Benedictine abbey dedicated to the Archangel St Michel, and the village that grew up in the shadow of its walls. Built between the 11th and 16th centuries, the abbey is a technical and artistic tour de force, having had to adapt to the problems posed by this unique natural site. Thus, the practical and aesthetic solutions inscribed in the stones of the edifice are henceforth inseparable from its natural environment.

This Benedictine abbey, founded in 966, was erected on a sanctuary dedicated to the Archangel Michel since 708 and conserves some vestiges of the Romananesque period. The older part of the present abbey, the small pre-Romanesque church with a double nave, Notre-Dame-sous-terre, in granite masonry and flat bricks, dates back undoubtedly to the 10th century. The contribution of the Romanesque period is still visible in the nave of the abbey church, whose crossing is supported by the rock summit, and in a group of conventual staggered buildings (the chaplaincy or gallery of Aquilon, the covered gallery of the monks of which the vault, constructed after 1103, would be one of the earliest examples of ribbed vaulting).

But it is the masters of the Gothic period who, benefiting as best they could from the restricted area, invented the high walls, the soaring masses, the open volumes, the airy pinacles and the sharp silhouette of the rock. The new body of the conventual buildings, built from 1204, merits the name of “Merveille” (Marvel) for the elegance of its conception. Above the chaplaincy of the 12th century, it comprises the celebrated rooms known as the ‘Hôtes’ and the ‘Chevaliers’ and, on the uppermost floor, in addition to the vast body of the refectory, the cloister with colonnettes grouped in five, open on one side to the sea. Among the many later additions, mention should be made of the flamboyant choir of the abbey church, begun in 1448 to replace the Romanesque choir which had previously collapsed.

The Mont-Saint-Michel, sanctuary located in a difficult place of access, in accordance with the tradition of places of worship dedicated to Saint Michel, place of pilgrimage frequented throughout the Middle Ages, and later seat of a Benedictine abbey of strong intellectual influence, is in its most characteristic aspects, one of the most important sites of Christian civilization in the Middle Ages.

Criterion (i): Through the unique combination of the natural site and the architecture, the Mont-Saint-Michel constitutes a unique aesthetic success.

Criterion (iii): Mont-Saint-Michel is an unequalled ensemble, as much because of the co-existence of the abbey and its fortified village within the confined limits of a small island, as for the originality of the placement of the buildings which accord with its unforgettable silhouette.

Criterion (vi): Mont Saint-Michel is one of the most important sites of medieval Christian civilization.

Saint Malo is a small walled coastal city in Brittany, France. Once the feared base of pirates (corsairs), heavily fortified against Norman (or English) attack, today’s Saint-Malo is one of the top tourist draws in Brittany. The star of the show is the atmospheric walled city (intramuros), largely destroyed in the second world war but painstakingly reconstructed. The modern towns of Parame and Saint-Servan lie outside the walls. Saint-Malo has a good bus system, with the main terminals located at the train station and just outside the walls (St Vincent) [read more].

Rennes is the capital city of Brittany, France. Rennes is not often mentioned on tourist guides but this medium size city is well worth a visit. It has more than 200,000 inhabitants in the municipality itself (more than 300,000 in the urban unit which includes some suburbs in neighbouring municipalities, more than 400,000 in its new “Métropole” created in 2016, and more than 700,000 in the urban area), of whom about 60,000 are students. This gives the city a vibrant nightlife [read more].

Nantes is the capital of the north-western French region of Pays de la Loire. That said, Nantes has strong historical connections with the adjoining region of Brittany, and is the historical capital of the region (though not its official capital since the days of Napoleon). Nantes was once an important port located 50 km up the Loire River. It grew rich on the triangular trade with Africa and the West Indies. Nantes is also famous for being the home of the science fiction writer Jules Verne [read more].