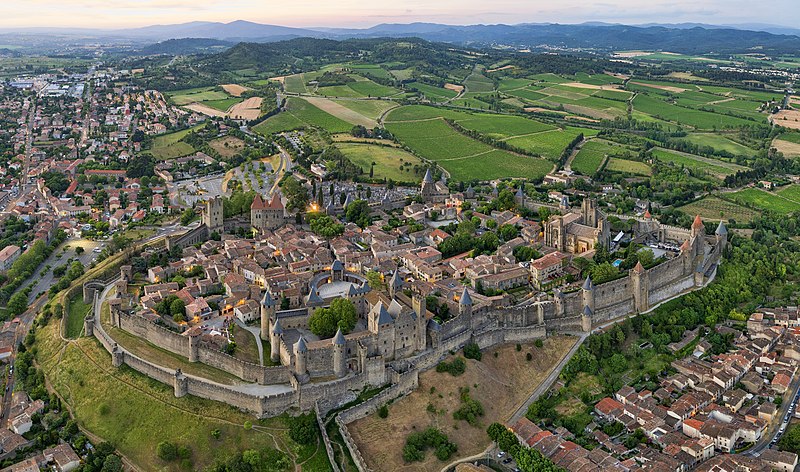 Since the pre-Roman period, a fortified settlement has existed on the hill where Carcassonne now stands. In its present form it is an outstanding example of a medieval fortified town, with its massive defences encircling the castle and the surrounding buildings, its streets and its fine Gothic cathedral. Carcassonne is also of exceptional importance because of the lengthy restoration campaign undertaken by Viollet-le-Duc, one of the founders of the modern science of conservation.

The Committee decided to inscribe this property on the basis of criteria (ii) and (iv), considering that the historic town of Carcassonne is an excellent example of a medieval fortified town whose massive defences were constructed on walls dating from Late Antiquity. It is of exceptional importance by virtue of the restoration work carried out in the second half of the 19th century by Viollet-le-Duc, which had a profound influence on subsequent developments in conservation principles and practice.

Narbonne is a city in Aude, Languedoc-Roussillon, France. Narbonne was an important place in Roman times, being at the junction between the Via Domitia and the Via Aquitania. Trade was prominent here and there was a Forum and warehouses for grain and products. The underground storage sites are worth visiting. Much of the city centre can be covered on foot. There is also a free (tiny!) shuttle bus that cuts a route from the Mediatheque along the canal and around other parts of town [read more].