Successively a Roman municipium, the capital of the Visigothic Kingdom, a fortress of the Emirate of Cordoba, an outpost of the Christian kingdoms fighting the Moors and, in the 16th century, the temporary seat of supreme power under Charles V, Toledo is the repository of more than 2,000 years of history. Its masterpieces are the product of heterogeneous civilizations in an environment where the existence of three major religions – Judaism, Christianity and Islam – was a major factor. 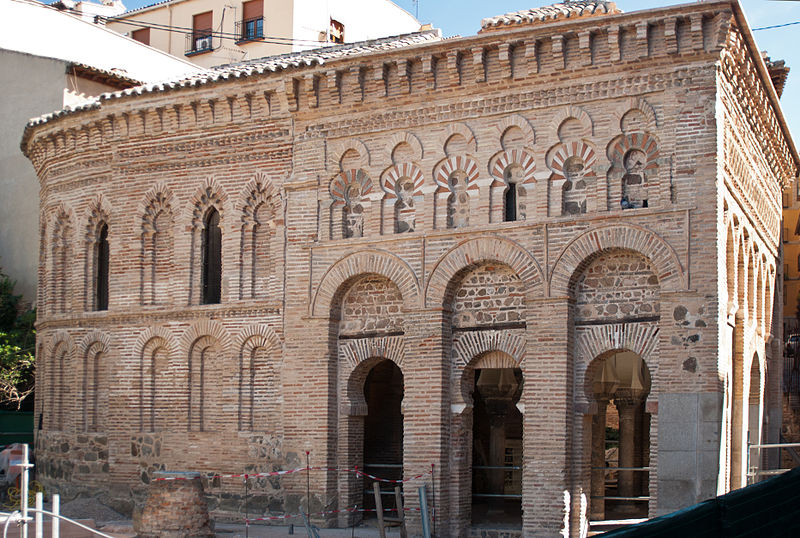 Toledo is a historic city in Castilla La Mancha, sitting majestically above the Tagus River and denoted a UNESCO heritage site in 1986. It is a very worthwhile day-trip from Madrid, only half an hour by train. The history of Toledo dates back to Roman occupation (Toletum) circa 192BC. The ruins of the Roman circus are still visible just outside the walls of the city. Roman occupation was followed by Visigoth rule, Muslim rule and finally the Reconquest of Toledo in 1085AD. Toledo was the capital of the Spanish empire until the mid-1500s when the royal court moved to Madrid. The winding, cobbled streets of the old town are often crowded with locals and tourists, as well as a surprisingly large number of cars and vans. Don’t miss the 13th century cathedral or the Alcázar which sits atop the town and dates back to Roman times. As a visitor to Toledo, you are not allowed to pick or collect anything off the street because the entire city is a gazetted monument [read more].

Madrid is Spain’s capital and largest city, with 3.3 million citizens. 6.5 million people live in the autonomous community of the same name (Comunidad de Madrid). The city has an impressive cultural and architectural heritage, which includes grand avenues, plazas, buildings and monuments, and world-class art galleries and museums. Madrid is also renowned for gastronomic delights and nightlife lasting up until dawn. Madrid is just northeast of the geographical center of the Iberian Peninsula, in the middle of the Spanish central Castillian plateau (Meseta central), at an average altitude of 650 m (2,130 ft). Nearly all of the most famous tourist areas are in the center of the city including Puerta del Sol, Plaza Mayor, Palacio Real, and Plaza de Colón. The major streets in Madrid include the Gran Via, Alcalá Street, and Paseo de la Castellana. The climate of Madrid is continental; mainly dry and quite extreme at times. Madrid experiences a characteristically hot and dry summer, along with a fairly cold winter with frequent frosts during the night and occasional snowfalls [read more].

Salamanca is a town of around 150,000 inhabitants in western central Spain. It is the capital of Salamanca province, which is itself part of the autonomous region of Castile and Leon (Spanish: Castilla y León). The Romanesque, Gothic, Moorish, Renaissance and Baroque monuments in Salamanca’s historic centre were added to the UNESCO world heritage list in 1988. The city lies by the Tormes river on a plateau and is considered to be one of the most spectacular Renaissance cities in Europe. The buildings are constructed of sandstone mined from the nearby Villamayor quarry, and, as the sun begins to set, they glow gold, orange and pink. It is this radiant quality of the stones that has given Salamanca the nickname La Dorada, the golden city. In 1218, Alfonso X of León (Alfonso the Wise) founded the university – one of the first in the world. In 1254, Pope Alexander IV called it “one of the four leading lights of the world” [read more].