During the Warsaw Uprising in August 1944, more than 85% of Warsaw’s historic centre was destroyed by Nazi troops. After the war, a five-year reconstruction campaign by its citizens resulted in today’s meticulous restoration of the Old Town, with its churches, palaces and market-place. It is an outstanding example of a near-total reconstruction of a span of history covering the 13th to the 20th century. 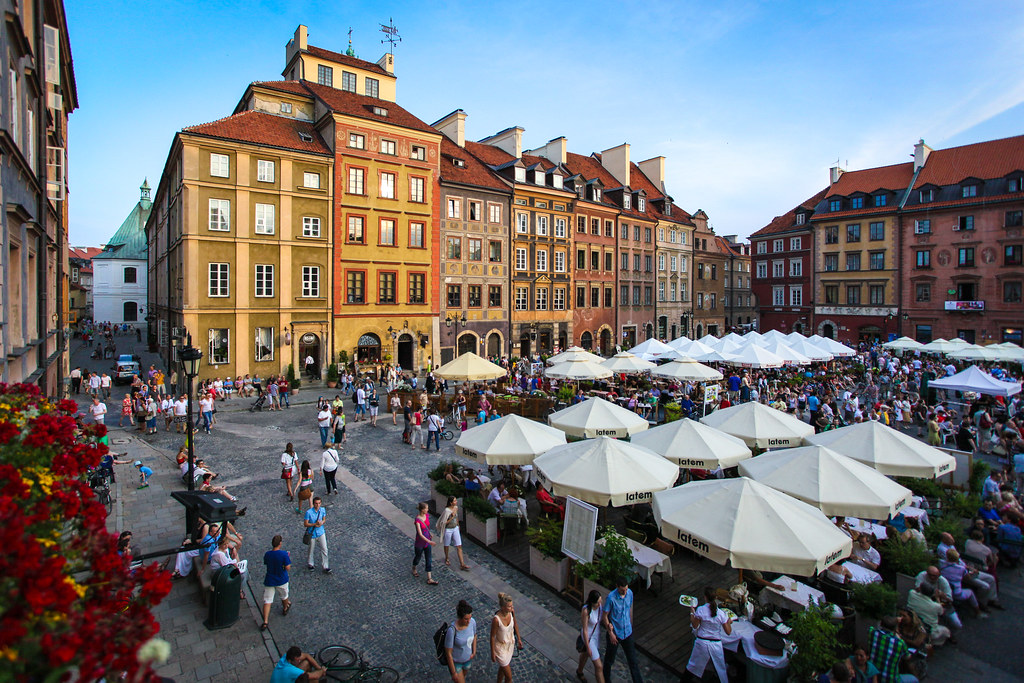 Warsaw was deliberately annihilated in 1944 as a repression of the Polish resistance to the Nazi German occupation. The capital city was reduced to ruins with the intention of obliterating the centuries-old tradition of Polish statehood. The rebuilding of the historic city, 85% of which was destroyed, was the result of the determination of the inhabitants and the support of the whole nation. The reconstruction of the Old Town in its historic urban and architectural form was the manifestation of the care and attention taken to assure the survival of one of the most important testimonials of Polish culture. The city was rebuilt as a symbol of elective authority and tolerance, where the first democratic European constitution, the Constitution of 3 May 1791, was adopted. The reconstruction included the holistic recreation of the urban plan, together with the Old Town Market, townhouses, the circuit of the city walls, the Royal Castle, and important religious buildings.

The reconstruction of Warsaw’s historic centre was a major contribution to the changes in the doctrines related to urbanisation and conservation of cities in most of the European countries after the destructions of World War II. Simultaneously, this example illustrates the effectiveness of conservation activities in the second half of the 20th century, which permitted the integral reconstruction of the complex urban ensemble.

The reconstruction of the Old Town was a coherent and consistently implemented project devised at the Warsaw Reconstruction Office in the years 1945-1951. The reconstruction project utilised any extant, undamaged structures built between the 14th and 18th centuries, together with the late-medieval network of streets, squares, and the main market square, as well as the circuit of city walls. Two guiding principles were followed: firstly, to use reliable archival documents where available, and secondly, to aim at recreating the historic city’s late 18th-century appearance. The latter was dictated by the availability of detailed iconographic and documentary historical records from that period. Additionally, conservation inventories compiled before 1939 and after 1944 were used, along with the scientific knowledge and expertise of art historians, architects, and conservators. The Archive of the Warsaw Reconstruction Office, housing documentation of both the post-war damage and the reconstruction projects, was inscribed in the UNESCO Memory of the World Register in 2011.

The rebuilding of the Old Town continued until the mid-1960s. The entire process was completed with the reconstruction of the Royal Castle (opened to visitors in 1984). The reconstruction of individual buildings and their surroundings, in the adopted format of residential housing, featuring public functions dedicated to culture and science, as well as services, carried with it numerous challenges posed by the need to adapt to the social norms and demands of the time. In order to accentuate the defensive walls and the city panorama as viewed from the Vistula, the reconstruction of some buildings was deliberately foregone. The urban layout was retained, along with the division of the street frontages into historic building plots; however, the properties within these quarters were not rebuilt, thus creating communal open areas for residents. The interior layout of buildings and residential flats was revised to meet the standards in force at the time. However, both historical room plans and interior designs were recreated in many of the buildings intended for public use. A highly regarded feature was the decoration of exterior elevations carried out by a team of renowned artists, who drew in part on designs from the interwar period. Polychrome decoration was executed using traditional techniques, including sgraffito. In spite of the adaptations and the changes introduced, the site, along with the city panorama as seen from the Vistula (which has become a symbol of Warsaw), presents a cohesive picture of the oldest part of the city.

Combining extant features with those parts of the Old Town reconstructed as a result of the conservation programme led to the creation of an urban space unique in terms of its material dimension (the form of the oldest part of the city), its functional dimension (as a residential quarter and venue for important historical, social, and spiritual events), and its symbolic dimension (an invincible city).

Criterion (ii): The initiation of comprehensive conservation activities on the scale of the entire historic city was a unique European experience and contributed to the verification of conservation doctrines and practices.

Warsaw is Poland’s capital and largest city, with 1.7 million inhabitants. It is on the Vistula River (Polish: Wisła) in the middle of the country. Warsaw’s history of rapid development after many wars that ravaged and destroyed the city has earned it a reputation as a “phoenix city”, able to recreate itself from the ruins and regain its erstwhile glory every time. During the Second World War, it suffered a fate similar to Rotterdam and Dresden in that it was almost completely razed, although in the case of Warsaw it was a much more tragic story of successive destruction and defeat. Due to the great efforts of its surviving inhabitants and, indeed the entire nation, it was rebuilt from a field of rubble, with its historic core recreated, but much of its heritage was lost. Warsaw also had one of the largest Jewish populations in Europe, which for the most part perished during the war, making Warsaw an important place of Holocaust remembrance [read more].

Płock is a town of 127,000 inhabitants (agglomeration of 203,000) in central Poland, on the river Vistula (Wisła in Polish). Płock is of special interest to fans of Art Nouveau, or secesja in Polish. If you are looking for an undiscovered tourist attraction away from the main touristic corridors, Płock is a good bet. Silent, picturesque, interesting. Recommended for a day or two. Płock has an extensive bus system with most of the town hotspots covered. The timetables and route maps can be found on the kmplock website (in Polish) or at the bus stops. Most of the buses seem to run a few times an hour and from experience they are very rarely late (unlike England), in fact if anything arrive at the bus stop 5-10 minutes before scheduled departure time as they do sometimes arrive a little early and tend not to wait. There are very modern buses on some lines while some have older ones but all are of decent standard [read more].