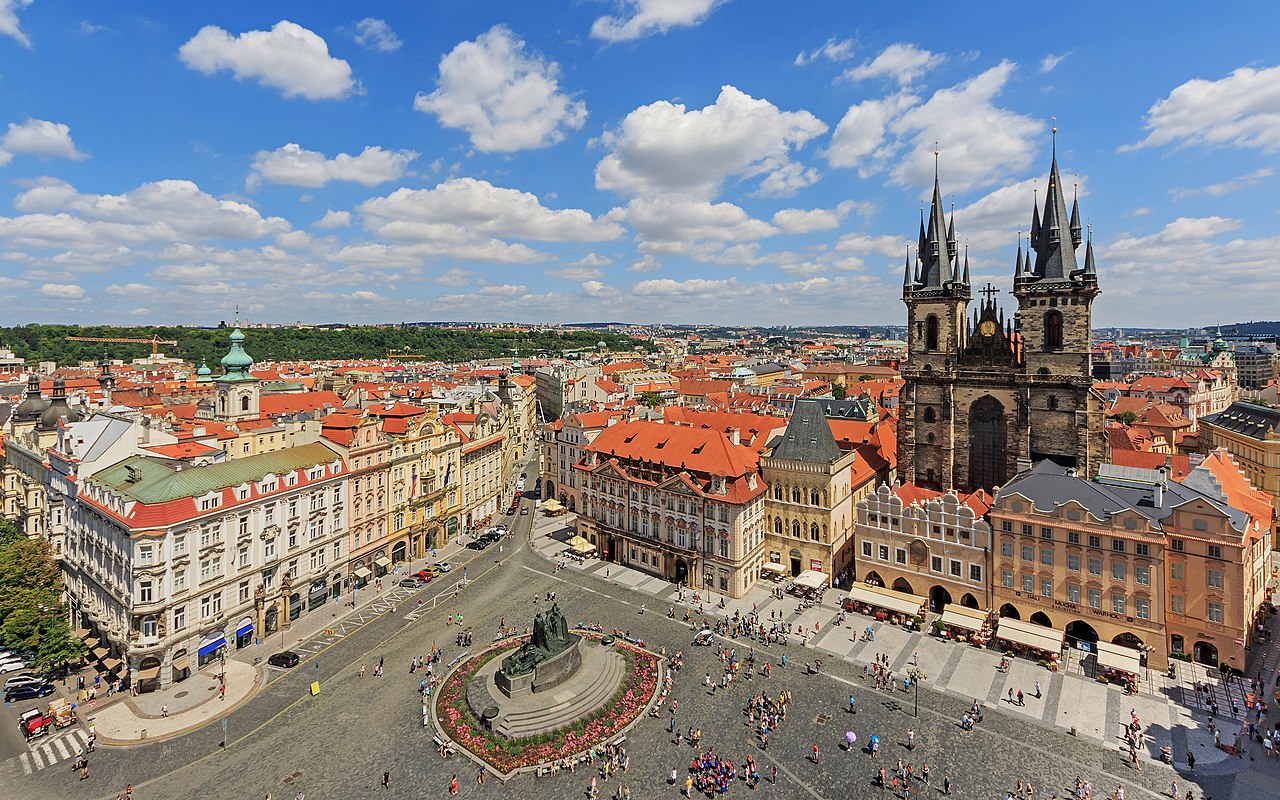 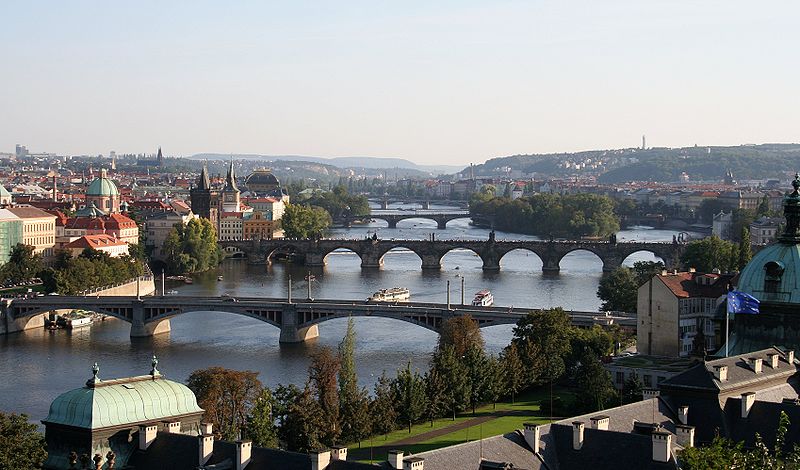 Built between the 11th and 18th centuries, the Old Town, the Lesser Town and the New Town speak of the great architectural and cultural influence enjoyed by this city since the Middle Ages. The many magnificent monuments, such as Hradcany Castle, St Vitus Cathedral, Charles Bridge and numerous churches and palaces, built mostly in the 14th century under the Holy Roman Emperor, Charles IV.

Prague is one of the most beautiful cities in Europe in terms of its setting on both banks of the Vltava River, its townscape of burgher houses and palaces punctuated by towers, and its individual buildings. The historic centre represents a supreme manifestation of Medieval urbanism (the New Town of Emperor Charles IV built as the New Jerusalem). It has been saved from any large-scale urban renewal or massive demolitions and thus preserves its overall configuration, pattern and spatial composition. The Prague architectural works of the Gothic Period (14th and 15th centuries), of the High Baroque of the 1st half of the 18th century and of the rising modernism after the year 1900, influenced the development of Central European, perhaps even all European, architecture. The historic centre also represents one of the most prominent world centres of creative life in the field of urbanism and architecture across generations, human mentality and beliefs.

In the course of the 1100 years of its existence, Prague’s development can be documented in the architectural expression of many historical periods and their styles. The city is rich in outstanding monuments from all periods of its history. Of particular importance are Prague Castle, the Cathedral of St Vitus, Hradčany Square in front of the Castle, the Valdštejn Palace on the left bank of the river, the Gothic Charles Bridge, the Romanesque Rotunda of the Holy Rood, the Gothic arcaded houses with Romanesque cores around the Old Town Square, the Church of Our Lady in front of Týn, the High Gothic Minorite Church of St James in the Old Town (Staré Mĕsto), the Early Gothic so-called Old-New Synagogue in the Jewish Quarter (Josefov), the late 19th century buildings and the medieval town plan of the New Town (Nové Mĕsto).

As early as the Middle Ages, Prague became one of the leading cultural centres of Christian Europe. The Prague University, founded in 1348, is one of the earliest in Europe. The milieu of the University in the last quarter of the 14th century and the first years of the 15th century contributed among other things to the formation of ideas of the Hussite Movement which represented in fact the first steps of the European Reformation. As a metropolis of culture, Prague is connected with prominent names in art, science and politics, such as Charles IV, Petr Parléř, Jan Hus, Johannes Kepler, Wolfgang Amadeus Mozart, Franz Kafka, Antonín Dvořák, Albert Einstein, Edvard Beneš (co-founder of the League of Nations) and Václav Havel.

The Průhonice Park (the area of 211.42 ha) was founded in the year 1885 by the Count Arnošt Emanuel Silva-Tarouca. The result of his lifelong work is an original masterpiece of garden landscape architecture of worldwide importance. The park uses advantage of the miscellaneous valley of the Botič Stream and the unique combination of native and introduced exotic tree species. The Průhonice Park became in the time of its foundation the entrance gate to Bohemia (as well as to the whole Europe) for newly introduced plants. An integral part of the park is also a Neo-Renaissance country house. In the area there is also a small medieval church of the Nativity of the Virgin Mary.

Criterion (ii): The Historic Centre of Prague admirably illustrates the process of continuous urban growth from the Middle Ages to the present day. Its important role in the political, economic, social, and cultural evolution of Central Europe from the 14th century onwards and the richness of its architectural and artistic traditions meant that it served as a major model for urban development of much of Central and Eastern Europe.

Criterion (iv): Prague is an urban architectural ensemble of outstanding quality, in terms of both its individual monuments and its townscape, and one that is deservedly world-famous.

Criterion (vi): The role of Prague in the medieval development of Christianity in Central Europe was an outstanding one, as was its formative influence in the evolution of towns. By virtue of its political significance in the later Middle Ages and later, it attracted architects and artists from all over Europe, who contributed to its wealth of architectural and artistic treasures. The 14th century founding of the Charles University made it a renowned seat of learning, a reputation that it has preserved up to the present day. Since the reign of Charles IV, Prague has been intellectual and cultural centre of its region, and is indelibly associated with such world-famous names as Wolfgang Amadeus Mozart and Franz Kafka.

Prague (Czech: Praha) is the capital and largest city of the Czech Republic. The city’s historic buildings and narrow, winding streets are testament to its centuries-old role as capital of the historic region of Bohemia. Prague lies on the banks of the beautiful, meandering Vltava River that reflects the city’s golden spires and 9th century castle that dominates the skyline. This historic atmosphere is combined with a certain quirkiness that embraces the entire city. From the Museum of Czech Cubism to the technicolor Jubilee Synagogue; the castle to the river, Prague is a bohemian capital in every sense. [read more]

Plzen (Czech: Plzeň) is in Bohemia, in the Czech Republic in Central Europe. It is the home and birthplace of the Pilsener (or pilsner) beer variety which is derived from the city’s name. It is the 4th largest city in the country and the largest city in West Bohemia, and is a convenient base for exploring this region of the Czech Republic. From Prague, bus and train are the easy options of getting there. Trains leave from Prague’s main train station hourly during the day. Buses leave frequently from Prague’s terminus metro station Zličín (line B). The trip takes approximately… [read more]

Brno (German: Brünn, Štatl in the local dialect) is the major city of Moravia (a historical region in the Czech Republic). It is the largest city in Moravia and the second largest city in the Czech Republic by population and area. It was founded around the year 1000; and since the 14th century, the city served as the capital of Moravia. Brno is the heart of Moravia and its cultural hub; it’s home to many institutions related to Moravian history and culture. At the same time, Brno represents the administrative center of the contemporary South Moravian region. [read more]