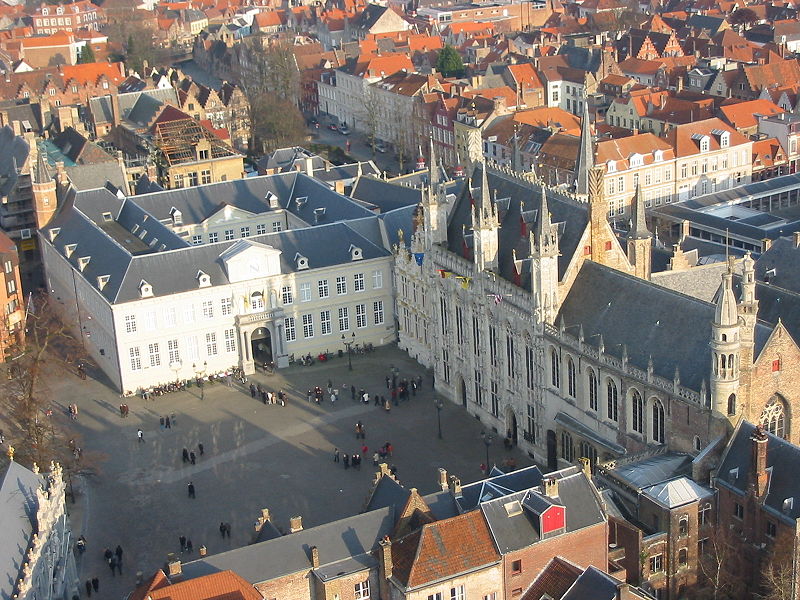 Brugge is an outstanding example of a medieval historic settlement, which has maintained its historic fabric as this has evolved over the centuries, and where original Gothic constructions form part of the town’s identity. As one of the commercial and cultural capitals of Europe, Brugge developed cultural links to different parts of the world. It is closely associated with the school of Flemish Primitive painting. 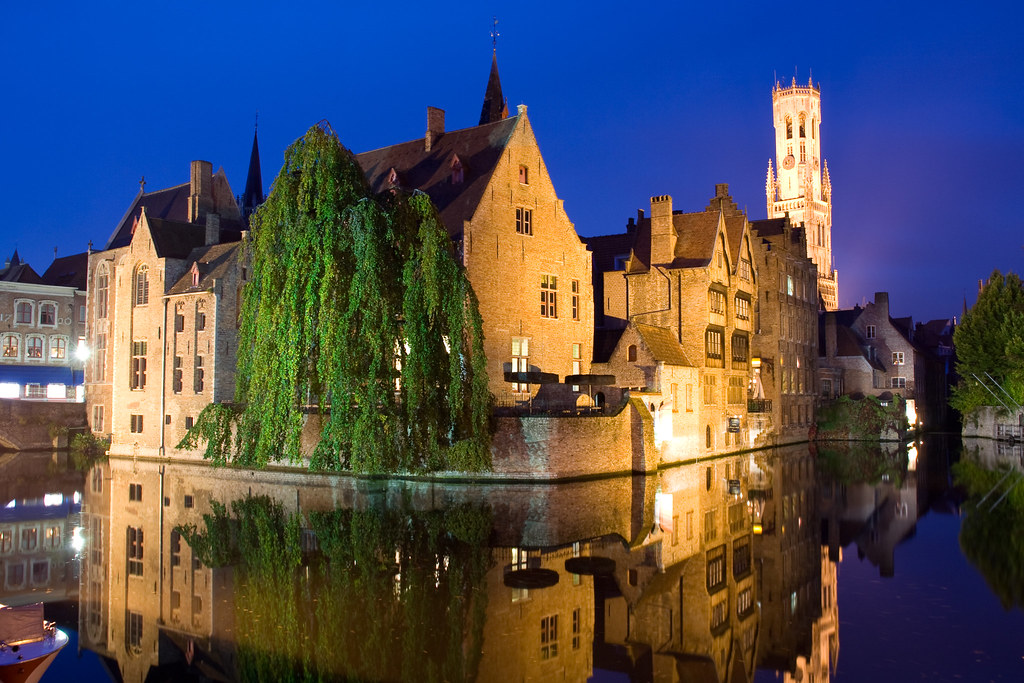 Bruges canal at night, with its belfry at the background (Herve Vry/Flickr, CC BY-NC-SA 2.0).

The Historic Centre of Brugge is an outstanding example of an architectural ensemble, illustrating significant stages in the commercial and cultural fields in medieval Europe.

Brugge in medieval times was known as a commercial metropolis in the heart of Europe.

The city reflects a considerable exchange of influences on the development of art and architecture, particularly in brick Gothic, which is characteristic of northern Europe and the Baltic. This architecture strongly determines the character of the historic centre of the city.

The 1th century city walls marked the boundaries of the medieval city. Although the walls themselves are lost today, they remain clearly visible, emphasized by the four surviving gates, the ramparts and one of the defence water towers. The medieval street pattern, with main roads leading towards the important public squares, has mostly been preserved, as well as the network of canals which, once used for mercantile traffic, played an important role in the development of the city.

In the 15th century, Brugge was the cradle of the Flemish Primitives and a centre of patronage and painting development for artists such as Jan van Eyck and Hans Memling. Many of their works were exported and influenced painting styles all over Europe. Exceptionally important collections have remained in the city until today.

Even after its economic and artistic peak at the end of the Middle Ages, building and urban development continued, although Brugge mostly missed the 19th-century industrial revolution. In the 18th and 19th centuries, many medieval parcels were joined to larger entities and new quarters were also developed. The most striking examples of large scale post-medieval interventions in the historic centre are the urbanization around Coupure (1751-1755), the Zand and the first railway station (1838), the Theatre quarter (1867), the Koningin Elisabethlaan and Gulden Vlieslaan (1897) and the creation of the Guido Gezelle-neighbourhood (1920-1930).

Brugge is characterized by a continuity reflected in the relative harmony of changes. As part of this continuity, the late 19th century renovation of facades introduced a Neo-Gothic style that is particular for Brugge. The Brugge ‘neo’ style of construction and its restoration philosophy became a subject of interest, study and inspiration.

Still an active, living city today, Brugge has preserved the architectural and urban structures which document the different phases of its development including the central Market Place with its belfry, the Béguinage, as well as the hospitals, the religious and commercial complexes and the historic urban fabric.

Criterion (iv): The Historic Centre of Brugge is an outstanding example of an architectural ensemble. The city’s public, social and religious institutions illustrate significant stages in the history of commerce and culture in medieval Europe

Criterion (vi): The Historic Centre of Brugge was birthplace of the Flemish Primitives and a centre of patronage and development of painting in the Middle Ages with artists such as Jan van Eyck and Hans Memling.

Ghent (Dutch: Gent, French: Gand) is a city in East Flanders in Belgium. Ghent is a city with a population of a quarter of a million, with rich history. At the same time, Ghent has a relatively high share of young people, and a significant seasonal student population. During the Middle Ages, Ghent was one of the richest and most powerful cities in Europe. It was once considered the second largest city north of the Alps, after Paris. The impact of this rich past can be clearly seen when viewing the imposing architecture of churches and the houses of rich traders [read more].

Antwerp (Dutch: Antwerpen, French: Anvers) is a large city and the capital of the eponymous province in the region of Flanders in Belgium. At a population of just over half a million people, it is the second largest city in Belgium (after Brussels), and it has a major European port. Due to its long and culturally rich history, the city of Antwerp houses many interesting historical buildings from different historical periods, as well as a lot of interesting museums. Antwerp is also known as the global diamond trade hub – more than 70% of all diamonds are traded in Antwerp [read more].

Charleroi, located on the river Sambre, is the third largest municipality and fifth-largest city of Belgium situated in Hainaut province of Wallonia, the French speaking part of Belgium. A former mining town, it is viewed unfavourably by Belgians, who often see it as a poor, polluted and violent city that is not attractive at all. Nevertheless, Charleroi indeed has its share of attractions, including unique museums such as the internationally-acclaimed Museum of Photography. It played an important role in the development of the Belgian comic strip culture, and in the world of modern dance, Charleroi has also become an important place due to its yearly festival [read more].