Fortifications of Vauban consists of 12 groups of fortified buildings and sites along the western, northern and eastern borders of France. They represent the finest examples of the work of Sébastien Le Prestre de Vauban (1633-1707), a military engineer of King Louis XIV. The serial property includes towns built from scratch by Vauban, citadels, urban bastion walls and bastion towers. There are also mountain forts, sea forts, a mountain battery and two mountain communication structures. This property is inscribed as bearing witness to the peak of classic fortifications, typical of western military architecture. Vauban also played a major role in the history of fortification in Europe and on other continents until the mid-19th century. 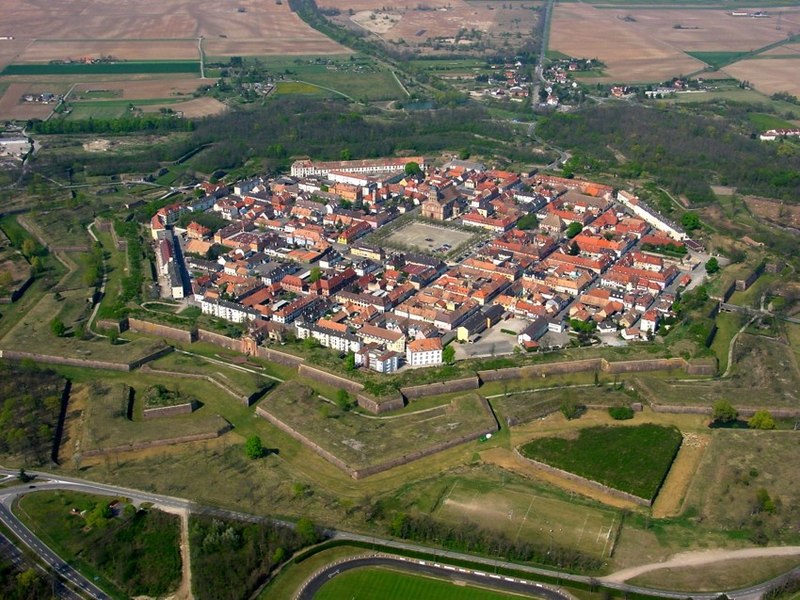 The work of Vauban constitutes a major contribution to universal military architecture. It crystallises earlier strategic theories into a rational system of fortifications based on a concrete relationship to territory. It bears witness to the evolution of European fortification in the 17th century and produced models used all over the world up to the mid-19th century, thereby illustrating a significant period of history.

Criterion (ii): Vauban played a major role in the history of fortification. The imitation of his standard-models of military buildings in Europe and on the American continent, the dissemination in Russian and Turkish of his theoretical thinking along with the use of the forms of his fortification as a model for fortresses in the Far East, bear witness to the universality of his work.

Criterion (iv): Vauban’s work illustrates a significant period of human history. It is a work of the mind applied to military strategy, architecture and construction, civil engineering, and economic and social organisation.

Strasbourg is the capital of the Grand-Est region of France and is most widely known for hosting a number of important European institutions. It is also famous for its beautiful historical centre – the Grande Île – which was the first city centre to be classified entirely as a World Heritage Site by UNESCO. Strasbourg is one of the nine largest cities in France with nearly half a million inhabitants in a metropolitan area spanning across the river into the German city of Kehl, on the eastern bank of the Rhine. The city is the seat of the Council of Europe, the European Court of Human Rights, the European Ombudsman, the Eurocorps, the European Audiovisual Observatory and, most famously, the European Parliament, which also holds sessions in Brussels. Strasbourg is a popular tourist destination primarily thanks to the beautifully preserved and pedestrian friendly city centre, which can be explored on foot or bicycle in a few days [read more].

Paris, the cosmopolitan capital of France, is one of the largest agglomerations in Europe, with 2.2 million people living in the dense (105 km2) central city, 7 million people in the Métropole du Grand Paris (814 km2) and almost 12 million people living in the metropolitan area. In the centre-north of the country on the river Seine, Paris has the reputation of being the most beautiful and romantic of all cities, brimming with historic associations and remaining vastly influential in the realms of culture, art, fashion, food and design. Dubbed the City of Light (la Ville Lumière) and Capital of Fashion, it is home to some of the world’s finest and most luxurious fashion designers and cosmetics, such as Chanel, Christian Dior, Yves Saint-Laurent, Guerlain, Lancôme, L’Oréal, and Clarins. A large part of the city, including the banks of the Seine, is a UNESCO World Heritage Site. The city has the second highest number of Michelin-starred restaurants in the world (after Tokyo, which is much larger) and contains numerous iconic landmarks such as the Eiffel Tower, the Arc de Triomphe, Notre-Dame de Paris, the Louvre, the Moulin Rouge and the Basilique du Sacré Cœur, making it one of the most popular international tourist destinations in the world, with around 14 million tourists annually [read more].